Disney World’s big 50th Anniversary Celebration has been going on for about 8 months now, and it’s not even close to being over yet! So far we’ve seen some over-the-top (and delicious) snacks, TWO new fireworks shows, exclusive merchandise, and MORE released for the iconic 18-month celebration. 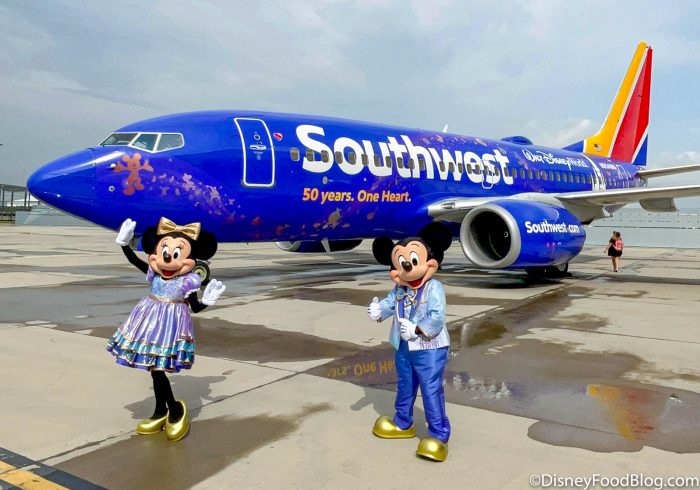 And, depending on how you get to Disney World, you might be celebrating Disney World’s 50th anniversary BEFORE you even set foot in Florida! For example, Southwest has an ENTIRE PLANE that is decked out for the party featuring EARidescent details and Disney characters both inside and out. And, now another airline has a special offering!