We’ve been taking you ALL OVER Walt Disney World recently, to search out some of those famous Disney details! 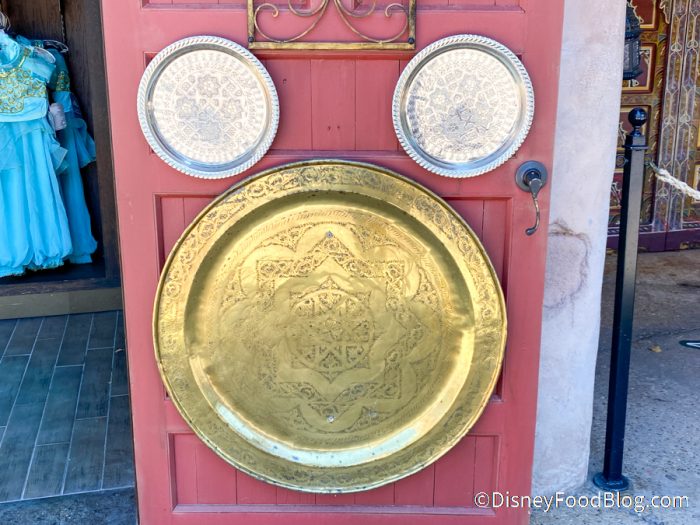 Can you see MICKEY?!

Now, some of these little gems — like Hidden Mickeys or even Hidden Remys — are simply subtle secrets for keen eyes to discover. But today, we’re doing a little bit of the reverse of seeing if you can spot a hidden detail amidst a larger setting. Instead, we’re showing you a Disney detail and YOUR job is to see if you can guess “Where in the WORLD” it is! END_OF_DOCUMENT_TOKEN_TO_BE_REPLACED END_OF_DOCUMENT_TOKEN_TO_BE_REPLACED

A few weeks ago, we received the news that BaseLine Tap House will be opening this fall in Disney’s Hollywood Studios. This new spot will serve up California beers, wines, and ciders along with a few small bites in what will be the Grand Avenue section of the park. And the offerings are fitting since Grand Avenue will be a celebration of downtown Los Angeles, complete with facades representing retail locations such as a music shop, loft apartments, and a tailor, among others.

Of course, this will bring to mind the shop and restaurant facades that previously made up this section of the park when it was known as the Streets of America. END_OF_DOCUMENT_TOKEN_TO_BE_REPLACED First, please understand that NONE of the spots mentioned below have been confirmed by Disney as facing closure. However, we can only assume that one or more of the following locations in the direct area may be affected: END_OF_DOCUMENT_TOKEN_TO_BE_REPLACED

Editor’s Note: Since the writing of this post, the Writer’s Stop has changed its offerings in light of its uncertain future due to construction in that area of the park. But you can still grab a Carrot Cake Cookie at Sweet Spells!

The Writer’s Stop is an unassuming little coffee-shop-meets-bookstore at Disney’s Hollywood Studios. But this small space is the original home to one heck of a BIG gem… and that’s the Carrot Cake Cookie, which is #OnTheList this week! The tricky thing about finding The Writer’s Stop is that it’s tucked in the Streets of America section of the park, which is dominated by false-fronts serving as studio settings of city streets. You could easily stroll right by and not even realize that it’s a functioning cafe and bookstore. END_OF_DOCUMENT_TOKEN_TO_BE_REPLACED

Typically when we’re talking about Streets of America at Disney’s Hollywood Studios, it’s because we’re reviewing some eats in that area of the park, including Pizza Planet, Mama Melrose’s, Studio Catering Co., High Octane Refreshments, and our beloved Writer’s Stop. But today we’re going to take a stroll around this part of the park that doesn’t typically get a whole lot of attention (unless it’s the holiday season when The Osborne Family Spectacle of Dancing Lights takes over).

Many people pass through this area of false fronts and forced perspective representing street sets for New York and San Francisco on the way to or from the Lights! Motors! Action! Extreme Stunt Show. But I have always loved this section of the Studios as a great place to wander around and take in loads of those famous Disney details. Among the shops and various business ventures lining these city streets, you’ll notice more than a couple of restaurants and food stops — lots of mom-and-pop-style operations that look like places locals would frequent if these settings were, in fact, real.

For instance, when you’re wandering down New York street, you just gotta love the sign that says it all… by saying next to nothing: the “Eat” sign. I don’t care what they’re serving. I’d kinda like to try it. And I can’t be the only person who wishes the Village Pizza Parlor was real every single time I walk past. Calzones and Pie by the Slice! And you have to respect a place that boasts “Macaroni” on the window. Looks to me like a place that could rival Via Napoli for Best Pizza in Disney World… if it actually existed, that is ;).

If you look up (and, as they say, you should always END_OF_DOCUMENT_TOKEN_TO_BE_REPLACED

And that’s fair, because this little stand tucked in the roundabout on the Streets of America is pretty basic. It’s not known for any sort of signature snack, and the Streets of America itself isn’t a major destination for many guests outside of the holiday season’s Osborne Family Spectacle of Dancing Lights (although I’d argue that some of the best detailing in the park can be found in this charming area, made to look like streets in New York City and San Francisco).

Plus, if you’re looking for more memorable treats in this section of the park, you’re likely more tempted by the goodies at the Writer’s Stop, like the Carrot Cake Cookie. No shame in that!

But if you’re in the mood for something savory instead of sweet, there’s a snack at Herbie’s that deserves as a mention. Before we dive in, though, here’s a peek at the full menu. For a very small space, it boasts a decent list of options (and this is the place at Hollywood Studios if you’re in the market for a Corn Dog).  But my Herbie’s go-to has become the Chili-Cheese Nachos with Pico de Gallo and Jalapeno. These are made per order, so if you’re not END_OF_DOCUMENT_TOKEN_TO_BE_REPLACED