With Star Wars: The Rise of Skywalker now released, it’s time to start preparing for the next silver screen adventure with sweet new Disney merch — like the Tatooine Spirit Jersey. 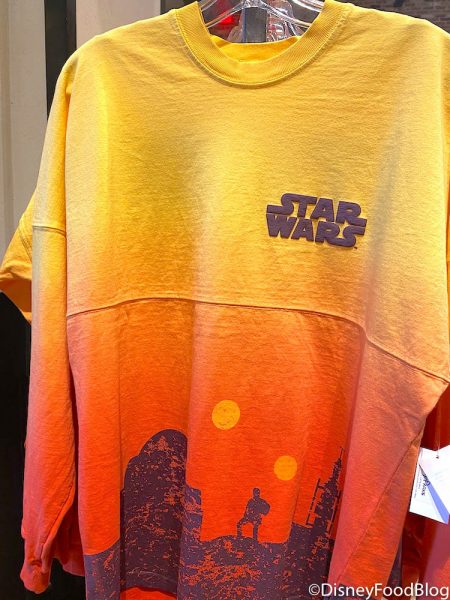 That’s why we were jumping for joy when we found this new line of Star Wars shoes on shopDisney from the Jedi Masters at TOMS!

END_OF_DOCUMENT_TOKEN_TO_BE_REPLACED We’ve got LOTS of merch and food to show ya, so let’s get started!
END_OF_DOCUMENT_TOKEN_TO_BE_REPLACED Speaking of the King of the Jungle, the Lion’s Latte is now steaming over at Joffrey’s Coffee in Disney Springs. We previously saw the hot or iced coffee blended with espresso, white chocolate, and coconut in Animal Kingdom, but it’s now journeyed into other Disney horizons. END_OF_DOCUMENT_TOKEN_TO_BE_REPLACED