The Epcot transformation is in full swing. And, while we’ll have to wait a while longer to see the changes finished, we’ve already spotted LOTS of progress!

Although we’ve said goodbye to old favorites (you’ll be missed, Fountain of Nations) we’re excited to say hellooo to places where we can make new memories with our favorite characters!

We gave you the details on the popular character meet-and-greets being re-located again to make room for the construction on the reimagined Future World. 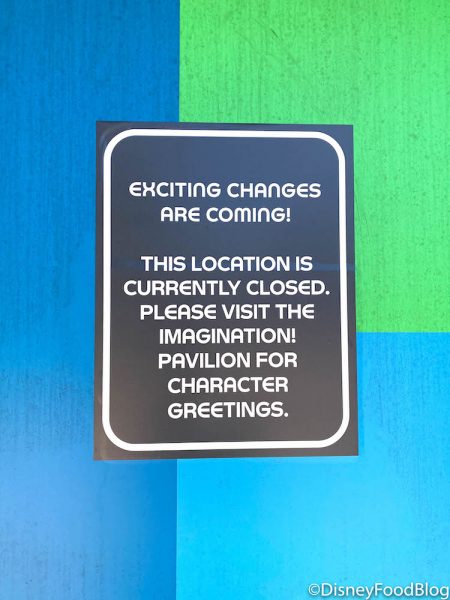 As of January 5th, the temporary Epcot Character Spot in Innoventions West has officially closed. We’ll miss the original Character Spot since it was a way to meet the big three — Mickey, Minnie, and Goofy — with one FastPass or one single line. 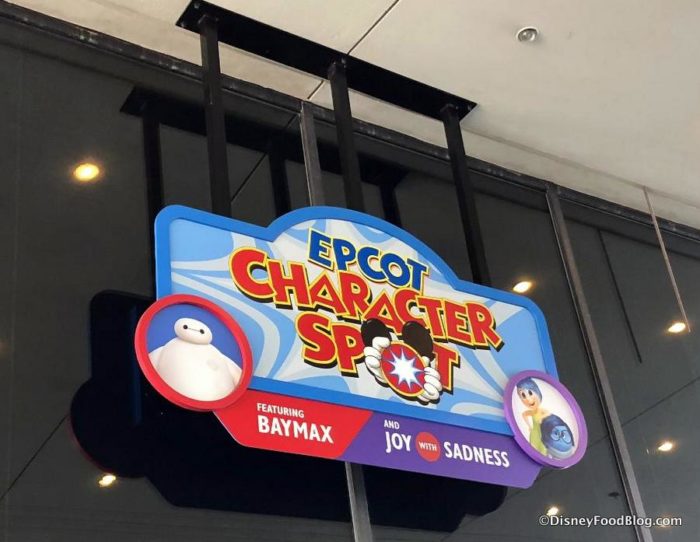 Buuuut, that doesn’t mean we have to bid adieu to our favorite characters! We’ve got the scoop on everywhere you can find your Disney pals (and we’re excited for these cute photo-ops!!). 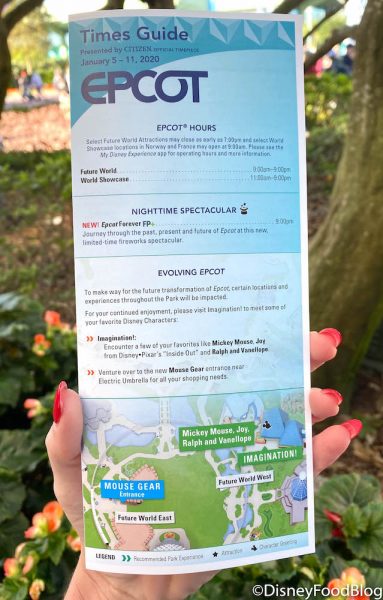 Mickey Mouse is now meeting in the Disney & Pixar Short Film Festival in the Imagination! Pavilion (we can almost hear the Steamboat Willie whistle now). 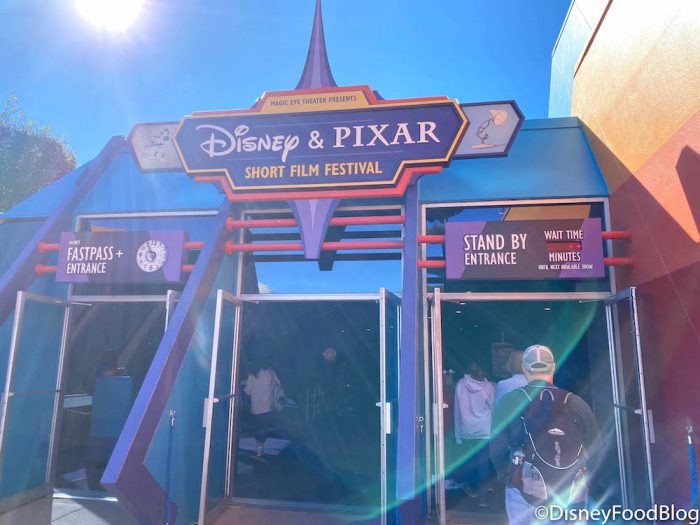 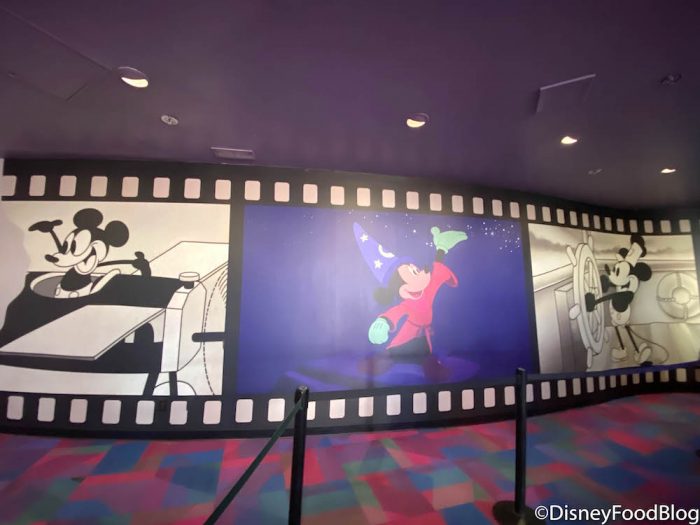 …you can follow them all the way over to Mickey’s new character spot! 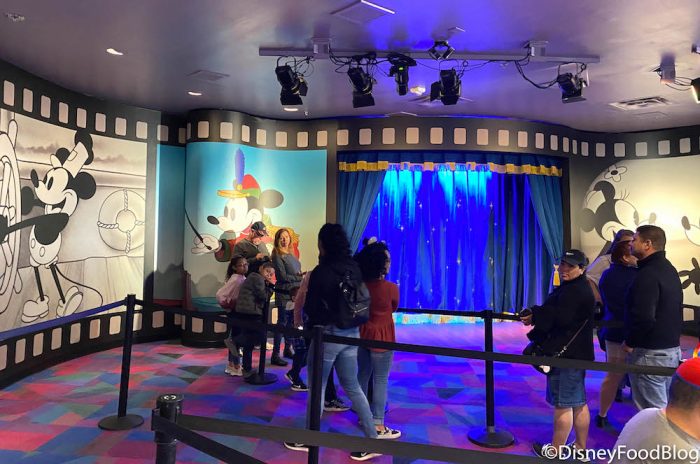 The blue, starry curtain reminds us of Mickey’s sorcerer hat (which just happens to be one of our favorite looks on him)! 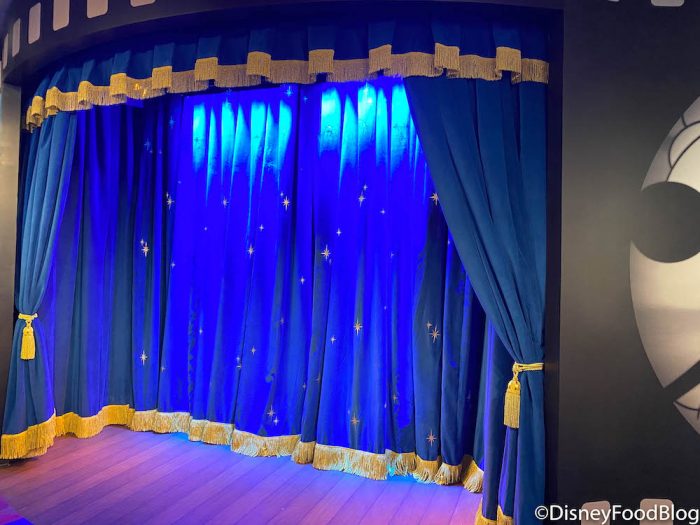 But, Mickey is actually wearing his traditional outfit for photo-ops (and looks very snazzy in it). 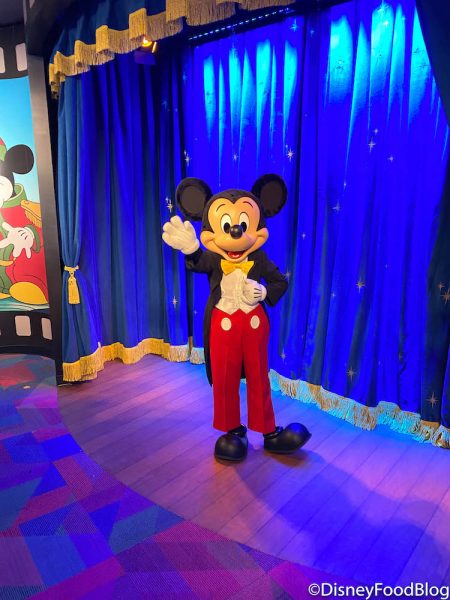 Let’s give a round of applause for the mouse that started it all! 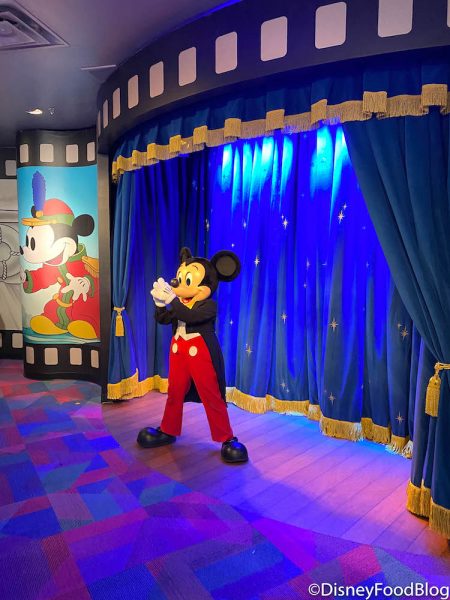 We’re jumping for joy ’cause Joy has made her way inside ImageWorks across from Ralph and Vanellope! She enters through the WiFi Link from Ralph Breaks the Internet… 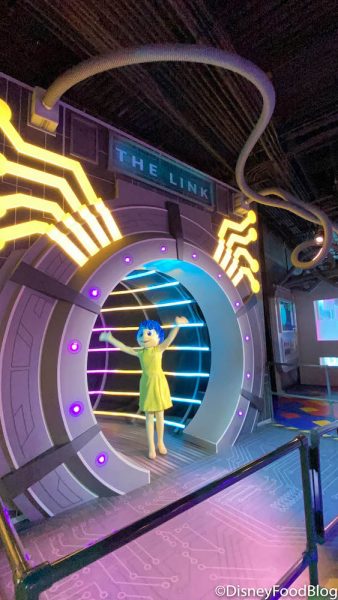 Joy Is in the House!!

…and makes her way over to Imagination Land! 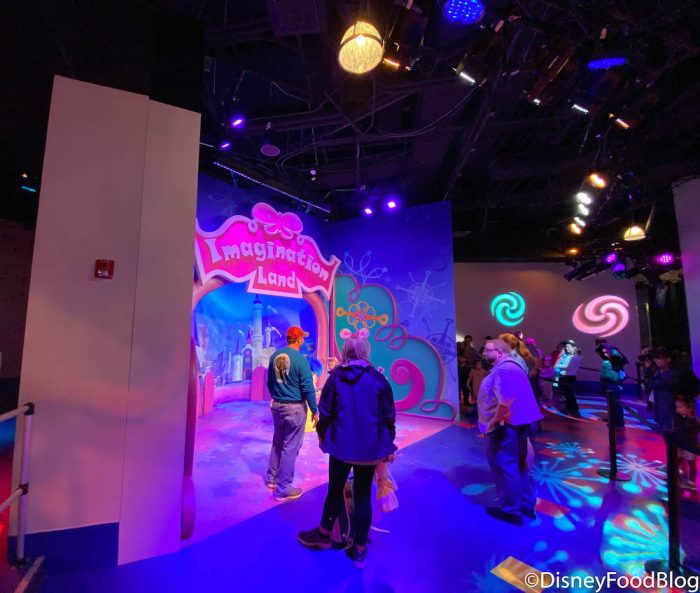 The adorable photo-op is full of bright colors… 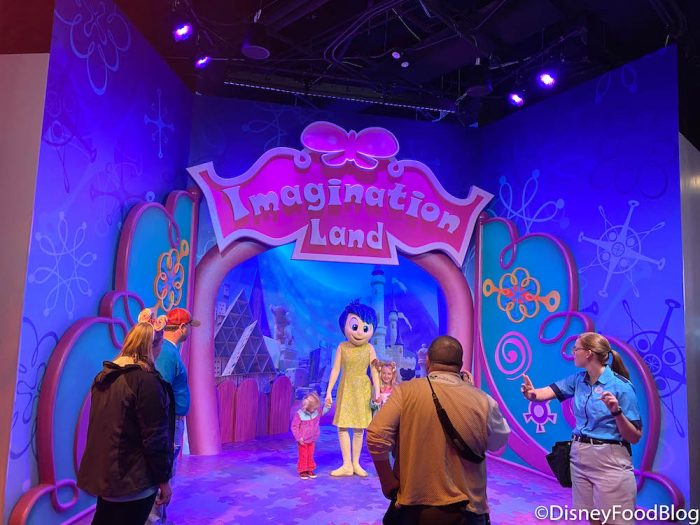 …and doodles that remind us of Inside Out‘s creativity! 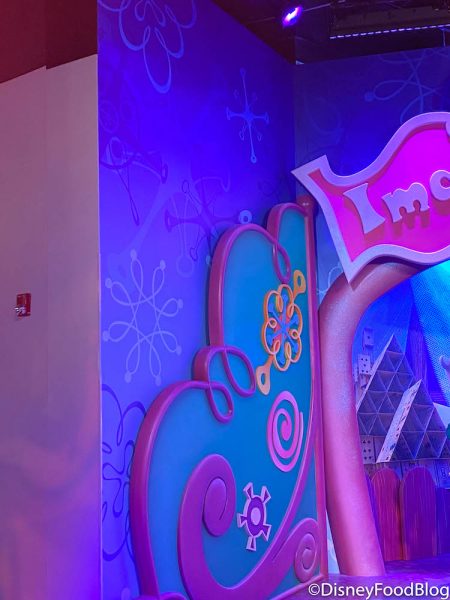 Minnie Mouse is now twirling around at the World Showcase Gazebo! This is where Daisy Duck previously met. 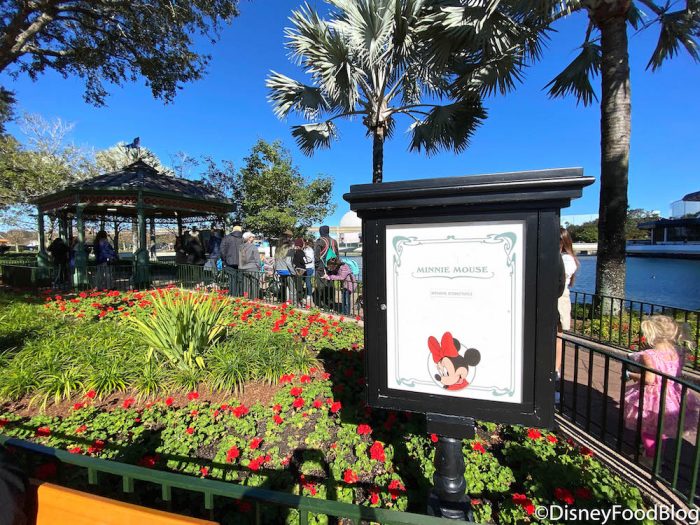 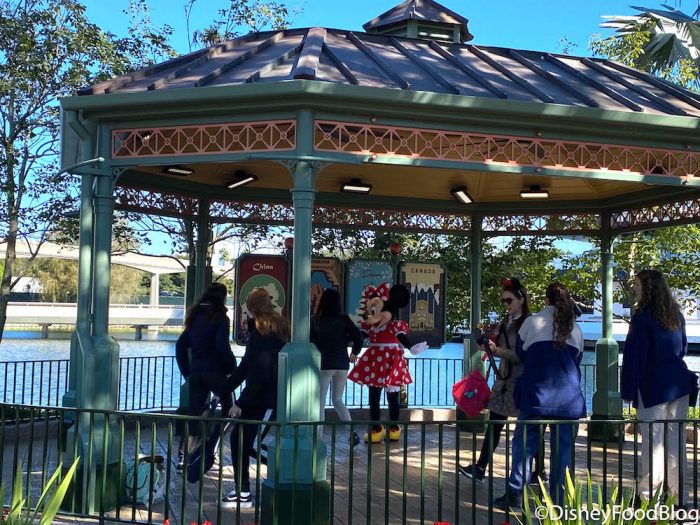 …and pose for the camera! Work it, Minnie!! 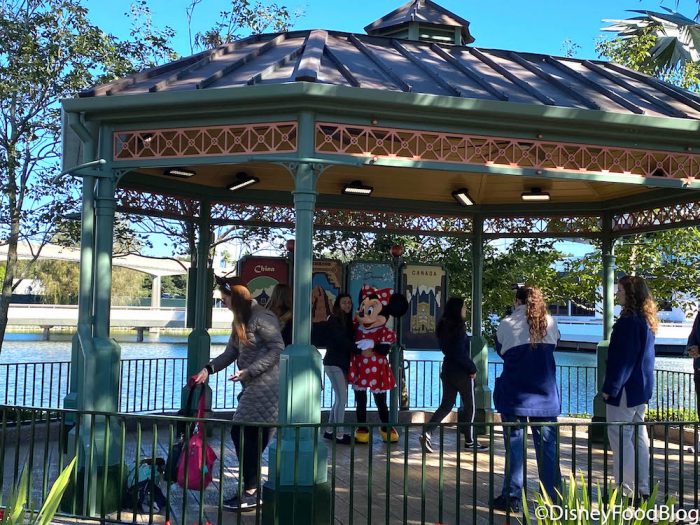 Since Minnie has been moved to the World Showcase Gazebo, Daisy Duck is leaving her original spot and appearing in Future World East. We spotted her outside the temporary Mouse Gear location… 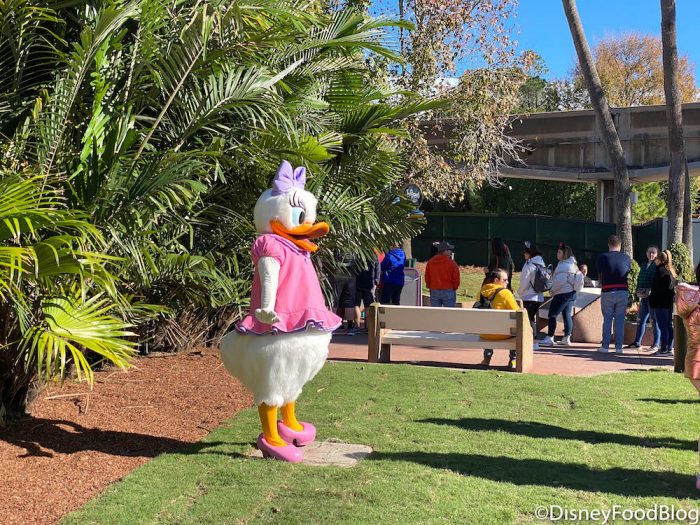 …waving to all her friends as they walk through the park! 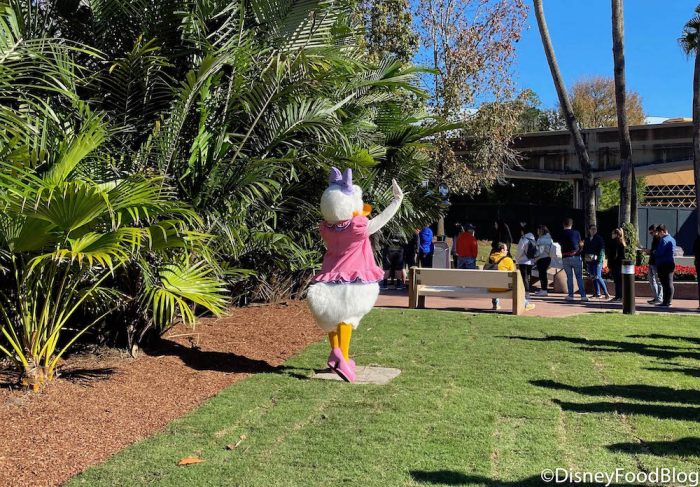 Goofy can now be found hanging around the Main Entrance near Spaceship Earth. 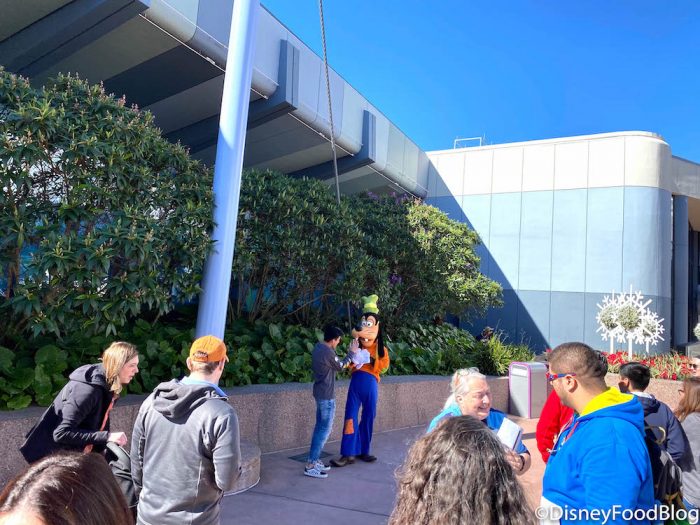 He’s ready to meet guests with lots of laughs and the BEST high fives! 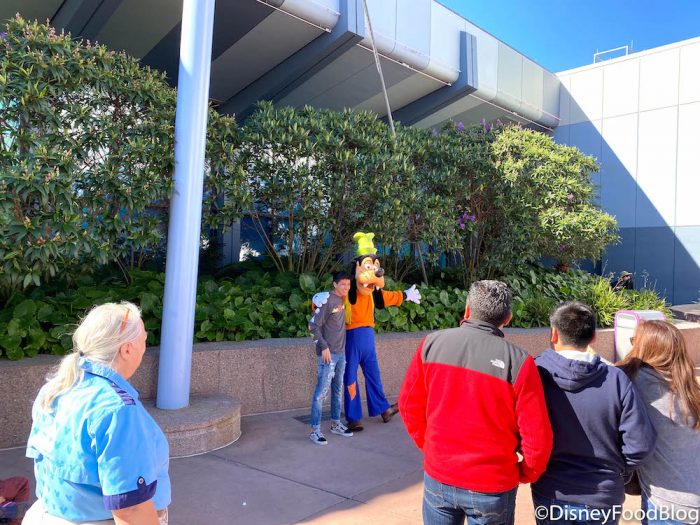 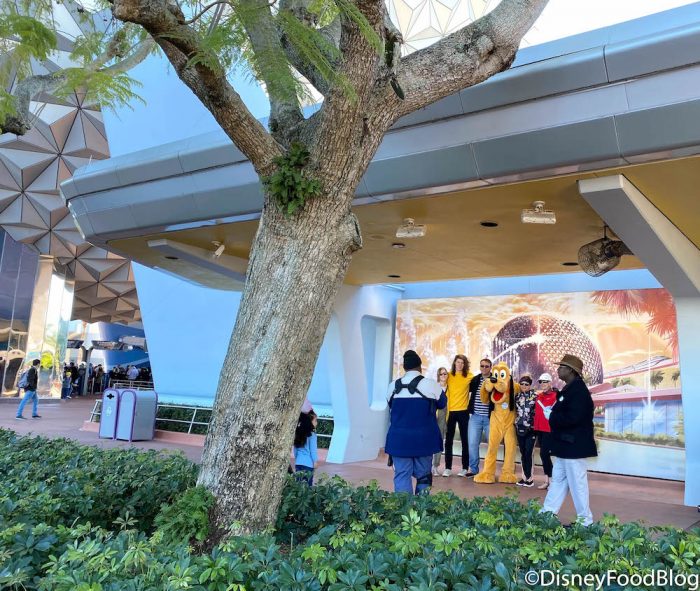 …in front of the Epcot mural! What an awesome photo for the entire family!! 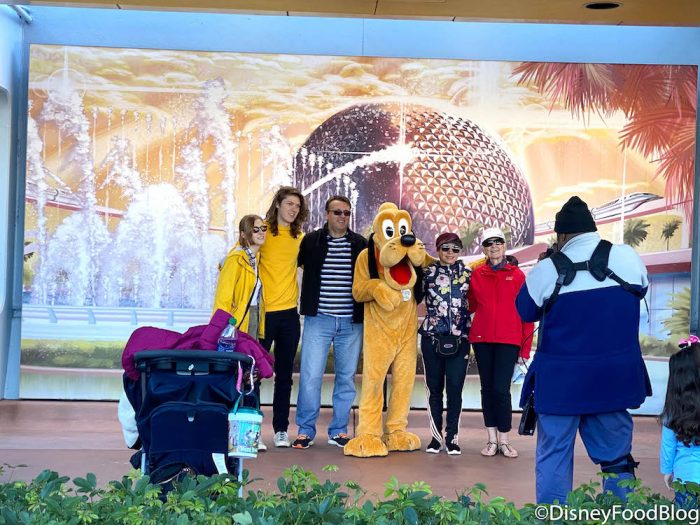 While you can still meet all these amazing characters, Baymax and Sadness are currently unavailable for meet-and-greets. We’re hoping this isn’t a forever change and we will let you know when and if those little cuties pop up around Epcot again.

The latest character locations should be a temporary change as a new Character Spot is in the plans for the upcoming World Celebrations section of Epcot. And, we’re SO excited to see it!

What are you most excited for during Epcot’s Transformation? Let us know!