Can you feel the love tonight?? 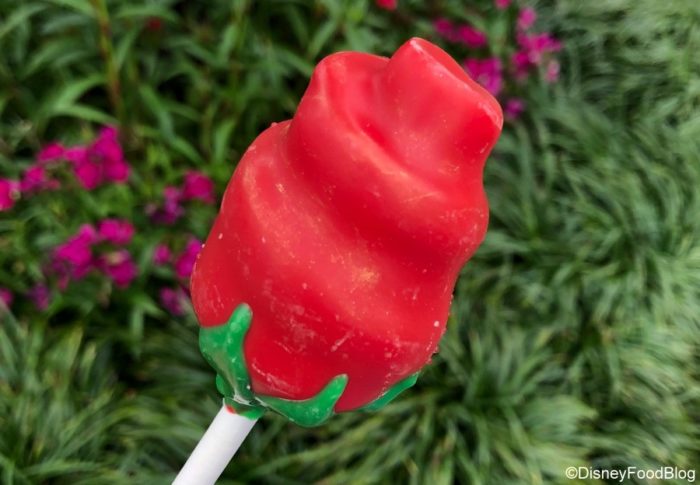 Since the Christmas season is behind us, we’re looking forward to Valentine’s Day (and all those happily ever afters!). And, we’re IN LOVE with the cutest treat that’s been baking up in Magic Kingdom in honor of Cupid’s favorite day!

Although we saw the Rose Cake Pop in Disneyland for Valentine’s Day last year (and it originally debuted in 2017 with the Beauty and the Beast Live Action film), it’s shown up several times on both coasts as a classic…tale as old as time. (We’ve even seen BLACK ones for Halloween!)

Today, it made its sweet appearance at the Main Street Confectionery in Disney World for 2020! 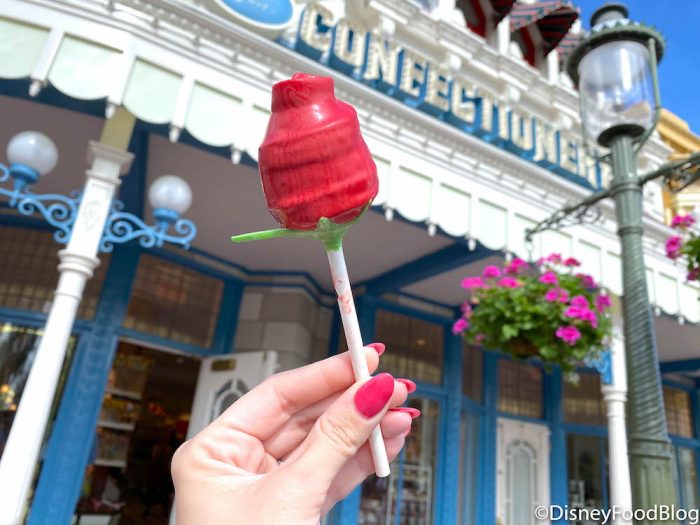 The chocolate cake pop is wrapped with a sour candy belt and then covered in white chocolate. But, of course, the Queen of Hearts only wants RED roses (so there’s a lil food coloring to be sure of that ;D). 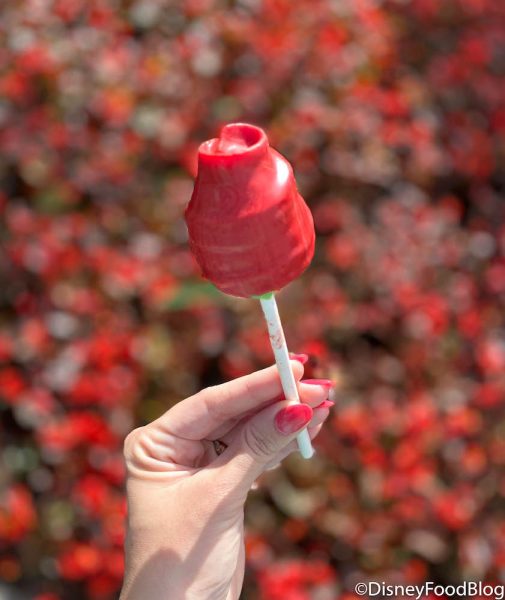 And, it’s everything we had hoped it would be (and just as good as we remember!). The rich chocolate is so moist and flavorful, making every bite l’amour! 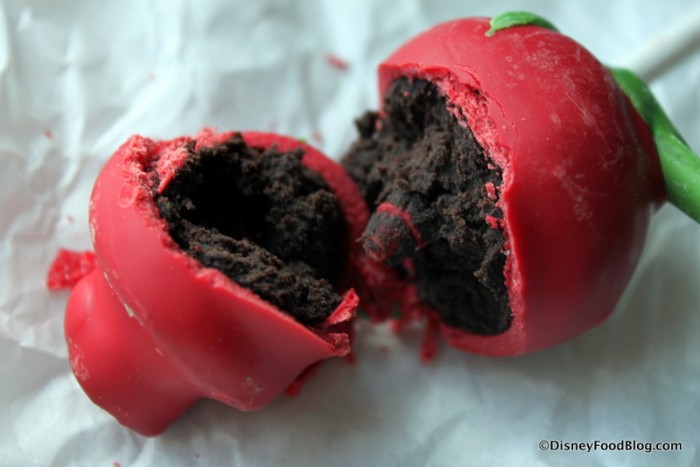 The crunch from the white chocolate is a wonderful contrast to the cake, while the sour belt adds a slight twist on the flavor that we can’t get enough of!! 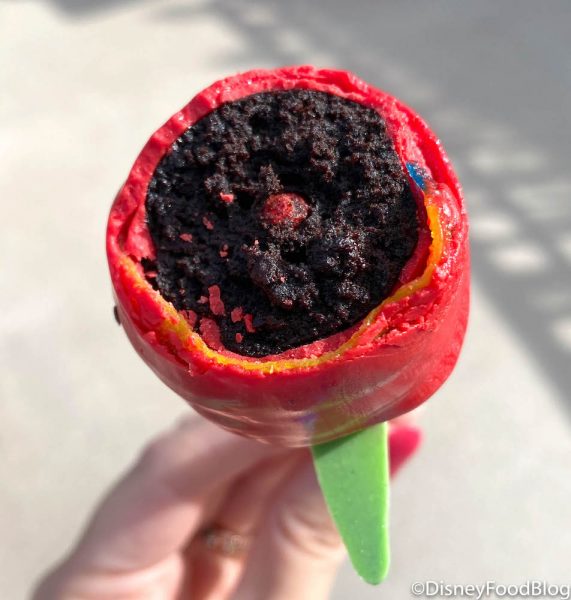 Chocolate Cake and a Sour Belt!

Even though Valentine’s Day isn’t for a few weeks, you can start feeling the love early with the Rose Cake Pop for $4.29! 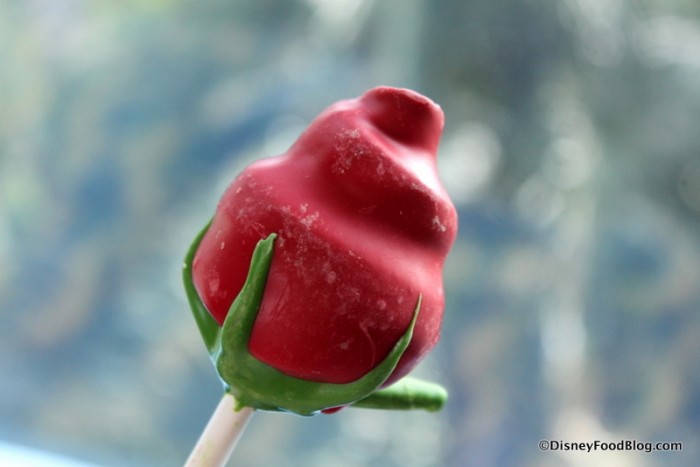 And, you can keep up with all the other desserts coming to Disney World for the holiday by subscribing to our newsletter.

What’s your favorite Valentine’s Day treat in Disney World? Let us know in the comments below!