Hey, everybody! It’s time for another roundup of What’s New at Disneyland Resort!

We’re back to take you on a journey around Disneyland Park and Disney California Adventure to see what new food, construction, and merchandise we can spot since our last go-around! And while we’ll soon be Soarin’ Over California again when it returns, here’s what’s happening RIGHT NOW!

Yesterday we told you about a new scavenger hunt that so far we’ve only seen rolled out at Star Wars: Galaxy’s Edge West! It’s an adorable guide book called Bina’s Guide to the Creatures of Batuu and it takes you on a tour of the exotic creatures you might encounter throughout the Black Spire Outpost — if you know where to find them! 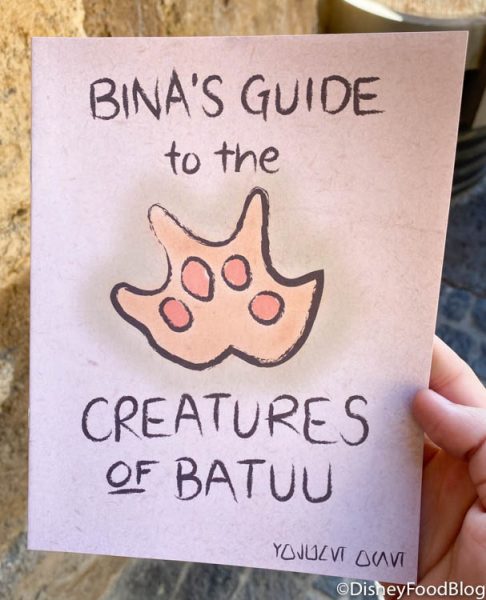 Bina’s Guide to the Creatures of Batuu

But seriously, even though this new activity is geared towards a younger set than us, we were seriously diggin’ it! 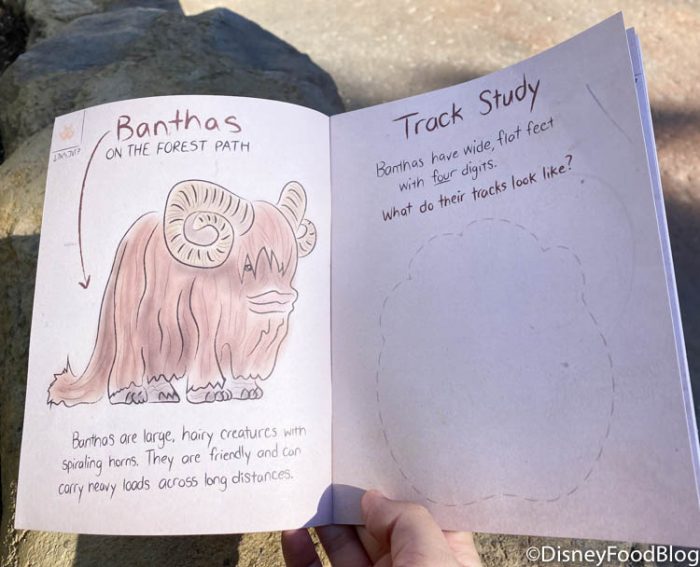 Bina’s Guide to the Creatures of Batuu

Sorry, folks! It looks like the 999 happy haunts won’t be materializing anytime soon as the Haunted Mansion undergoes an extensive refurb! 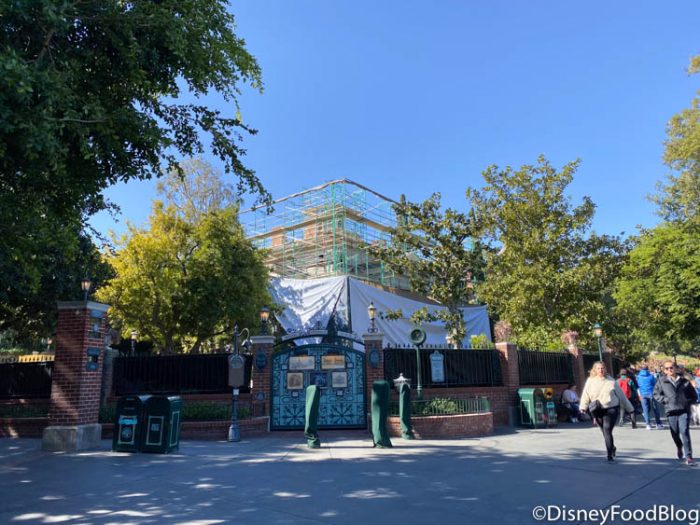 The refurbishment won’t be finished until sometime in the spring. That’s a long time for the Haunted Mansion to be closed, so we’re hoping this doesn’t impact your plans! 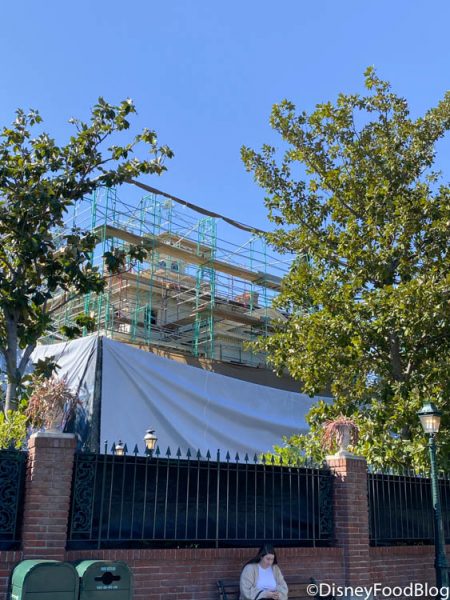 Across the way at Disney California Adventure, construction continues on the new Avengers Campus! 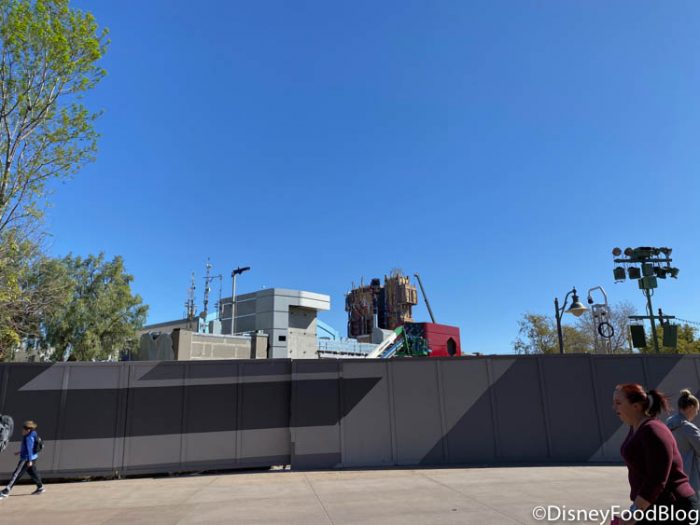 Click here to read more about the new Avengers Campus which is coming SOON!

The construction walls are doing a very effective job of keeping this new Marvel-themed land top secret! Tony Stark would be proud! 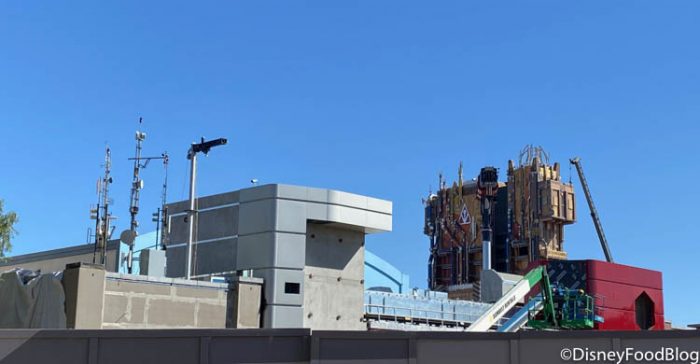 Time for something SWEET! We stopped by Pooh’s Corner where they were now serving Chocolate-covered Strawberries for $4.49 each! They were available in white, milk and dark chocolate and looked just like a heart — perfect for V-Day! Look for our review of them coming soon! 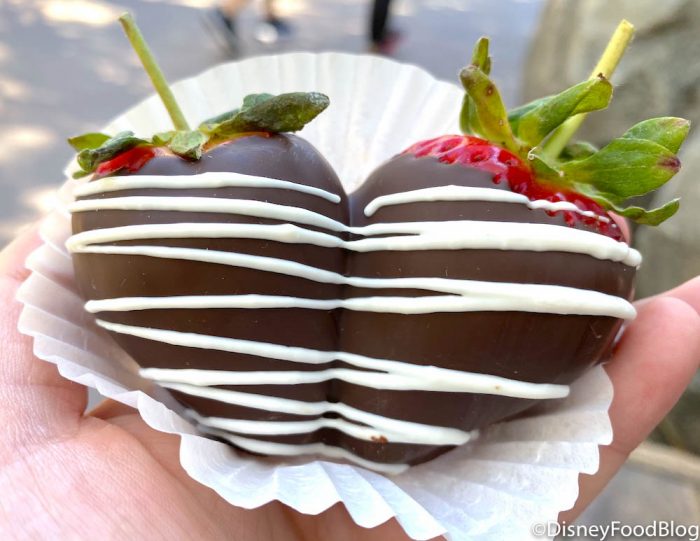 Speaking of the most romantic day of the year, we hadn’t had our fill of romance after trying Clarabelle’s Valentine’s Dipped Ice Cream Bar (which you can check out here!), so we found our way back to its sweet embrace to sample their Valentine’s Day Macaron Sandwich for $5.99! 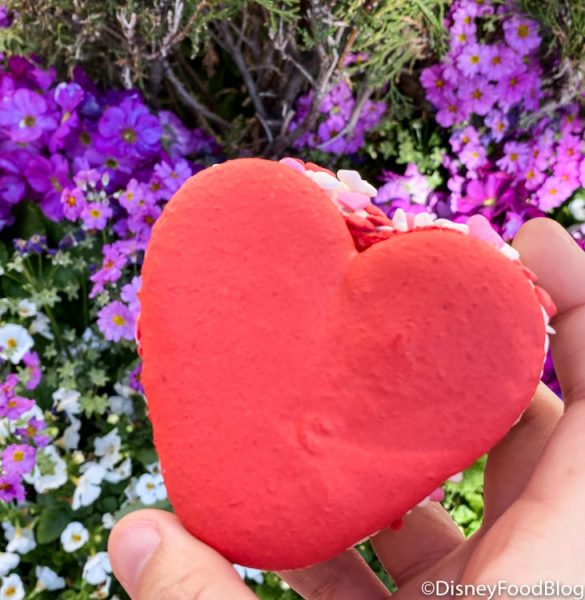 Know of any Disney love birds tying the knot soon? This Mickey and Minnie Wedding Plush we spotted today for $39.99 would make an adorable wedding gift! 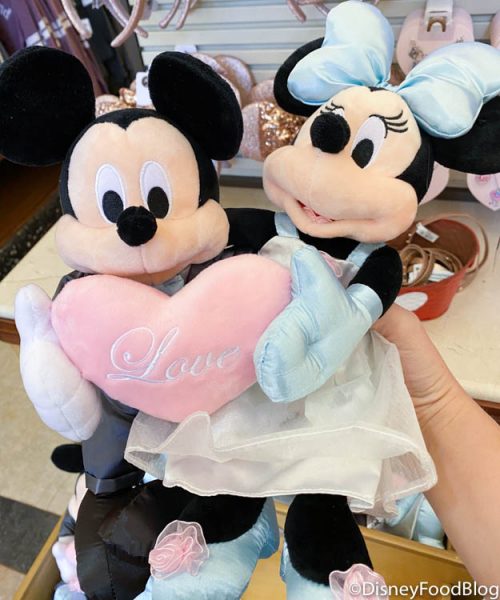 These guys are just too cute! We love how they’re sitting like buddies with their arms across each other’s backs! To have and to HOLD — literally! 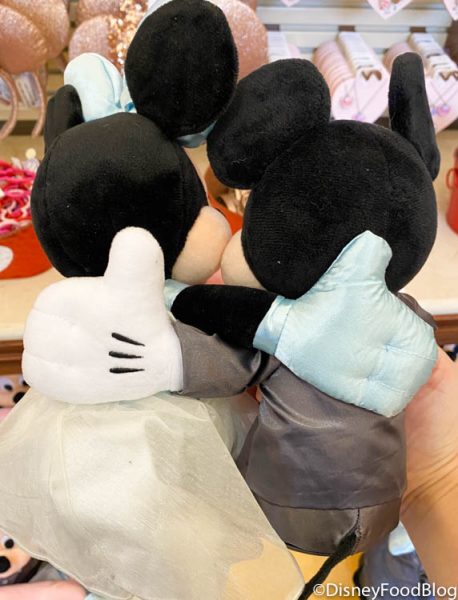 And is it just us or is this purse winking at us? We spotted this charming little Winking Mickey Purse for $24.99 at Pooh’s Corner. Here’s winking at you, kid! 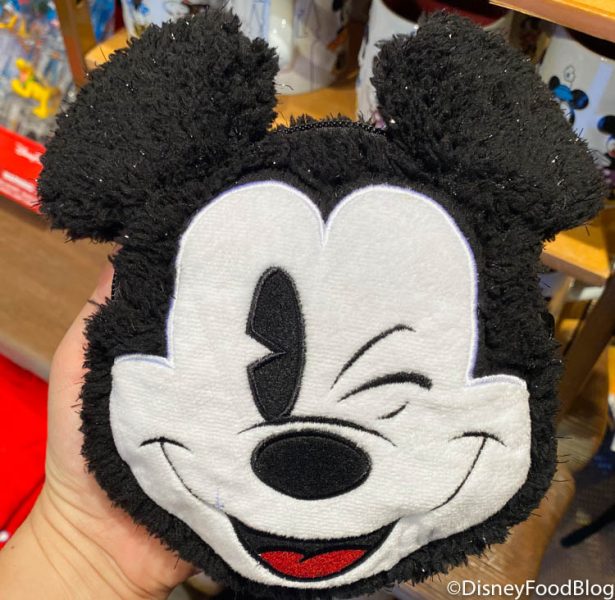 He’s also rather fluffy and sparkling — just how we like our accessories to be! 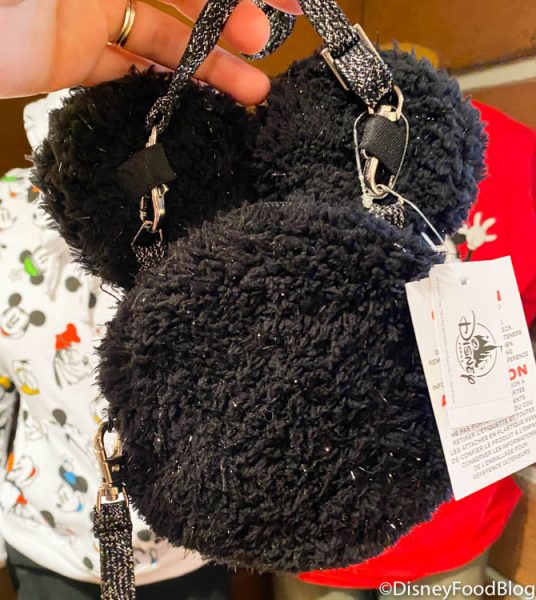 More Ink & Paint merch has splattered around Disneyland! And while previously we’ve seen the new Ink & Paint Minnie Ears make a big splash at Disney World, we discovered a bunch of new items from the line in Disneyland including this Ink & Paint 12 Days of Socks for $34.99! 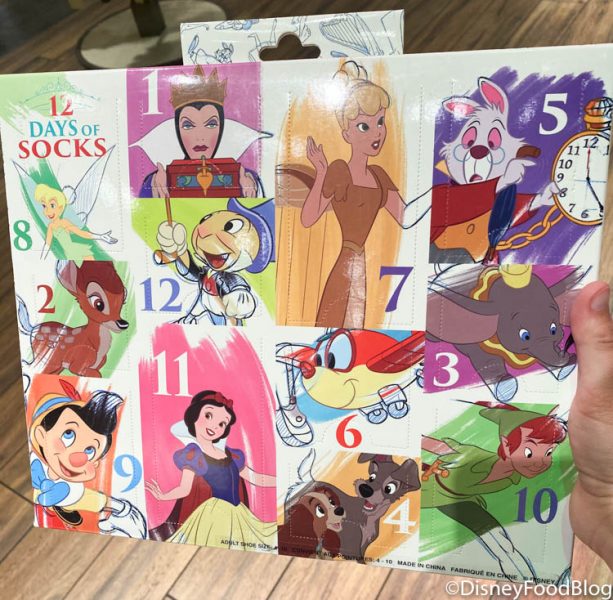 But our favorite Ink & Paint item is this Ink & Paint Pencil Case for $19.99! It shows off our artistic side! 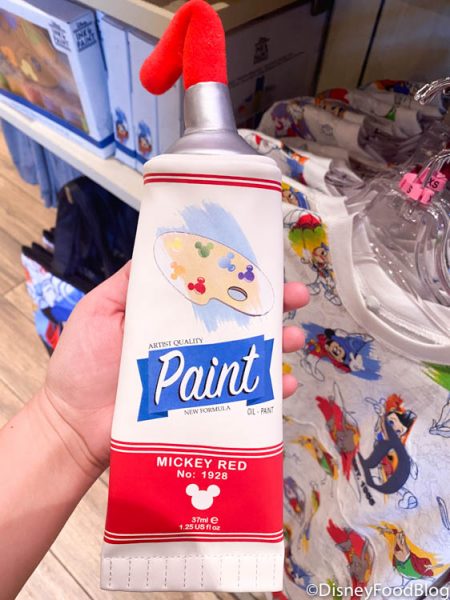 Click here to see all the new Ink & Paint items we spotted!

Do you have a Fab 5 favorite? Now you can rep ’em with one of these new Fab 5 Keychains for $9.99! Here’s Goofy looking as debonair as ever! 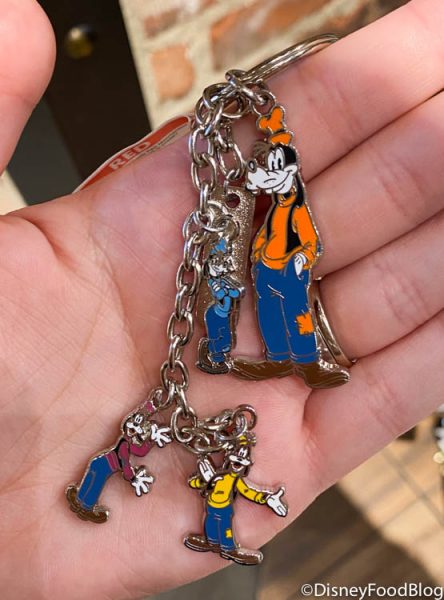 And of course, it wouldn’t be the Fab 5 without the leading frontman, Mickey Mouse! 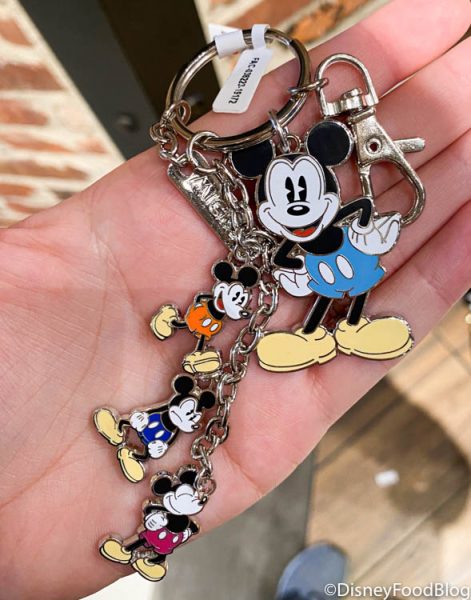 For some of us, though, the main attraction is and will always be Donald Duck! He’s a feisty, passionate little guy! 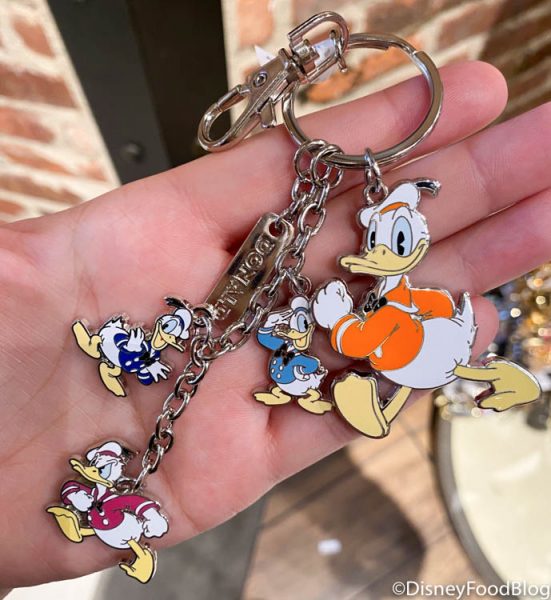 And we can’t leave out Pluto! He’s such a loyal best friend! 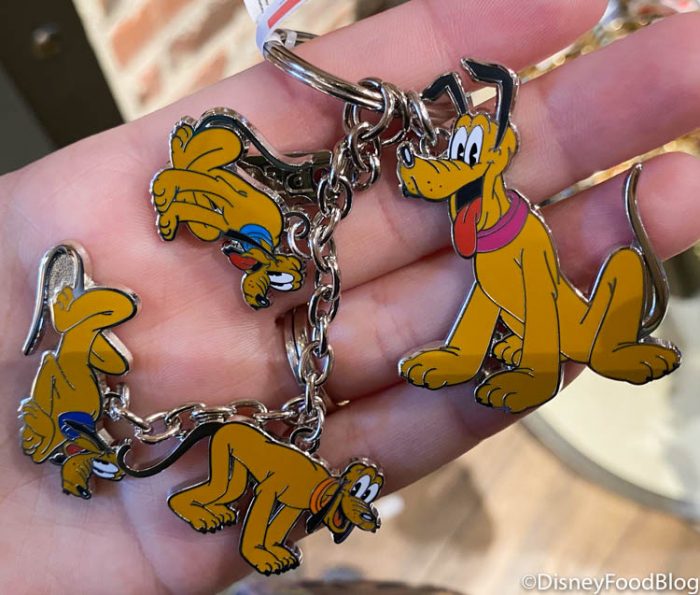 Minnie Mouse is totally our leading lady, though! We’re just so charmed by her! And now our keys can be equally charming! 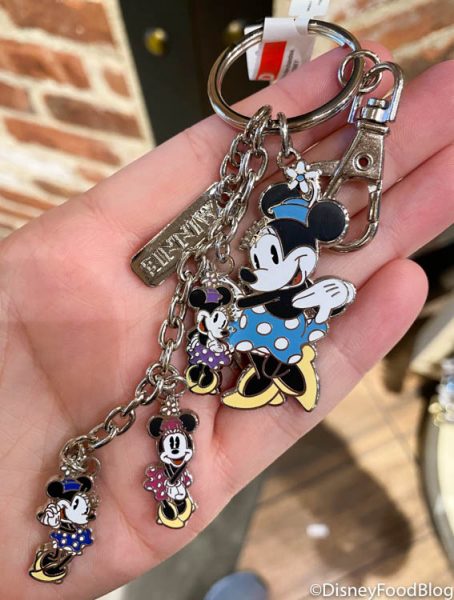 This Fab 5 Throw Blanket for $37.12 makes us want to curl up on the couch for some major Disney+ viewing! Plus, the streaming service just added a ton of new content including Lamp Life, a new Pixar short starring Toy Story’s Bo Peep! 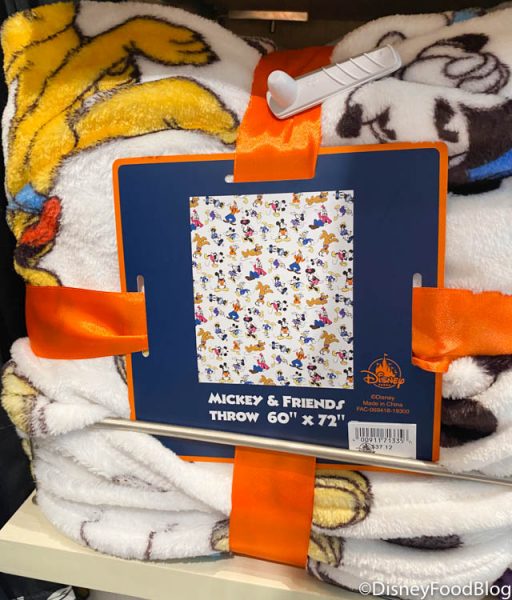 And while we’ve previously spotted the Disney World-version of this retro-style crossbody, today we discovered the Disneyland Bag for $29.99! 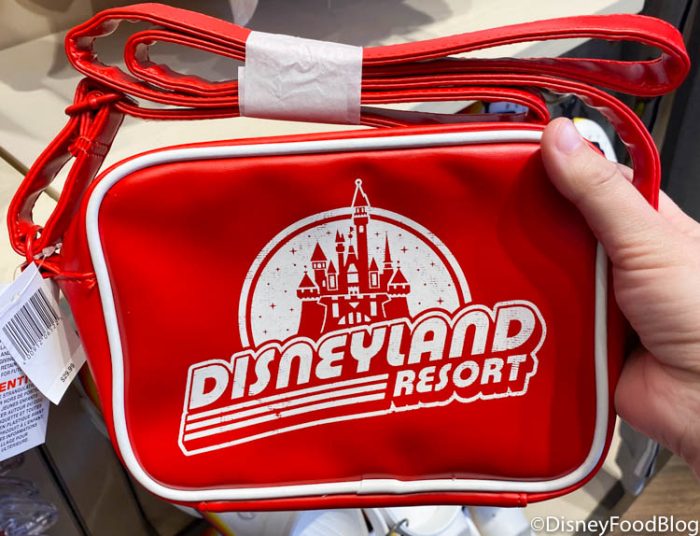 It’s got the same graphic from the front repeated smaller on its back and looks like it came right out of the 80s! 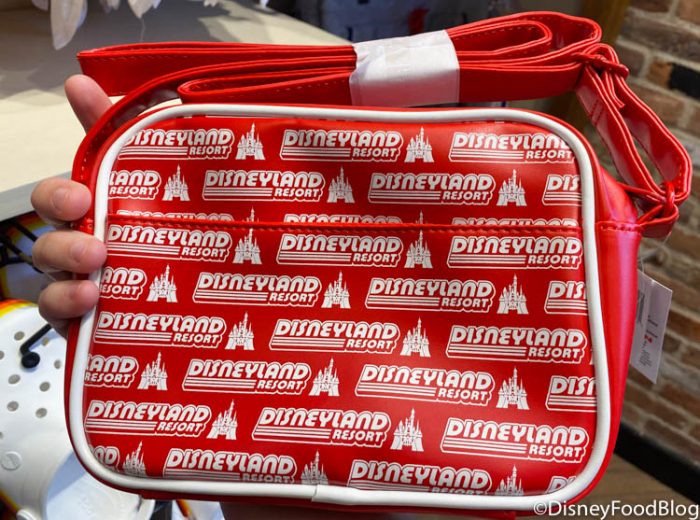 We also stumbled over these Retro Platform Crocs for $49.99 which we also first discovered in Disney World. 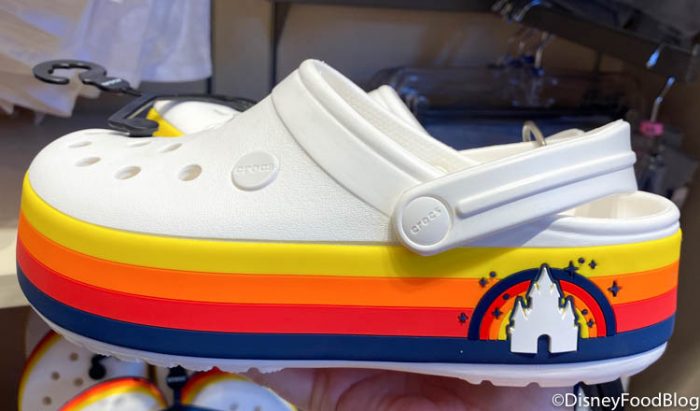 Well, friends! That’s all she wrote for this edition of What’s New in Disneyland Resort — until next time! We’ll be back soon with more construction, food, and merchandise updates! Until then, make sure you’ve signed up to receive our newsletter where we share all the most recent Disney Parks news!

Are you excited about the new Avengers Campus coming soon to Disney California Adventure? Let us know in the comments below!