When Disney officials announced Disneyland and Disney California Adventure would be closing Saturday, March 14th, it was only a few hours later that Disney World also made the decision to shut down its theme parks at the end of day Sunday, March 15th. While the parks were originally supposed to reopen April 1st, Disneyland and Disney World have both decided to extend their closures indefinitely. UPDATE: Disney World began a phased reopening of the theme parks on July 11th.

Even if you’ve been following along with our coverage of how the global health crisis has been impacting Disney parks across the world, now that all the Disney parks and the Disney Cruise Line are closed, you might be at a loss for words, while also having more questions than you can possibly ask. That’s why we’ve been tirelessly searching for answers to help you make sense of this very difficult time.

From refunds to how to break the news to your children that your Disney vacation was canceled, we’re covering all of our readers’ concerns as best we can! Please feel free and continue to submit questions to us either on social or by leaving a comment on this post so we can keep getting you the answers you need!

What happens to my park tickets that are already paid for? Can they be used in the future when this passes?

Disney is not issuing refunds for park tickets at this time, however multi-day tickets with unused days or tickets dated between March 12th and the end of the actual closure period will automatically be extended until December 15th, 2020. UPDATE: Disney has extended the expiration date of unused tickets through September 26th, 2021.

If you’re unable to use your tickets by that date, Disney will credit the value of your unused tickets towards another ticket purchase for a future date. Click here to read more about Disney World’s policy for theme park tickets affect by Coronavirus closure. 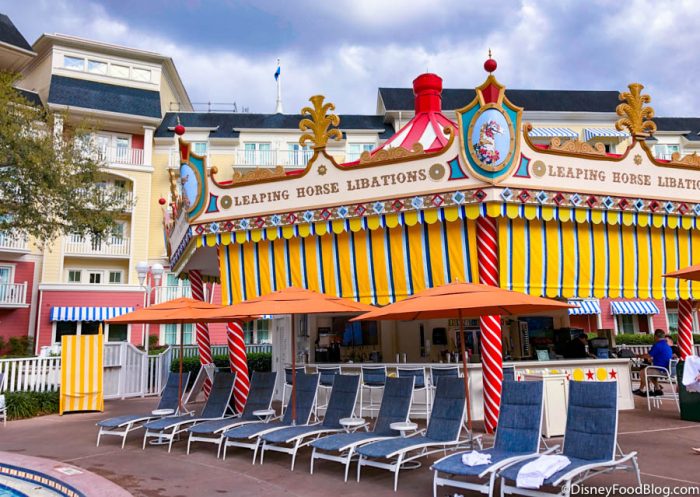 What if I purchased Memory Maker in advance?

A Cast Member we spoke to told us if you purchased Memory Maker as part of a package, you will be refunded for it. If you purchased it separately, they will be able to put an extension on it for you to use at a later date. 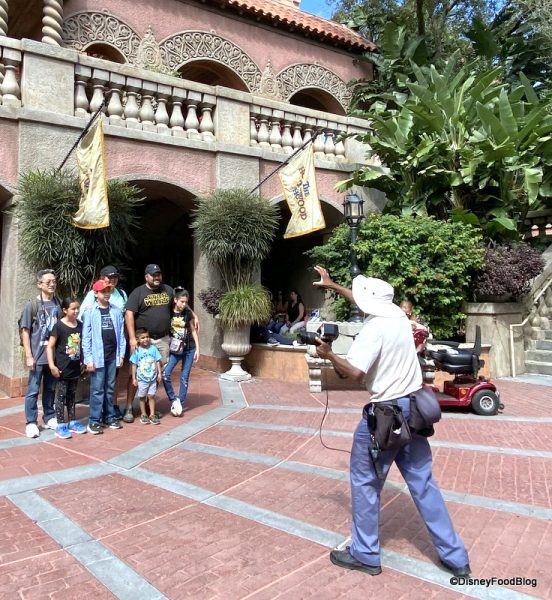 PhotoPass outside of Tower of Terror

I heard only the Disney theme parks and Cruise Line are closing while Downtown Disney, the Disney World Hotels, and Disney Springs are staying open? Is this true, and if so, how does this affect my refund?

UPDATE: Disney Springs began a phased reopening on May 20th.

UPDATE: Like much of the world, Disney is constantly refining its approach to dealing with the outbreak as this situation keeps unfolding. Initially, Disney’s temporary closure announcement didn’t apply to the Downtown Disney or Disney World’s Resorts or Disney Springs, but as things have progressed, their response has changed.

As major retailers, restaurants, and bars across the country have begun shutting down out of an abundance of precaution, some Downtown Disney and Disney Springs locations have also decided to temporarily close.

Disney World’s Hotels closed at 5PM on Friday, March 20th. They will remain closed until further notice. Disney is advising guests who had reservations booked at any Disney World Resort between March 16th and the end of the actual closure period to cancel online through My Disney Experience under “My Reservations” or call (407) 934-7639.

Disney Vacation Club members visiting Disney Beach Resorts with travel plans between March 16th and the end of the actual closure period should also call to “modify or cancel their Disney Resort room reservation or Walt Disney World Travel Company package up to their original check-in date.” Disney Vacation Club points will be credited back into the member’s account.

The reopening of the Hotels of Disneyland Resort has been delayed indefinitely.

Disney Cruise Line will offer the use of a future cruise credit or a full refund to guests whose vacations are impacted, but guests should wait to contact them until after they have received an email from Disney or their travel agents regarding their trip. 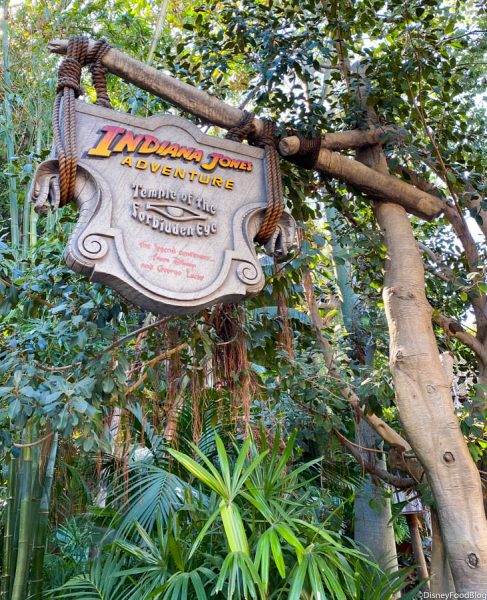 What About Disney World’s waterparks? Are they closing as well?

UPDATE: Blizzard Beach closed alongside the rest of Disney World on March 16th. Disney has announced that the water parks will not reopen until 2021.

Typhoon Lagoon has already been closed while it undergoes a scheduled, seasonal refurbishment. At this time only Blizzard Beach has remained open and no formal closure announcement has been made. Looking at Blizzard Beach’s website, however, the webpage is showing “no times available” starting March 16th which is indicative the waterpark will be closed during this timeframe as well. 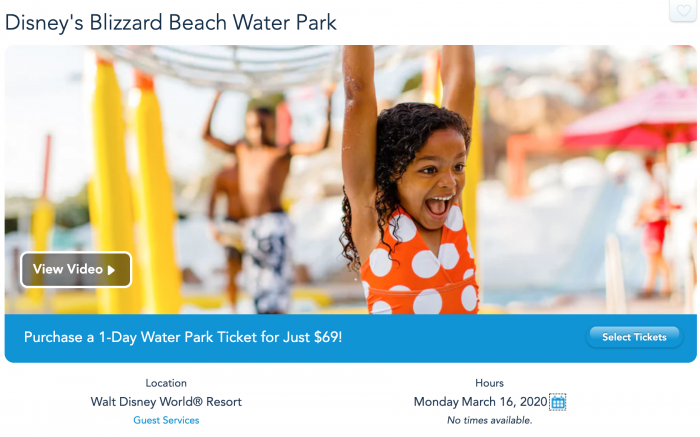 What About Military Disney World Tickets?

Military Disney World tickets will expire at the beginning of January 2021. If you’re unable to travel before then, you can contact Disney World’s Ticketing Services for further assistance by calling (407)566-4985 and selecting option 4. 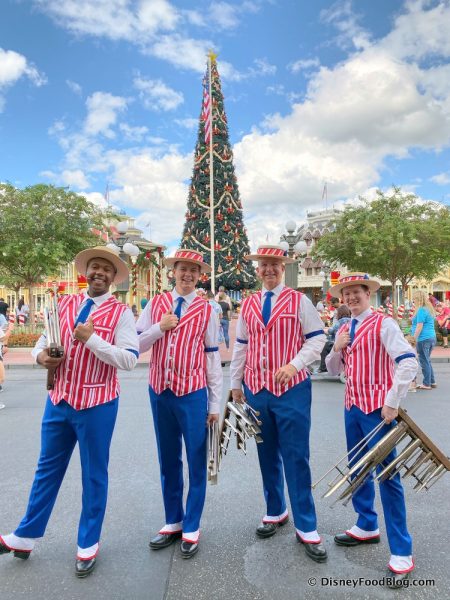 My 60-day window to make my FastPasses starts tomorrow! Will I still be able to book them?

You should be able to make your 60-days out FastPasses just fine. Right now, the only FastPasses you can’t make are during Disney World’s temporary closure dates which run from March 16th through an indefinite date.

The My Disney Experience app will still show the four Disney World theme parks, but they’ll be grayed out and you won’t be able to tap on them. When we tried to see if we could schedule FastPasses beyond March 31st, we found out we could do so without any problems.

If you’ve made any FastPasses between March 16th and the end of the actual closure, they will automatically be canceled.

I know Disney is refunding prepaid dining but does this count for any prepaid at hotels/outside parks?

You will need to contact any non-Disney affiliated hotels or restaurants directly to ask how they assess the situation and if they will refund you for any prepaid reservations.

Disney World is automatically processing refunds for all pre-paid dining and entertainment experiences reserved between March 16th through the end of the actual closure with no further action required. 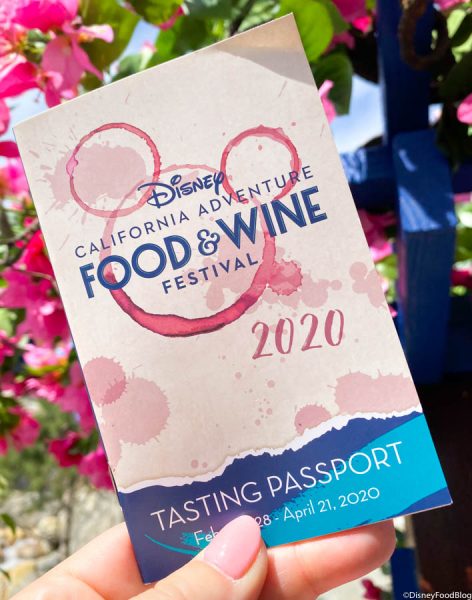 Will Annual Passholders and Tables in Wonderland Members get an extension for lost time?

Yes. According to Disney’s website, Walt Disney World Annual Passes and Tables in Wonderland memberships and will be extended by the number of days the parks are closed (which is currently March 16, 2020 through an indefinite date). Disneyland Annual Passholders “will have their Passport expiration date extended based on pass type and level of access due to the impacts of the closure.”

Will construction still be going on during this time?

UPDATE: As of May 7th, Disneyland is set to resume some limited, essential construction projects. Disney World has resumed construction as well.

Construction on Disneyland and Disney World’s numerous projects has halted during the temporary closure. 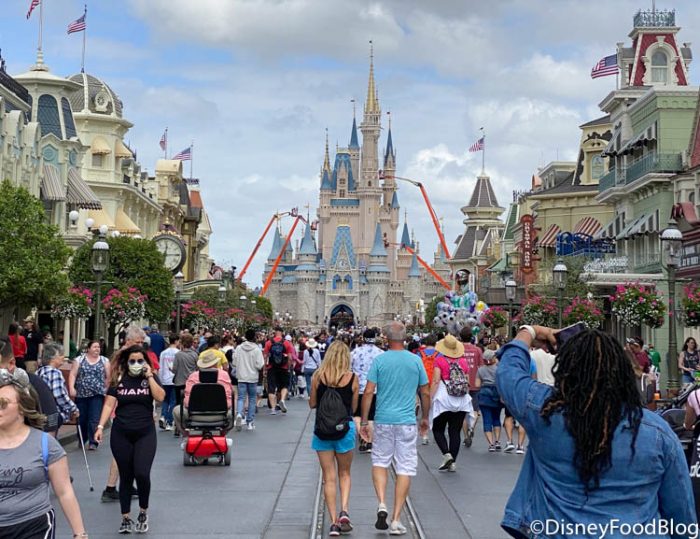 Recent stay at home orders issued by the state of California and Florida as well as federal guidelines not permitting groups of more than 10 people from assembling have made it nearly impossible for Disney’s large-scale construction projects to carry on as scheduled. While it’s possible we might be able to see smaller, less-intensive projects being worked on in the future such as Cinderella Castle’s refurbishment, the majority of Disney’s projects have come to a halt at this time.

I have tickets to see the new Cirque de Soleil show, Drawn to Life, at Disney Springs. Are they canceling the show?

UPDATE: As of July 1st, Cirque du Soleil tickets are on sale for dates beginning in November.

A representative from Cirque de Soleil recently informed us that all future performances of Drawn to Life have been temporarily postponed. A letter has been sent to the email accounts used by the ticketholders who have already purchased tickets. 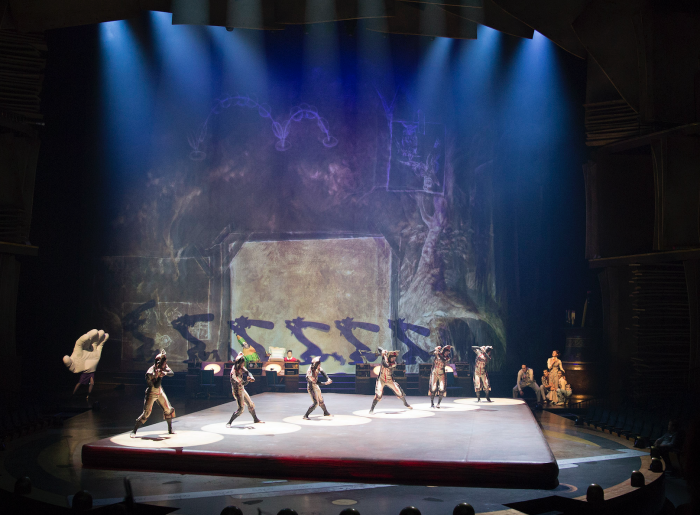 What will Disney do with all the food in its parks during the temporary closure?

Disneyland will be donating its food to Second Harvest Food Bank of Orange County, an organization they’ve been working with closely since 2014. Excess inventory of dairy, fruit, vegetables, packaged goods and banquet meals will be donated to support the mission of ending hunger in Orange County. Last year alone, Disneyland Resort donated over 20,000 meals to Second Harvest. 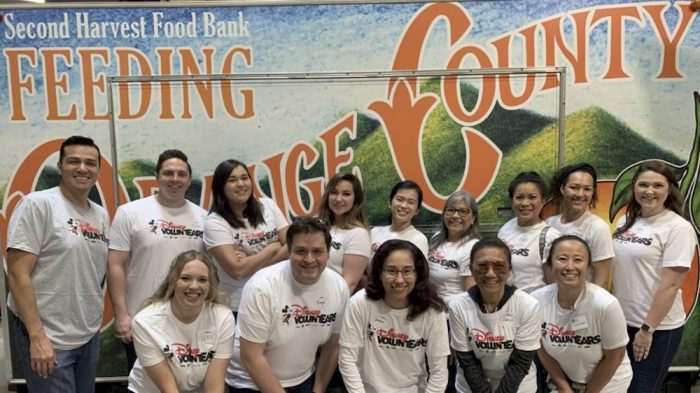 Read more about how Disney is giving back to the community during this difficult time here!

If my family has to cancel our upcoming trip to Disney World, how should we deal with it?

With lots of love and patience. We know how heartbreaking it is to have to cancel a vacation you’ve been looking forward to many months or maybe even years. But out of an abundance of caution, Disney has come to this decision which couldn’t have been easy for them to make.

They certainly know how disappointing and hard this is for their guests who were planning on visiting the parks in the next few weeks. But due to these unfortunate circumstances which are completely outside of their control, they’re working diligently with every guest to get trips rescheduled and get us back to our happy place as soon as possible.

Please continue to share with us your questions, comments, and concerns, as we’ll be continuing to add to this post going forward.

Are your vacation plans being impacted by the closures? Share your story with us in the comments below.

« Here’s What Disney World Will Refund During the Resort’s Closure
News! Disneyland Will Be Donating Its Excess Food During the Closure »