There is a LOT of news happening surrounding the Walt Disney World dining scene. First, many restaurants around the Resort are now up and running again as select Resort hotels reopened to guests just yesterday. 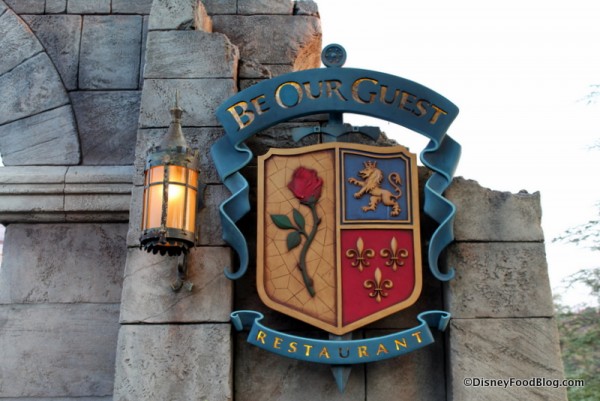 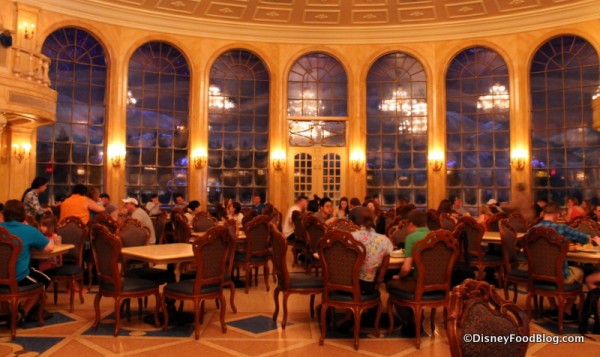 The Grand Ballroom at Be Our Guest Restaurant

However, the reopening is not without some changes… some pretty big changes. For instance, we’ve already discussed that Breakfast will not be served at Be Our Guest Restaurant upon the reopening, and Lunch — which was previously a very popular counter service offering — will be the same as Dinner, featuring a prix-fixe meal at a Signature Dining price point. 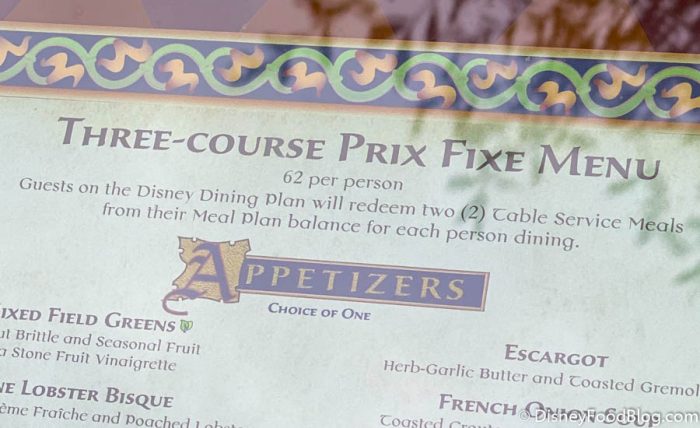 Be Our Guest Prix-Fixe Menu

You can read about the above changes by clicking here. But now we’d like to direct your attention to some changes we noticed on the prix-fixe menu, which includes the guest’s choice of an Appetizer and Entrée with a Dessert Trio to complete the meal.

Among the appetizers, the Escargot has been removed from the options for adults. 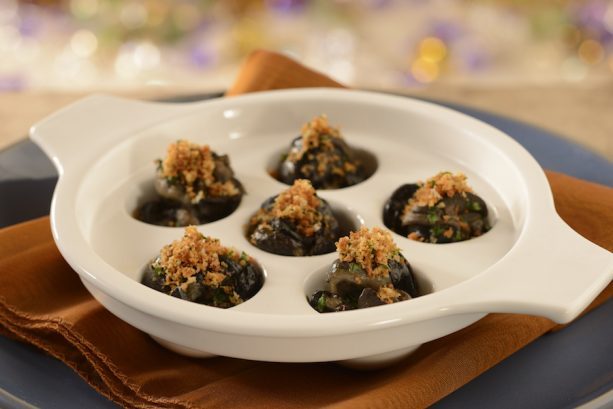 Guests will still be able to choose from French Onion Soup, Maine Lobster Bisque, Mixed Field Greens and a selection of Assorted Meats and Artisanal Cheese. 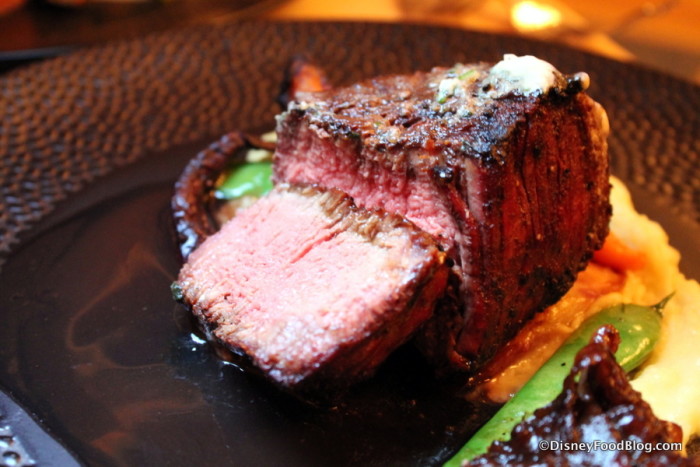 Filet Mignon at Be Our Guest

The little Belles and Beasts in your group will no longer find the Seared Shrimp Skewer as one of their Entrée choices. But they will be able to order their choice of Grilled Beef Tenderloin, House-made Macaroni & Cheese, or Pan-seared Chicken Breast.

And to go along with it, they can choose two from among Sautéed Zucchini, Steamed Green Beans, Sweet Potato Wedges, and Wild Rice. But the Cauliflower Fried Rice is no longer an option.

“As the Dining Room proudly presents…” your DESSERT, guests will still be presented with the Dessert Trio of a Lemon Jam Macaron, Dark Chocolate Truffle, and a White Chocolate “Chip” Cup filled with the famous GREY STUFF. 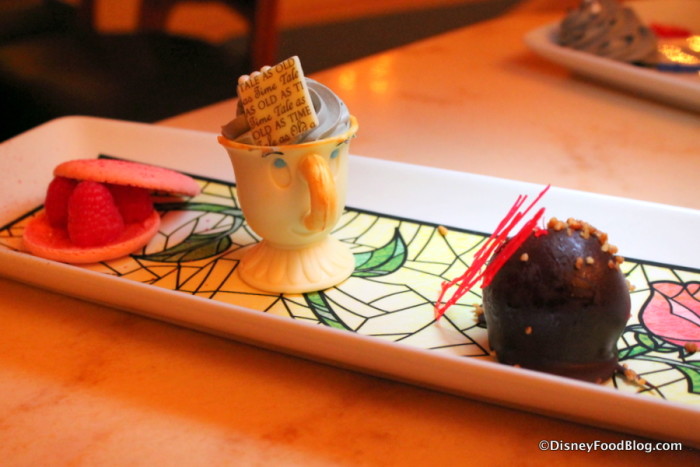 Children receive their own version of the dessert plate! 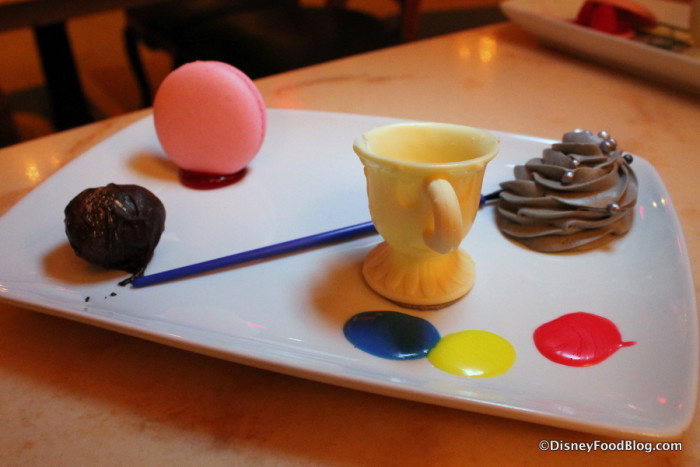 So, that is what the menu changes look like for the prix-fixe meal at Be Our Guest Restaurant.

See our review of the Prix Fixe Experience at Be Our Guest Restaurant here!

As you’ve noticed from above (and also here), Lunch at Be Our Guest will be an entirely different affair than the counter service option that has been available previously… at least upon the initial reopening of the restaurant. 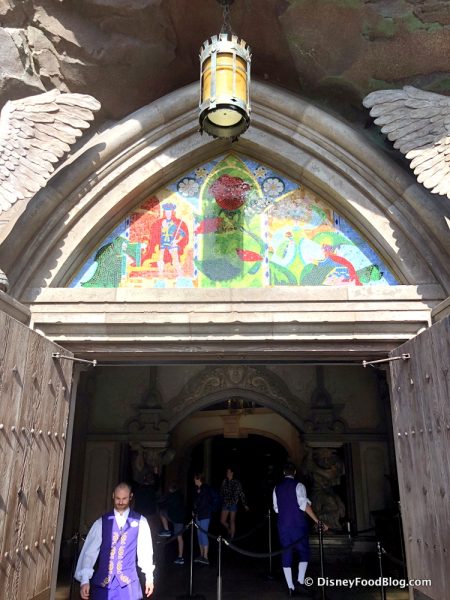 Be Our Guest Restaurant Entrance

That means that items which were previously unique to Lunch will not be available upon the reopening. These include the Corn Bisque as an Appetizer option. 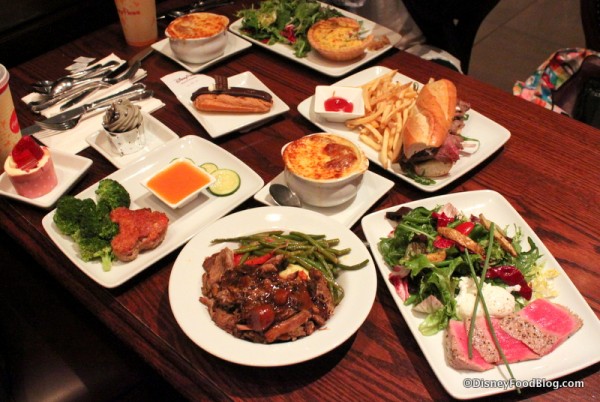 Lunch for the Table at Be Our Guest

The Entrees which will no longer be served include the Braised Chicken (Coq Au Vin style), the French Dip Sandwich, the Tuna Nicoise Salad, the Carved Turkey Sandwich, the Spring Shrimp or Chicken Salad, the Bean Cassoulet, and the Croque Monsieur Sandwich. 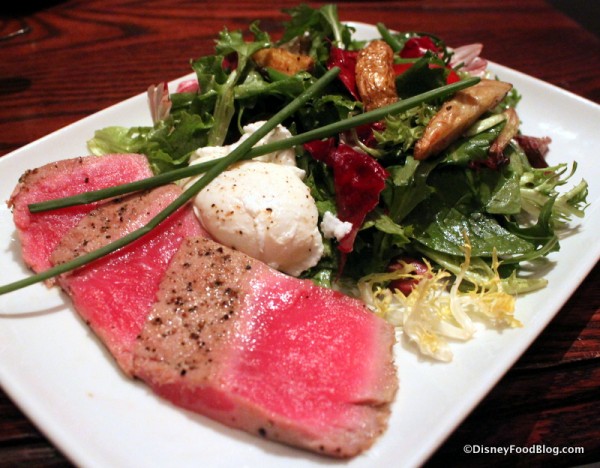 For the kiddos, the Feast a la Beast, Les Macaronis Maurice, and Chip’s Delight are among the no-longer-served options.

This also meant that the desserts — which featured Lemon Meringue and Triple Chocolate Cupcakes along with the signature “grey stuff” cupcake, called The Master’s Cupcake — will no longer be available; nor will the Lemon Raspberry Cream Puff or Crème Brulee. 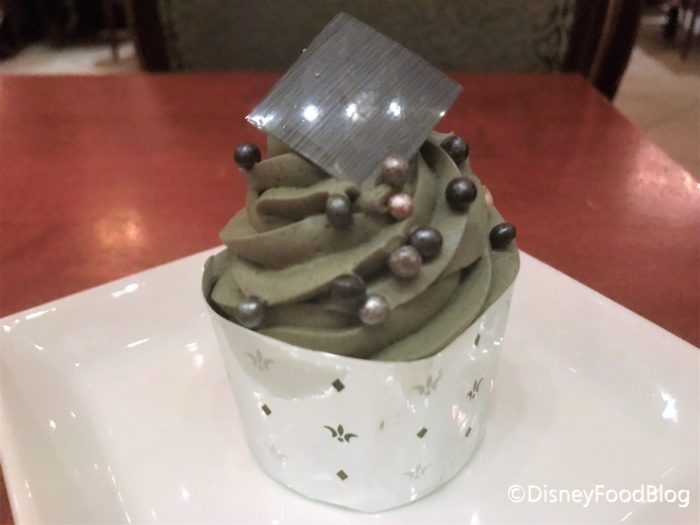 But remember, the Grey Stuff IS included as part of the Dessert Trio, so you wont miss Lumiere’s prized offering. And more importantly, you won’t miss the chance to say… 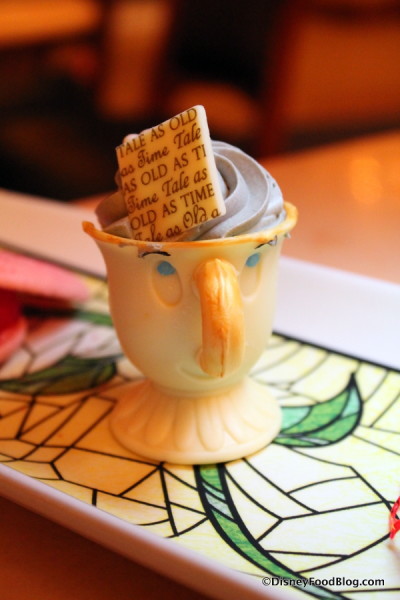 “Try the Grey Stuff! It’s delicious!” when you dine once again at Be Our Guest Restaurant in Magic Kingdom! You can follow along with all the latest reopening news about Walt Disney World Resort by visiting the links below.

What do you think of the changes coming to Be Our Guest Restaurant? Please let us know with a comment!

« News: Virgin Atlantic Has Delayed Its Flights to Orlando From the UK
Reunited and It Feels SO Good! Dole Whips are Back at This Disney World Hotel! »