As you can imagine, Cast Members have been significantly affected by the closure of the Disney parks. 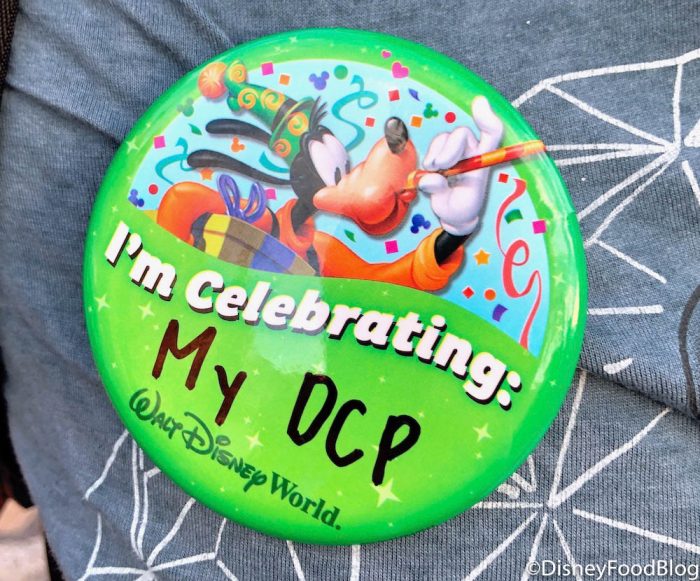 One such group are students participating in the Disney College Program. When the parks closed, Disney announced that the college program would be suspended in Disney World and Disneyland and it is still unclear when students will return. Well, it seems it will be a little bit longer; College Program participants have started to receive notification that their fall programs have been canceled.

Thanks to a reader, we can share the email that the college program participants are receiving. In it, Disney explains that due to the nature of the reopening process, the Disney World College Program will continue to remain suspended.

This particular readers program was supposed to run from August 17th through January 7th, thus meaning that Disney has canceled the Fall College Program. 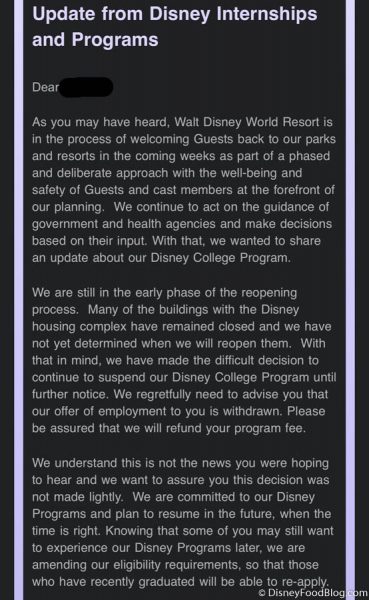 The email goes on to note that Disney is working on revising the eligibility requirements for the College Program. When the program is welcomed back, students who were affected by the cancellations may be able to apply again. 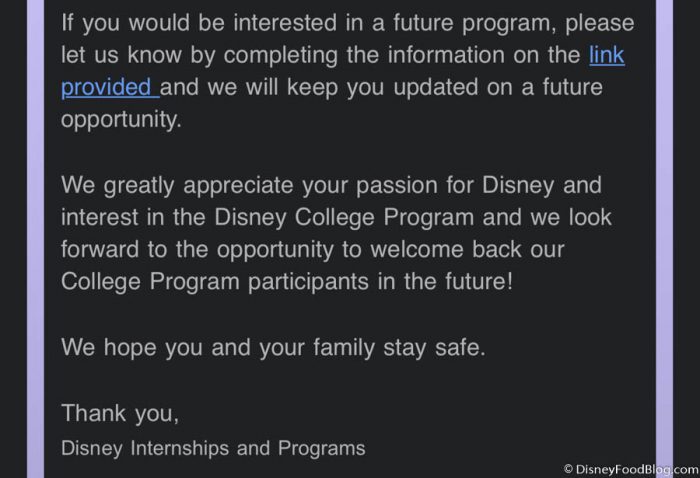 The same is true for the participants who were expected to have their program at Disneyland. Disney Programs on Twitter shared both the statements for Disney World and for Disneyland. 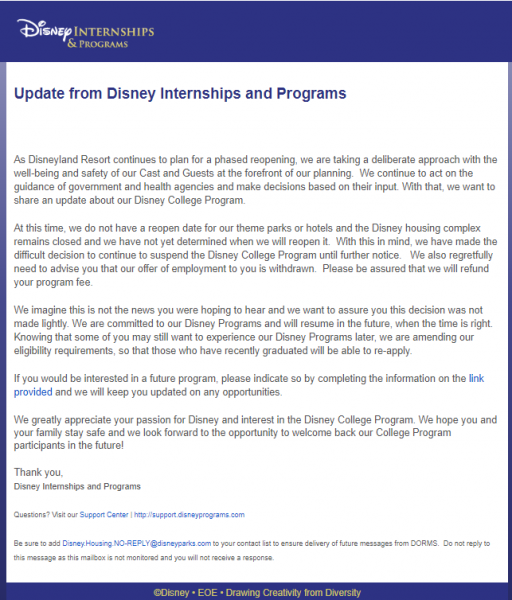 So, at this time, it looks like Disney will not have College Programs assisting in the parks for the remainder of the year. We’ll be keeping an eye out for more updates about the College Program and other programs in Disney World and Disneyland. Stay tuned to DFB for all of the latest news.

Click here to read about the initial suspension of the college program.

Were you impacted by these cancelations? Tell us in the comments.