Last week when World of Disney in Downtown Disney District reopened for the first time since the temporary closures, we got a sneak peek of the new Disneyland Park 65th-anniversary collection! 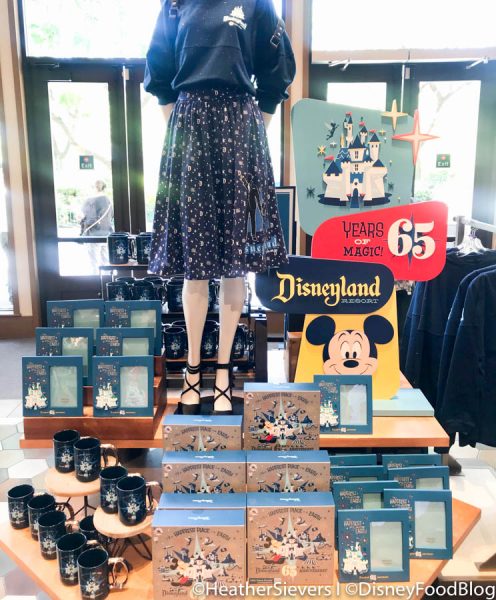 And while the new MerchPass system went live today on shopDisney, shoppers are also queueing up in a MASSIVE virtual line for their chance to buy some of the 65 Years of MAGIC goodies.

Due to high demand, it’s likely many of these commemorative items will sell out before the Disney fans waiting in the virtual line have a chance to buy them. There were still over 48,000 people ahead of us last time we checked in on our virtual queue status!

In fact, we began receiving updates that certain products were no longer available. The Disneyland 65th-Anniversary Commemorative Coin was one of the first products to sell out.

Suddenly, we remembered what happened a few months ago when Imagineer Joe Rohde’s Designer Mickey Ears sold out in a matter of minutes. We checked secondary marketplaces such as eBay and saw the ears (which retailed for $78) were being listed for over $300 mere moments after they’d sold out!

And sure enough, history seems to be repeating itself once more. The Disneyland Park Limited Edition 65th-Anniversary Commemorative Coins have already begun to trickle into the eBay with some pretty inflated price tags! 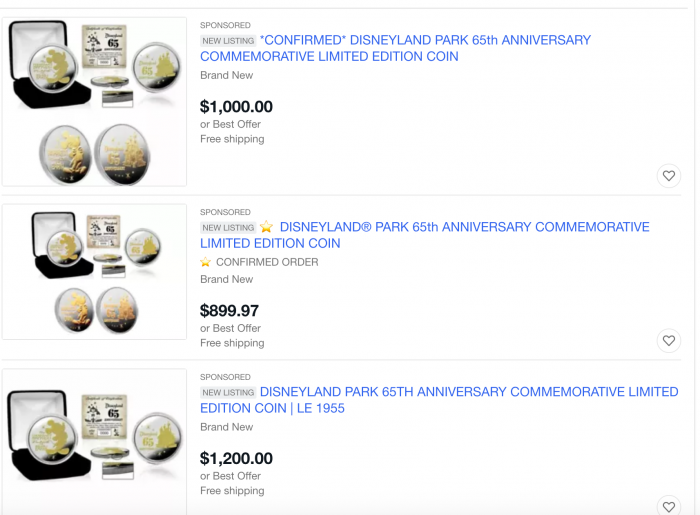 People can’t be willing to pay this sort of mark-up, right? But actually, it seems some Disney fans are willing to pay whatever it takes. We noticed while several sellers had listed coins for as much as $1,200 today, we checked the sold listings and saw some coins had actually sold for right around $599! 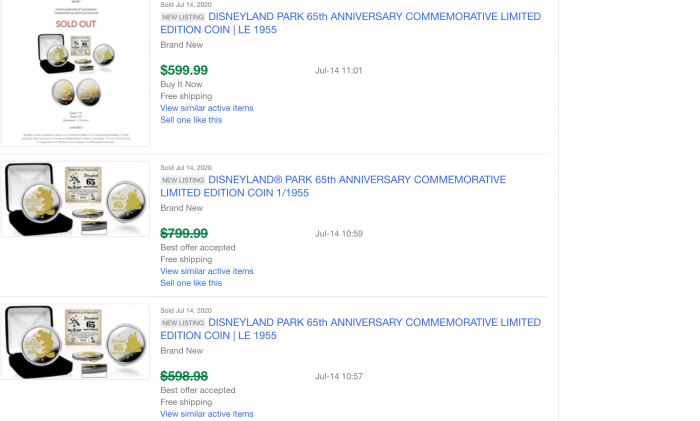 The Disneyland 65th Anniversary Loungefly Backpacks and Disneyland Marquee Boxed Jumbo Pins have also sold out and if you’re super-bummed you couldn’t snag one of these products or any of the Disneyland 65 Years of MAGIC items before they flew out the window we understand the disappointment but would recommend against purchasing from marked-up online re-sellers.

Disney could possibly release more anniversary merch online as time goes on, similar to how we saw it restocked over the day in World of Disney in Disneyland, but at this point, we haven’t heard any indication more will be released.

Were you able to purchase any 65th-anniversary items from Disney’s website today? Let us know in the comments below.