As the Disney World Resort hotels and theme parks continue their phased reopening, Disney’s many transportation systems have reopened generally in-step with the locations they serve.

We originally anticipated the Friendship Boats to reopen today, July 29. But when we checked the boat launches, however, we noticed that they are NOT operating!

We saw signage posted at Disney’s BoardWalk Inn that the Friendship Boats are currently not operating. 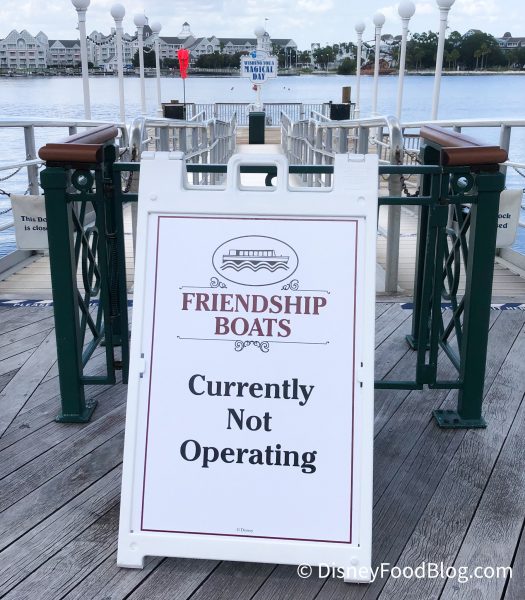 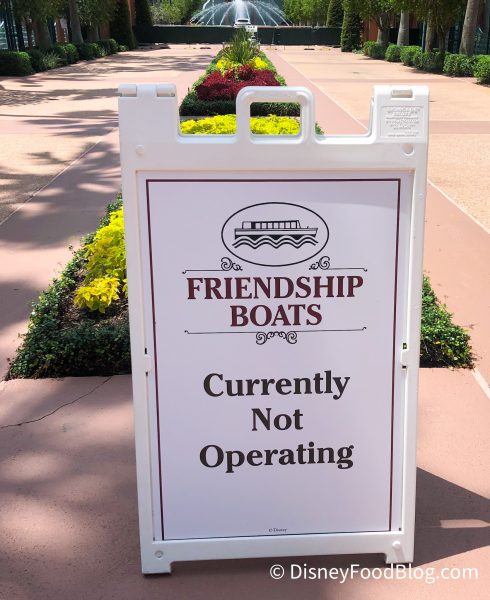 We did not see any boats running today while we visited EPCOT, either! So where could those Friendship Boats be? Before today, Disney World’s website previously indicated that the Friendship Boats would resume the week of July 29. 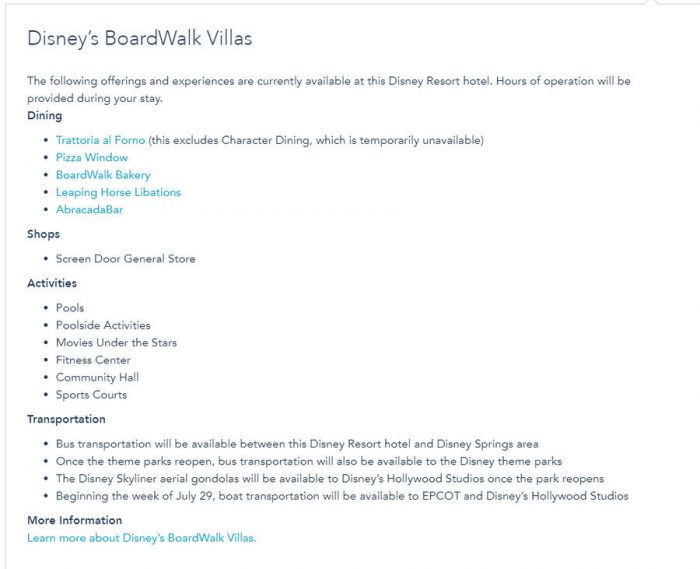 Prior information regarding BoardWalk Villas and the Friendship Boats

When we check Disney World’s website now, however, that information is omitted and there is no mention of when the Friendship Boats will resume operation. 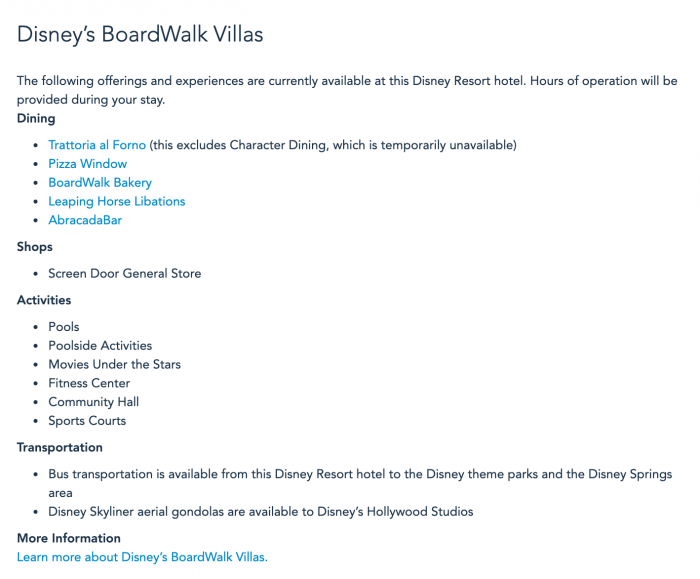 BoardWalk Villa Information as of July 29 – the Friendship Boats are MISSING!

So, it looks like we’ll just have to wait and see when the Friendship Boats will come back! With no official word from Disney at this time, we will keep checking on the boat launches to see if we notice any activity in the coming weeks!

Click here to learn more about Disney’s decision to DELAY the reopening of several of their resort hotels.

Do you take the Friendship Boats when traveling to and from EPCOT and Disney’s Hollywood Studios? Let us know in the comments!