2020 has already shaped up to be a historic year for more than one reason! So why not add on a record-breaking hurricane season to spice things up?

We previously reported on Florida’s own hurricane season being upgraded from “active” to “hyperactive,” and now, the National Oceanic and Atmospheric Administration has upgraded their predictions for the 2020 hurricane season nationwide. This update comes just after Tropical Storm Isaias, the ninth named storm already this season, moved its way from Florida up the East Coast.

To give you an idea of just how MAJOR it is for the NOAA to predict that many named storms, a hurricane season produces on average twelve named storms, of which six become hurricanes and three become major hurricanes of Category 3 or above. According to the NOAA, they are looking at an 85% probability that the 2020 season will be above-normal. 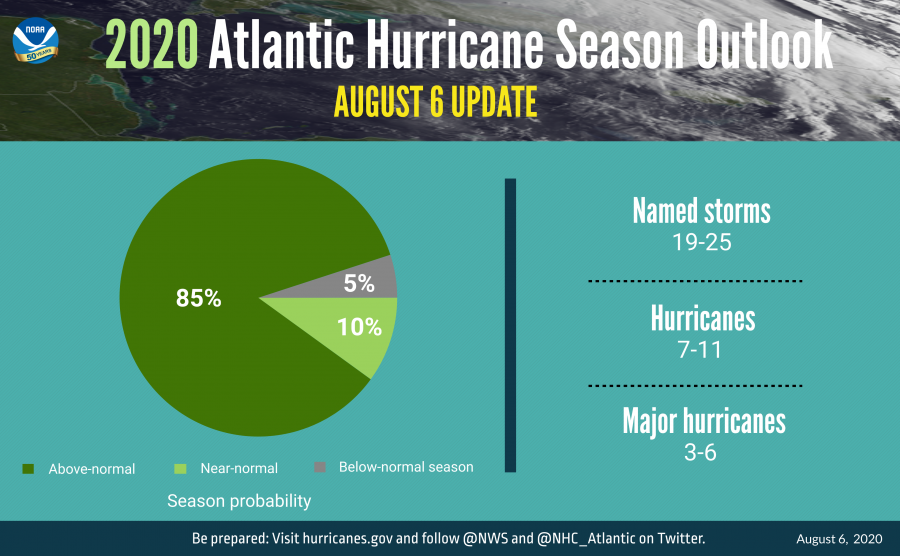 So, twenty-five forecasted named storms is definitely a big deal, as the NOAA has never reached that high of a forecasted number before. While there is some doubt as to whether or not this season will actually reach twenty-five named storms, by the way the season is going so far, we may get pretty darn close. 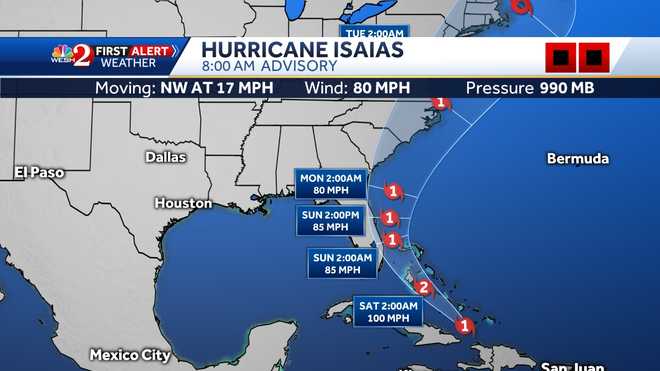 Even if this season doesn’t produce twenty-five named storms, we’re already seeing records being broken. Since the 2020 hurricane season began in June, there have been a record-breaking nine named storms. Earlier this week, Tropical Storm Isaias moved its way up the East Coast, packing quite a punch, particularly for the Northeast. 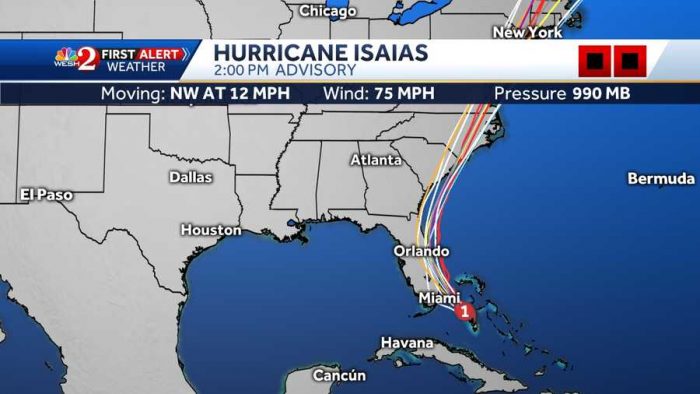 Hurricanes are certainly not uncommon to Disney World, and can put a damper on travel plans during the weather’s more active periods of the year. If you have plans to visit Disney World between now and November, be sure to keep a close eye on the weather and be prepared for any potential storms that may come your way! The official hurricane season is scheduled to conclude on November 30.

Have you had to deal with a hurricane during a Disney World vacation? Share your experience with us in the comments!

« Sivako! Pack for Your Next Adventure With The NEW Pandora Fanny Pack From Disney’s Animal Kingdom!
NEWS: Island Mercantile Has Reopened in Animal Kingdom! »