It seems that every other day Disney World is extending park hours! 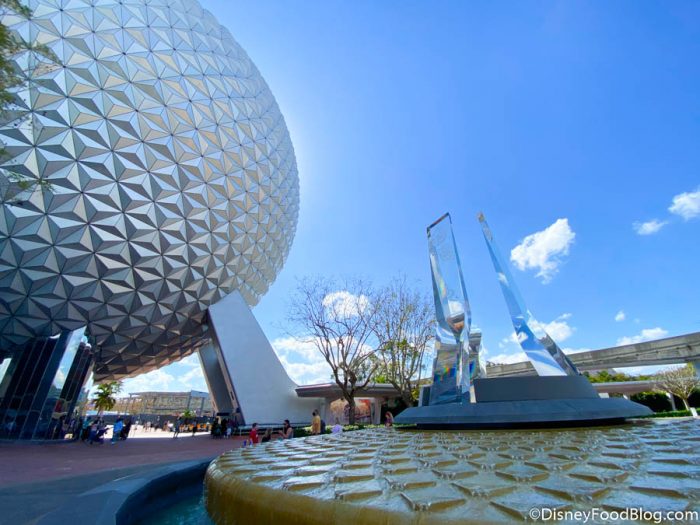 Today, we’ve got good news for those of you visiting from February 28th to March 13th, because park hours have been extended on select days in ALL four parks!

The first date to be extended in the Magic Kingdom is February 28th, which is now open from 9AM-8PM that day. While March 1st-4th stay the same, the weekend hours are now longer! On March 5th, guests can stay in the park for 12 hours from 9AM-9PM, and on March 6th, 7th, and 8th guess can be in the park from 9AM-10PM. 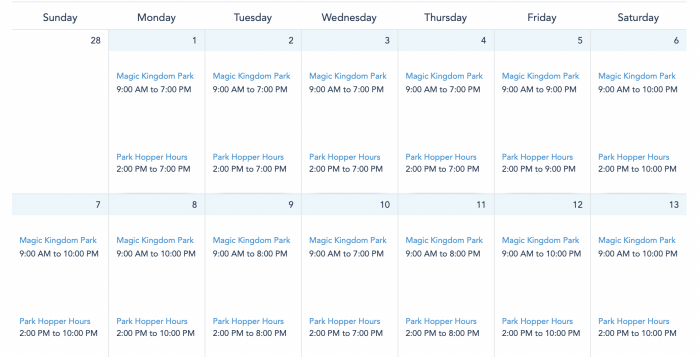 PHOTOS: Magic Kingdom is 100% Us When We Try to Tackle a House Project

For the first time in a long time, EPCOT was open until 11PM last weekend! It looks like this park will continue that trend for Saturday nights because on both March 6th and 13th, EPCOT is open from 11AM-11PM. This is an extra 2 hours from the previous park hours! 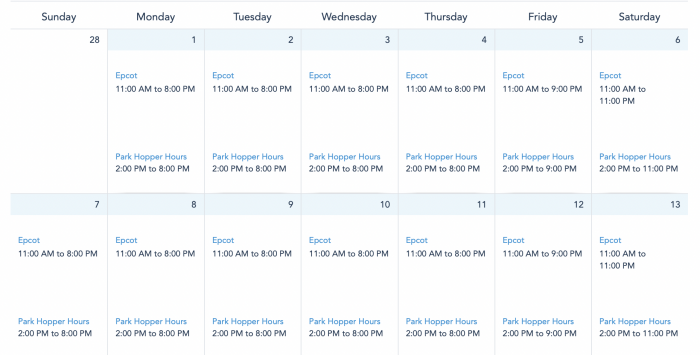 Remember the days when park hours were so limited, we had to leave before dark? Looks like those days are fading fast. Other hour changes include 11AM-9PM park hours for March 5th and 12th. Besides these dates, EPCOT stayed the same!

PHOTOS: EPCOT Said Bye to a Bit of Construction and Said Hello to a New Map

Heading over to Disney’s Hollywood Studios, there were not too many changes! Even though the park is usually a steady 9AM-7PM daily, Disney changed it up and added an hour on March 12th and 13th. 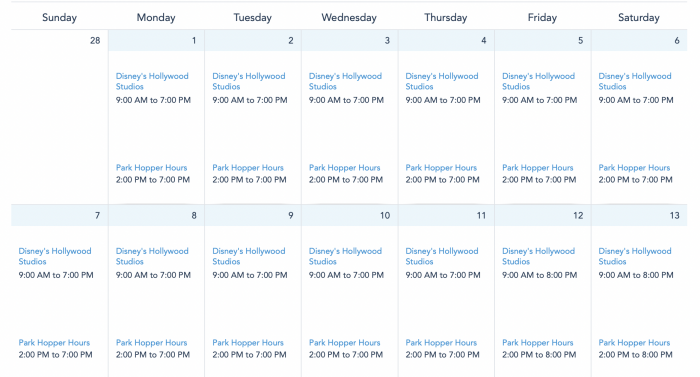 On these two days, you’ll be able to stay in the parks from 9AM-8PM. It’s not much, but hey, we’ll take any extra park time we can get!

Get a Sneak Peek at Some Beer Coming to Disney World

Last but not least, we’ve got park hour updates in Disney’s Animal Kingdom! On February 28th, the park will be open to guests from 8AM-7PM, giving guests an extra hour. Disney gives guests a lot more time in the park on March 6th and 13th with hours of 8AM-8PM. 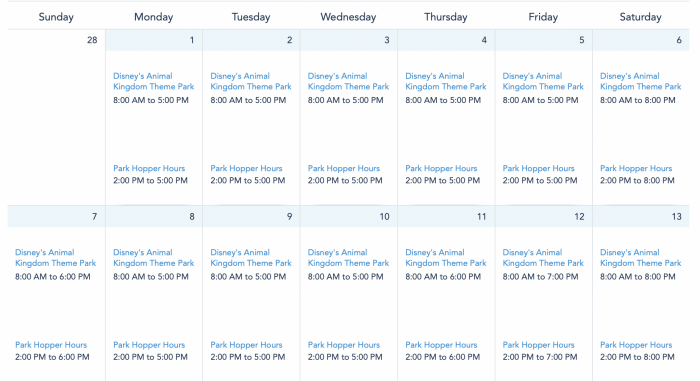 Disney is extending park hours CONSTANTLY, so if you’re planning your trip months in advance, those park hours may change! We’ll be here to keep you updated on all of the park hour changes. If you are going during this time, enjoy your extra hours in the parks!

« Guess How Much These Disney Souvenirs Cost…Then Add a 0. 😳
It’s Like a TON of Items Dropped Overnight in Disney Springs! »