Now, before we dive headfirst into March, we’re taking a look back at February! This past month may not have had as much news as January did, but there were still a few surprising things that happened. Here are the three most unexpected things that happened in February!

1. Cinderella Castle Got Some Surprise Construction!

It tends to be pretty big news when Cinderella Castle is going to get a new look. Remember when the icon got its new pink color scheme last year? It was the talk of the town for months! Typically, Disney gives a fair warning when there’s going to be major work on the Castle, but not in February! 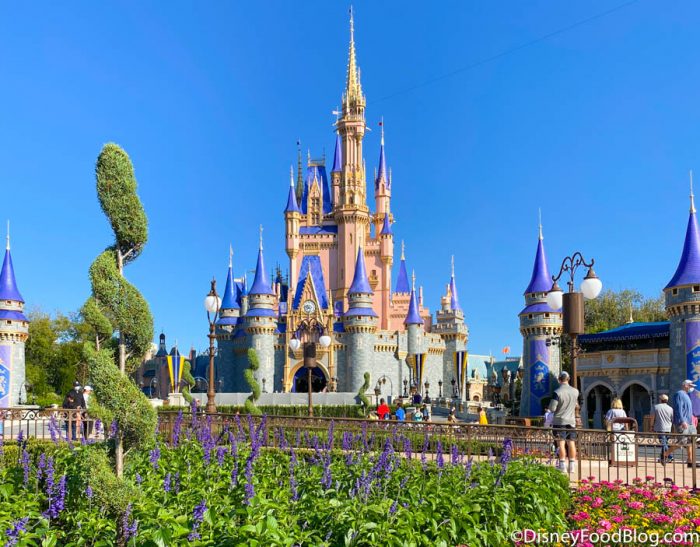 Early in the month, we started to notice that the moat around Cinderella Castle was being drained for some reason, but that wasn’t nearly as unexpected as what was to come. Imagine our surprise when we arrived at Magic Kingdom to find the Castle stage and nearby areas COMPLETELY covered. 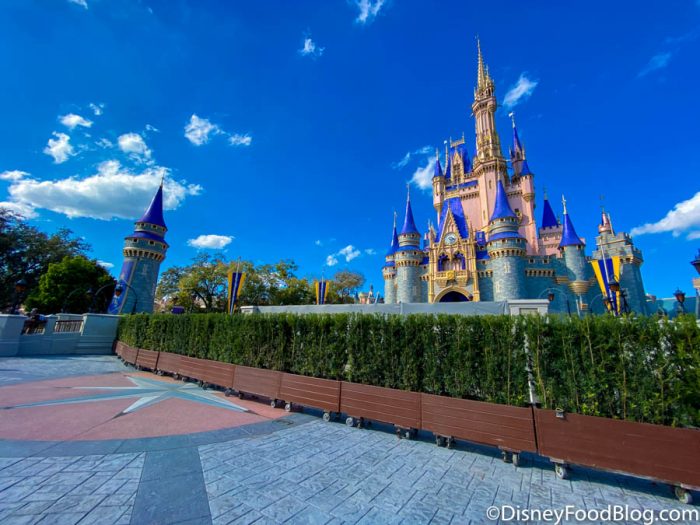 Workers had hidden the stage behind scrims and temporary foliage. Then, we spotted that the top layer of the stage had been removed completely revealing the wooden supports. Huh, we’re not really sure what’s going on there! 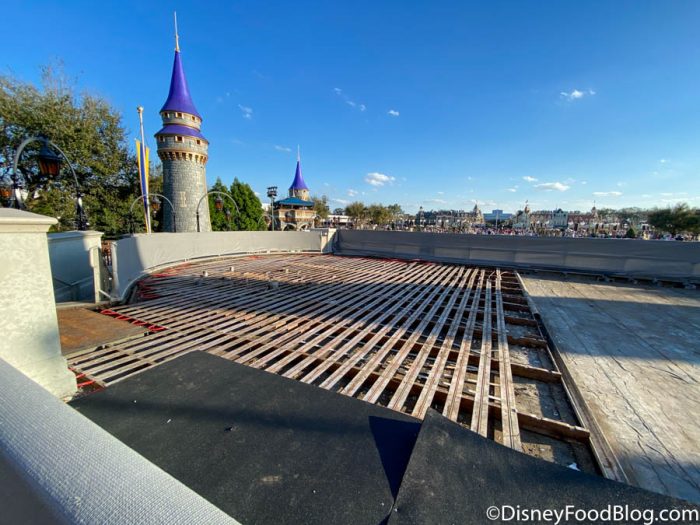 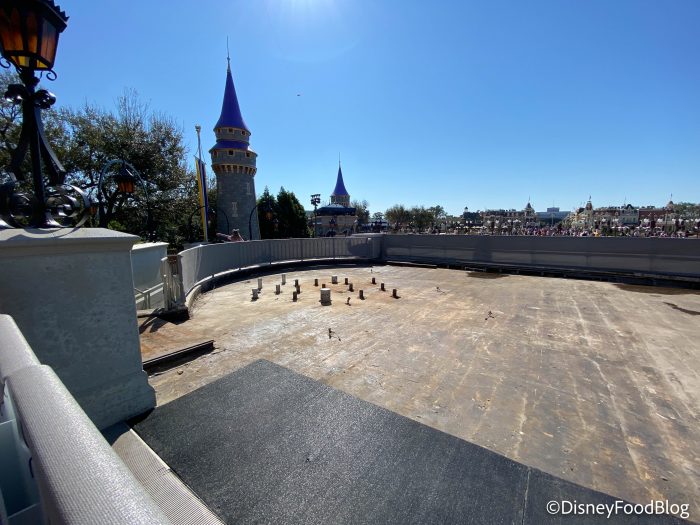 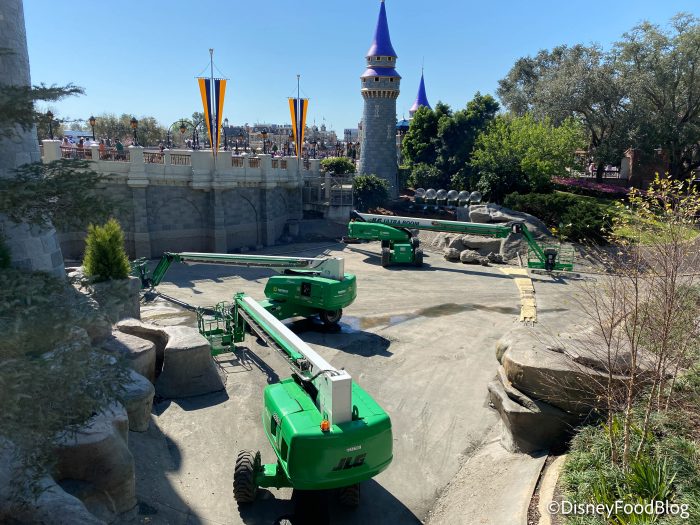 Disney hasn’t officially announced any work on the Castle yet, but it’s possible that the stage is getting some updates or touch-ups ahead of Walt Disney World’s 50th Anniversary this year. We’ll be keeping a close eye on this mystery work so stay tuned!

Disney also dropped some AWESOME announcements for the 50th Anniversary of Walt Disney World! Celebrations kick off this year and ALL FOUR park icons will get changes to celebrate “The World’s Most Magical Celebration.”

Cinderella Castle will be decorated with shimmery gold decor, Spaceship Earth will get a permanent new lighting scheme, the Tree of Life will feature animated fireflies, and the Tower of Terror will get a new nighttime look. 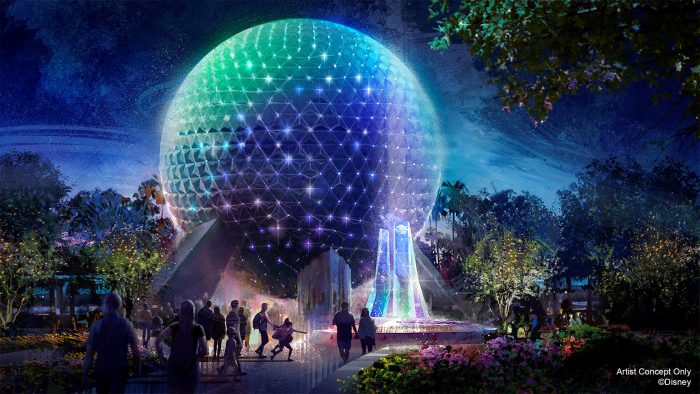 Mickey and Minnie will have special outfits too!

All of the changes begin on Disney World’s birthday on October 1st and Disney has announced that the temporary offerings will last about 18 months. We expect more announcements to come for this MAJOR event so stay tuned to DFB for the latest updates!

3. Disney Made a Big Change to the Face Mask Policy

For several months now, the Disney face mask policy has allowed mask removal only when stationary, socially-distanced, and actively eating or drinking; or while seated at a dining table. Last month, that changed. 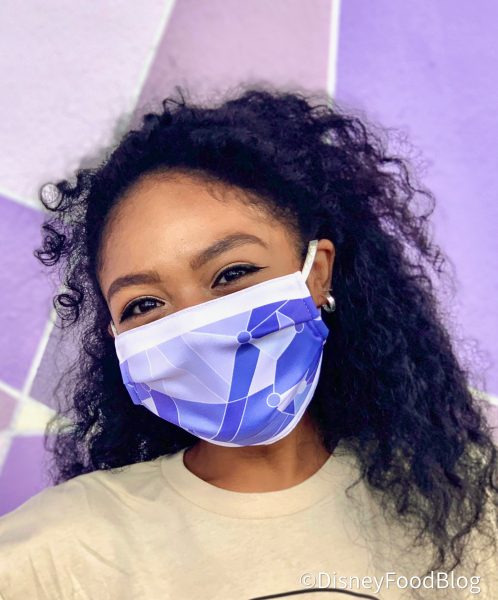 Now, the Disney policy states that when dining at a restaurant, guests must wear face coverings while standing, waiting, or sitting in dining locations. This means that the only time guests are permitted to remove masks is while they’re actively eating or drinking. 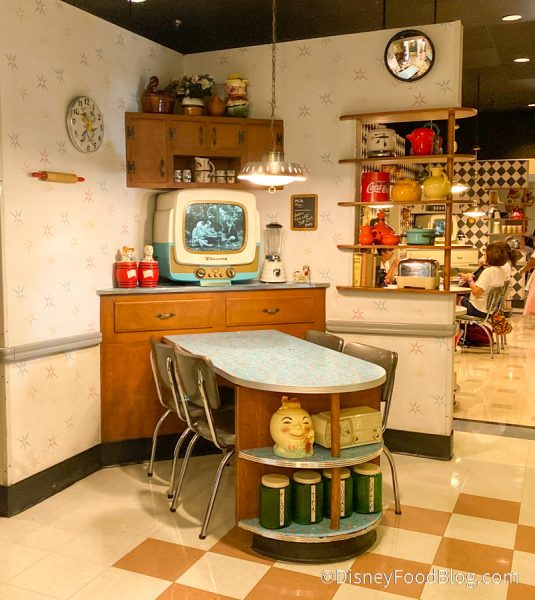 This change means guests will have to replace their masks when they’re not taking a sip or bite at the restaurant. We went to see what our experience was like with this policy change. You can read all about it here. 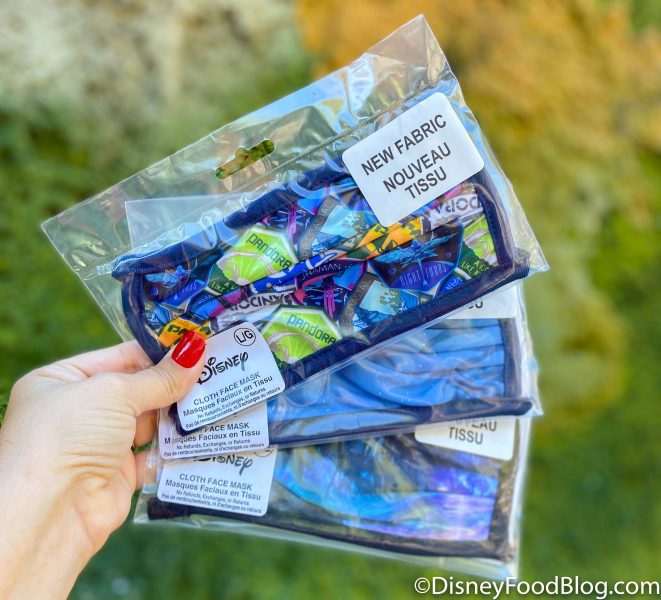 As a reminder, Disney CEO Bob Chapek shared that required masks and social distancing within the parks are expected through the end of this year.

Click here to read about our experience with the change.

These were the biggest and most unexpected changes from February. We’ll be keeping an eye on alllll the Disney news to bring you all the updates you need on Disney World’s wildest happenings!

Click here to see if YOU should go to Disney World this year!