Can you believe we’re already a full month into 2021? 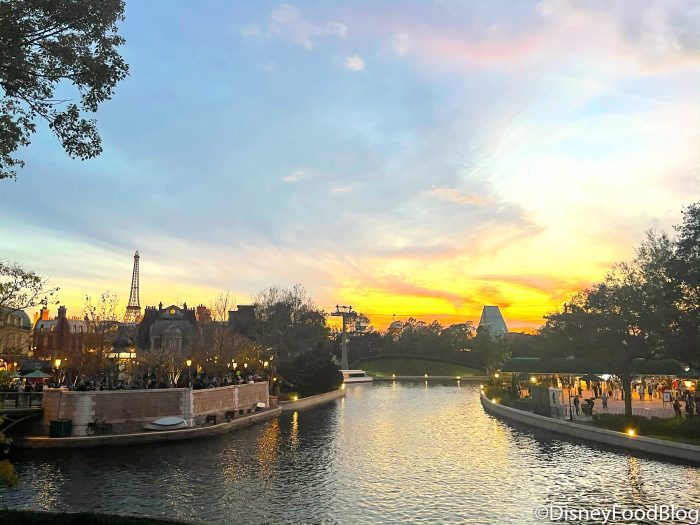 We’re taking a look back at January in Disney World. This was a newsy month and frankly, there were a lot of things we just didn’t see coming! Here are the five most unexpected things that happened in Disney World last month!

We were certainly shocked when Disney announced the discontinuation of Disney’s Magical Express a little more than a week into the new year. This offering is a shuttle that takes guests between the Orlando International Airport and Disney World and it’s going away next year. 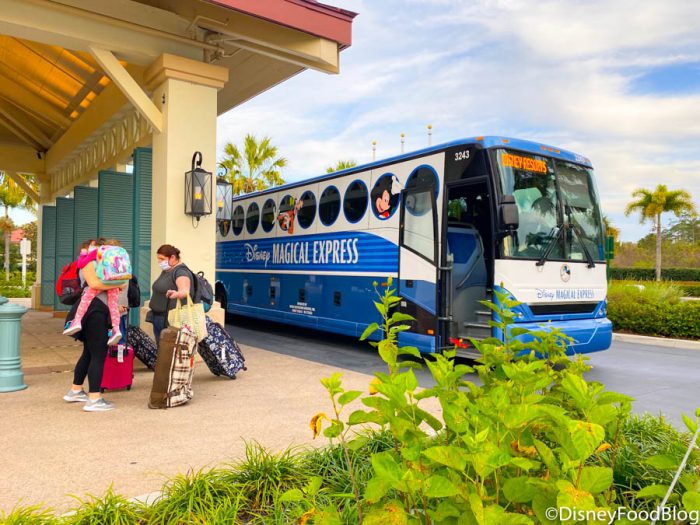 Beginning January 1st, 2022, the Magical Express will be no more! Of course, a new Brightline train is set to connect the airport and Disney Springs with a goal of completion in the latter half of 2023. 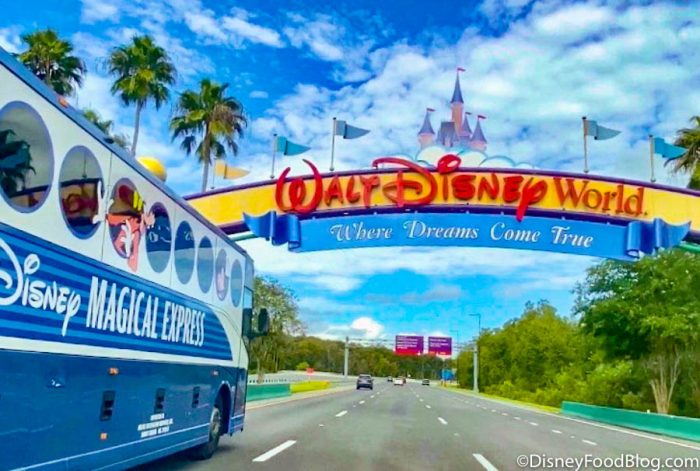 In the meantime, we spoke with Mears (the company that runs the Magical Express) and they noted that Mears will continue to offer shuttles to Disney World and the rest of the Orlando area.

The same day, Disney announced Early Theme Park Entry for guests staying at Disney-owned resorts and other select resorts. These resort guests will be able to enter every park 30 minutes early EVERY DAY. 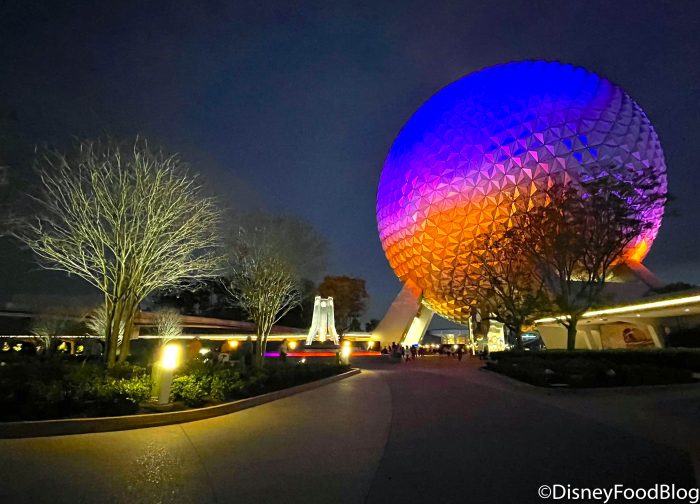 This is a different option than the pre-closure Extra Magic Hours (where guests could enter ONE theme park an hour early/late) that should get resort guests the perk of early entry without drawing crowds to any particular park. 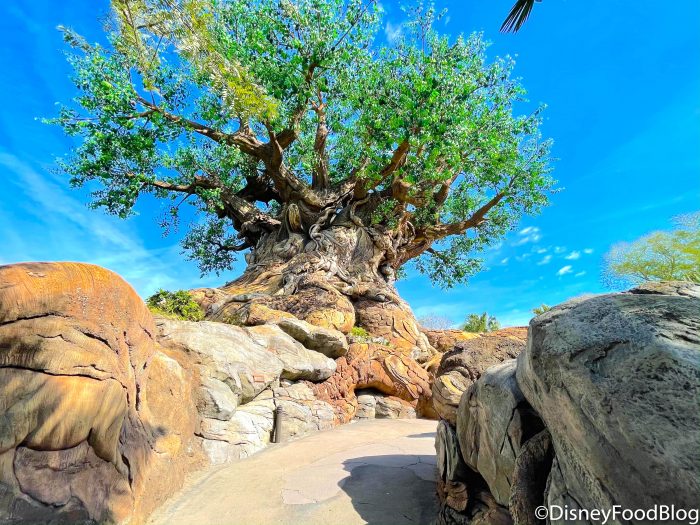 Disney has not yet announced when this new offering will begin, but stay tuned to DFB so you know as soon as they do!

3. Disney Announced the Return of Festival of the Lion King

Another surprising announcement came when Disney announced the return of Festival of the Lion King, an extremely popular live stave show in Disney’s Animal Kingdom. The show is expected to return THIS SUMMER! 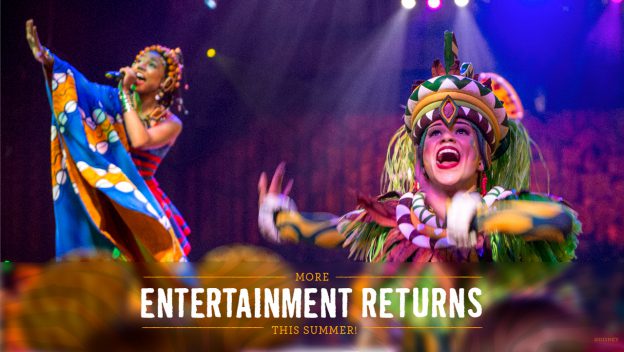 When it comes back, the show will be “presented in a modified format to be mindful of the current environment. There will be adjustments to the show on stage and backstage, including updates to choreography to allow for appropriate physical distancing.”

This was definitely a surprise for us since live entertainment has been sorely missed since the reopening of Disney World. We’ll keep you updated as we learn more about the return of this show!

Get more details on the return of Festival of the Lion King right here!

4. Disney Announced a BIG Update to The Jungle Cruise

Disney announced a BIG update to the Jungle Cruise in Disney World and Disneyland that will add the Skipper as a ride character and change some cultural depictions.

According to Imagineer Chris Beatty, the update will feature the Jungle Cruise’s “first continuous story, fantastic updated scenes, colorful new characters, and more,” while bringing us, “new adventures that stay true to the experience we know and love – more humor, wildlife and skipper heart – and also reflect and value the diversity of the world around us.”

This one wasn’t quite as unexpected as the above announcements; with the impending retheme of Splash Mountain, we thought that Jungle Cruise could see some updates to phase out some outdated depictions. But it was still a surprise!

Here’s everything you need to know about The Jungle Cruise’s NEW storyline!

This one was a HUGE surprise. We were just having a plain old morning in EPCOT when we found out that part of the ALL-NEW France Pavilion Expansion was open! 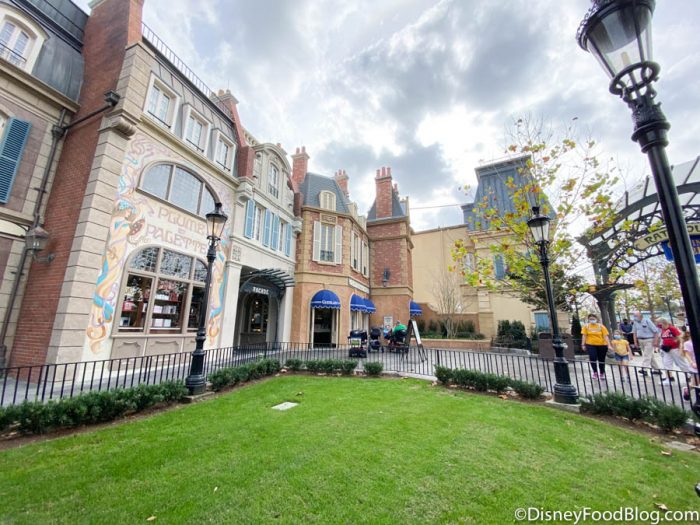 Mostly, we got to see some of the detailing and the new restrooms. Even though we got to see more of the upcoming quick-service/table-service spot, La Creperie de Paris, it is not open yet. Plus, we couldn’t head too far into the expansion. 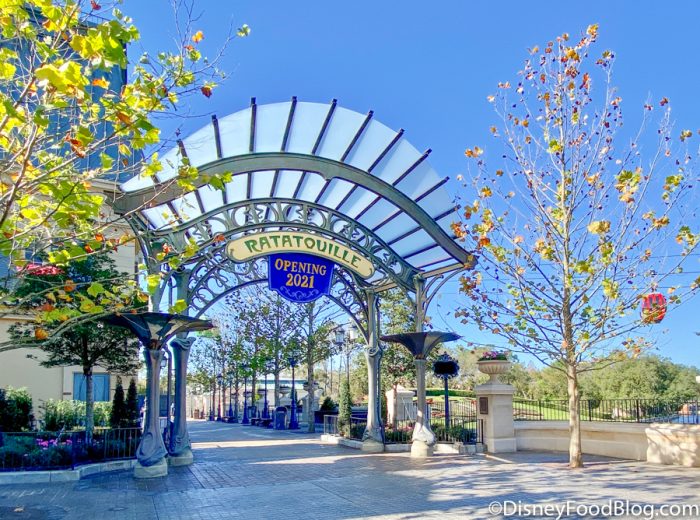 So, nope, no Remy’s Ratatouille Adventure yet. We’ll have to wait a little longer for this attraction but hopefully, it opens soon! We certainly are a few steps closer with this partial opening of the expansion AND the release of attraction merchandise.

Click here to see the opened part of the France Pavilion expansion!

We Got to Meet Plant Donald!

And one that might not be as BIG news as some of these others but was probably the most unexpected happening of the month, we’re taking a look at Gran Fiesta Tour in EPCOT. That’s where the Donald animatronic got inexplicably replaced with a sombrero-wearing PLANT. 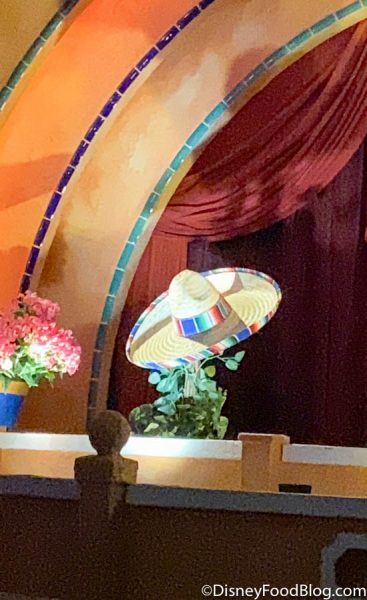 Plant Donald is now gone, but Donald Donald isn’t back yet! You can check out the current sitch at Gran Fiesta Tour in our latest update!

Want to see the latest update with the Tres Caballeros? Click here!

These changes were pretty unexpected for us, were they for you? Who knows what next month will bring! We’ll pop back in soon to get you all the updates you need on Disney World’s wildest happenings!

Click here to see if YOU should go to Disney World this year!

« “Raya and the Last Dragon” Now Available for Pre-Order on Disney+
Can We Eat This Disney Bag?! Asking for a Friend. »