Earlier today, we learned about some major developments over at the Disneyland Resort! After the state of California announced that theme parks could reopen under the Red tier effective April 1st, Disney CEO Bob Chapek shared today that they’re hoping to have the Disneyland theme parks reopen sometime in late April!

While this is certainly exciting news for west coast fans, it left us wondering what the current status of Avengers Campus is and if we could expect this new land to open with the theme parks!

During today’s Meeting of Shareholders, Bob Chapek confirmed that Avengers Campus would open “later this year,” meaning that we WON’T step foot into this new land in late April. 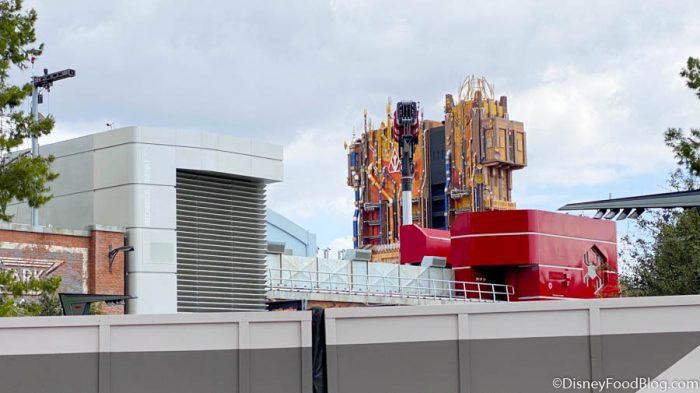 The updated opening timeline for Avengers Campus was initially shared earlier this year during the company’s Q1 Earnings Call. At the time, Disney announced that Avengers Campus would open in 2021, leaving an exact season or date to be, like Spider-Man himself, up in the air. While the exact opening date of Avengers Campus has yet to be announced, at least we know that it won’t be a part of Disneyland’s initial reopening.

So for now, it looks like the grand reopening of Disney California Adventure will be without its newest land, but we’ll keep a close watch on all of the latest developments coming out of Disneyland. We hope to have more information to share with you soon!

Click here to read about when Disneyland is aiming to open its theme parks!

Are you planning on visiting Avengers Campus as soon as it opens at Disneyland? Let us know in the comments!

« Have a DAPPER DAY With This Pop-Up Shop Coming to Disney World!
Is the Disney Store Near You Closing? Here’s How to Check »