There’s so much food around the EPCOT Flower and Garden Festival that it’s difficult to choose our top choices. So, we had to turn to the foodie experts — our readers! 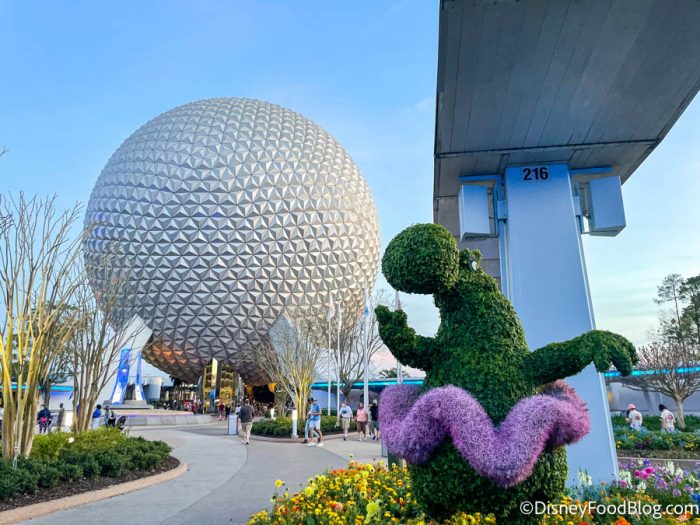 We asked YOU about the best treats from the festival this year on our Instagram Stories. We narrowed down the 24 different menu items in our first round of the bracket. And, we’re getting closer and closer to our winner now that round two has completed its voting!

When you put a Dole Whip up against a shake, it’s the battle of which ice cream treat will reign supreme. But, it’s no surprise that the Mango Limeade Dole Whip won out over the Froot Loops Shake with 66% of our readers choosing the citrus-flavored dessert! 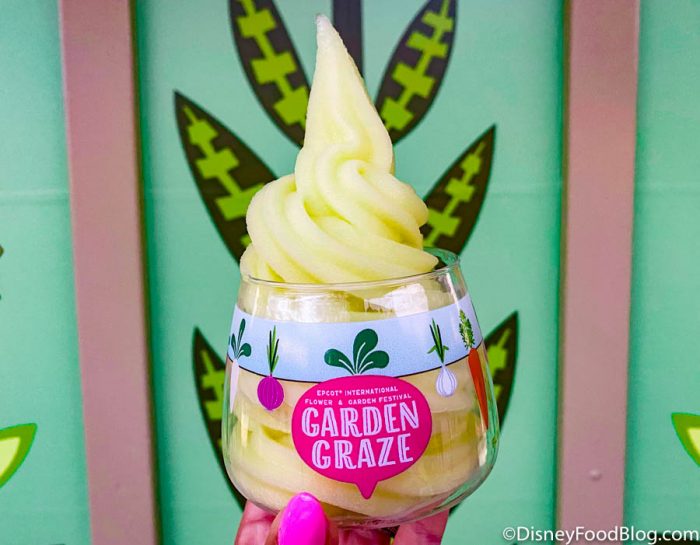 The Cookie Butter Worms & Dirt and Popsicle Trio had a close race up against each other, but childhood nostalgia won in the end! The Worms and Dirt just slightly pulled ahead with 58% of the vote compared to 42% for the popsicles. 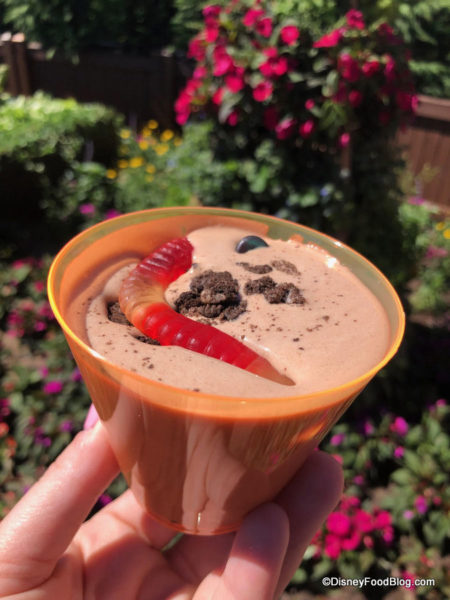 Cake or beignets? That might be one of the HARDEST questions we’ve had to face in our Disney World adventures. But, our readers picked the Beignet Caramélisé over the Griddled Maple Pound Cake with 66% of the vote! And, we can’t blame them with all that vanilla cream and caramel goodness! 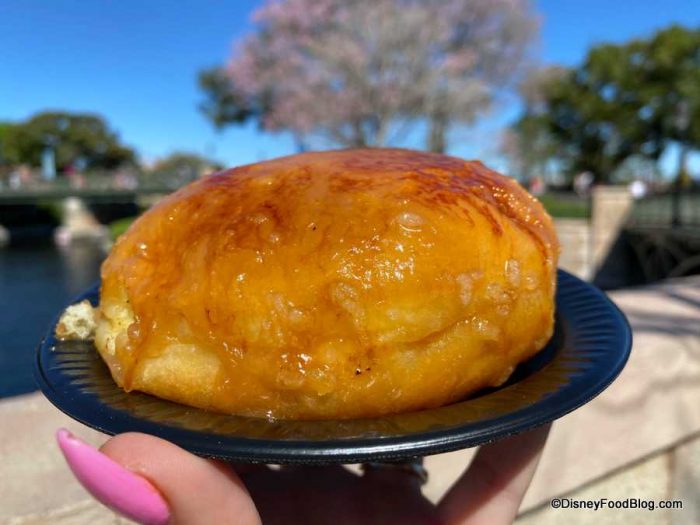 We hope that you’re hungry because it’s clear our readers happen to be HUGE breakfast fans. Sunshine Griddle‘s treats are already some of our favorites, but the Fried Cinnamon Roll Bites are a huge hit at this festival. So, we’re sorry to see the Citrus Shortcake booted from the bracket, but it’s no wonder that the Cinnamon Roll Bites moved ahead with 76% of the votes. 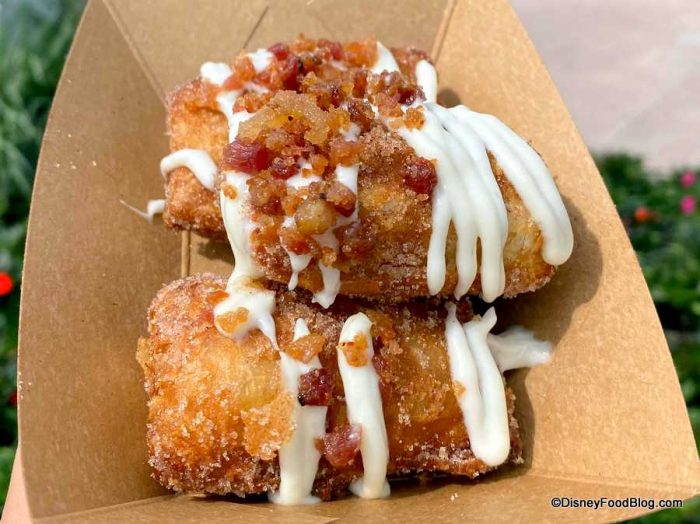 If seafood’s your jam, then this part of the bracket is for you! The Shrimp & Grits and Crawfish Étouffée were put to the test, but there was a VERY clear winner! The Shrimp & Grits pulled ahead with 3/4ths of the vote with all that seasoned and juicy shrimp. 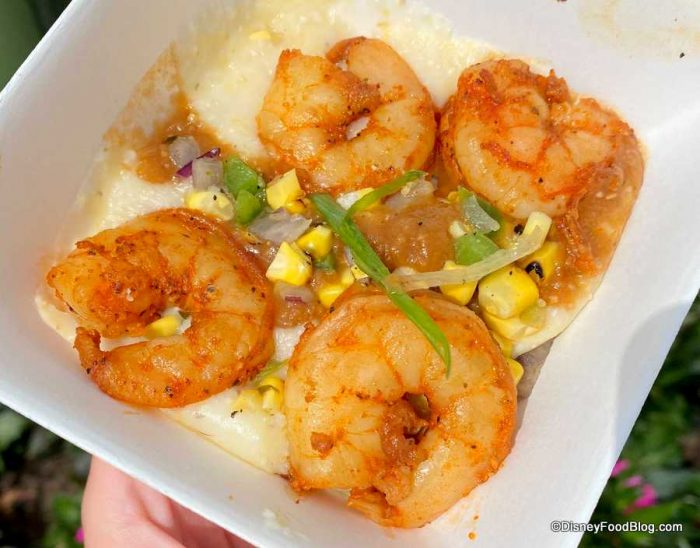 And, the seafood fest continues with two more snacks from the festival up against each other! But, the Crab and Cheese Wontons has won out over the Poached Lobster yet again this year with its crispy and melty textures with 70% of the vote! 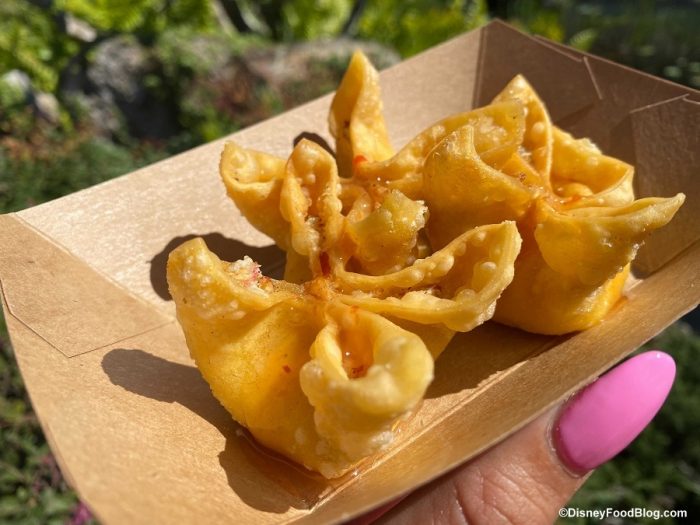 In the biggest landslide of this round of voting, the Burnt Ends and Pork Belly Slider has claimed its spot as a top pick with fans with 79% of the vote. Sorry, Braised Duck Confit, but that AMAZING slider is just too good to pass up! 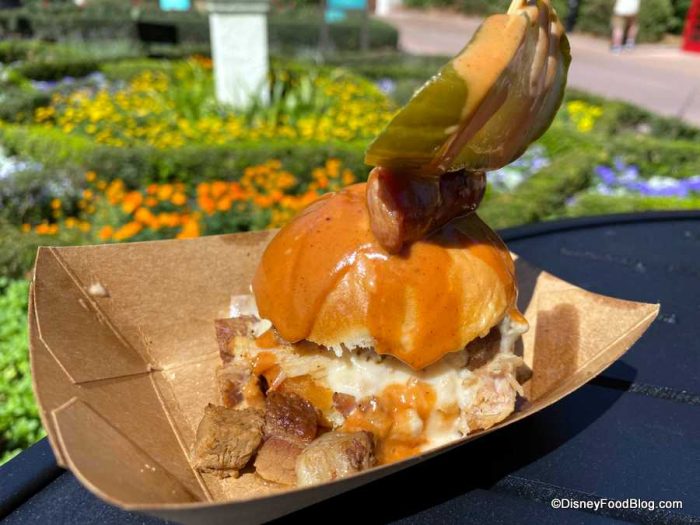 We’re ending round two of this bracket with another close race! The Goat Cheese Tart just barely beat Taco Vampiro with 54% of the vote (and now we’re craving that flaky pastry too). 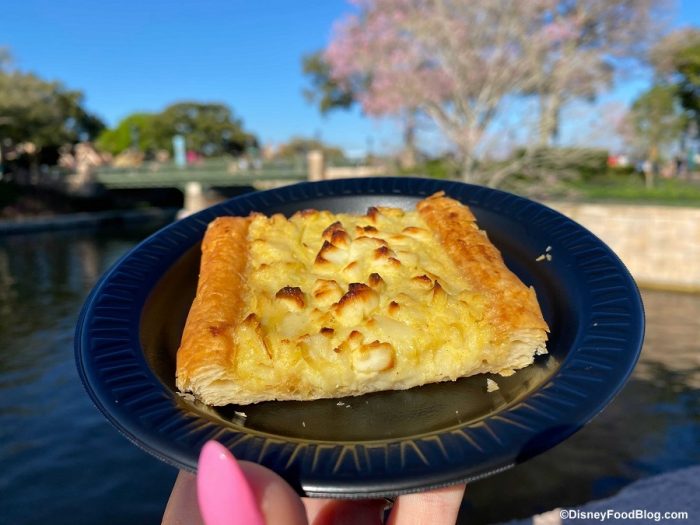 The next round is on the way, so be sure to check our Instagram Stories to place your votes. Who do YOU think will reign supreme as the best snack at this year’s Flower and Garden Festival?

Check out the results from Round 1 of the EPCOT Flower and Garden Festival Bracket!

Click HERE To See All The Updated Details For Epcot's 2021 Flower and Garden Festival!

Ready to Plan for Your 2021 Epcot Flower and Garden Festival Trip?

Order the DFB Guide to the 2021 Epcot Flower & Garden Festival e-Book today! This 200+-page guide to the Festival offers insider tips and advice as well as all of the details you need to know to plan your best Festival visit ever. 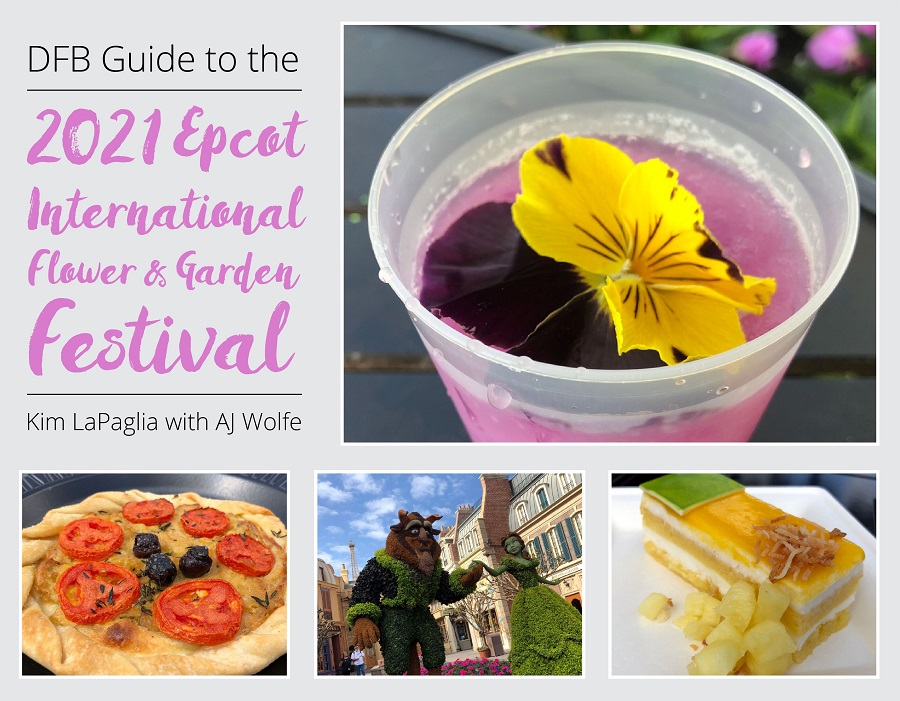 Use code SPRING at check-out for a $2 off the cover price!

What are your favorite eats from this year’s festival? Let us know in the comments below!