Disneyland isn’t totally reopened quite yet — that’s coming later this month! — but until then, people who purchased tickets can eat famous Disneyland snacks, see favorite Disney characters (like Mickey!), and take in the sights at A Touch of Disney! 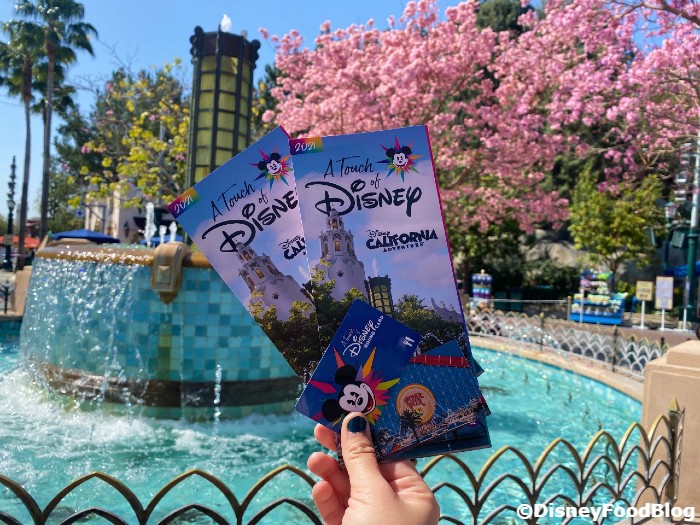 A Touch of Disney has been running for two weeks now, and the ENTIRE event is SOLD OUT.

We’ve seen what these sold out crowds look like, but what do they FEEL like? During the first two weeks, they felt very manageable. There could be hourlong waits for Mobile Order spots, but it didn’t happen until midway through the day. But today, that ALL changed. 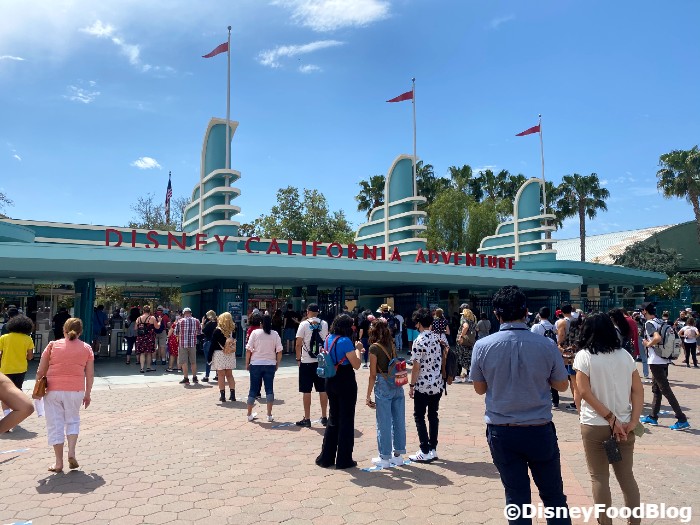 Line to get into A Touch of Disney

Today was the first day where Mobile Ordering felt like a bit of an issue. Some popular spots, like Adorable Snowman Frosted Treats were showing THREE HOUR waits. Yep, THREE HOURS for a Dole Whip! However, other times for a hot dog from Award Wieners or an ice cold beer from Bayside Brews were much more manageable.

Luckily, some spots around A Touch of Disney do have standby lines. That three hour wait for Adorable Snowman? You can SKIP it and walk up to get a Dole Whip. 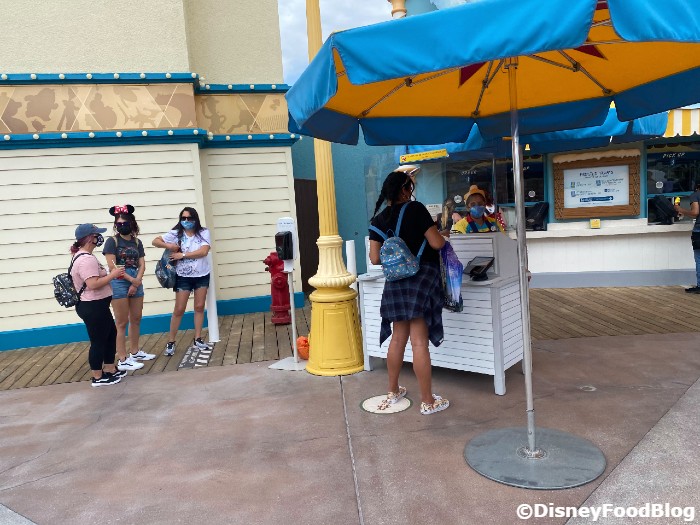 Which, of course, we did. And, of course, it was delicious. And, we only waited FIVE MINUTES! 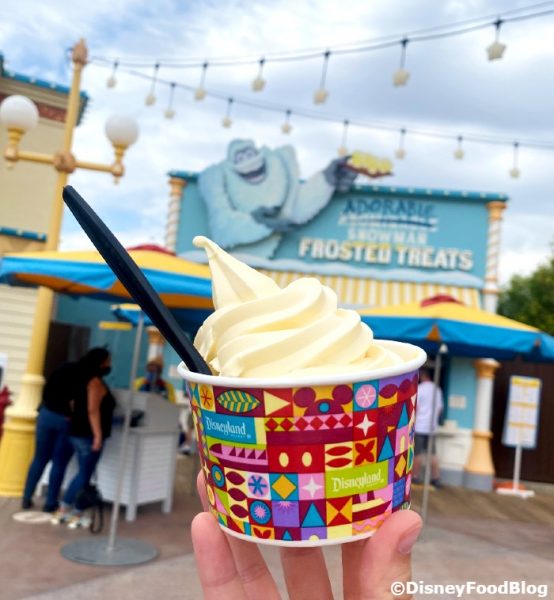 Dole Whip tastes better when you don’t wait for it

However, A Touch of Disney very much promotes Mobile Ordering. So, you preorder food! After that, how long does it take for you to actually get your food? We ordered a 1/2 Monte Cristo Sandwich from Smokejumpers Grill and told the app “I’m here” so they could make our order…

…and it took 29 MINUTES for out food to be ready for pickup!

We’re not sure WHY this is, because every A Touch of Disney event is sold out, and as far as we know, the same number of tickets were sold for each event. 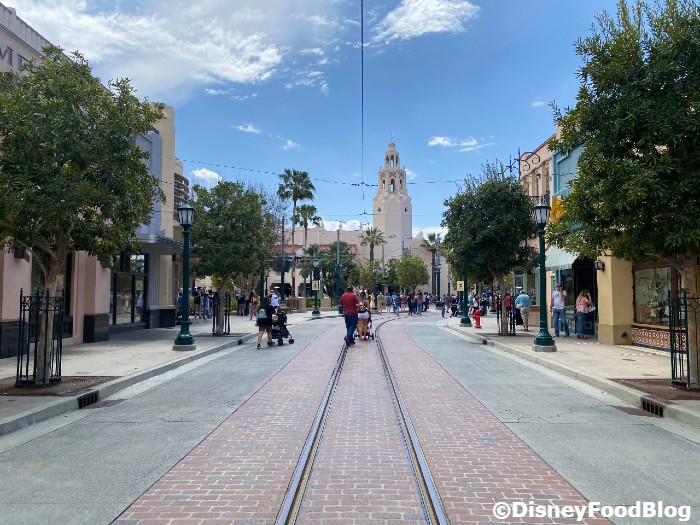 A Touch of Disney crowds

There are still a limited number of cashier locations around the park, so if you’re going to A Touch of Disney, you may have to prepare for long waits for food and prioritize what you want to eat (and when). And whenever there are crowd updates or ways to avoid these long waits, we’ll be sure to let you know!

What Does a SOLD OUT A Touch of Disney Crowd Look Like at Disneyland?

Have you been to A Touch of Disney? Let us know your experience in the comments!