Although it initially reopened in July 2020, it re-closed in October and has remained shuttered since. However, there’s still plenty of excitement! Sleeping Beauty Castle is currently getting its first makeover ever, and a virtual celebration of the parks’ 29th anniversary gave us a peek into the future of Disneyland Paris.

During this celebration, we got LOTS of exciting updates on Hotel New York, Avengers Campus, Cars Road Trip, and more. Let’s dive in!

Hotel New York — The Art of Marvel was originally supposed to open in June 2020, but construction got delayed. However, Imagineers are now working on the finishing touches! We previously got a look inside the hotel, but Pilar Hamil, the hotel manager, explained that the true embodiment of “The Art of Marvel” will come from the guests and Cast Members.

In fact, a special training program in partnership with Marvel has been created for these Cast Members! This training will involve an immersive “escape game” so Cast Members can learn every nook and cranny of the hotel. Sounds pretty cool, right? They will also learn pop art, street art, and more. 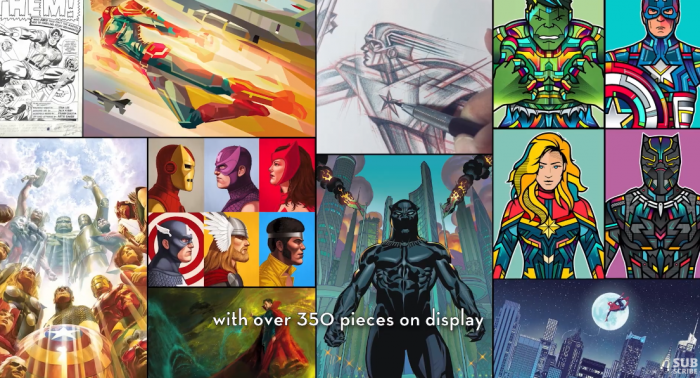 There will be LOTS of art on display! ©Disney

As for the costumes? They’ll be “slick and modern,” with a touch of Marvel. 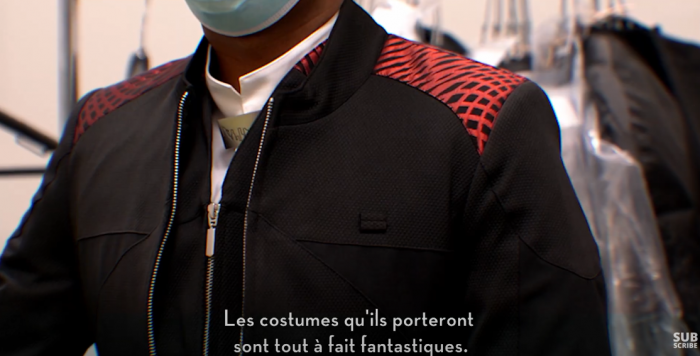 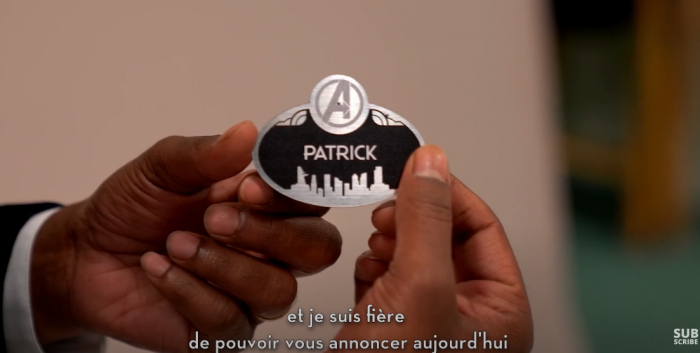 We’ll keep an eye out for an opening date for this hotel — and we’ll keep ya posted on plenty more details!

Take a Peek Inside the Hotel’s Rooms!

Near the Hotel New York, Avengers Campus is opening in Walt Disney Studios! Like the land opening on June 4th in Disneyland California, there will be an all-new Spider-Man ride. We’ll also see Rock ‘n’ Roll Aerosmith rethemed to a “very kinetic” Iron Man attraction. 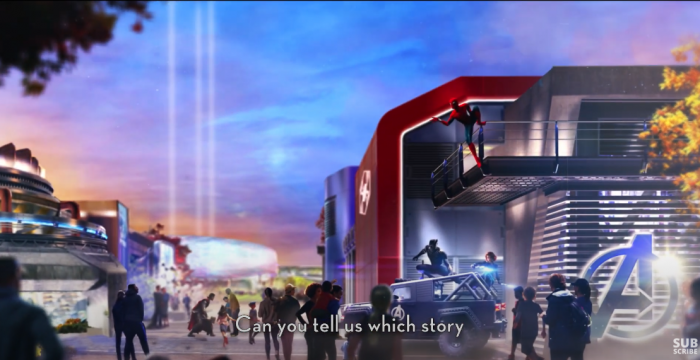 Disney emphasized the importance of the “soundscape” here: the music for the land was developed in London, and it will add to the immersive storytelling taking place. And as for the story itself? The campus was Tony Stark’s idea! This Disneyland Paris campus is interconnected with the ones in Disneyland California and Hong Kong: Stark’s initiative has traveled all over the world. 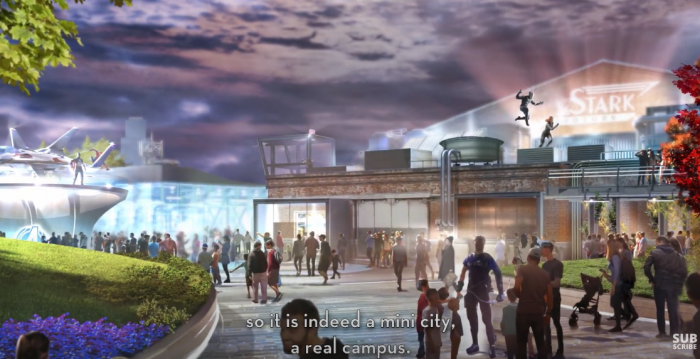 We’ll continue to keep you posted as we receive even MORE news on this exciting new land!

Another new attraction coming to Disneyland Paris is Cars Road Trip! Guests will travel Route 66 with Cars characters, experiencing some of the wacky roadside attractions that have made the Main Street of America so popular. 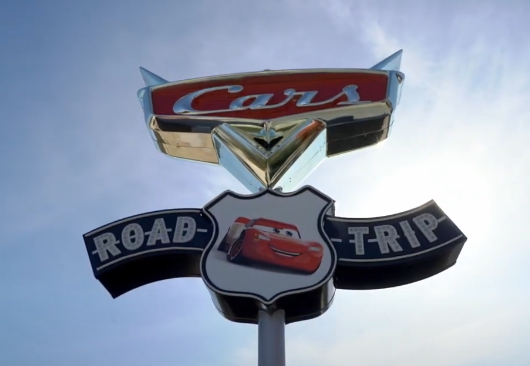 During the presentation, we got a peek at the ride vehicle! It looks pretty similar to the vehicle from the old Studio Tram Tour, which is the attraction Cars Road Trip is replacing. 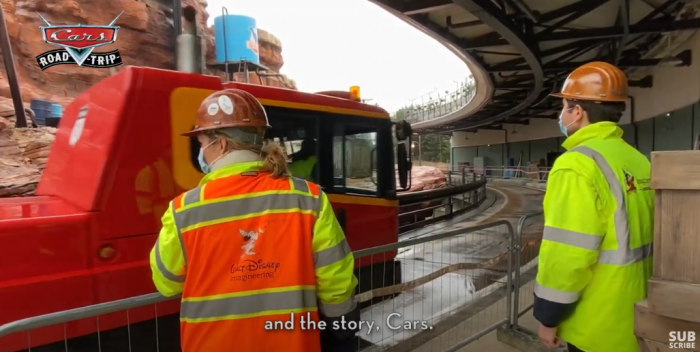 And apparently, Catastrophe Canyon — the highlight of the Studio Tram Tour — will receive a giant makeover! 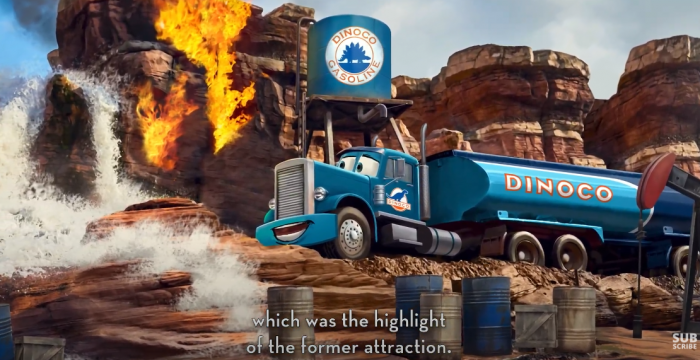 Check Out the Latest Construction Update on Cars Road Trip!

As part of the presentation, Disney also turned its attention to entertainment throughout the parks. David Duffy, Disneyland Paris’ Vice-President for Shows, spoke of the parks’ vision for entertainment: to bring it back as quickly and safely as possible. He emphasized how he looks forward to bringing back experiences from last year’s reopening, like selfie spots with characters and surprise appearances. 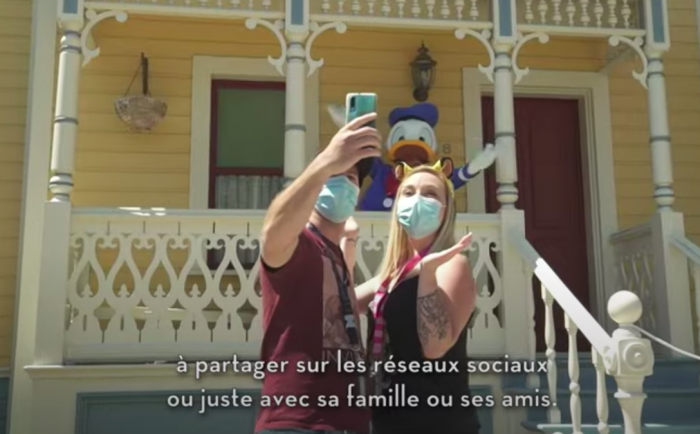 In fact, Disney is looking to bring back even more surprise appearances and photo locations! A new selfie spot will be at Videopolis Theatre, and it’ll feature Star Wars characters. We’ll see over 50 characters spread out across the 2 parks! For example, the Cheshire Cat Train will return to Main Street with Alice in Wonderland, and Cruella de Vil will pop up in Walt Disney Studios. 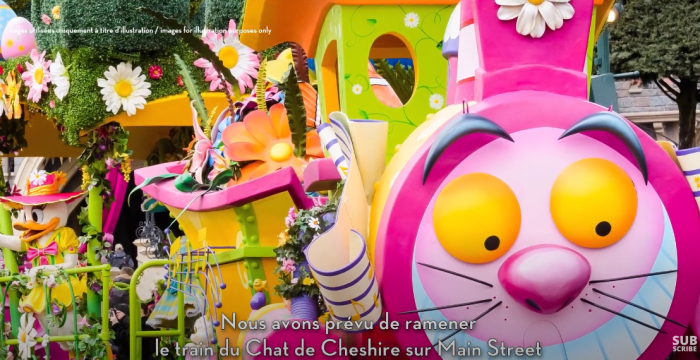 And spoiler: you may catch these characters in some different costumes! Duffy explains that Cast Members have been digging around, and they’ve unearthed some character costumes that haven’t been worn in a while. 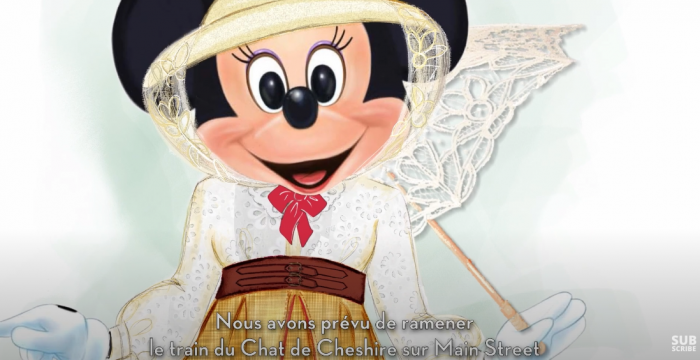 Lastly, a fan-favorite experience has gotten a little TLC: upon reopening, the beloved Kiss Goodnight at the Main Street Train Station will have a brand-new song! It sounds like a massive celebration is waiting for us when Disneyland Paris opens its gates again.

While the parks have not yet set a reopening date, we’ll keep you posted when they do! As always, stay tuned to DFB for more Disney news.

Which new experience are you most excited about? Let us know in the comments!

« Planning a Trip To Disney’s Vero Beach Resort? You’ll Want To Know About An Upcoming Closure!
PHOTOS: The King Arthur Carrousel Makeover Is Complete in Disneyland »