Are you excited about the Disney Wish? 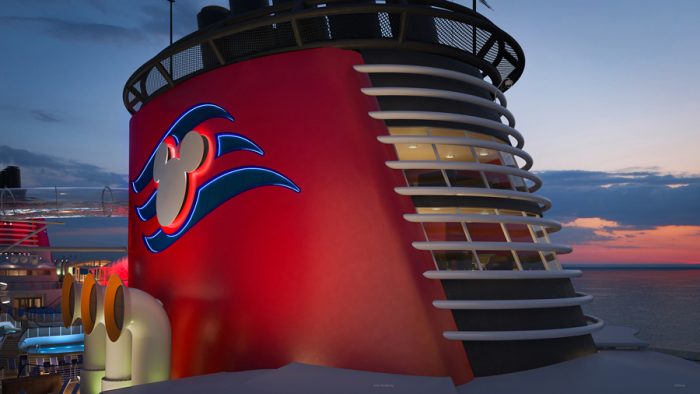 The tower on the Disney Wish

A few months ago, Disney released TONS of information about the new Disney Cruise Line ship! The ship will include Disney’s first-ever attraction at sea, a Frozen-themed restaurant, an adults-only Star Wars lounge, and SO much more! One of the biggest restaurant announcements for the ship was the Marvel dining experience, and Disney just dropped even more details about it!

Worlds of Marvel is the first-ever Marvel cinematic dining experience! It will feature an original storyline and food inspired by Wakanda, Sokovia, and New York City. Disney gave us a “tiny” hint (literally) about the new restaurant and the Avengers Quantum Encounter, but now we’ve got ALL the details about what Disney is calling the “most ambitious dining experience ever.” 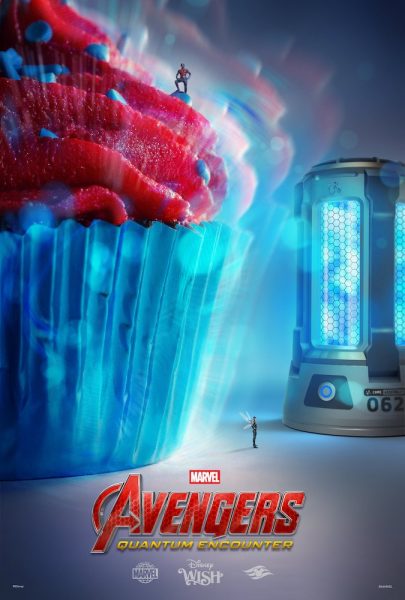 Intrigued? Avengers: Quantum Encounter features Ant-Man and The Wasp who will be speaking to Disney Wish guests on behalf of the Avengers. They’ll be showing off some Avengers tech, including Iron Man’s arc reactor, Captain America’s shield, and Ant-Man’s Pym Particles. 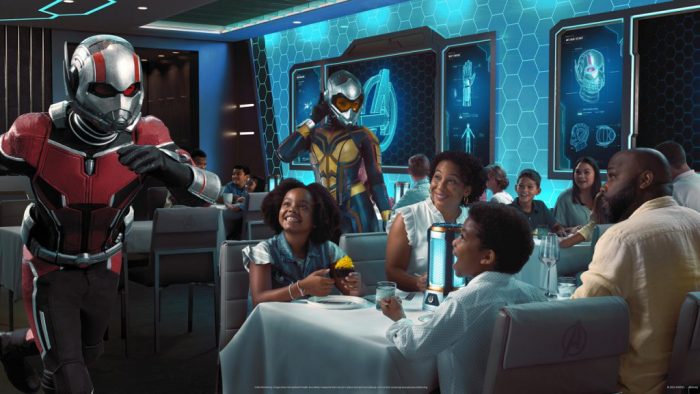 However, there’s an adventure in store because once they’ll also be showing off the latest Pym Tech, the Quantum Core, which can shrink and grow targets “at the push of a button” (and is still in testing mode). And there will be a Quantum Core at EVERY table where guests sit, so that they can help Ant-Man and Wasp demonstrate the technology. “During dinner, you will assist Ant-Man and The Wasp as they attempt some small-scale trials, perhaps shrinking oversized luggage for easy stateroom storage.”

If enough Quantum Cores are activated at the same time, the restaurant “will become supercharged as energy pulses through the power channels in the walls and ceiling.” Of course, some villains eventually show up and try to get their hands on the technology themselves, so guests will find themselves plunged into a very cool Avengers adventure. 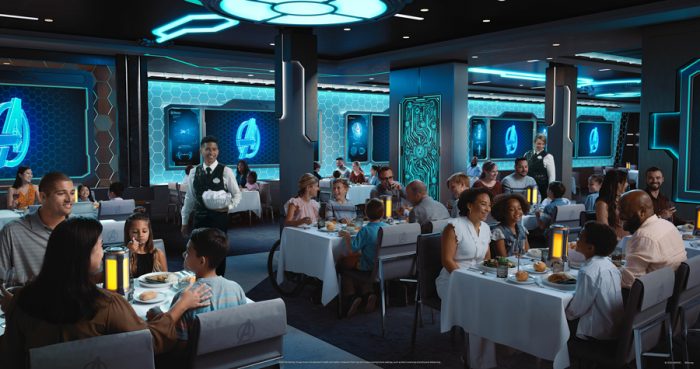 Then there’s the food — Worlds of Marvel “will offer dishes inspired by legendary locales like African Wakanda, Eastern European Sokovia, and the Avengers’ home base of New York City.” Disney is still working out the menus, but plans on releasing details soon! And did you spot that GROWING cupcake in the video above? Shrinking and growing food…sounds familiar!

This experience can’t help but remind us of the Pym Test Kitchen at Avengers Campus in Disney California Adventure, where food is either very big (we’re looking at you $100 sandwich!) or small! Of course, Avengers: Quantum Encounter also adds an interactive experience, and we can’t wait to learn more! 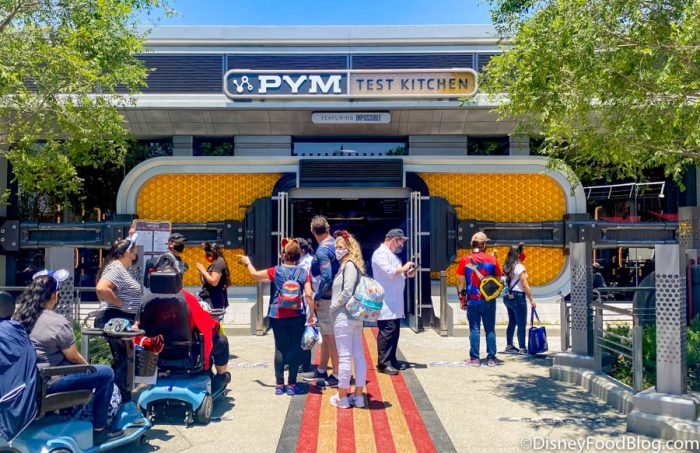 If you weren’t excited about this immersive restaurant experience already, we bet you are now! The Disney Wish is set to take its maiden voyage on June 9th, 2022, and until then, we’ll keep you updated with the latest Disney Cruise Line announcements. Stay tuned for more!

Everything Announced for the Disney Wish Cruise Ship

Are you excited for the Marvel Dining Experience on the Disney Wish? Let us know in the comments!

« 8 Tricks the Pros Use to Tackle EPCOT’s Food and Wine Festival
The Wave’s Breakfast is Moving to Another Spot in Disney World! »