Some time ago, the Mandara Spa at Disney’s Grand Californian Hotel closed its doors permanently. But, Disney announced that the new Tenaya Stone Spa would replace it. 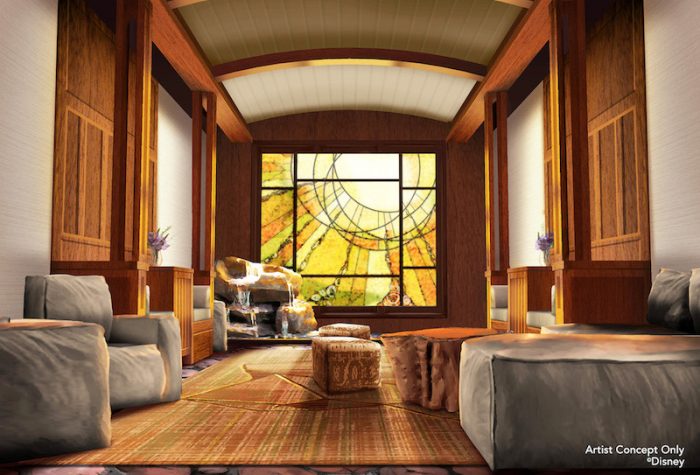 The spa was originally set to debut in the Spring of 2020, but its opening was thereafter delayed. We’ve been waiting for quite some time to hear when this new spa would finally open and now we finally have a date!

You can already make advance reservations for the spa starting today. But, keep in mind that when the Tenaya Stone Spa first opens, it will only be available for guests of the three hotels at Disneyland Resort (Grand Californian, Disneyland Hotel, and Disney’s Paradise Pier Hotel). It’ll open to non-hotel guests at a later date. 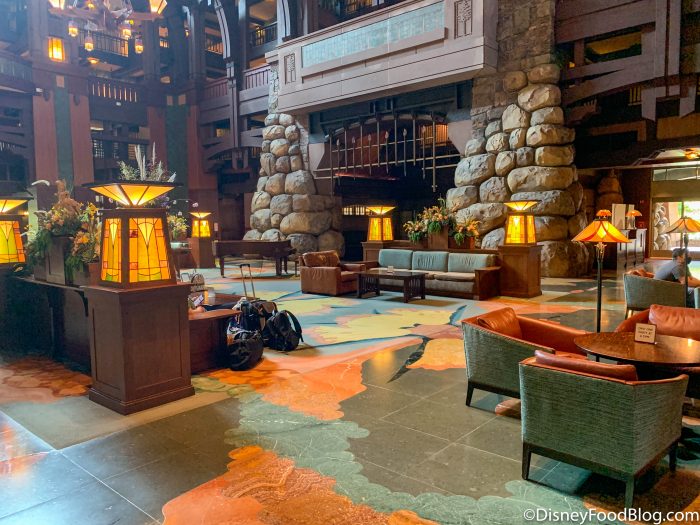 The spa is “inspired by the spirit of nature and California heritage.”  According to Dawn Jackson, a Native American cultural advisor within Disney, the spa’s name, Tenaya, can be “interpreted ‘to dream’ in the indigenous culture of the Yosemite Valley.” Imagineers designed the 6,000 square foot space based on inspiration from the spirit of nature, the indigenous cultures of California, and the design of the hotel.

According to Katrina Mosher, art director at Walt Disney Imagineering, the spa “embraces the concept of the natural order of 4.” The spa is laid out according to the 4 directions and aligned with 4 colors (white, red, black, and yellow). Guests will find all kinds of special details here including stained glass doors, a chandelier designed from a tree root, and more. 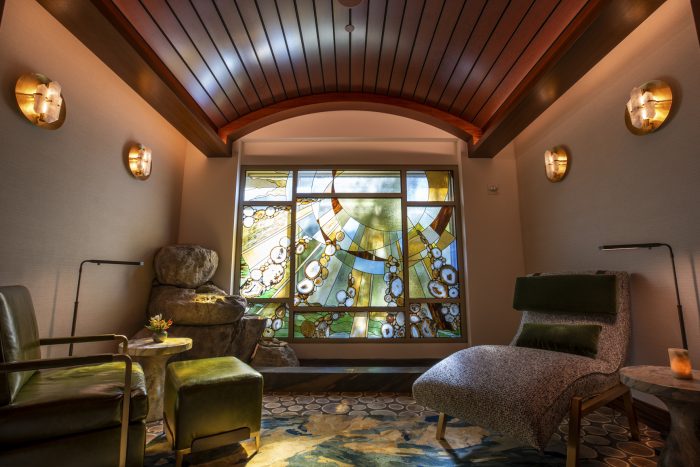 In the spa there is also an actual Tenaya Stone, which serves as a focal point and is a place to pause and set intentions. According to Disney, “The stone was a gift from a Miwok Elder and her family who are descendants of Chief Tenaya in Yosemite Valley.”

There will be a variety of body treatments, massages, and salon services all available at this spot. There are 8 treatment rooms, 2 for couples massage, 4 manicure/pedicure chairs, a relaxation lounge, and more. 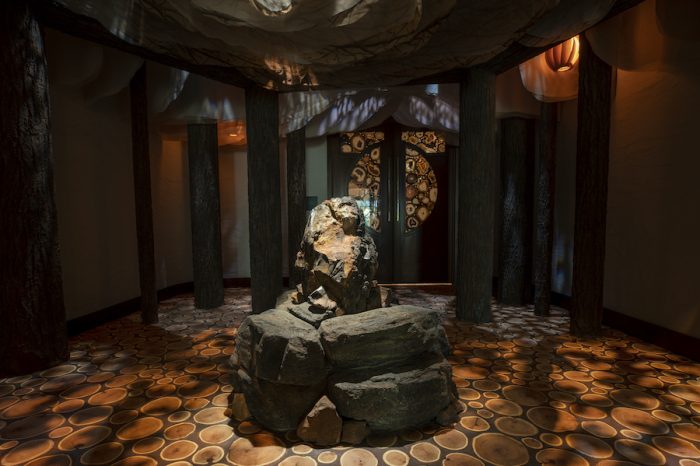 Some of the massages that will be available include the Tenaya River Stone Massage, and the Head, Hands & Feet With Heart Massage. There will also be an Aromatherapy Massage, Mother To Be Massage, and others.

If you want a herbal body treatment, that’ll be available too. There is a Purify & Refresh Body Treatment, a Wild Honey and Mud Body Renewal, and others. And if your feet need a little bit of massaging after some days in the parks, you can stop in for a foot soak, leg massage, or foot treatment. 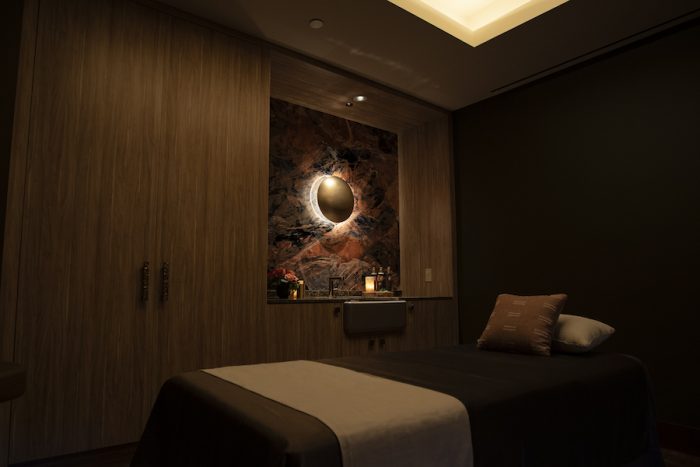 As we mentioned, there will also be manicures and pedicures available. Facials and make-up applications are set to be offered at a later date. You can see a list of complete services on the Tenaya Stone Spa website. And keep in mind that some services may have age limits (for example Disney notes that salon treatments are for those ages 18 and up).

We’ll keep an eye out for more details and let you know what we find.

Click here to get a first look at the reopened Plaza Inn character breakfast in Disneyland!

Will you be making reservations at this new spa? Tell us in the comments.

« Disney World Park Hours Released Through the End of October
The 5 Biggest Disney NEWS Drops You MISSED This Week! »