Did you hear that Halloweentime has kicked off in Disneyland??

Among all of Disneyland’s new Halloween treats, five menu items are located at Hungry Bear Restaurant. When we learned one of these treats is the returning Pumpkin Cheesecake Funnel Cake, we had to check it back! 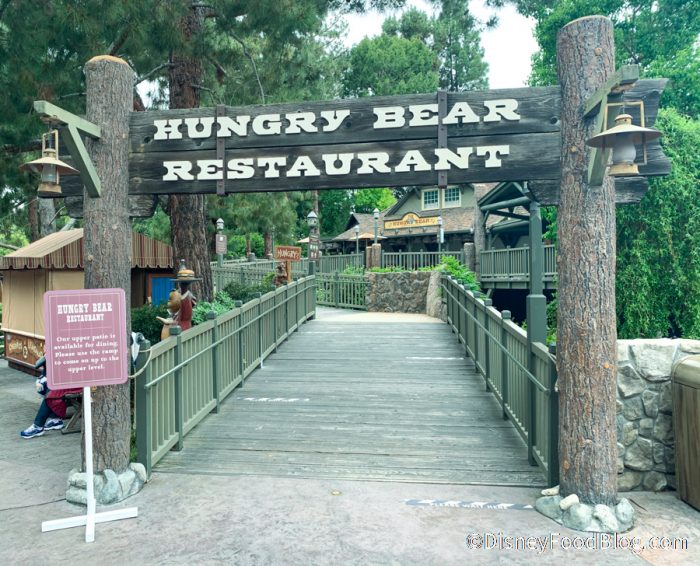 We decided to get a few new spooky snacks! We tried the Pumpkin Cheesecake Funnel Cake for $8.99, the Loaded Onion Rings for $5.99, and the Loaded French Fries for $5.99. 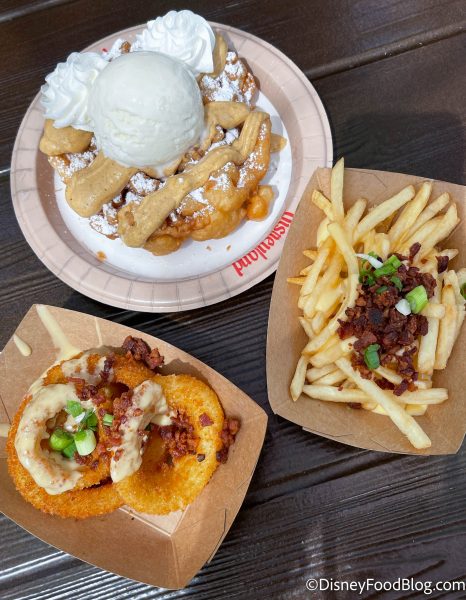 The Loaded Onion Rings are topped with a Creamy Cheese Sauce, Crispy Bacon, and Green Onions for $5.99. The portion was a little smaller than we’d like but it was still really good. The cheese was SO delicious and the bacon was cooked just right. We have seen a version of these with the addition of cilantro-lime crema, and we loved those too! 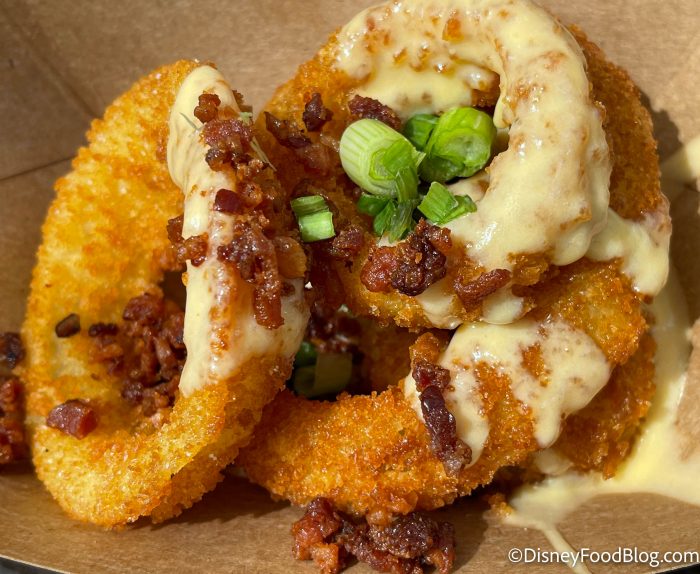 The Loaded French Fries had the same vibe as the onion rings for $5.99. They’re covered with the same toppings as the Loaded Onion Rings, and we felt similarly about them — good cheese, good bacon. These were another small portion, but they were still really good. We noticed the photos for both of these menu items looked a bit different than what we got. These are similar to the fries that can usually be found on the secret menu. They’re just missing that cilantro sauce. 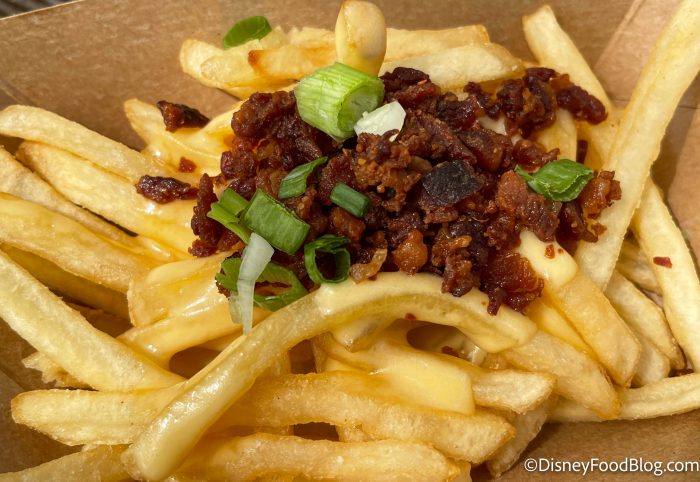 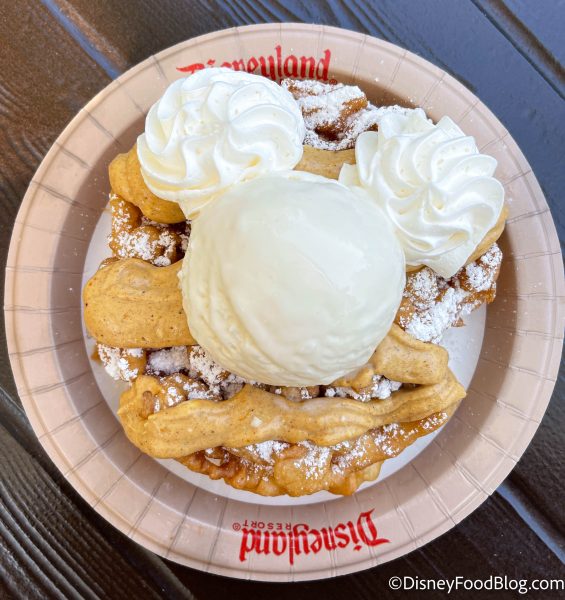 We loved this pumpkin funnel cake! It basically tasted like pumpkin pie with a scoop of ice cream on top and it was so smooth and creamy. The pumpkin cheesecake filling was not artificial-tasting at all; it really did taste like pumpkin! 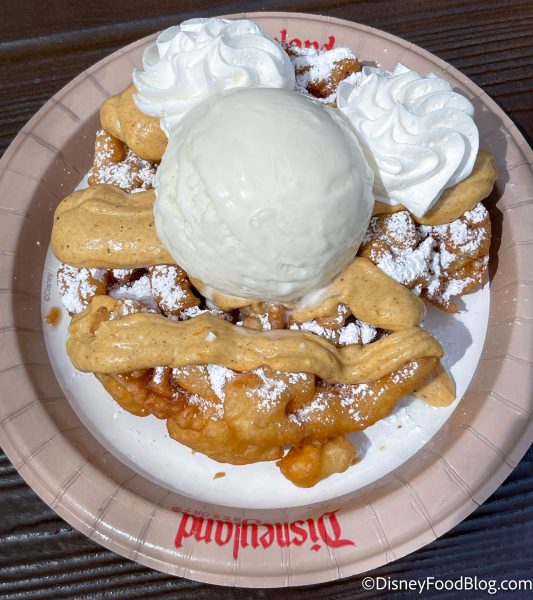 We also took a closer look at the adorable Halloween Travel Mug for $11 with Coke products or $12.25 with Frozen Lemonade. It says “Halloween Tricks and Treats” with Mickey and Minnie cooking up a spell over a smiling cauldron.

If you like loaded snacks or want to try pumpkin funnel cake, head over to Hungry Bear Restaurant in Disneyland! And as always, stay tuned to DFB for more Halloween news from Disney World and Disneyland!

Click here for a first look at Halloween in Disneyland!

Would you try any of these new snacks? Tell us in the comments!

« Review: Disneyland’s Latest Halloween Treat is TWO Sundaes in One!
Read THIS If You’re Headed to Disney World for Labor Day! »