Disney previously announced that guests would be able to find 50 golden statues of Disney characters around the parks for the 50th Anniversary celebrations. 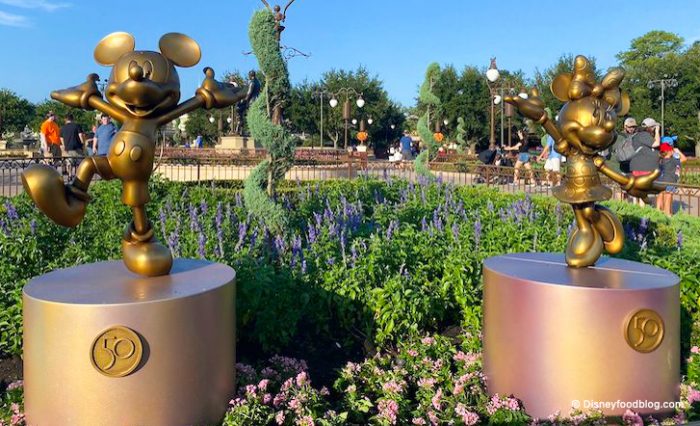 We’ve seen several pop up in Disney’s Magic Kingdom recently, including some statues of classic characters like Mickey and Minnie Mouse, Tinker Bell, and Stitch. Today, we spotted some of the first golden character statues outside of the Magic Kingdom — in EPCOT!

In Future World at EPCOT, we spotted a golden character statue for Figment!

Figment is out! #DisneyWorld50 pic.twitter.com/asSx7WDb0z

In case you’re not familiar with this little dragon, he’s the mascot for the EPCOT ride “Journey Into Imagination with Figment.” In the ride, Figment helps Dr. Nigel Channing guide you through the sensory labs at the Imagination Institute. Usually Figment is bright purple, but he’s looking great in gold in EPCOT’s Future World today! 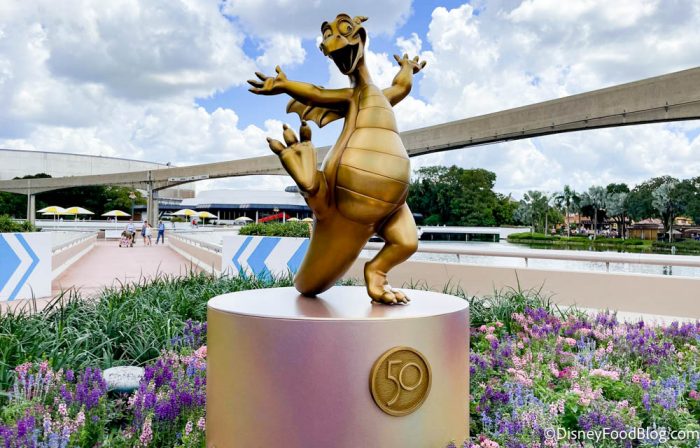 Like the other character statues we’ve seen, the ones in EPCOT are all on EARidescent stands with a “50” logo on the front. 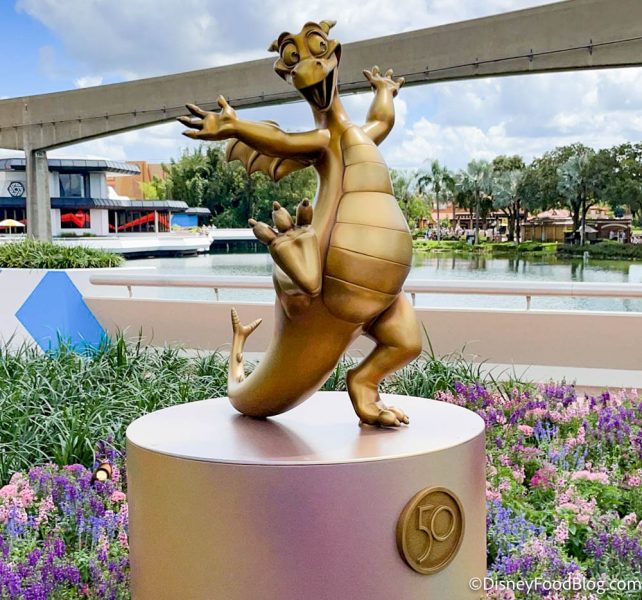 But Figment wasn’t the only character we saw! At the entrance of the World Showcase, we saw several more Disney friends, including Olaf! 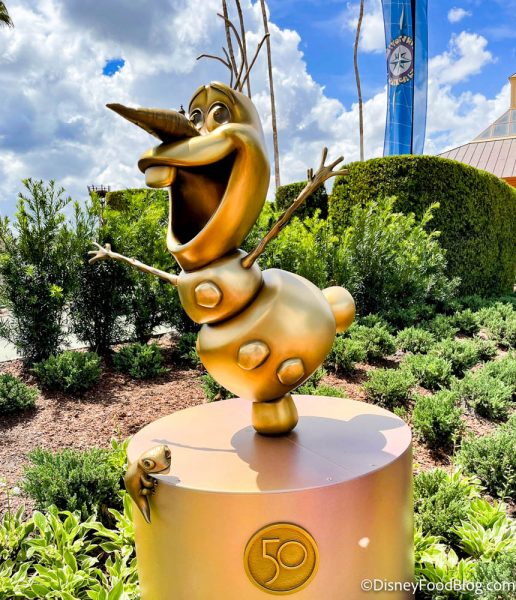 And Olaf brought a friend of his own — the Fire Spirit/Salamander Bruni from Frozen II. 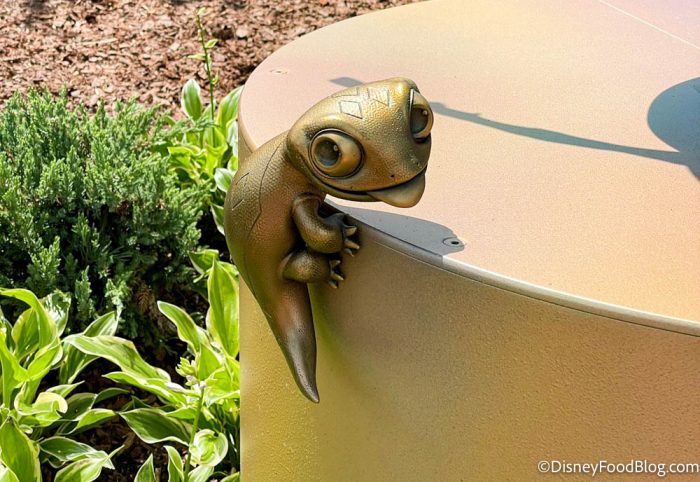 Nearby, we spotted another fantastic duo, Pua and Hei Hei from Moana. 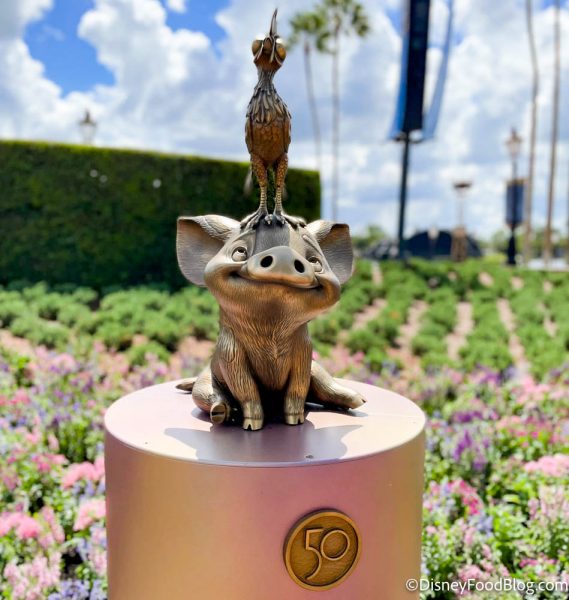 The adorable pig Pua is staring up adorably at his hilarious chicken friend. 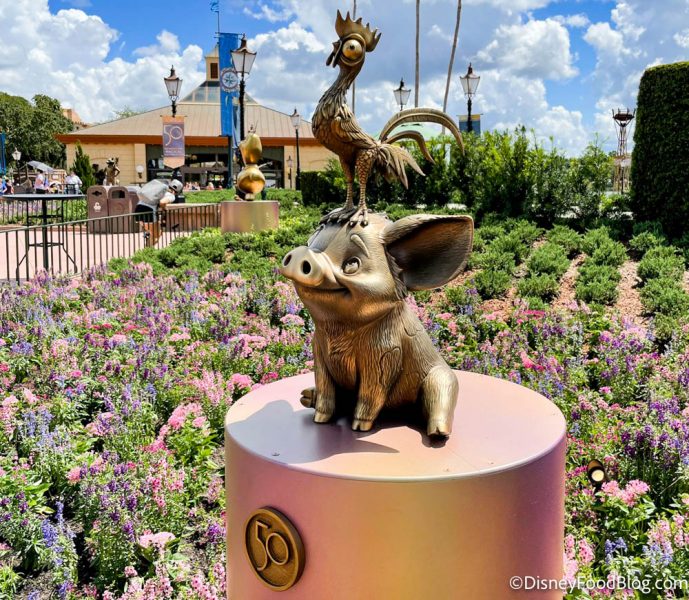 Speaking of adorable, we found Baby Groot on the shoulder of Rocket as well! 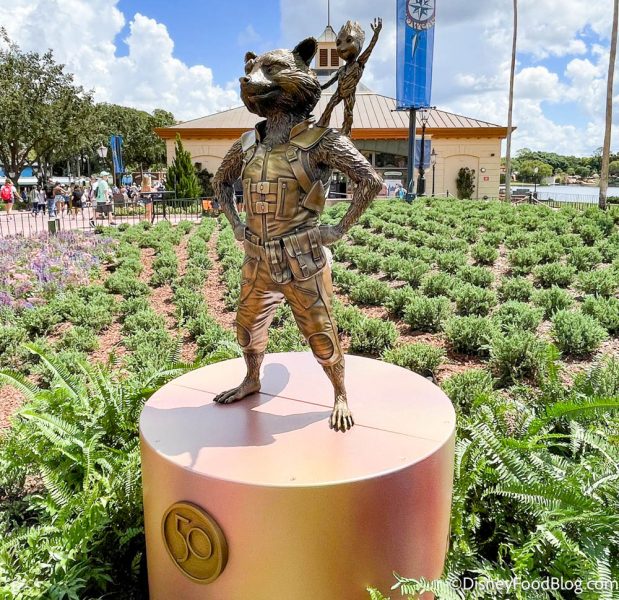 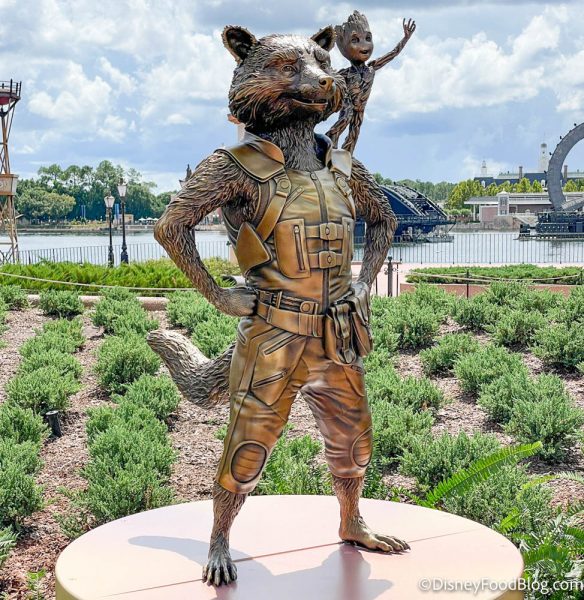 …just look at the fur on Rocket!

Last but certainly not least, we spotted Miguel and his dog/Spirit guide Dante from Coco. 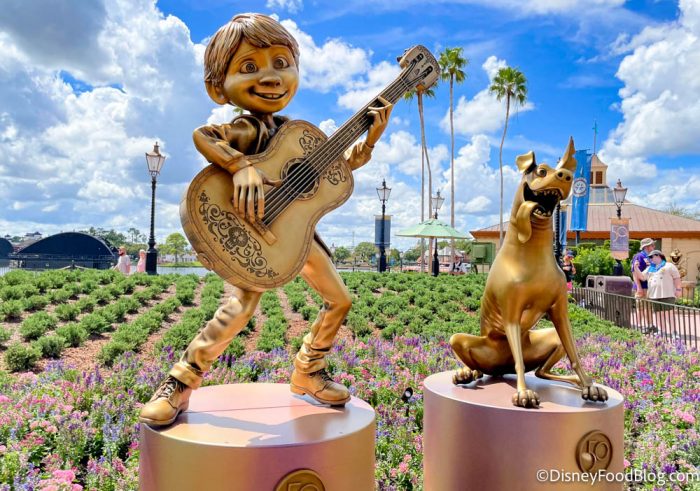 Miguel has his guitar and looks ready to serenade us. 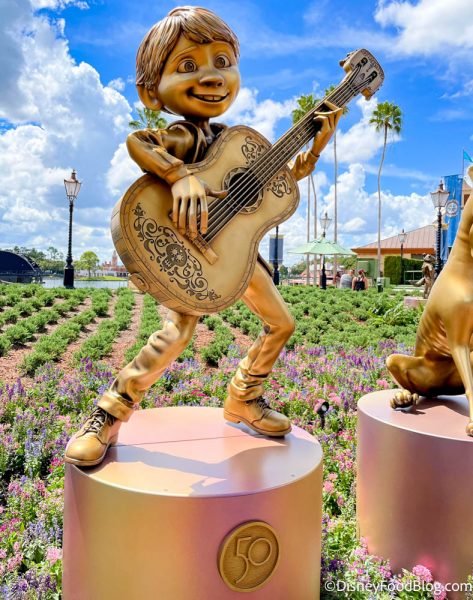 And Dante…just looks happy to be here. ❤️ 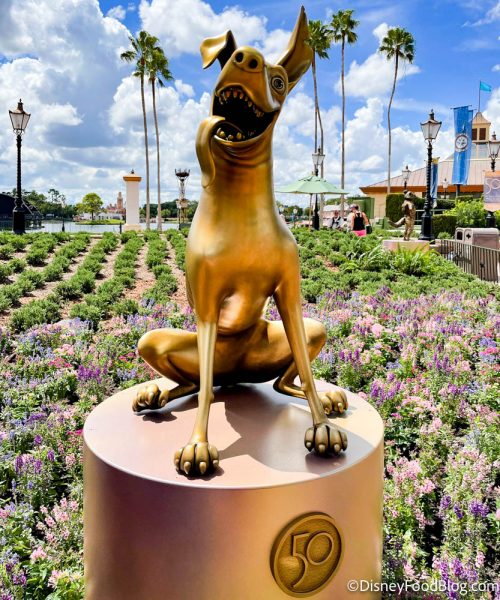 You can spot this pair — along with the most of the other statues in EPCOT — at the entrance to World Showcase.

That’s all the golden statues in EPCOT for now! Keep following DFB, and we’ll update you when we find more.

Click Here to See the Golden Character Statues in the Magic Kingdom!

Which new statue is your favorite? Let us know in the comments!