Over the past year, Disney has been doing A LOT of construction on new attractions, restaurants, resorts, and even shops in preparation for the Walt Disney World 50th Anniversary. 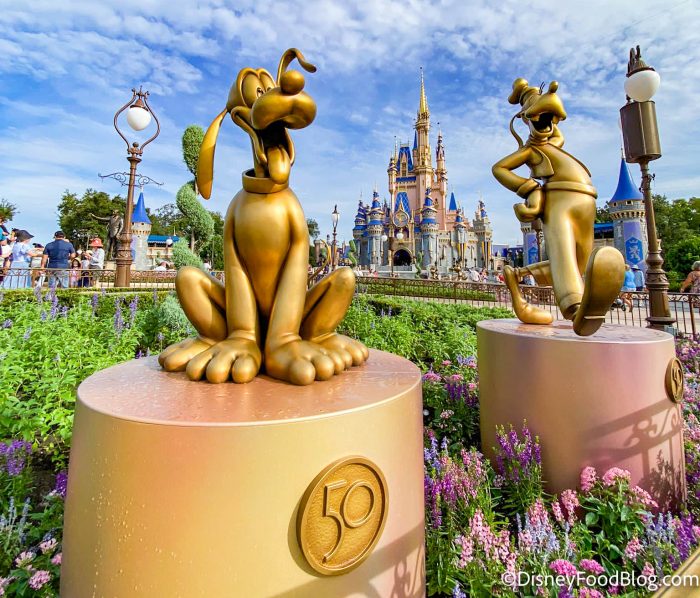 We’ve been bringing you a look at all of the progress week by and week and now it’s time to check in on it all once again. And, it’s looking like quite a few things are just about ready for the big party that will kick off on October 1st!

The Walt Disney World Railroad has been closed for quite some time now at the front of Magic Kingdom due to construction over at TRON: Lightcycle Run that is blocking the train’s path in Tomorrowland. And, while the attraction has been closed the Main Street Railroad Station has been getting some TLC. But, a few weeks ago, the tarps started coming down from around the station and now it has all been revealed! Here’s what it looked like before… 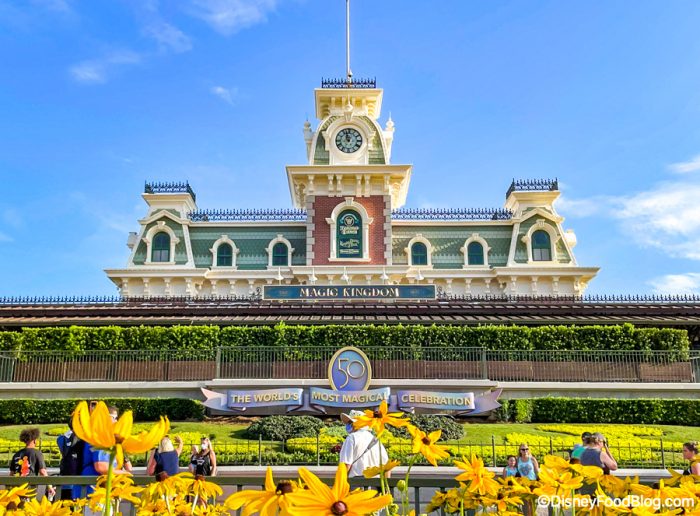 …and here it is now! All of the scrim and planters are now GONE! 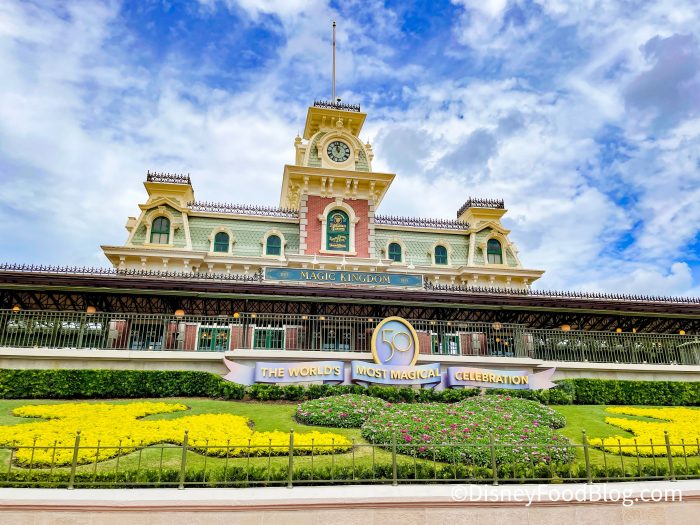 You can see inside!

The railroad does still remain closed and you can’t walk up the stairs around the back of the train station just yet, but, hey, it’s progress! 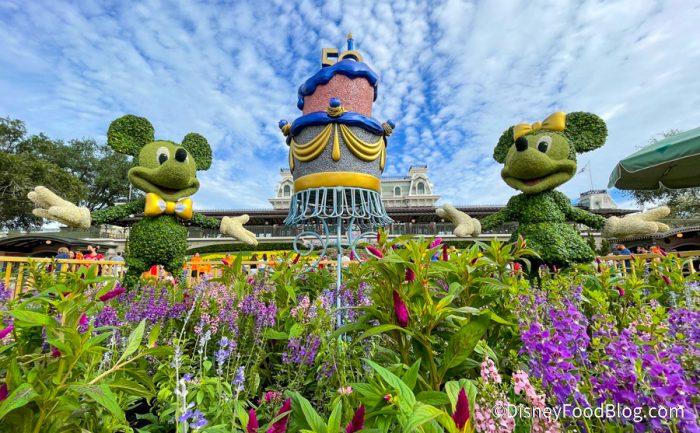 Disney World has been painting the top of the Mad Tea Party attraction with a bright blue! 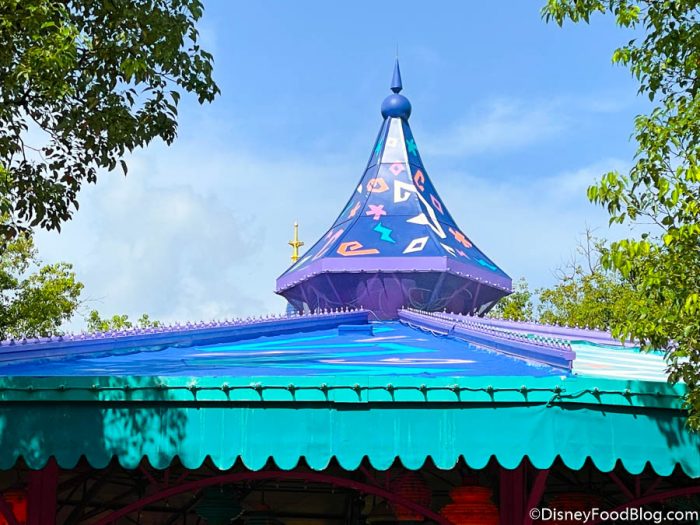 Over in Fantasyland, the queue at “it’s a small world” has been getting a colorful makeover ever since it closed for a short period of time for refurbishment in July. Now, the colors have expanded beyond the clock tower decorations, and splashes of green, pink, yellow, blue, and gold have been added to more of the decorations… 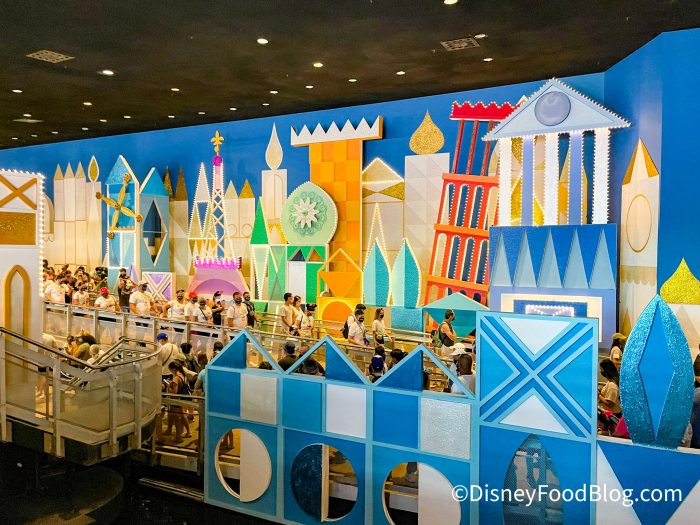 …including the tunnel that you enter on your way into the attraction by boat! 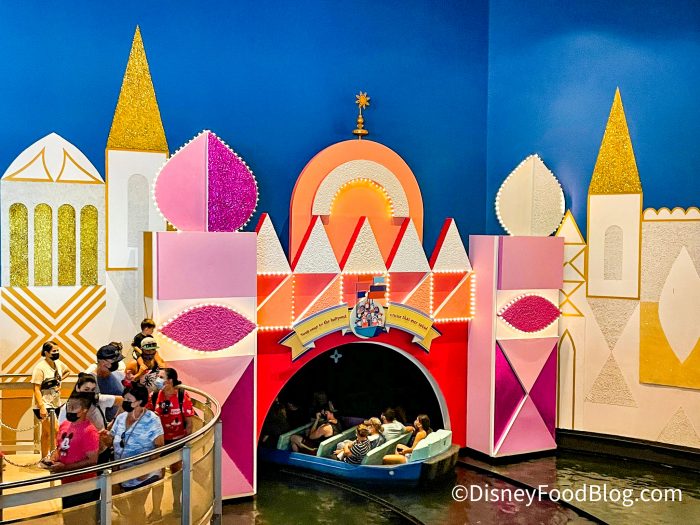 Still a little bit to go!

There are still some white spots remaining in the decorations, so we’ll keep an eye out for more updates to come!

We’ve also been keeping track of construction in Storybook Circus recently. The touch-ups started with painting Big Top Souvenirs and refurbishing the sign, and now painting work has moved over to Pete’s Silly Sideshow. 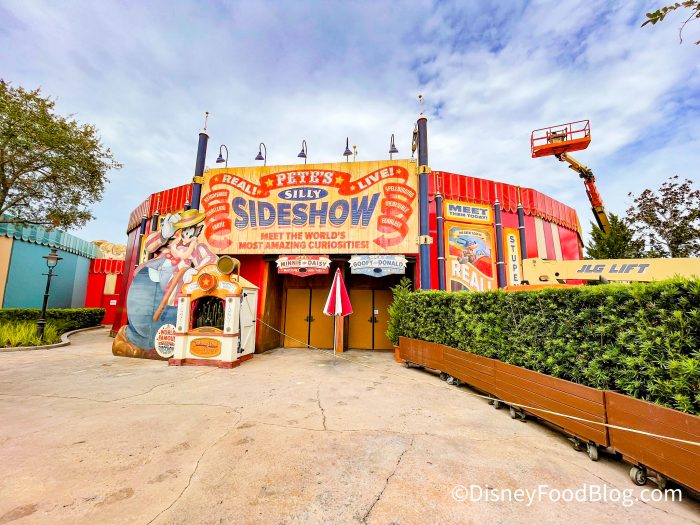 Some painting is happening!

For now, the location remains closed and planters have been installed to “hide” the construction machinery.

And, the painting updates aren’t done just yet! The signage at the Transportation and Ticket Center has slowly been receiving a new paint job to fit in with the 50th Anniversary color scheme and this week two signs over the Ticket Sales & Will Call windows got their glow up! Here’s what the signs looked like before… 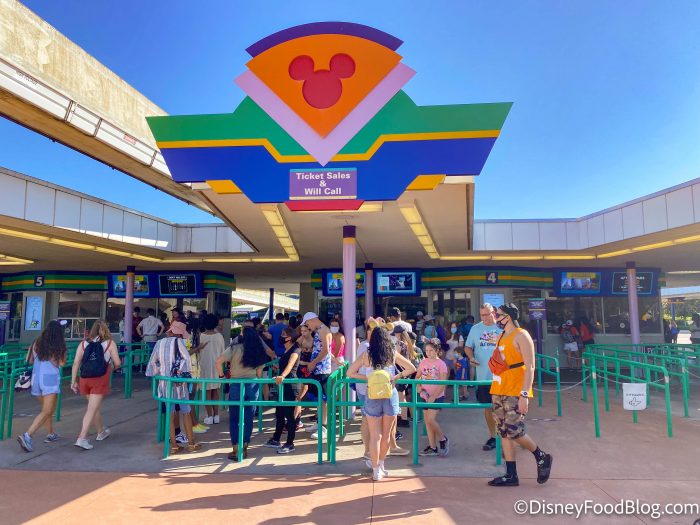 …and here they are now — a nice bright blue and gold color! 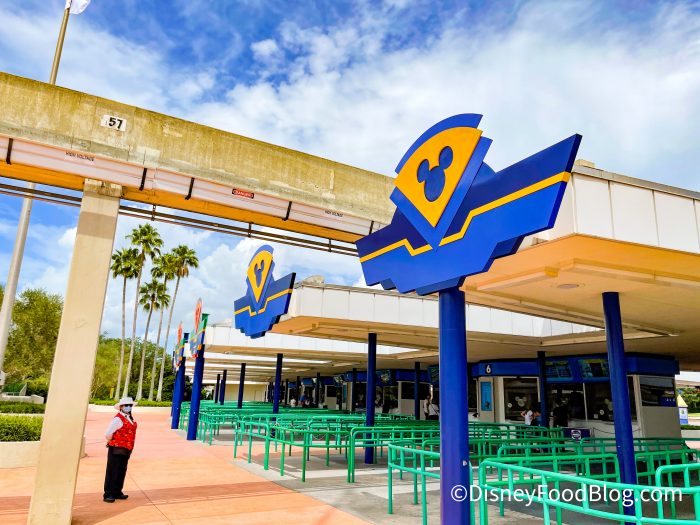 There are still a few more signs that need to be repainted in the area though, so we’ll keep an eye out for when the entire transformation is complete.

At Disney’s Animal Kingdom, we also noticed some construction action happening over at a closed attraction in DinoLand U.S.A. — Primeval Whirl. The ride closed for good back in 2020 and Disney even removed the ride vehicles, but otherwise, the attraction has sat mostly untouched until now. 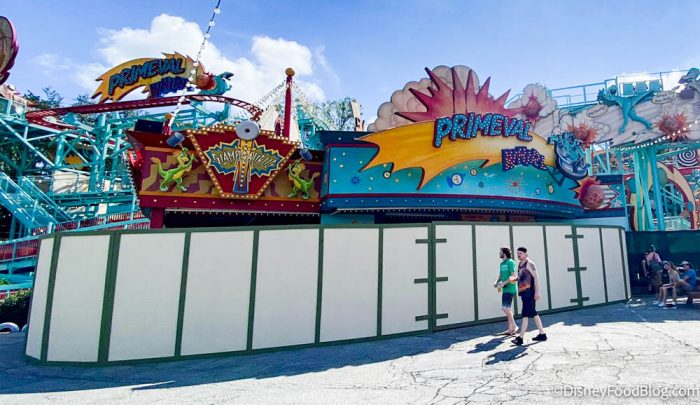 Now construction walls surround the attraction, which could be a sign that the ride will officially go extinct and be removed from the park. We’ll keep an eye out to see what happens!

And, with the passing of another week, Disney has made more progress on the new daytime show coming to Disney’s Animal Kingdom for the 50th Anniversary. Disney KiteTails is set to debut on October 1st and we’ve been watching as brand new floating platforms transform into showpieces on the water next to the Discovery River Amphitheater. Just last week, we noticed new structures on the dock…

…and now they are taking shape!

We’re still not sure how the platforms will be used in this Disney kite-filled show, but we surely can’t wait to find out in just a few weeks!

Check Out a First Look at the NEW Show HERE!

The Mouse Gear replacement known as the Creations Shop as opened with a new EPCOT-exclusive collection. 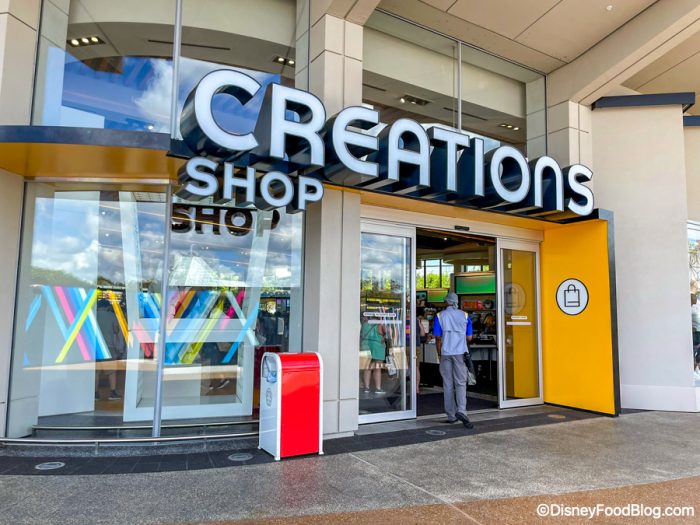 The new Club Cool location has opened as well! Here, you can try free drinks from around the world! 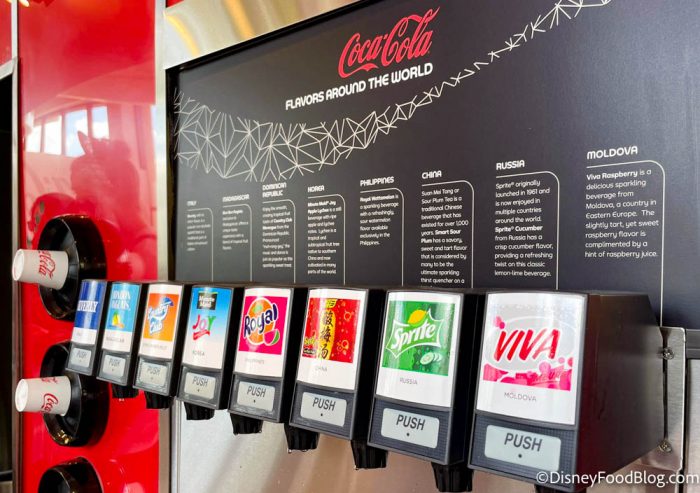 Sampling sodas is a bit different than before

There’s been A LOT of construction going on over at Disney’s Contemporary Resort since work began on the Incredibles-themed room transformations back in April. Between the room renovations, the reimagining of The Wave Restaurant, and more, we stopped by to see how all the construction was shaping up. When we first entered from the walkway from Magic Kingdom, we noticed that there were some tarps blocking off an area (though there was still plenty of space to get around)… 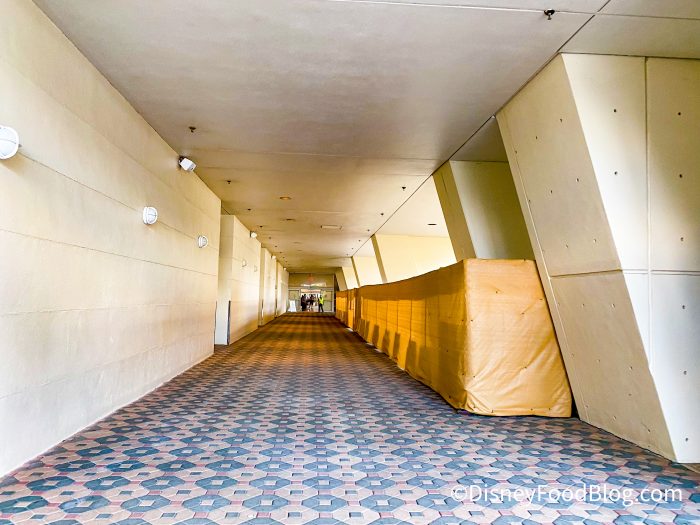 Construction at the entrance

…and inside the first-floor lobby, construction walls blocked off most of the area. The new restaurant, Steakhouse 71 (which is replacing The Wave), is set to open on October 1st, so we expect these walls to be coming down pretty soon. 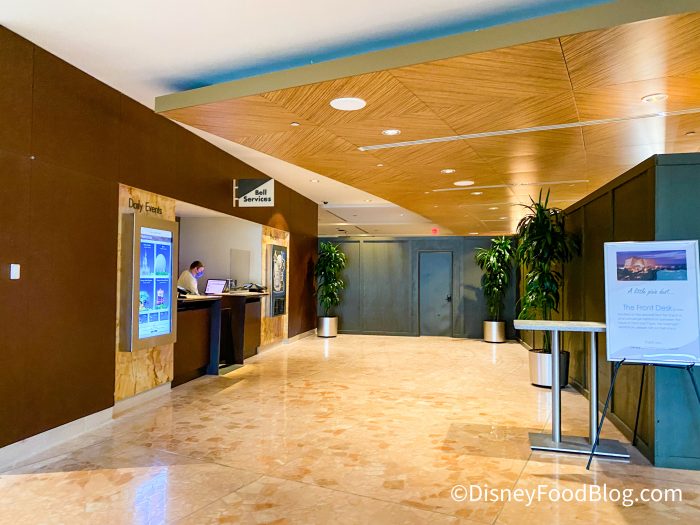 And, construction even extends outside, as the play area by the pool is currently blocked off and being refurbished. 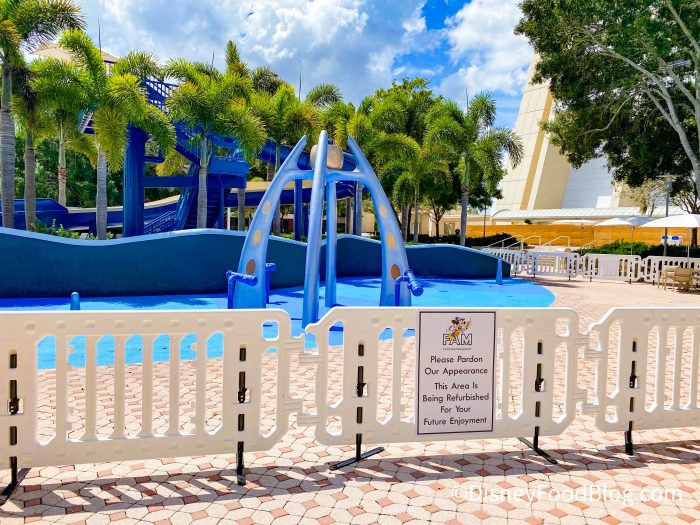 We also spotted some new lightning and topiaries! 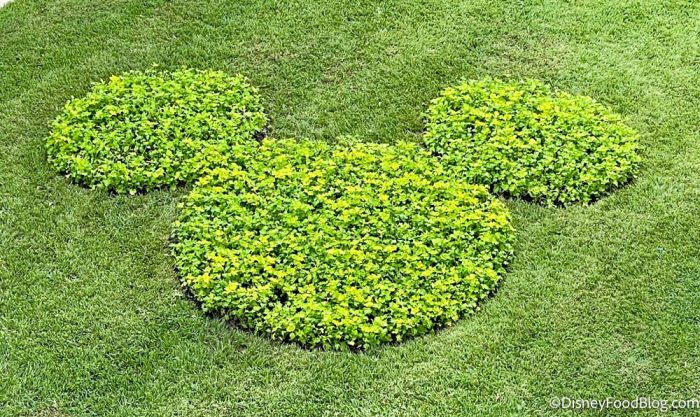 Disney has shared quite a few details about the new restaurant opening soon, though we still haven’t heard when the rooms in the main tower will reopen with their new look. We’ll be sure to keep ya updated!

Click HERE to See the FULL Menu Coming to Steakhouse 71 When It Opens Next Month!

Well, that’s it for this week’s construction update! We’re always on the lookout for new construction walls, scaffolding, and big unveilings, so be sure to stay tuned to DFB for the latest!

Click HERE for ALL the Rides and Hotels That Will Be CLOSED in September in Disney World!

Will you be visiting Disney World during the 50th Anniversary celebrations? Let us know in the comments!

« ALL the Lightning Lanes We’ve Spotted in Disney World So Far!
PHOTOS: ANOTHER Resort Activity Has Returned to Disney World! »