UPDATE: Select park hours have been extended during the holiday season. Click here for the latest information.

If you’re headed to Disney World for the holidays, you’re in for a real treat! 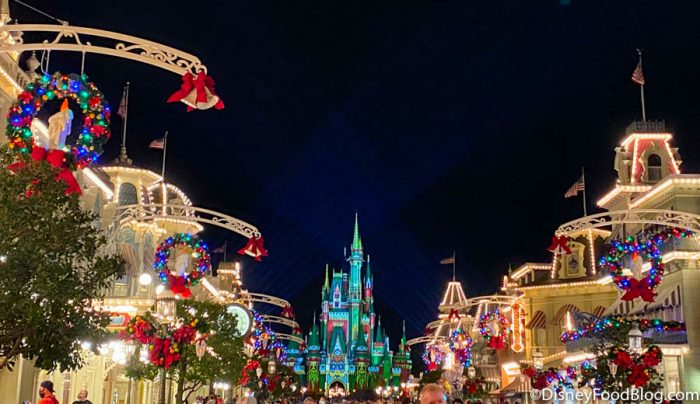 Not only will the parks be sporting their holiday decorations (one park got started a little early!), but you’ll also have the opportunity to get tickets to Mickey’s Very Merriest After Hours, indulge in food and fun at the EPCOT’s International Festival of the Holidays, and shop for holiday merchandise.

The hours are the same from December 1st through 11th. During that time, Magic Kingdom will be open from 9AM to 9PM, except on days when there’s a Very Merriest event. On those days, the park closes at 8PM. 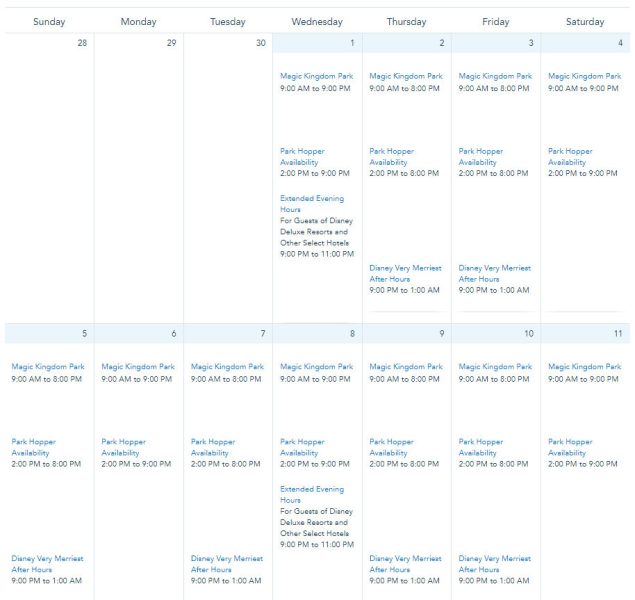 This continues from December 12th through 25th… 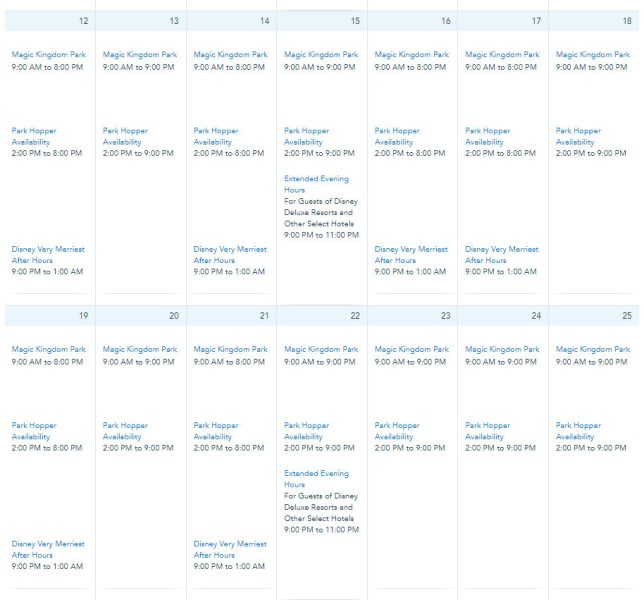 From January 2nd through the 15th, the Magic Kingdom will be open from 9AM to 8PM every day. 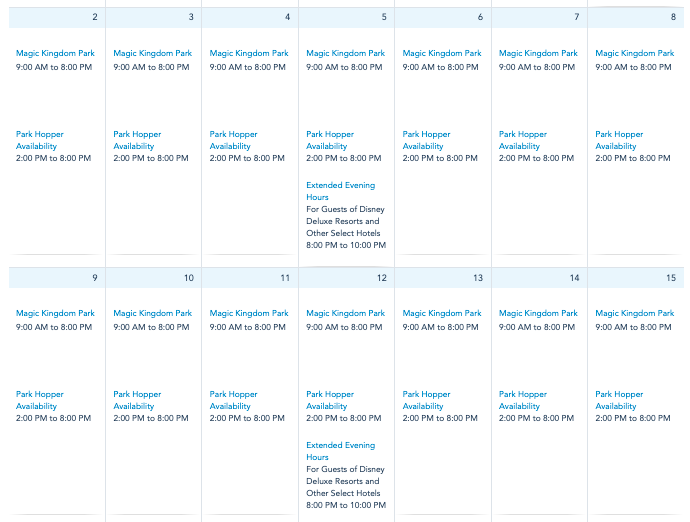 Be sure to keep an eye on the calendar in December for the Very Merriest After Party so you’ll know when Magic Kingdom will be closing an hour earlier than normal.

These hours are the same from December 1st through 18th… 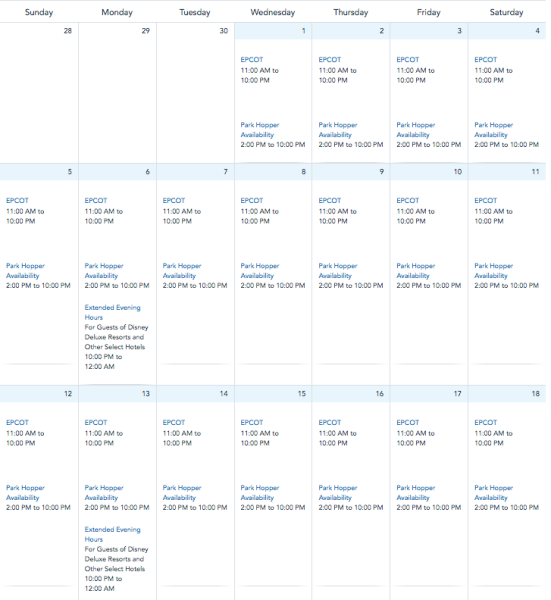 …and from December 19th through the 25th. 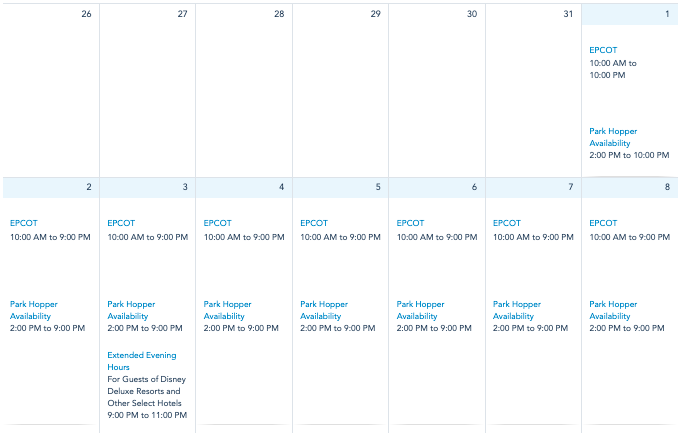 Be sure to keep these hours in mind if you’re planning on spending New Year’s Eve or New Year’s Day in EPCOT!

Hollywood Studios will be open from 9AM to 9PM on November 28th through 30th.

The hours for December 1st through 25th are also 9AM to 9PM. 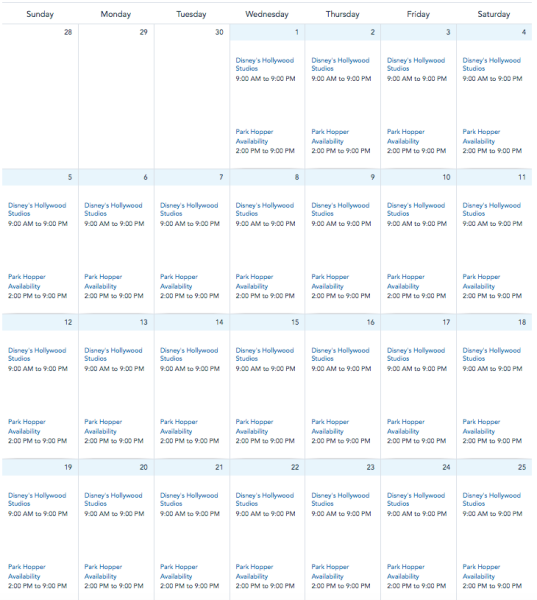 And those same hours continue for the 26th through the 30th. On the 31st, however, Hollywood Studios will be open from 9AM to midnight.

On January 1st, the park will go back to its 9AM to 9PM schedule…

…which will continue from January 2nd through the 15th. 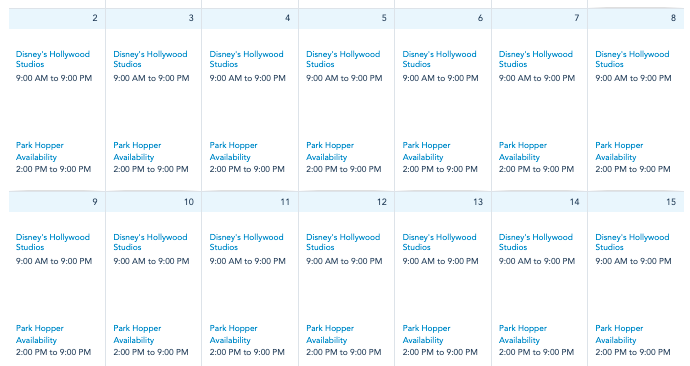 That gives you 12 hours to spend in the park on the very first day of the new year!

From November 28th through 30th, guests can enjoy Animal Kingdom from 9AM to 7PM.

These hours remain the same from December 1st through the 18th… 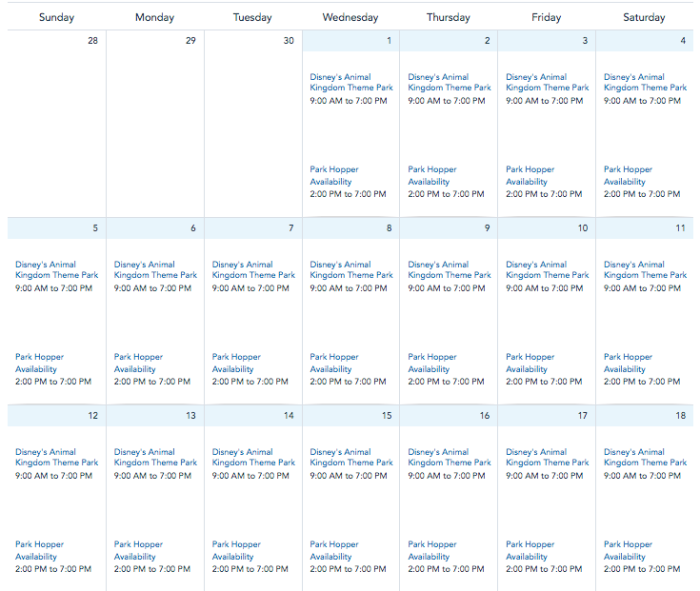 …and from December 19th through the 31st. 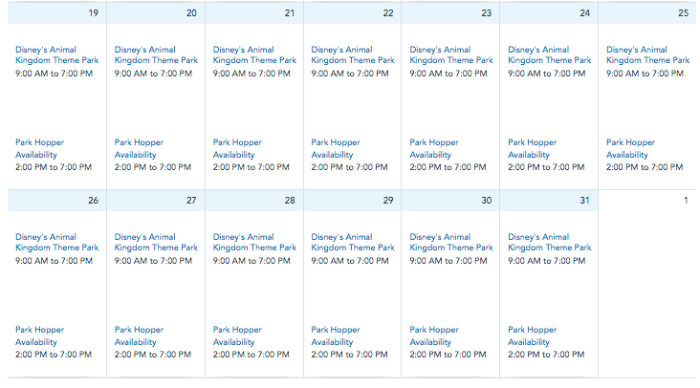 These hours will continue from January 2nd through the 15th. 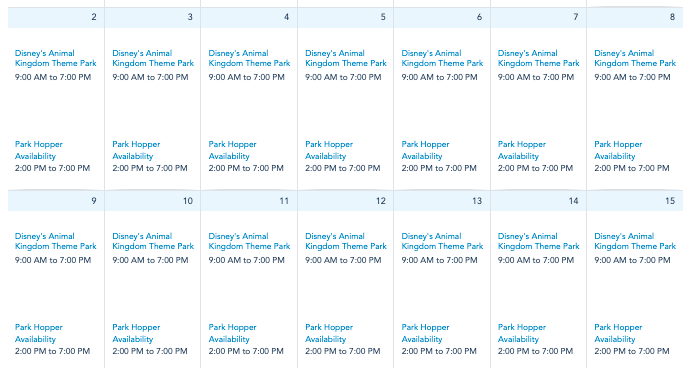 Summing up, the Animal Kingdom will be open from 9AM to 7PM every day for the holiday season.

From November 28th through the 30th, Disney Springs will be open from 10AM to 11PM.

In December, Disney Springs will be open from 10AM to 11PM, except it will stay open until 11:30PM on Fridays and Saturdays. 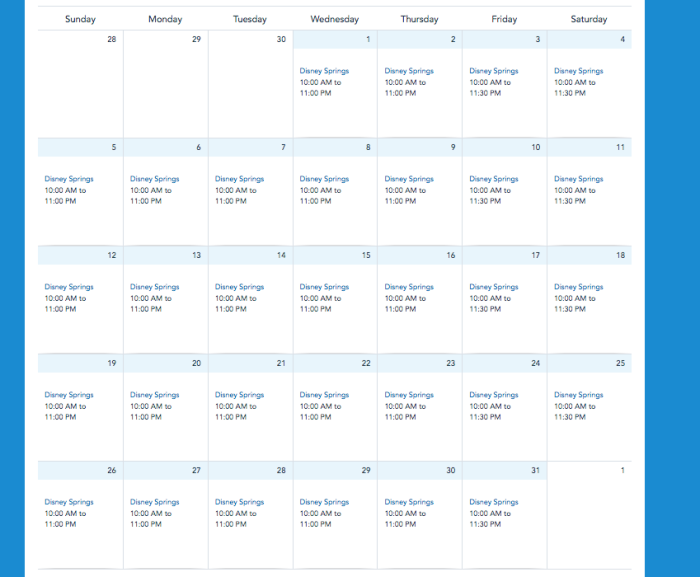 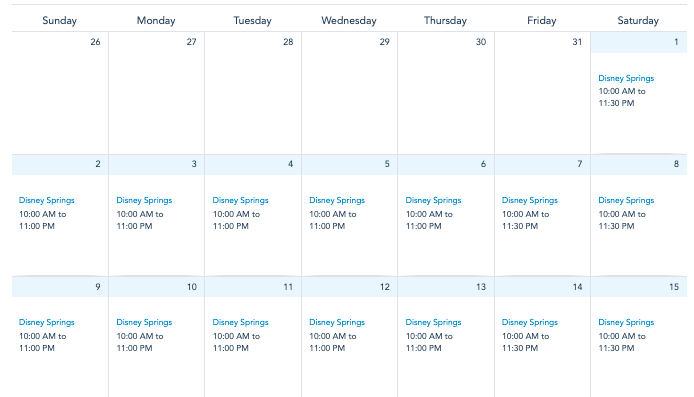 From the 2nd through the 15th, Disney Springs will be open from 10AM to 11PM on Sunday through Thursday, and it’ll stay open until 11:30PM on Fridays and Saturdays.

…and throughout most of December as well. 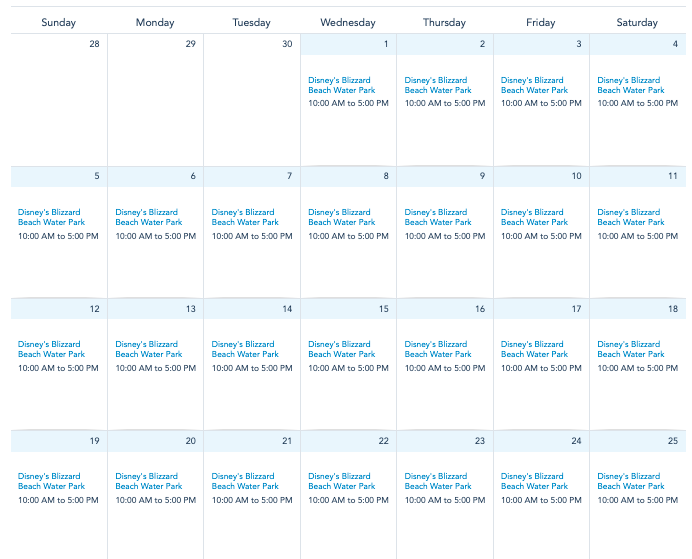 During the week of New Year’s Eve, hours will stay the same.

This will also be the case for New Year’s Day. 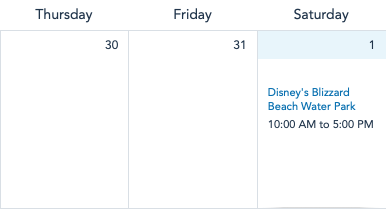 As always, note that these hours are subject to change, so be sure to keep checking the Disney World calendar to keep updated. We’ll keep an eye out for the release of more park hours, so stay tuned!

Will you be going to Disney World during the holidays? Let us know in the comments!