Got the high ground? Good. Then it’s time to dive into the story of a truly beloved Star Wars character in a way you’ve never experienced!

Obi-Wan Kenobi (Ewan McGregor) and his eopie in a scene from Lucasfilm’s OBI-WAN KENOBI, exclusively on Disney+. © 2022 Lucasfilm Ltd. & ™. All Rights Reserved.

You know about Obi-Wan from the prequels and from the original Star Wars trilogy, but just what happens to him between Episodes III and IV? That’s what a new Disney+ series, Obi-Wan Kenobi, seeks to unwrap. What makes this series unique compared to something like The Mandalorian? And how is it different than other Star Wars projects some of its stars have been in? We’ve got all the details right here! 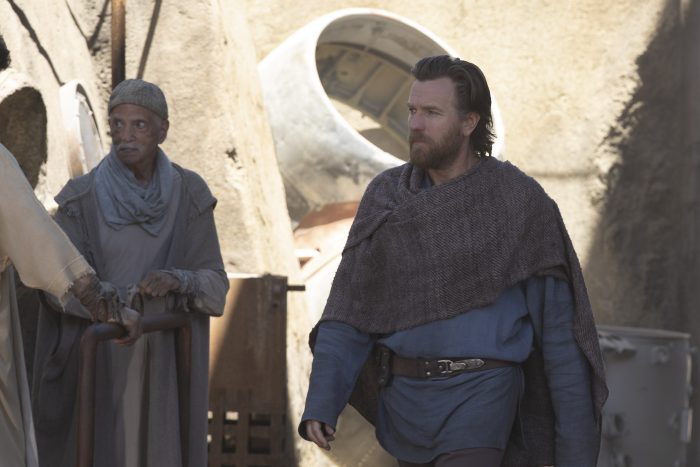 During the press conference, they all discussed what makes Obi-Wan unique compared to some other Star Wars projects, as well as some behind-the-scenes secrets and fun facts from their time filming on set.

Sequel and a Prequel at the Same Time

Though Rogue One, The Clone Wars, and select other Star Wars projects share this feature, one thing that makes Obi-Wan Kenobi unique compared to the prequels or some other Star Wars movies is that it acts as both a prequel and a sequel all at the same time (and features characters from both sides of the trilogies as that gap is bridged).

During the press conference, one individual asked about the challenges faced in telling a story between these two times. Deborah Chow shared that this was actually one of the biggest challenges, especially because the show deals with “huge legacy iconic characters” and is caught right “in between two trilogies.”

Obi-Wan Kenobi (Ewan McGregor) with an eopie in a scene from Lucasfilm’s OBI-WAN KENOBI, exclusively on Disney+. © 2022 Lucasfilm Ltd. & ™. All Rights Reserved.

Chow shared that telling the second act of a story can be challenging, but that the “biggest thing [they] were looking [to do was] to respect the canon and respect what’s been done,” but also present “an original story and…have an original vision for it.”

Ewan McGregor shared that he felt like there had to be a good story between Episodes III and IV, and that’s what they found “after a lengthy process of exploring some different story lines.” We wonder what other story lines were explored before settling on this one!

Deborah Chow shared that when they were developing the material and looking at Obi-Wan’s character, they looked at what was important in his life and what relationships were meaningful. Chow shared, “the history coming out of the Revenge of the Sith is so strong and it’s so powerful that it really felt like, for us, that…there’d be so much weight coming into this story that was connected to Anakin[/]Vader.”

Another thing that puts Obi-Wan Kenobi on a different level compared to, say, Episodes II and III, and even the first season of The Mandalorian is its use of advanced technology.

Chow noted that with every passing year there are advances, so by the time they came to do Kenobi, there were things they could do that they couldn’t do with the first season of The Mandalorian.

Obi-Wan Kenobi utilized StageCraft (the same general technology set with the large, immersive screens from The Mandalorian), and Chow noted that a lot of times they’d be thinking about how things would translate into the new tech and how they could best take advantage of the technology with each scene. 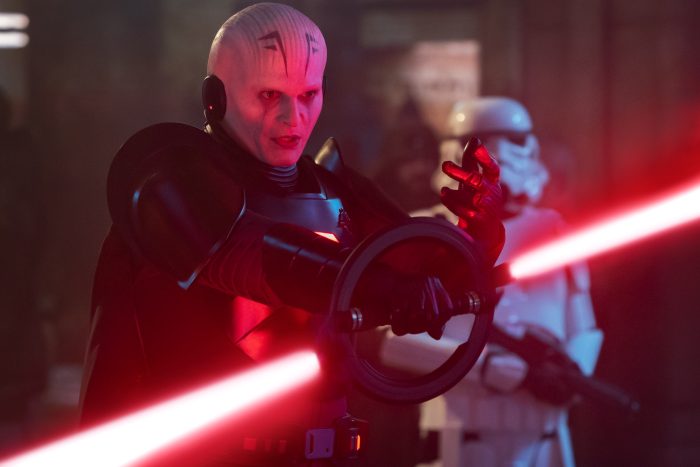 (L-R): Grand Inquisitor (Rupert Friend) and a Stormtrooper in a scene from Lucasfilm’s OBI-WAN KENOBI, exclusively on Disney+. © 2022 Lucasfilm Ltd. & ™. All Rights Reserved.

Compared to Episodes II and III, utilizing the Volume and StageCraft is a game changer. Ewan McGregor shared that during Episodes II and III, there was a heavy amount of blue and green screen used, which made things hard. He said, “it’s very hard to make something believable when there’s nothing there.”

But with StageCraft and the Volume, things are different. McGregor shared, “here we were in this amazing set where, you know, if you’re shooting in the desert, everywhere you look is the desert. And if you’re flying through space, then, you know, the stars are flying past you as you scout along. It’s so cool.”

Make no mistake, Obi-Wan Kenobi is a series with a limited number of episodes that will be released week-to-week, but it might not feel like a series when you watch it.

According to Ewan McGregor, “because Deb directed them all and it’s her singular vision throughout, it did feel like we were just making one movie.” 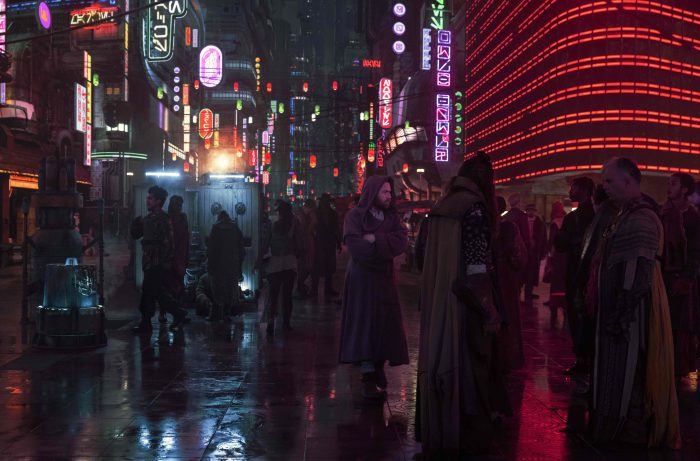 And while there are episodes, McGregor shared that “the episodic nature of our series falls really cleverly in the story line, but it is one driving narrative. I think The Mandalorian feels more episodic, if you like, because it suits that storytelling and it, of course, has a driving storyline through each season. But ours is like a movie that just happens to be split up into these episodes. That’s how I feel about it.”

So it might feel quite different to watch this compared to some of the existing Star Wars series we’ve already experienced on Disney+!

Some Star Wars movies and series have certainly explored the darker side of Star Wars, and it seems Obi-Wan Kenobi will do that too in a big way.

Moses Ingram shared that when she first read the “dummy sides” for the role (before knowing it was Star Wars) she got the feel that it was edgy and cool. When she found out that it was a Star Wars series in the works, she said that she was surprised!

Ingram said, “I mean from what I knew of Star Wars, I didn’t realize it was that dangerous. It felt dangerous what I was reading and I was like, ‘Oh, I like this. I’m into this. Yeah.’ So, I was really excited.”

Without revealing any spoilers, Ingram noted that the “cat and mouse of it all” and other moving parts and people involved make it feel edgy. She also said that the text feels “sort of…muddy” in a way she really enjoyed. 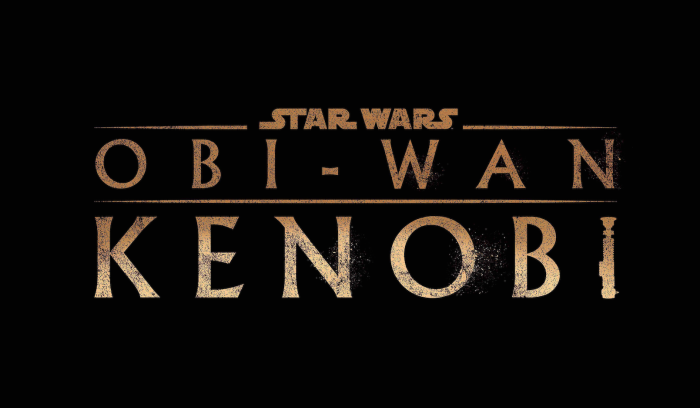 Obi-Wan does take place during a darker time when Jedi are being hunted; Obi-Wan isn’t able to use the Force or communicate with other Jedi. According to McGregor, “in a way, he’s lost his faith.”

McGregor shared that taking Obi-Wan to this “more sort of broken place” was really interesting. But Chow noted that they had to balance that with the character of Obi-Wan, which, for her, has a sense of warmth, compassion, humor, light, and hope. Chow said that, “it was interesting for us to try to keep the balance of that, of the darkness, but also still maintaining the hope coming from the character.” 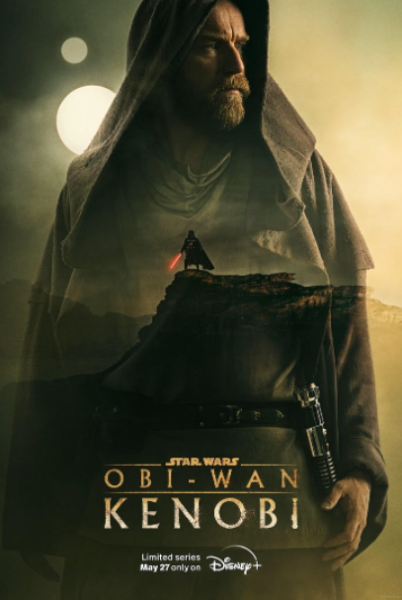 McGregor shared that, for him, that sense of wit came from Alec Guinness’ portrayal of the character and the twinkle in his eye. McGregor said that that’s one of the reasons why he thinks the writing on the show is so good, because “all of his dialogue felt to [him] like it could have been Alec Guinness saying it.”

What about some behind-the-scenes tidbits and fun facts? Well, there are lots!

One of our favorites is that John Williams music was actually played ON SET during certain scenes as part of the filming process to help set the mood. Moses Ingram shared, “it was sick…because we’d be…stepping off the ship or…doing something else and the music would swell and you’re just, like, feeling like you’re 10 feet tall, you know. It’s very, very cool.”

Chow shared that the music really brings in that “emotional component” and you could see people respond to it.

Another fun fact? While Ewan McGregor shared that he certainly had to work on lightsaber drills to get back into the rhythm of things, another thing he had to work on was Obi-Wan’s voice!

He shared that the voice he initially used during some screen tests was just NOT IT. But he went back and did some “homework” with the portions portrayed by Alec Guinness and his own version of Obi-Wan from the prequels to get things just right! 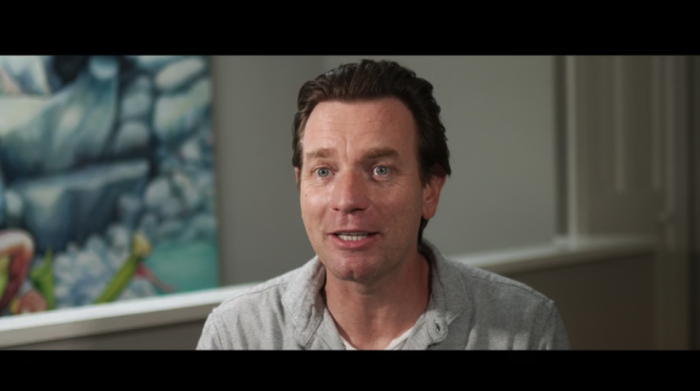 When it comes to Reva, much of that character’s look was already developed by the time Moses Ingram hit the role, but one thing that she really got to personalize was Reva’s hair.

Ingram shared that the original design was just something that her hair didn’t do naturally. Ingram shared, “it’s really important for me to do what my hair does.” That’s how the braids look came about! 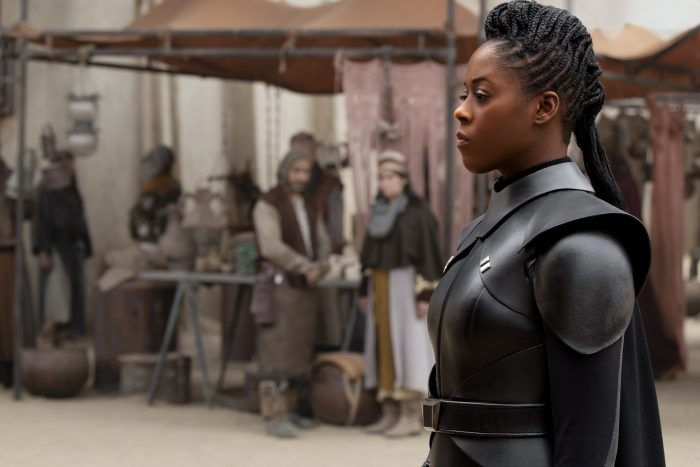 The first two episodes of Obi-Wan Kenobi will premiere on Disney+ on May 27th.We can’t wait to see where this series takes Obi-Wan as a character and just how edgy, dangerous, and unique it will all feel.

Click here to see everything coming to Disney+ this June!

Disclosure: In nearly all circumstances, Disney Food Blog writers and photographers pay full price for their own travel, hotel, food, beverage, and event tickets. We do this because it’s important to us as journalists to ensure not only that we give you unbiased opinions, but also that you can trust us to do so since we’re paying our own way. On rare occasions, when we are invited by a company to attend a preview as media, and when we choose to accept that invitation, we will always make you, our readers, aware of that situation. Recently, we were invited by Disney to attend their media event surrounding the Obi-Wan Kenobi series. Note that when we attend events as media we are 1) Not required to review that event/food on any of our channels, and 2) Not required to review that event/food favorably. You can always count on DFB to give you a 100% unbiased and honest review of any event that we attend, food that we eat, or beverage that we drink. You can see more in our Disclosure Policy. Thank you for reading. — AJ

Are you excited for the Obi-Wan series? Tell us in the comments!