Disney offers parks visitors a few options for getting around the parks, including strollers, wheelchairs, and electric conveyance vehicles (ECVs). 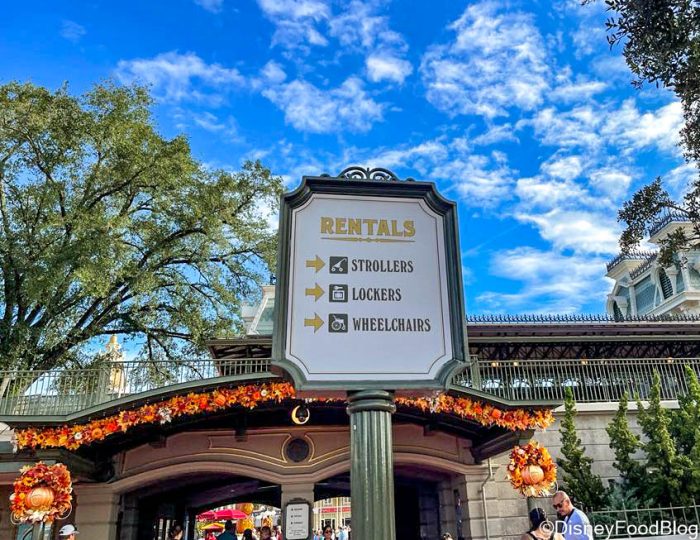 These mobility aids can really make or break your day if you or someone in your group is unable to comfortably walk for an entire day, but there’s something important you need to know about renting an ECV.

Near the entrances of Disney Parks you can find single and double strollers, wheelchairs, and ECVs available for rent. ECVs will cost you $50 for the day, plus a refundable $20 deposit. But if you’re planning on renting one during your day in the park, you might run into a problem. 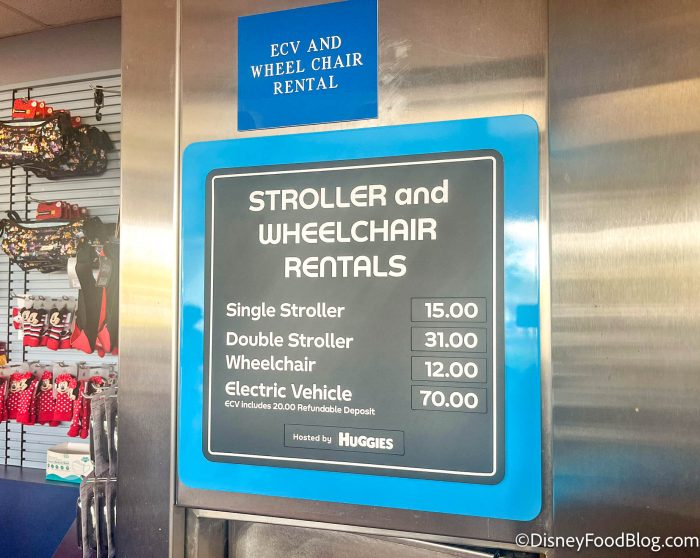 Recently, we spoke with some fellow Disney World visitors who told us that ECVs had sold out entirely that day and they were placed on a waitlist to rent one. We had to find out more. 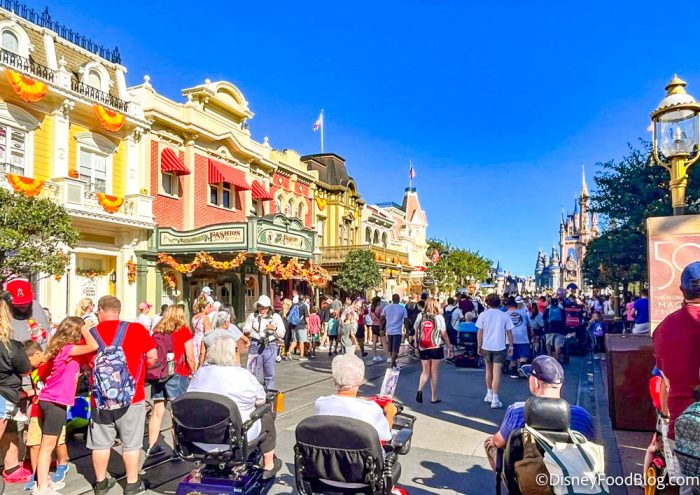 We spoke to a Cast Member in Magic Kingdom who confirmed that ECVs (also referred to as scooters) can and do sell out, and they in fact run out almost daily in Magic Kingdom. If that happens to you, you are placed on a waitlist and the amount of time you have to wait will vary. It could be 20 minutes or it could be several hours, and there’s no alternative Disney can offer a guest if they run out. 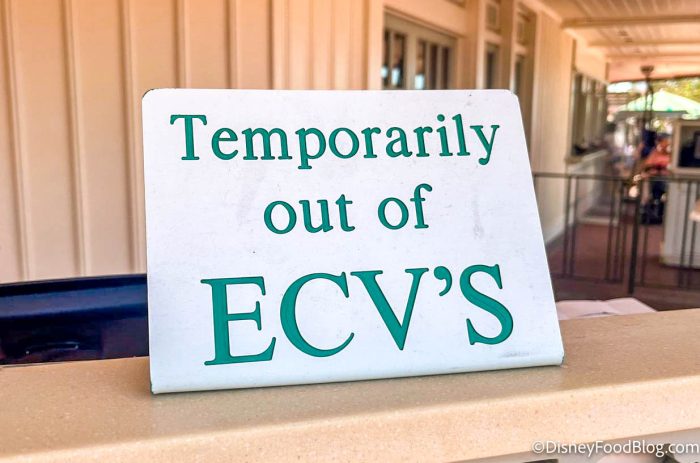 On one day midday, a Cast Member told us that that there were 25 people on the waitlist, and how fast the waitlist moves depends entirely on when people return their ECV when they leave the park. They said that the waitlist tends to move a bit faster around 2PM due to Park Hoppers and on party days when people know the park is closing earlier. 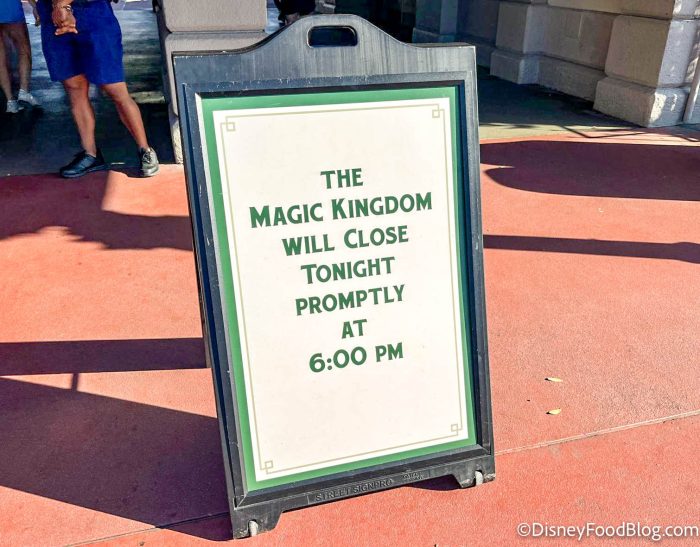 Once you’re called from the waitlist, you have one hour to get back to the rental area and secure your ECV before they move to the next person on the list. That might be difficult if your name is called when you’re in the middle of a multi-hour line for your favorite ride! 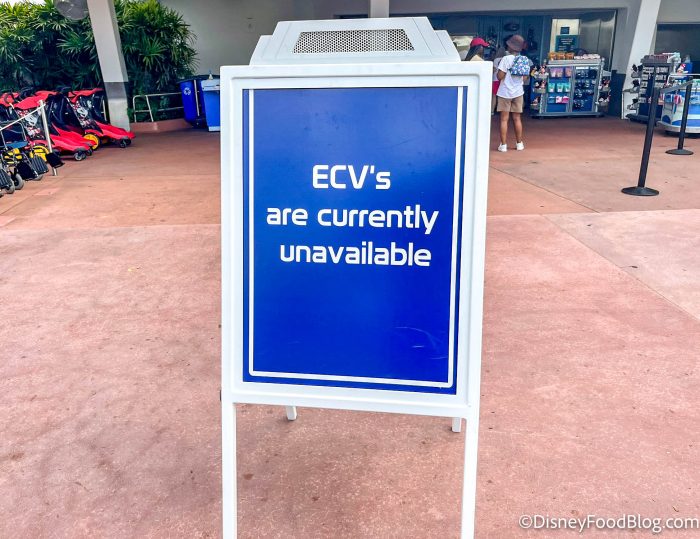 EVCs out at EPCOT

Note that if you do rent an ECV at a Disney Park, you can’t take it outside the park, so you must return it before you exit. You have to rent an ECV at each park you visit, so if you’re the one park hopping you might not find an available ECV when you get to your second park. 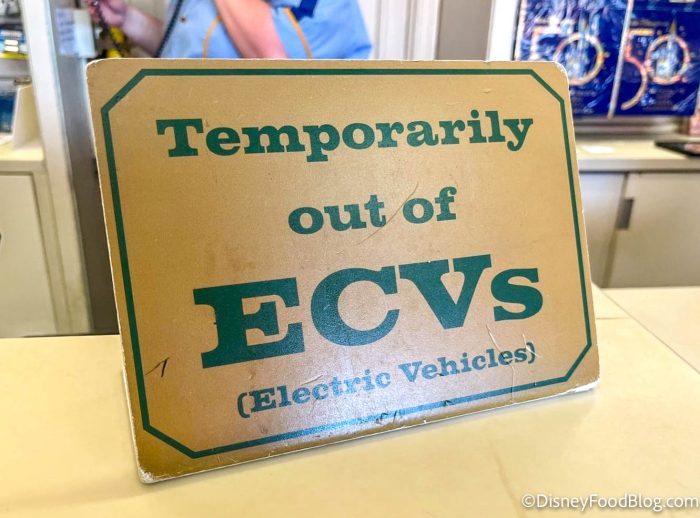 You have to be placed on the waitlist!

One Cast Member said that if you absolutely need an ECV, you’re safer renting from an outside company than you are banking on finding one available in the park. Many outside companies will deliver your ECV to your hotel so that you don’t have to worry about transporting it yourself, and you can take it from park to park rather than rent from each individual park. 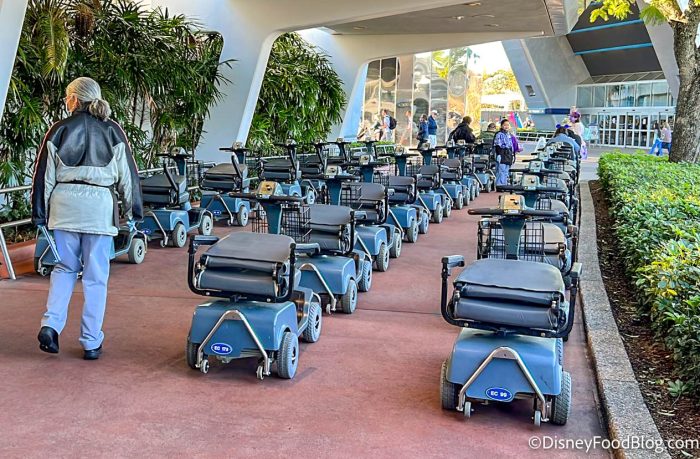 ECVs in the rental area at EPCOT

Most Disney World rides can accommodate ECVs in a variety of ways so you don’t have to worry about missing out on things in the parks, and Disney World buses, boats, Monorail, and Skyliner also accommodate ECVs so you can easily travel from park to park if you rent from an outside company. 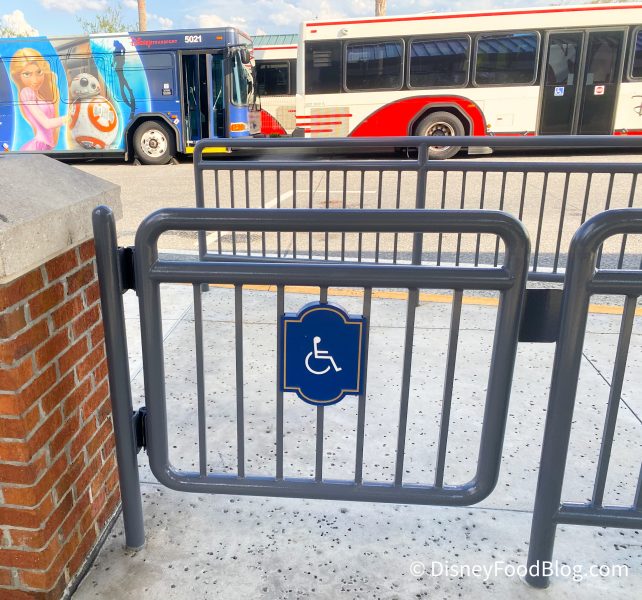 Gate for wheelchairs and ECVs

If you’re still hoping to rent an ECV at a Disney Park, we recommend getting to the park as early as possible (also known as rope dropping), and to also make sure you have a backup plan in case you have to be placed on the waitlist. If you’re staying in a Disney World hotel, you can also take advantage of Early Theme Park Entry, which lets you enter your Disney Park of choice 30 minutes before the general public. 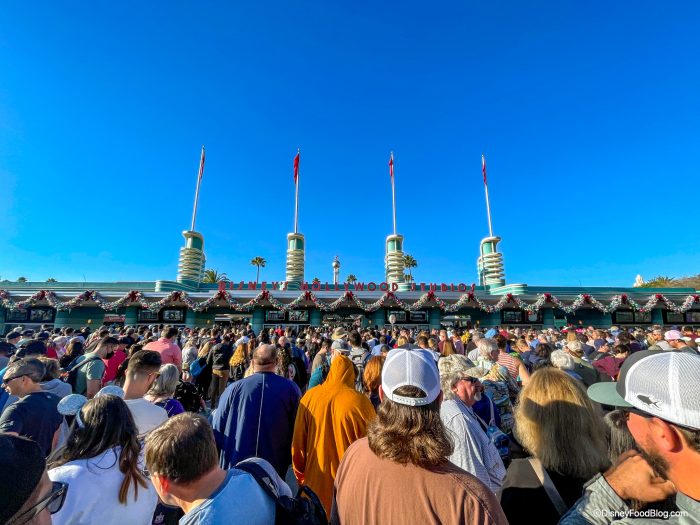 If you need a mobility device in Disney World, it seems that the earlier you get there the more likely you are to get the rental of your choice, and it doesn’t hurt to have a backup plan (or two). Keep following DFB for more Disney World news and updates!

Your guide to wheelchair and ECV accessible rides in Disney World!

Have you rented an ECV in Disney World? What was your experience like? Tell us in the comments!