When the average person thinks of Disney World, chances are they don’t immediately think about booze. 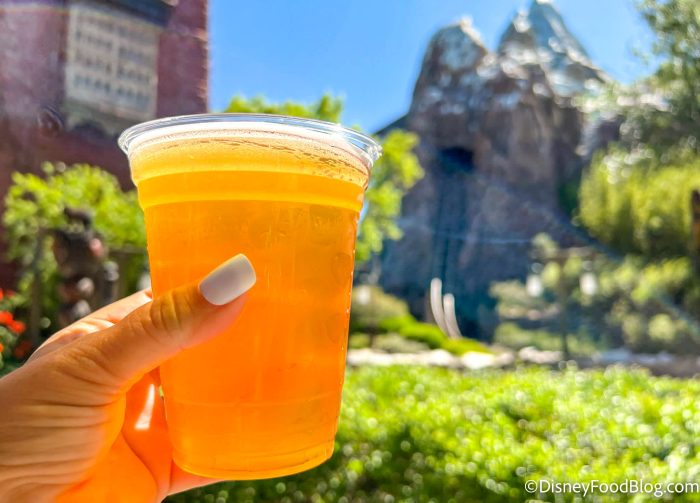 But in recent years, Disney World has become a hot spot for those looking to tie one on and have a drink or two, or just grab a beer while they’re waiting for their next Lightning Lane window to come around. Though alcohol isn’t necessarily new to the parks, we’re starting to see more offerings made available — especially in the once-dry Magic Kingdom. But with more cocktail and craft beer options on menus in Disney World, there’s a weird problem we’ve noticed — and it seems like Disney would want to do something about it!

Disney World has not been immune to the craft beer boom, and any beer aficionado will tell you that they are NOT all created equally. Sure, you’ve got your IPAs, stouts, pilsners, porters, lagers…and the list goes on. There are imperial drafts and nitro brews, but the ABV is arguably the most important variable you have to consider when drinking craft (or any) beers. 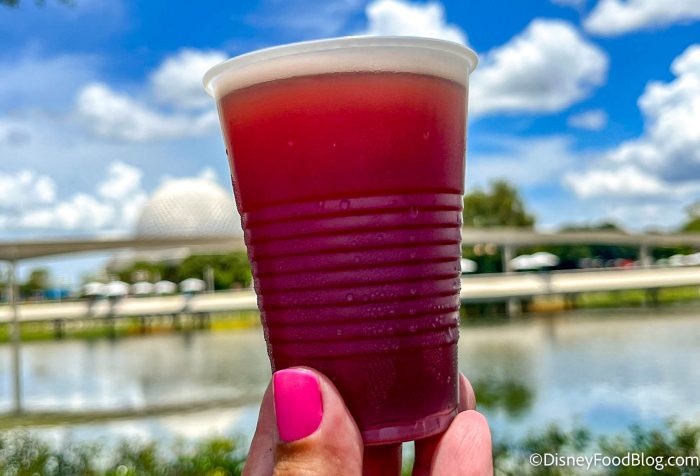 It’s so important, that chances are if you walk into your local craft brewery or take a look at the menu at your favorite watering hole you’ll see the ABV listed right there beside the no doubt pun-tastic name of the beer.

The ABV, or alcohol by volume, is just a quick way of describing how much of a beer’s (or wine’s, or liquor’s, etc.) total volume is made up of alcohol, and it’s measured in percentages. Seems like something important to know, right? 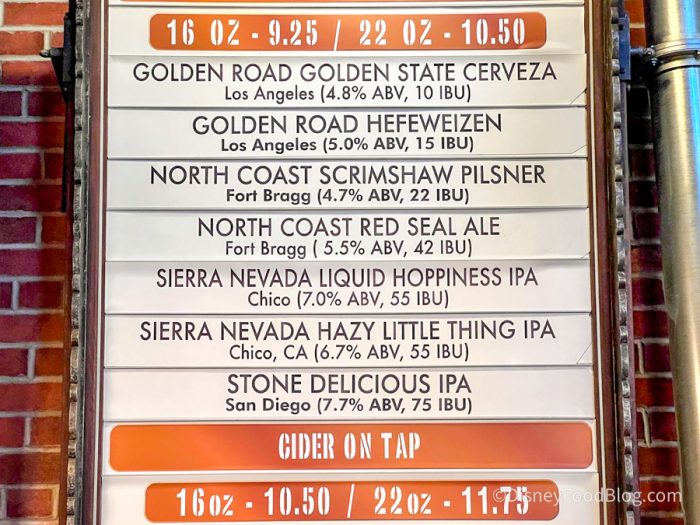 But, Disney World doesn’t list the ABV for craft beers on most of its menus aside from a few beer-centric spots — and when you consider how many people frequent parks like EPCOT to “drink around the world,” that would seem like information Disney would want to provide its guests. It can be pretty easy to overindulge in the parks, and with a bar always within walking distance, guests are never to far from their next pour. 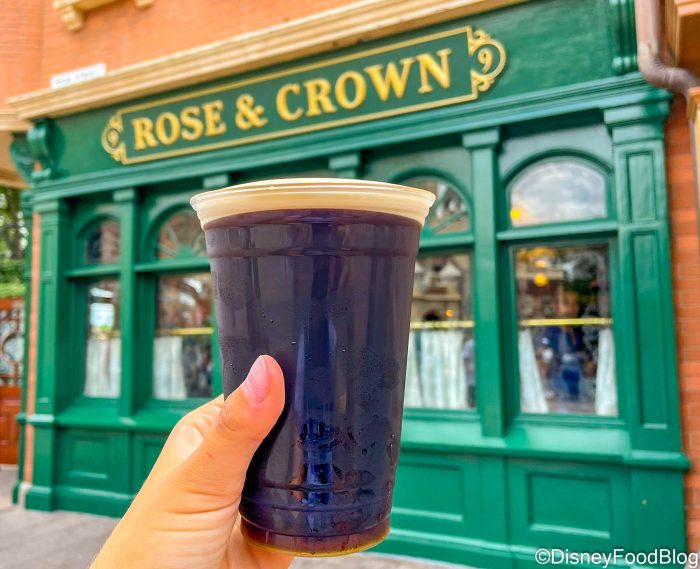 Grab a pint at Rose & Crown

Let’s look at a few of the craft beers available around Disney World. Over in Hollywood Studios, there’s only one spot you’ll want to stop for craft beer — BaseLine Tap House. This is one example where the ABV is listed on the menu, but it’s a rare case. 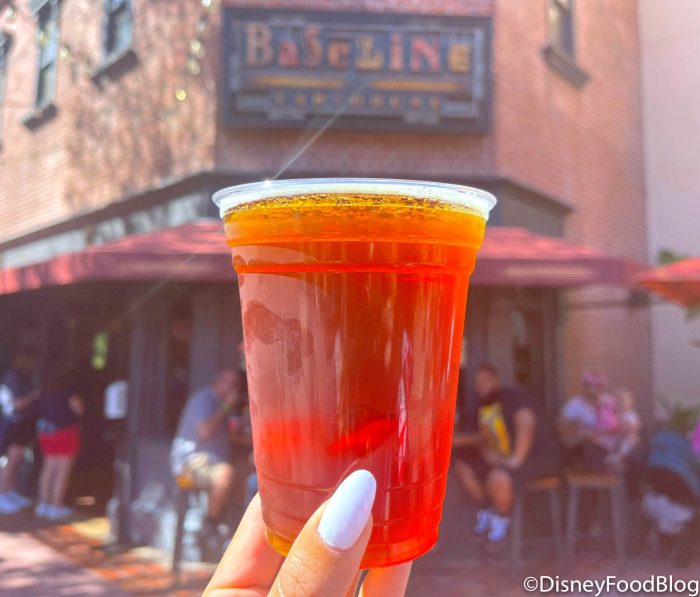 Over in Animal Kingdom, at spots like Dawa Bar and Thirsty River Bar, you can get the Tampa Bay Brewing Company Old Elephant Foot IPA. There isn’t an ABV listed next to this beer on either menu, but the brewery’s website clocks it at 7%. The same can be said for the Kona Island Hanalei, which has 4.5% ABV.

And elsewhere in Animal Kingdom, you’ll find a few specialty craft beers at Pongu Pongu. Both the Hawkes’ Grog Ale and Mo’Ara High Country Ale are served here, but there is no ABV listed on the menu. Even at EPCOT festivals, where there is a heavy presence of craft beer, the ABV is missing from the menus. 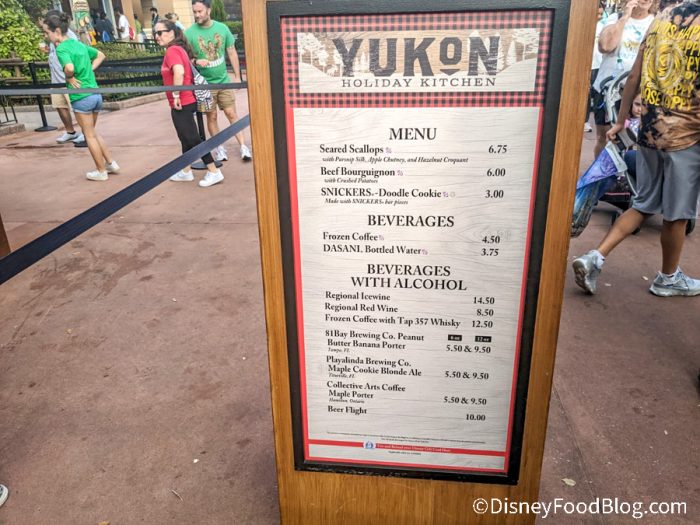 If you’re a craft beer fan and plan on indulging when you’re in the parks, keep in mind that some of these beers have pretty high alcohol content in them. It can be easy to think everything is copacetic only for a buzz to hit you out of nowhere, and you don’t want to find yourself feeling like you’ve had a little too much to drink in the Most Magical Place on Earth. You of course, know yourself and your limits. 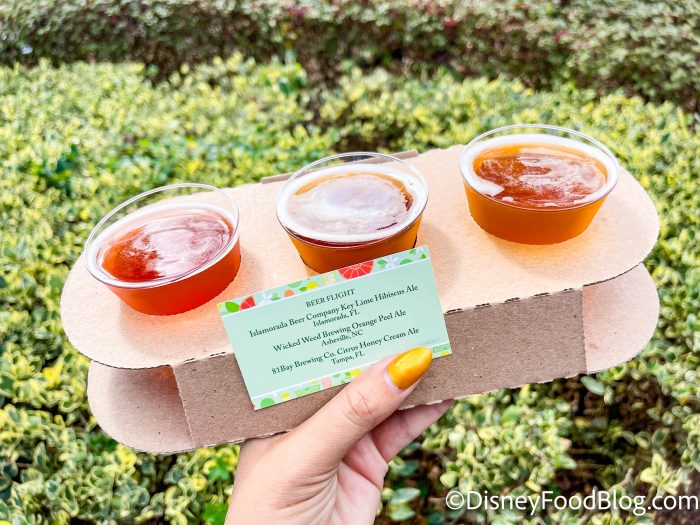 Our rule of thumb is one cup or bottle of water per alcoholic beverage, and make sure you’re eating enough throughout the day — you can’t survive Disney World on a purely liquid diet (no, frozen hot chocolate martinis do not count as food!). We also recommend tossing some hydration packs like Liquid I.V. into your suitcase or park bag for extra hydration. 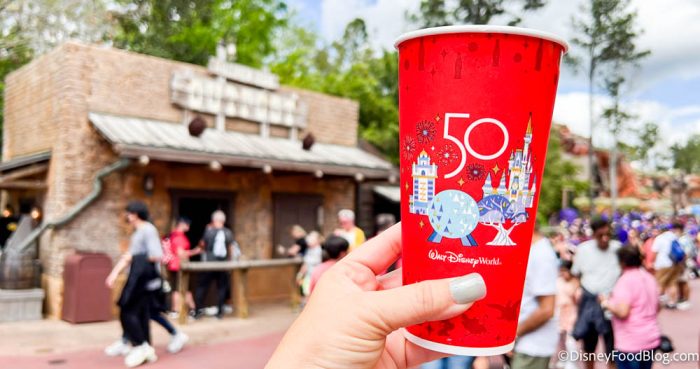 In most cases, you should be able to ask your server or bartender if they know the ABV of the beer you want to order, and most widely distributed craft beers do have the ABV listed somewhere online. 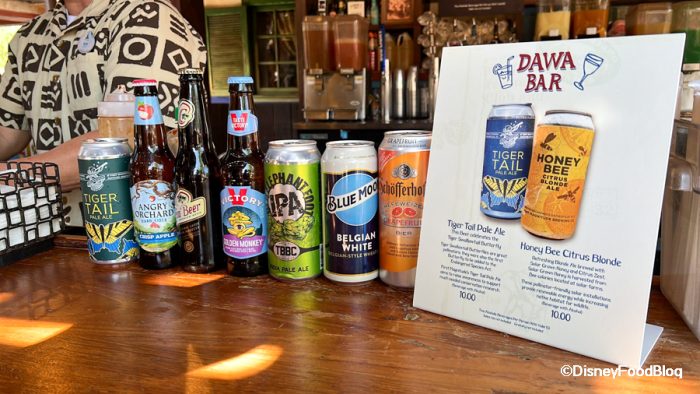 At the end of the day, though, this does seem like information Disney would want to provide its guests on a consistent basis, and not just at a few restaurants and bars here or there. With more alcoholic options being offered in the parks, we could see Disney start modifying menus to include ABV, but we’ll have to wait and see. 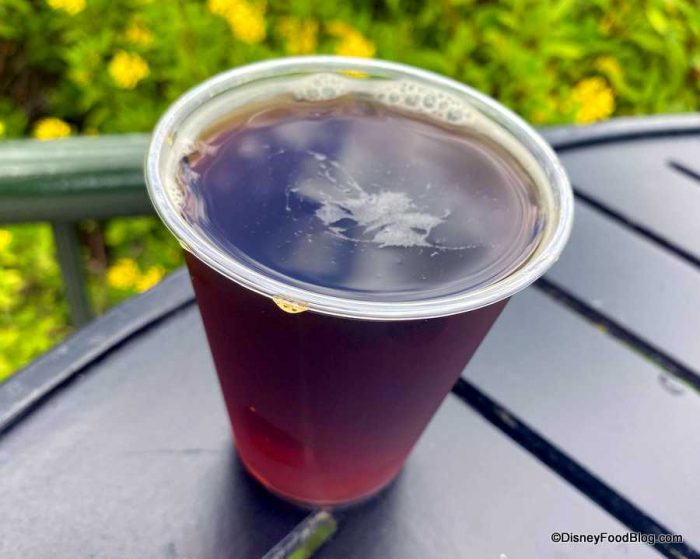 To learn more about drinking in Disney World, check out our posts below:

Be sure to stay tuned to DFB for the latest news and updates from around Disney World!

The ONE Drink You Should Get from Each EPCOT Pavilion

Are you a craft beer fan? Let us know in the comments!

« DFB Video: 50 Ways to Avoid the Crowds in Disney World
🚨Ads Have Officially Launched on Disney+🚨 »