There are so many ways to bring a little bit of your love of Disney into your home. 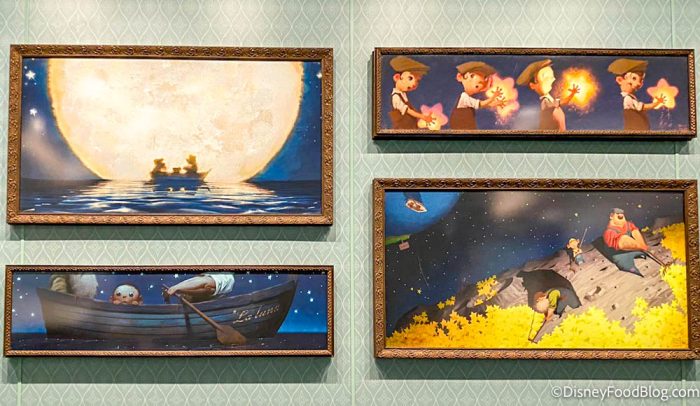 You can decorate with Disney home decor, kitchen supplies, or merch items you grab from the parks and place on a shelf to cherish for all time! Disney artwork is another lovely way to bring Disney magic into your home, and if you’re a collector of expensive artwork (key word: expensive), you won’t want to miss the beautiful pieces that just dropped online!

END_OF_DOCUMENT_TOKEN_TO_BE_REPLACED

Welcome to a brand new week with a whole lot of Disney food news! Let’s recap of the news covered right here on the Disney Food Blog, just in case you missed it:

Also, Disney food fans should check out the latest WDWToday Podcast — I got to sit in and talk about eating healthy in WDW!

SamLand’s Disney Adventures visits the Tiki Room Lanai in Disneyland and shares his Dole Whip. Did you know the Tiki Room was envisioned by Walt as a dinner theater restaurant?

Daveland takes us to the Hollywood Brown Derby. (Amazing photos, yet again.)

Duckman’s Blog shares a fantastic story about a custom cake at the Polynesian.

AllEarsNet has an incredible report about a vegan meal at ‘Ohana. Chef TJ does it again!

All Things Cupcake spotted some great cupcakes at Disney World!

Only WDWorld shares a delicious look at Epcot’s Tangierine Cafe.

Orlando Sentinel’s Daily Disney shares a blast from the past with six recipes from Spoodles, and also asks Is Rainforest Cafe or T-Rex better for kids?

Speaking of Rainforest Cafe and T-Rex, WDW Central wonders if the entertainment justifies the expense.

Thanks again for all the great food posts! Looking forward to this week’s delicious Disney posts. In His Own Words
In the interview, we discussed Tim’s artistic inspiration, his work for Disney, and what’s coming down the pike (including the official artwork for the 2010 Food & Wine Festival!). You can scroll down to the end of the post to find out END_OF_DOCUMENT_TOKEN_TO_BE_REPLACED