For many families, Disney parks are the center of longstanding traditions! 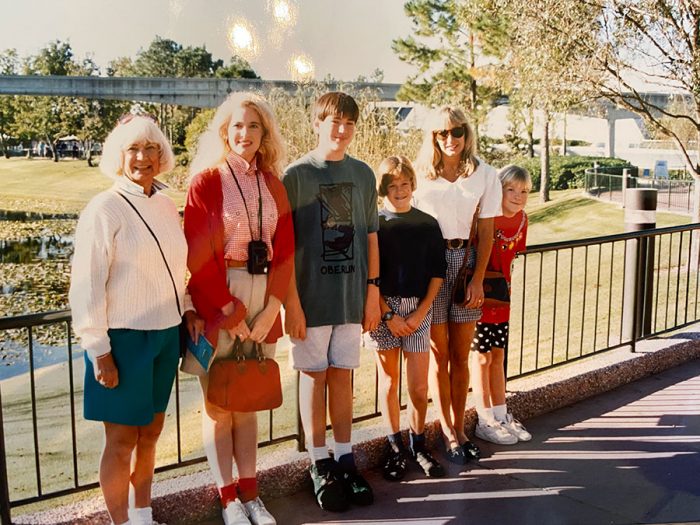 That also means that a lot of us have silly or sweet pics of memories made with our moms (or as the mom!). Walt Disney World ambassadors are challenging YOU to share those memories using #DisneyMagicMoments!

END_OF_DOCUMENT_TOKEN_TO_BE_REPLACED

It’s hard to believe that this month marks a whopping 15 years of Disney’s PhotoPass Service! It’s certainly evolved over time as technology has advanced, but it’s always been one of the easiest ways to preserve and relive memories from your vacation.

END_OF_DOCUMENT_TOKEN_TO_BE_REPLACED

Happy Monday, everyone! We’re back with another DFB Video today, and we’re sharing five memories you can make during your next Disney World vacation! When you’re busy planning your Disney vacation, it can be pretty easy to get caught up in the details… things like making FastPasses for your must-do attractions and Advance Dining Reservations for your top picks of restaurants. So it’s important sometimes to take a little breather and remember why you’re planning a Disney vacation in the first place: to make lifelong memories! So whether you’re celebrating a special occasion with your family on your next trip, or just celebrating the fact that you’re in DISNEY WORLD, we sharing some memories you can look forward to making during your next trip in our latest video! END_OF_DOCUMENT_TOKEN_TO_BE_REPLACED I want to wish everyone a happy, safe, Merry Christmas. And for this first Disney Food Blog Christmas post, I wanted to share a few more of the heartwarming stories I’ve received from readers. These are their own wonderful Disney food memories, shared in their own words. I received these in response to our first Chicken Soup For the Disney Foodie Soul post, which featured several WDW Moms Panelists.

From Jackie via email

On our most recent trip of August 2009, we celebrated both my children’s birthdays at Disney World. For my ten year old, autistic son, who adores Winnie the Pooh and Friends, what better place than the Crystal Palace? For once, we felt like a ‘normal’ family when my son interacted with Winnie during his cake presentation. Andrew blew out his candles and went and gave Winnie a great big squeeze. The smile
on my son’s face was precious and during that special moment Andrew was with us in our world and out of his daily world of anxiety, fear and frustration. Only at Disney do we all relax and have a fantastic time. My son comes into his own and opens right up, enough so that his always has language bursts of development.
Thank you Disney for the peace and joy and progress we experience when visiting.

From Kristin via email

My favorite Disney Dining memory took place during the weekend of the surprise 60th birthday trip I took my mom on. It was her FIRST trip to Disney World. Yes, at age 60! We enjoyed an early morning at Super Soap Weekend, but I had plans for her at the Magic Kingdom later that night. I planned a birthday dinner for her at 1900 Park Fare. I had let them know of her birthday ahead of time so she had a tiara to wear during dinner. Cinderella spent extra time with her and discussed her lovely tiara. After we had finished eating, Cinderella and our waitress delivered the mini-castle cake I had ordered before we left for the World. Mom was in tears as they delivered the beautiful little cake, perfect for the two of us to share. We sang happy birthday to her, and she said “This is truly the best birthday I’ve ever had!” Doesn’t get any better than that!

From Chris via email

My Disney memory didn’t happen at a signature restaurant, although I’ve had a lot of great meals at those. It happened at Pecos Bill’s. In 2007 we took a trip to Disney with my in-laws. My sister-in-law usually vacations at rustic yoga retreats, so Disney was way out of her comfort zone. To make her feel more at ease, she asked to do the cooking at our rental house. Daily, we returned from the parks to very
healthy, and okay, very boring meals. After a few days, I was dying for some real food. One night, she kindly watched our infant twins while my husband, older child and I went to Mickey’s Very Merry Christmas Party where, away from the watchful gaze of my SIL, I made a beeline over to Pecos Bill’s for a pulled pork sandwich. Unfortunately, when I got out, the parade had started and my husband and son were across the street. At first I was disappointed that I wouldn’t be able to join them, but I soon realized what an advantage I had. It was my son’s first trip and the look on his face was priceless. If it hadn’t been for my pressing need for some pulled pork, I wouldn’t have seen his reactions. It ended up being a perfect moment.
And the sandwich wasn’t half bad either.

From The Lill Family via email

Even for those who visit a Disney properties just one time, most families would say
that they have shared a lovely “magical memory” and that’s the magic of Disney. Many
of the cast members go well out of their way to make everyone feel welcome and to
“spread the pixie dust”, especially for children and those who are celebrating a
special occasion.

Our own magical memory is watching Chloe at three years old walk in her first parade with the characters at ‘Ohana. I was following a ways behind with a video camera and at first she was very hesitant (her first time walking somewhere without mom or dad) but Eeyore moved in right behind her and helped her around the restaurant twice,and all the time encouraging her to shake the maracas and enjoy the parade. He was so nice and helpful to our daughter. Eeyore was my favorite character while growing up, and I’m so thankful that he made that moment special for not only her, but to us as well. 🙂

For more Holiday Disney Foodie fun, check out the compendium of Christmas posts from this season on the Disney Food Blog.