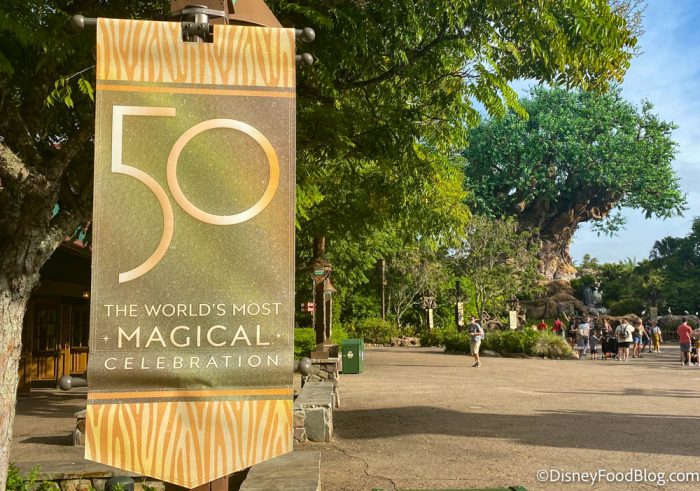 We can’t wait to see the new fireworks shows, the new cavalcade, and more! But today, we’ve got an early look at another new entertainment offering that’s coming as part of the festivities. As part of Disney World’s 50th Anniversary, Disney’s Animal Kingdom will have a brand NEW daytime show called KiteTails. We already got a sneak peek at the show, and have been spotting construction over the past few weeks, but today we got the chance to SEE some of the show for ourselves!