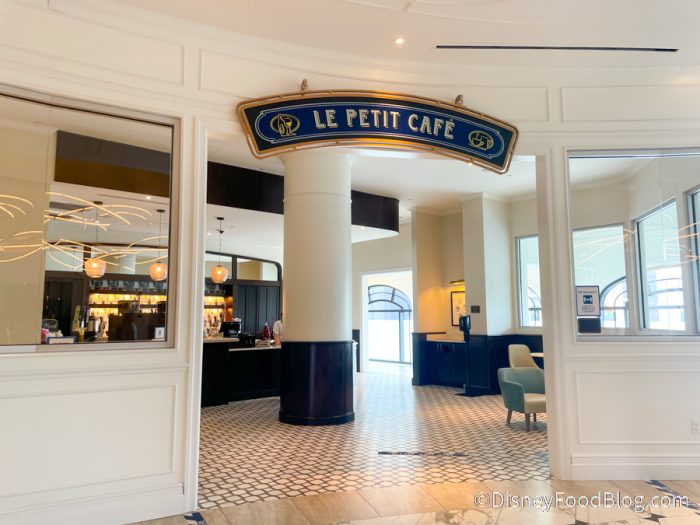 And we are running ALL over Disney World this weekend checking out the Valentine’s Day snacks and drinks! Which means we HAD to make a stop at Le Petit Cafe, which always blows us away with its beautiful pastries!

END_OF_DOCUMENT_TOKEN_TO_BE_REPLACED END_OF_DOCUMENT_TOKEN_TO_BE_REPLACED

The 2019 Epcot Flower and Garden Festival started March 6, and we have the menus! And be sure to check out our BEST of the Fest!

AND – the opening dates for Star Wars: Galaxy’s Edge were announced for BOTH Disneyland and Disney’s Hollywood Studios! END_OF_DOCUMENT_TOKEN_TO_BE_REPLACED

Epcot’s Kringla Bakeri og Kafe tucked in the Norway Pavilion is known for classic Scandanavian offerings like Lefse and iconic treats like School Bread. Though the spot underwent a lengthy refurbishment last year, it returned with many of its tried-and-true favorites. So it’s always a bit of a surprise to find something new here, especially the so-colorful-you-can’t-help-but-notice-it Lemon Cheesecake! END_OF_DOCUMENT_TOKEN_TO_BE_REPLACED The original Brown Derby was actually a chain of restaurants, but the one that you see here is a replica of the location at 1628 North Vine Street. This location was closest to the studios, and became a bit of a Hollywood icon itself. END_OF_DOCUMENT_TOKEN_TO_BE_REPLACED

We’re coming to you today from The Market at Ale & Compass!

Now, you may be thinking to yourself, “Great! But where’s Ale & Compass?” The Market at Ale & Compass is located in Disney’s Yacht Club Resort. You may already be familiar with Ale & Compass Lounge, which sits near the Captain’s Grille (which is currently closed for refurbishment — guests can enjoy Captain’s Grille dishes at its temporary location in Ariel’s).

The Market at Ale & Compass, however, is located right by the Fittings & Fairings gift shop (which is… umm, also closed for refurbishment 😉 , with a reopening planned for July. Change is the name of the game ‘round these parts!).

With the exception of the Yacht & Beach Club’s pool bar, Hurricane Hanna’s, the Yacht Club has been without a Counter Service option, with guests relying on nearby choices at the neighboring BoardWalk Inn and Beach Club. The Market at Ale & Compass is here to change that… and it’s been a long time coming. Step inside!

The Market at Ale & Compass has been established in half of what was the Fittings & Fairings gift shop (the other portion of the space will once again operate as a merchandise spot once it reopens in July).  END_OF_DOCUMENT_TOKEN_TO_BE_REPLACED