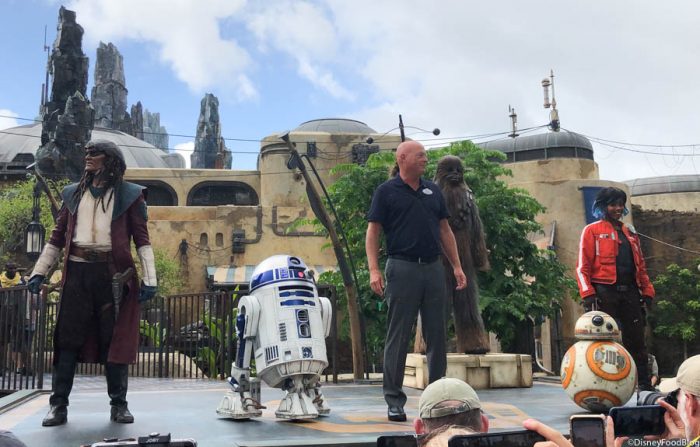 This is a noble act, but how noble?

A Closer Look at Chapek’s and Iger’s Pay Cuts

In a recent statement given by Disney to its stockholders on the current and potentially future hardships the company could encounter, current CEO Bob Chapek said, “I will be taking a 50% reduction in my salary. This temporary action will remain in effect until we foresee a substantive recovery in our business. Our executive chairman, Bob Iger, has chosen to forgo 100% of his salary.”

But these cuts are reportedly only impacting Iger’s and Chapek’s baseline salary earnings — not their entire compensation,.

Chapek was expected to make $2.5 million in base pay this year before agreeing to a 50% pay cut. He will, however, still be eligible for an annual target bonus worth $7.5 million AND a long-term incentive grant equivalent to $15 million.

The records for Iger’s most recent yield as Disney’s CEO showed his base pay was $3 million but he earned $44.5 million through other incentives and stock bonuses.

While the sources of any additional income Chapek and Iger will receive will be based largely on how The Walt Disney Company performs over the next year (which isn’t likely to live up to the previous year’s performance), both execs will still get to pocket those proceeds.

Yes, it’s an admirable thing these men are doing to help their company. But you don’t have to worry about their bank accounts.

A Closer Look at the Other Disney Executive Pay Cuts

Disney’s other biggest earners are also being asked to take salary reductions as they devise a plan to ride out these next few months. As Chapek stated, “effective April 5, all VPs will have their salaries reduced by 20 percent, SVPs by 25 percent, and EVPs and above by 30 percent.”

A Disney VP normally earns anywhere between $150,000 and $200,000 in base salary, while an executive VP’s earnings can reach $700,000, depending on their department. It’s important to note that while some of these higher-ups may be entitled to additional means of compensation through stocks or bonuses, their base salaries account for a larger portion of their income than does that of Iger and Chapek.

This means the pay cuts could possibly affect lower-level execs significantly more than those at the higher level, who have heavy additional compensation to fall back on.

Although agreeing to the pay-cut was technically voluntary, Disney’s VPs and other top-tier execs reportedly couldn’t renegotiate the terms of their new “temporary” salaries and were only given two days to agree to them.

The Walt Disney Company is estimated to be losing $13 million each day the parks remain closed adding to the company’s financial burden. Since we don’t know when Disneyland or Disney World are expected to reopen, we don’t know how long Disney will continue to pay reduced salaries (or no salaries, in the case of furloughed employees). The financial impact of these temporary closures — and other hits to the Walt Disney Company — could be felt by Disney execs and Cast Members for many months to follow.

We’ll continue to monitor this story and update you with any further statements released by The Walt Disney Company.

« You Have to See the Sweet Way Disney World Is Giving Back to the Community This Easter!
Should You Reschedule Your Disney World Trip in 2020 or 2021?? »