Even as the Disney parks remain closed with construction halted, we’re still seeing some building permits from Disney World.

Sometimes, there’s work that just HAS to get done! Recently we spotted some permits for Epcot’s Play Pavilion and more, but we’ve got even more interesting documents today.

With everything from MAJOR Disney projects, to third-party construction, to some EMERGENCY work; we’re taking a look at the building permits that Disney has had to file over the past few weeks!

We’re starting with the permit that made us the MOST excited! Ready your blasters, we’ve got a permit on Galactic Starcruiser! You might remember when we spotted a permit for the guard shack going up at the upcoming Star Wars hotel, but this time the permit is for the hotel itself!

The new permit, filed May 13th, is for “fabrication and installation of sets” for “Project H.” Now we’re not sure what that H stands for (probably “Halcyon” — the name of the starcruiser) but we DO know that the permit is for the address where the Starcruiser construction is located!

Does this mean it’s starting to look spacey in there??? After all, the hotel is supposed to be themed as if it was a ship flying lightyears away in space.

We can’t wait to get into Galactic Starcruiser in 2021 — that’s why we’re waiting not-so-patiently for reservations to open this year. After all, with the immersion of Star Wars: Galaxy’s Edge in Disney’s Hollywood Studios, we’re sure that Starcruiser will be a trip to remember. This unique experience will allow the Star Wars story to unfold all around you. How cool is that?

Click here to learn EVERYTHING we know about Galactic Starcruiser!

Next up, it looks like the Starbucks in Disney Springs might be getting a little bit of a makeover. You might remember that we recently saw a permit for a new Lovepop Store, so things are movin’ and shakin’ in Disney World’s retail and dining complex. 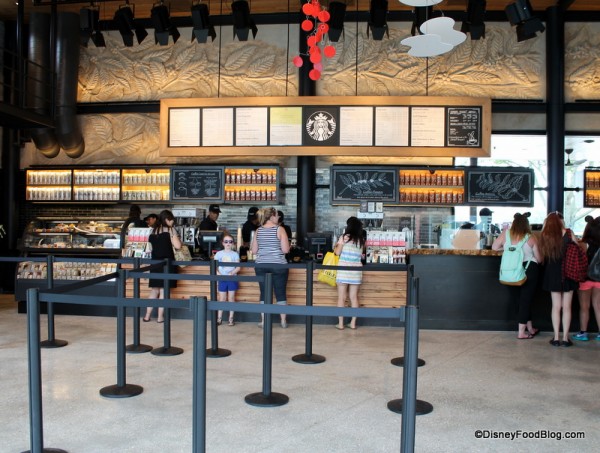 The Starbucks permit, filed May 12th, calls for a “tenant remodel” of the existing Starbucks on the West Side of Disney Springs. Oooooh! We love to stop in at the Starbucks of Disney World to get our caffeine fix, so we’re curious if this means this spot will be getting a new look.

Both Starbucks locations in Disney Springs have reopened (with new a new tasty drink to mark the occasion)! So we’ll be keeping our eyes on the West Side location to see any changes!

But Starbucks isn’t the ONLY dining location in Disney Springs that’s getting a little bit of an update. Jaleo and City Works Eatery and Pour House are making some updates as well. Since Disney Springs is open, hopefully we’ll get to see these changes pretty soon. 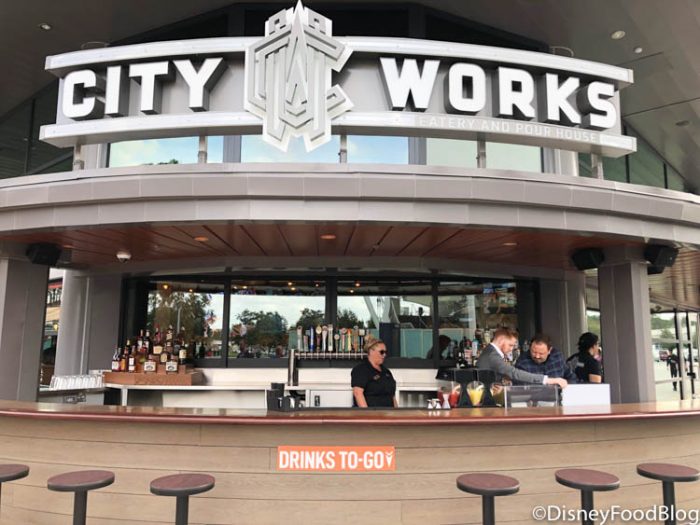 Both of these new permits were filed on May 14th. Neither of them is for a full remodel, but they do mean that both restaurants are looking for some fun updates.

The Jaleo permit was filed with a design firm to “install new wall-mounted graphics.” Ooh! We can’t wait to see what those look like.

Over at City Works Eatery and Pour House, a still very NEW spot in Disney Springs, they’ve filed a permit to install a canopy. Hmm, maybe this spot is looking to expand on outdoor seating in response to the Florida government’s health regulations?

We noticed a to-go drink window under construction on our recent walks around Disney Springs, so it’s possible this canopy could be related to that.

Whatever the case, we’re excited to see the updates to these two spots whenever they get them finished!

Never been to City Works? Click here to learn about the new restaurant!

WHAT? Construction coming to The Hollywood Brown Derby in Disney’s Hollywood Studios? Not exactly. Remember how we mentioned some emergency construction? Well, it looks like the Derby had a little bit of an incident at some point during the closure. 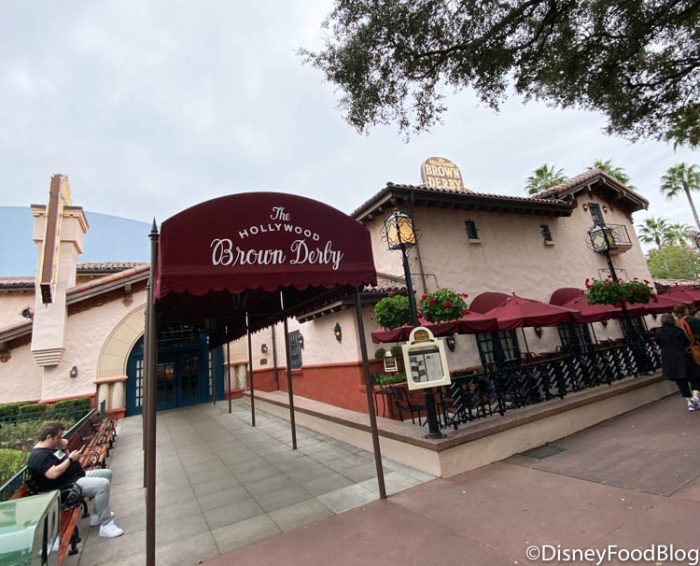 On April 21st, Disney filed a permit for a “kitchen gas leak repair” at the famous Disney dining spot. Yikes!

Luckily, it seems that everything is a-ok as we haven’t heard anything from Disney on it. Maybe it’s a good thing that the restaurant was closed when that happened!

Thinking about a meal at the Brown Derby? Click here for our latest review!

Now we’re taking a look at the retail district Flamingo Crossing. This is a developing project coming to the west side of the property. So far, we know we can expect a Walgreens, a Speedway Gas Station, and A TARGET!!

We’ve already seen a pretty clear plan for the area through a different permit, but it appears that construction teams are set to get started on “new shell buildings” for the property. Shell buildings, like the name says, will act as a shell for the different third-party stores in the complex —  yes, like Target. It’s pretty awesome to see some movement on this massive project!

Last but certainly not least, we’ve actually spotted THREE permits for the massive renovations going on at Four Seasons Orlando. Though the Disney Springs area hotel is currently closed with the rest of Disney World, we have seen some movement. For instance, they’ve opened their on-site restaurant, Plancha!

And apparently, the teams at Four Seasons are also working hard getting permission for all of the work they’re doing on the pool area and beyond. We spotted a permit with the South Florida Water Management District to permit the relocation of some natural resources — we only see these for BIG projects!

Click here to learn about the reopened restaurant at the Four Seasons!

And there you have it! Things have definitely slowed down in Disney but there’s still some interesting stuff going on! As always, we’ll keep an eye on those Disney permits and report in whenever we find some good ones. Until then!

Click here to check out what ELSE Disney is working on!

Which of these Disney projects are you most interested in? Tell us in the comments!

« Your Questions Answered! Disney Just Canceled Everything! Here’s What’s Going On — And What You Should Do Next.
NEW! The Official Disney Maleficent Dress Has Appeared Online! »