Who’s thirsty for some Lapu Lapus, Backscratchers, and Puka Punch?

It’s OFFICIAL! Tambu Lounge is set to reopen this Sunday! According to Disney World’s website, the bar which sits adjacent to ‘Ohana on the upper level of Disney’s Polynesian Village Resort’s lobby will be open from 4PM to 11PM daily beginning August 16th!

Disney’s Polynesian Village Resort was one of the first hotels to partially reopen back in June. Only select room options are available at this time and the resort is officially set to reopen on October 4th. The current open dining locations include Captain Cook’s, Kona Cafe, Barefoot Pool Bar, Chip ‘n’ Dale’s Deli, and Pineapple Lanai.

Everything else has remained shuttered since last March — but now Tambu Lounge is officially showing hours available starting this Sunday, August 16th — just as we suspected after speaking with a Cast Member awhile back! 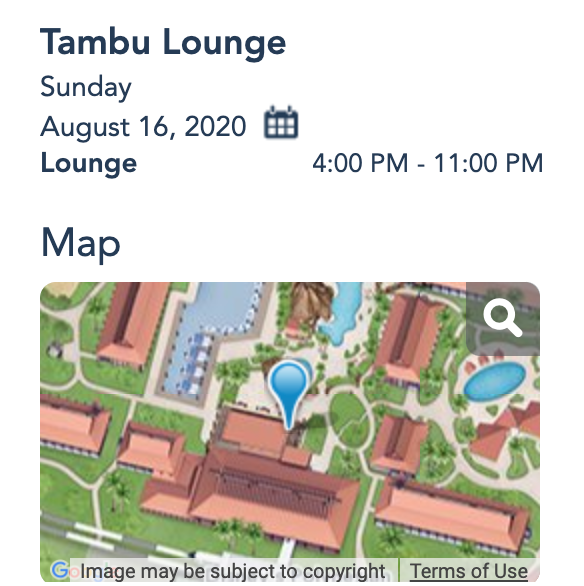 For now, Tambu Lounge’s menu only shows a few Hawaiian-style snacky options to choose from. It looks like we’ll still be able to get their California roll, wings, flatbread, and pork ribs when Tambu Lounge opens!

Before the closures occurred, we were able to order many items at the bar from the ‘Ohana secret menu since Tambu Lounge shares a kitchen with the restaurant. Disney hasn’t announced when ‘Ohana will be reopening, so it’s likely the ‘Ohana secret menu such as teriyaki noodles, bread pudding, and potstickers won’t be available — FYI! 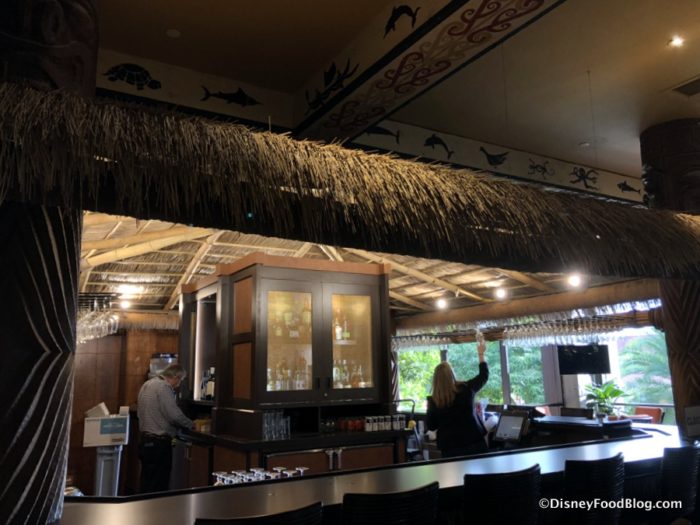 Tambu Lounge Before the Closures

Of course, we’ll be scouting the place out and we’ll let you know EXACTLY what the teriyaki noods sitch is, so stay tuned! And if you need a Lapu Lapu to tide you over until Tambu Lounge opens on Sunday, head over to Kona Cafe where they’ll be happy to mix one up for you! 😉

Have you ever been to Disney’s Polynesian Village Resort? Let us know where you like to eat and drink at Disney World in the comments below!