Here at DFB, we love a good cupcake! 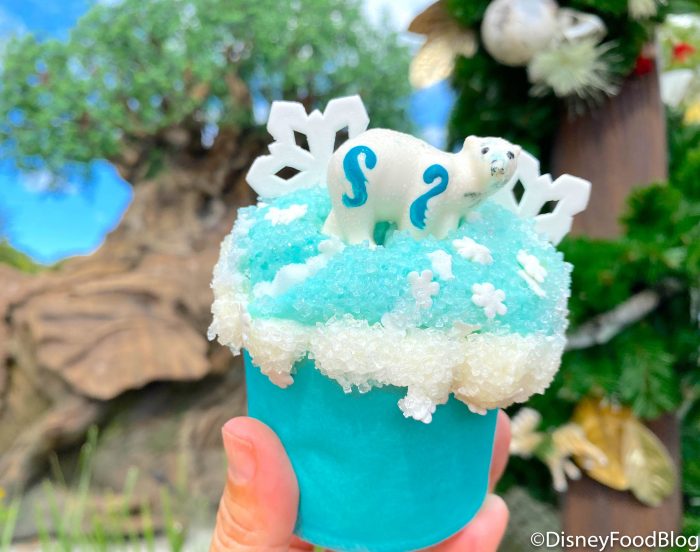 We’ve tasted A LOT of cupcakes over the years, and we like to think of ourselves as experts in the Disney cupcake world. Just recently, we’ve reviewed the Menagerie Cupcake, the Twice Upon a Christmas Cupcake, the Olaf’s Snow Flurry cupcake, AND the Simba cupcake. That’s a lot of cupcakes! But now, another holiday cupcake has returned to Walt Disney World, and you know we had to try it!

Over at Gasparilla Island Grill at Disney’s Grand Floridian Resort & Spa, the Red Velvet Wreath Cupcake is back for the holiday season! 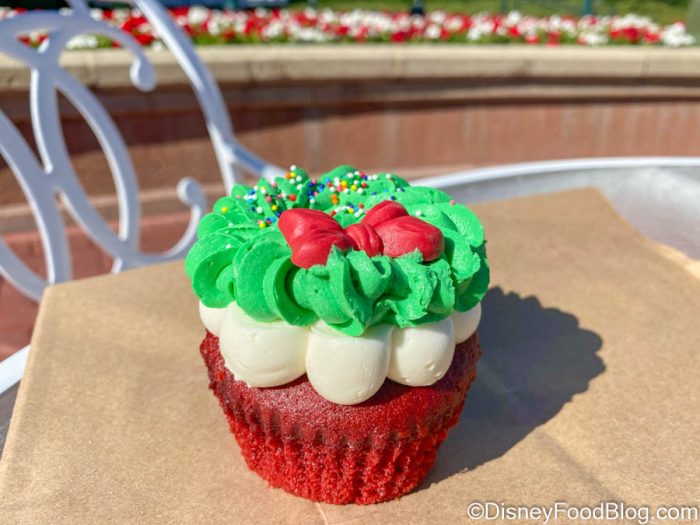 This cupcake is made with red velvet cake, topped with buttercream icing shaped into a Christmas wreath. The wreath even has its own chocolate bow! 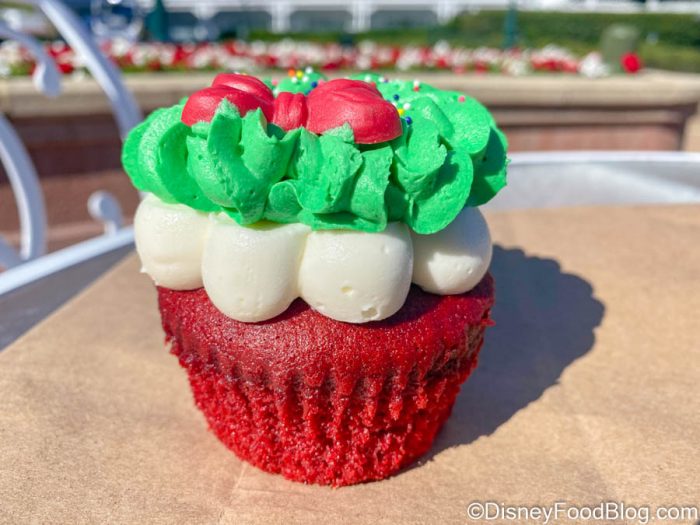 The inside of the cupcake is home to a cream cheese mousse, which we really loved! The cupcake itself was nice and moist, and the icing on top was a very classically flavored buttercream, so delicious as always. 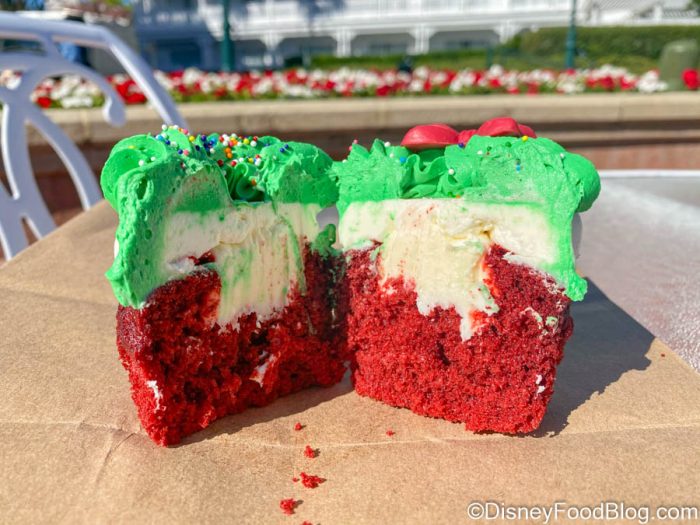 If you like cheesecake and red velvet, then we definitely recommend you try this treat! It’s pretty sweet, so keep that in mind if you’re not a fan of sugary foods. The only wish we had is that it would have more of that wonderful cheesecake-style filling!

But beware, if you’re like us and take lots of pictures of your food, the cupcake seemed to get pretty tired after our photo session — accurately describing how we feel at the end of 2020! 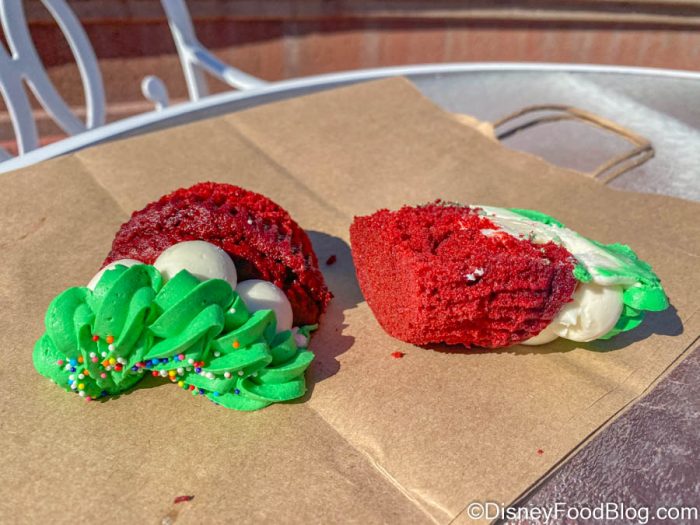 If you’re interested in this holiday snack, make sure to stop by the Grand Floridian and pick one up for $5.99! We’ll be on the lookout for more Christmas treats to pop up in Disney World, so stay tuned to DFB!

Check Out Our Reviews of All the 2020 Holiday Treats HERE!


Would you try this holiday cupcake? Let us know in the comments!

« PHOTOS: Olaf Has Arrived EARLY For His New Scavenger Hunt in EPCOT
The Holiday Gift Guide for People Who Can’t Let Go of Old School EPCOT »