Can you believe it’s already March? Like wasn’t it just Christmas yesterday? 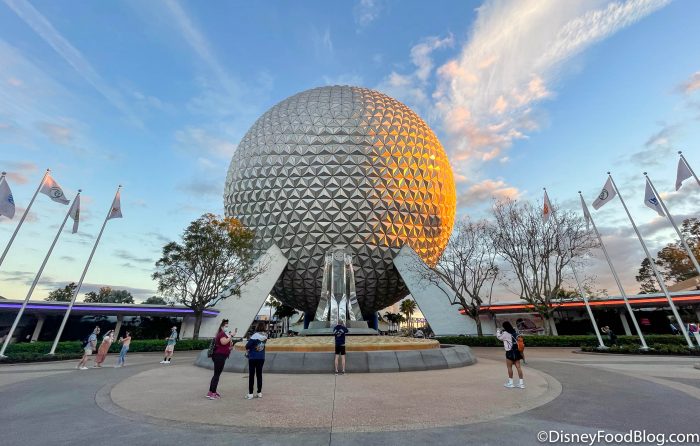 Spaceship Earth and the New Lights

Okay, so we’re only THREE months into the New Year, but SO MUCH has happened at Disney World in 2021 already! Not only do we have a huge 18-month-long 50th birthday party to attend, but some parks and resorts are already looking a LOT different!

In fact, we would say that parts of Disney World have already been TRANSFORMED in just three short months. But hey, what can we expect? It’s Disney magic, after all! And granted, some of these huge changes have been in the works for a while, but we still enjoy getting to see all these huge updates! And here are three of the biggest.

Disney’s Polynesian Village Resort delayed its reopening last year to do some big refurbishments in the hotel. The Polynesian has been under refurbishment for several months now. But, in 2021, we’ve started to see some real progress. 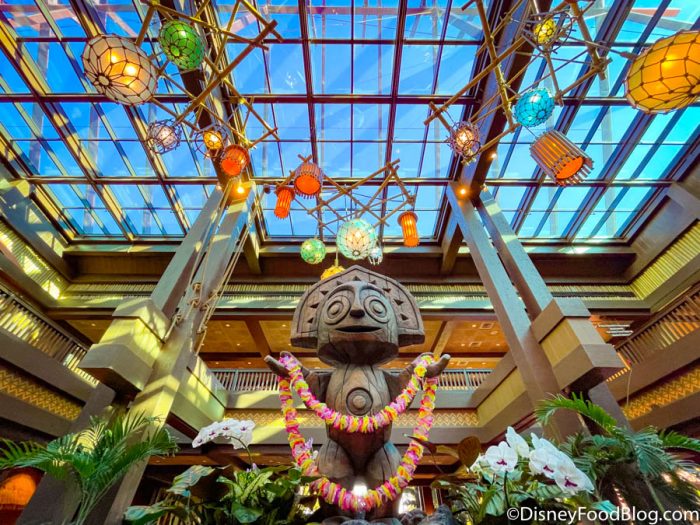 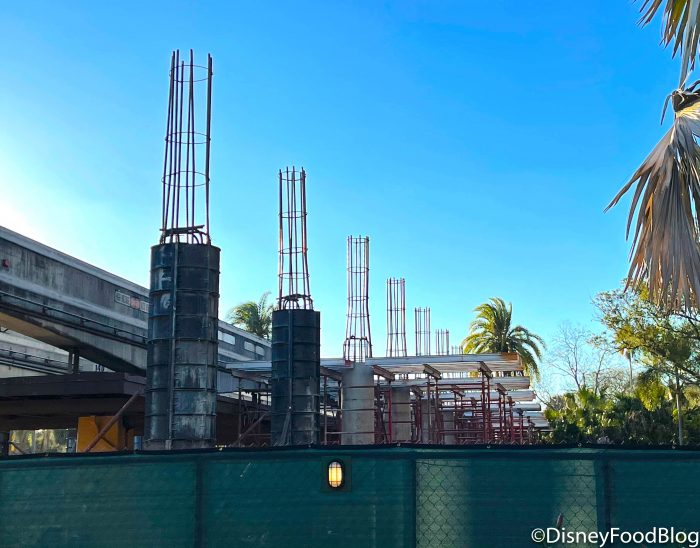 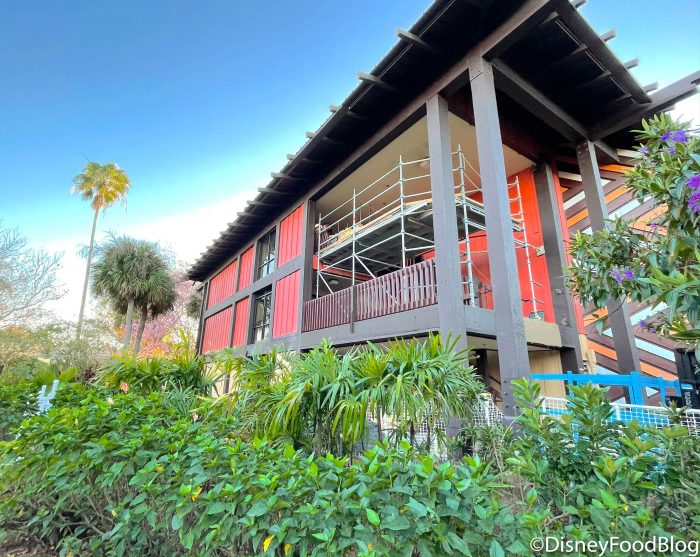 And some of the Moana-inspired theming has already appeared in the NEW Cast Member Moana outfits! 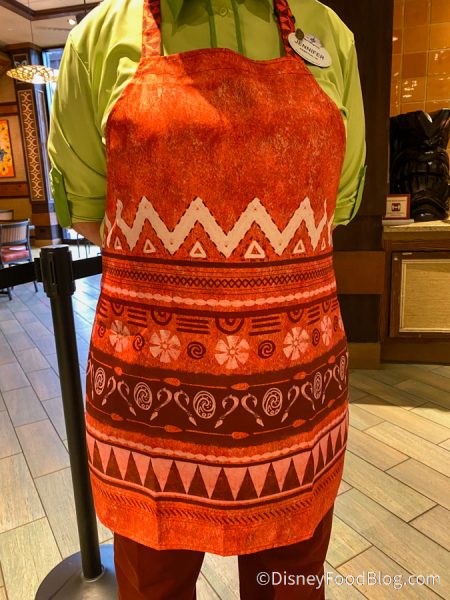 But, just recently we got one of the BIGGEST news drops — Disney actually opened up reservations for the Polynesian and shared brand new photos of the remodeled Moana-inspired rooms!

We’re especially excited about Hei Hei looking over the coffee maker — what could possibly go wrong? All these little details are great! We can’t wait to see more!

To say there’s a lot of stuff going on at EPCOT is an understatement. If you’ve been there recently, you’ve probably seen a TON of construction going on as part of the EPCOT Transformation, but it’s all starting to really pay off.

First, we got our first look INSIDE the France expansion where the upcoming Remy’s Ratatouille Adventure ride and La Creperie de Paris will be. 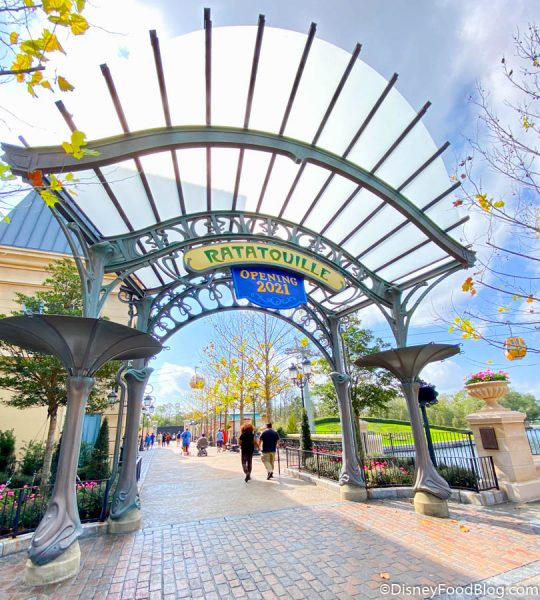 So now we just have to wait for the ride to open! 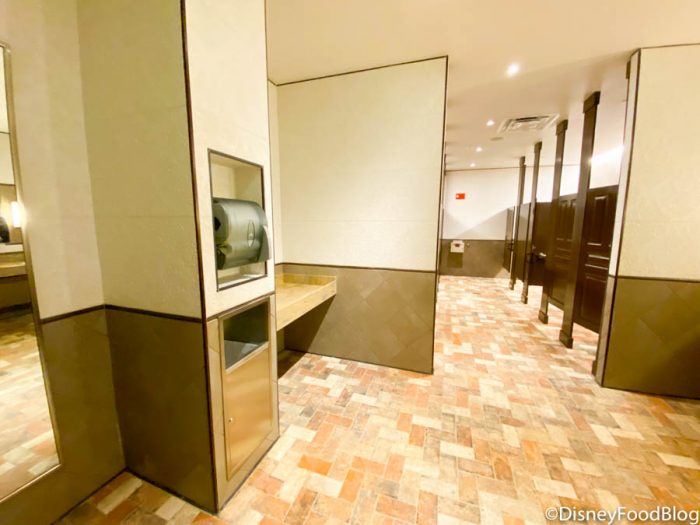 …and we’ve had the chance to take a look at the pavilion all lit up during the night, along with some INCREDIBLE details in the area, the new Ratatouille Chef ears, Ratatouille merchandise, and talking Remy plush! 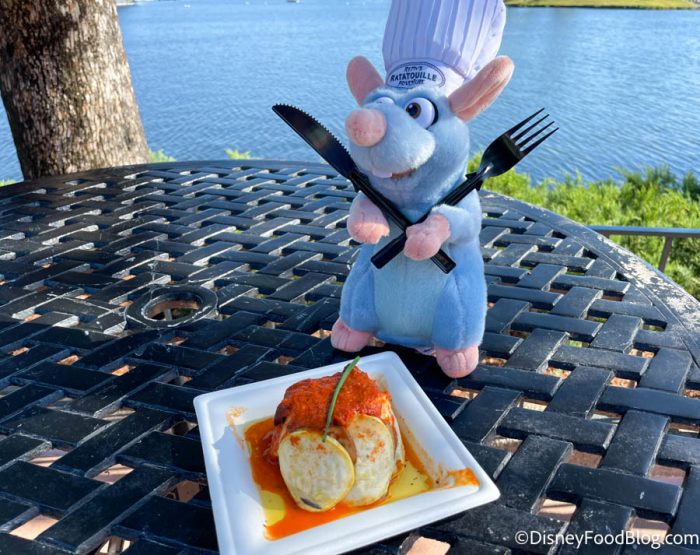 And now we’ve got an opening date for La Creperie and the Ratatouille ride — October 1st, 2021! Let the countdown begin!

Click here to see INSIDE the France expansion area!

This year, we also got a GORGEOUS new fountain in front of Spaceship Earth… 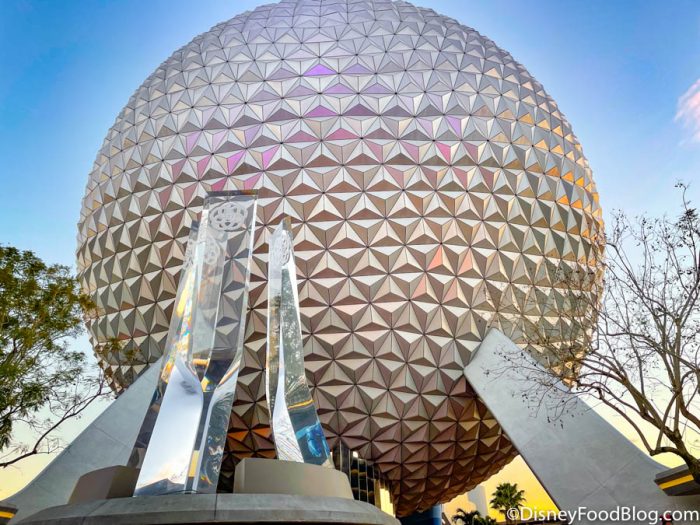 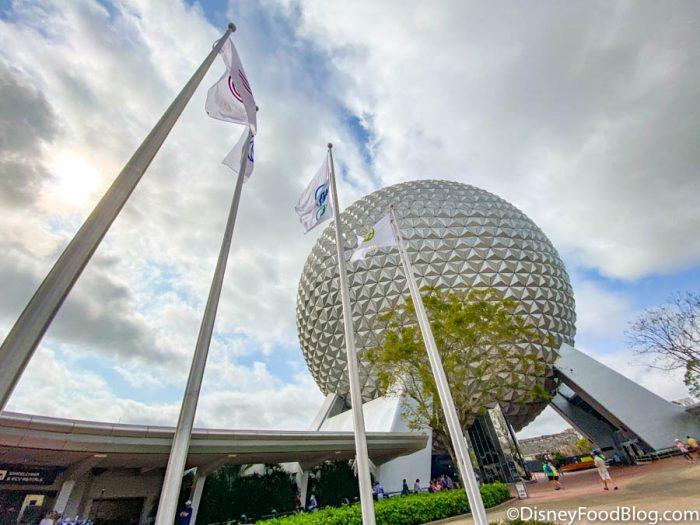 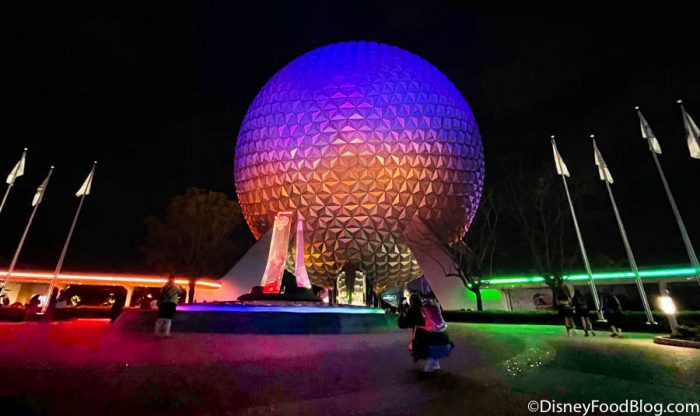 We know, these lights are STUNNING!

Oh, and we got NEW ENTRANCE MUSIC too! The EPCOT transformation is really starting to take shape at the front of the park.

Click here to check out the AMAZING new nighttime lights at EPCOT’s entrance!

As if that weren’t enough, the Leave A Legacy display has been completely reimagined and is now a beautiful rainbow of color which you can find just outside of the park entrance! 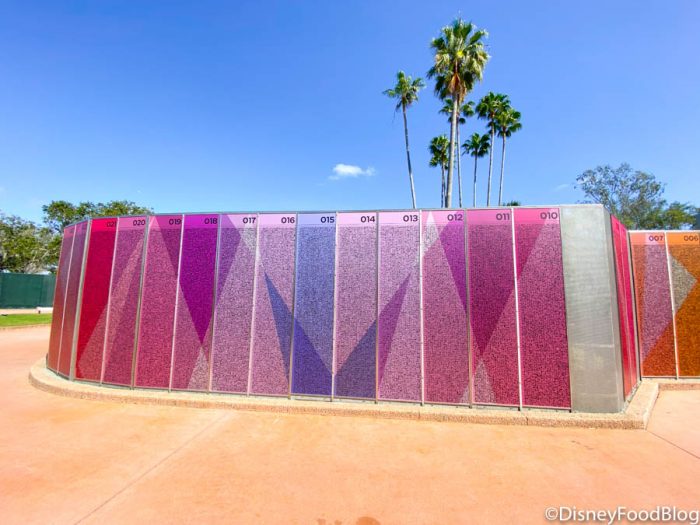 We’ve also seen some additional panels installed over the past few weeks.

Click here to see more about the Leave a Legacy panels!

EPCOT’s new nighttime show, Harmonious, is also coming along. We’ve even seen testing started on it! And there’s now a GIGANTIC ring that water and light will shoot out of during the show in World Showcase Lagoon. 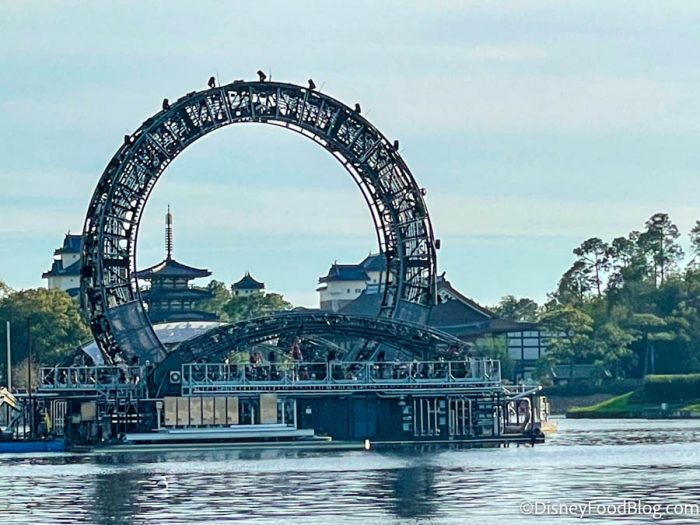 No, that’s not a Stargate << nerd reference, FTW

What’s amazing about the transformation of EPCOT is that it’s not even done yet! There are still several other projects being worked on all around the park. We’ve seen construction progressing, for example, over at the new Guardians of the Galaxy coaster. 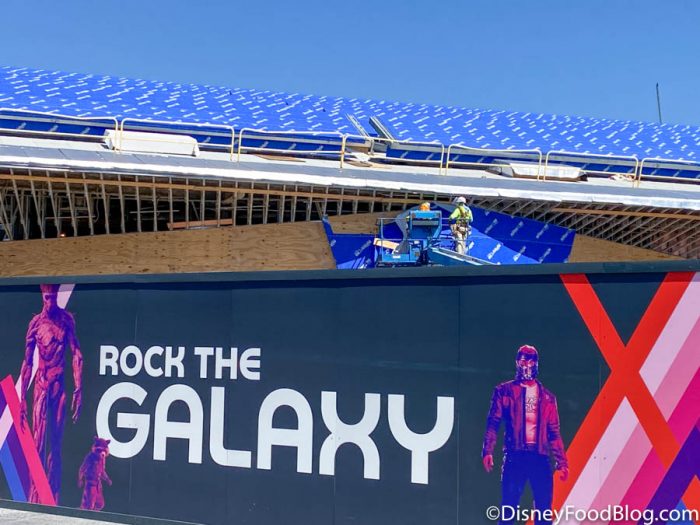 We’re looking forward to seeing everything once it’s all complete!

Click here to learn all about the EPCOT transformation! 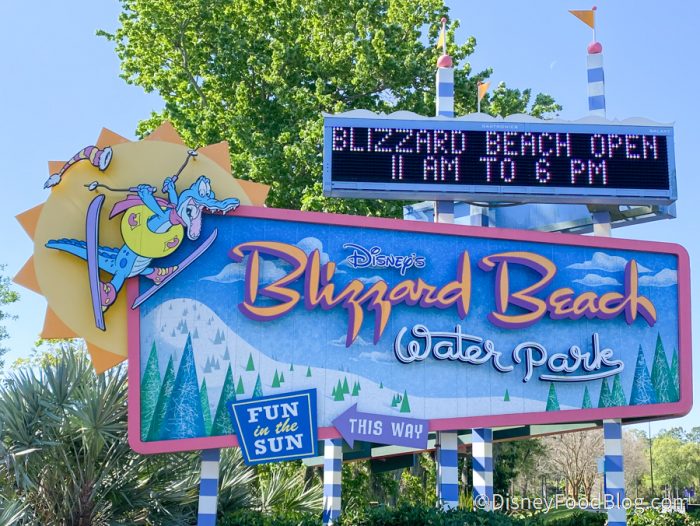 Many of the same health and safety protocols, like temperature screenings, are in place as throughout the rest of the parks. Face masks are required — but they are only required and only allowed in certain parts of the park. 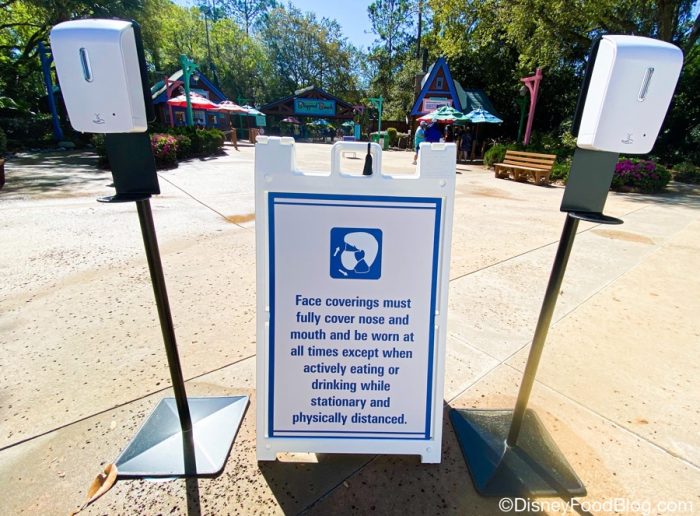 But, we were surprised to see some things in this park — like how the Refill Stations for refillable mugs weren’t manned by Cast Members, as we’ve seen throughout Disney World previously. Instead, here, you take care of your own refills. Of course, that could eventually change. 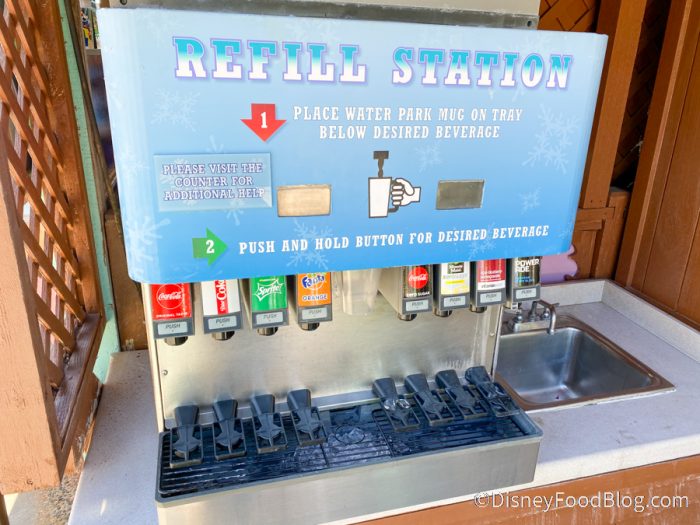 Take care of your own refills? Wha? 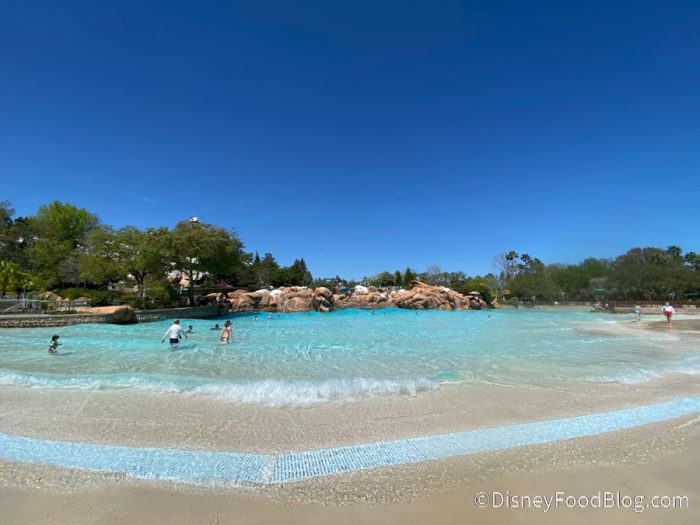 But, if you’ve been craving some time to have fun in the sun, go on water slides, and chill in the lazy river, you can now head to Blizzard Beach to do just that.

Check out our FULL experience at the Blizzard Beach Reopening in Walt Disney World!

So much has already happened in Disney World in the past 3 months (we even got the official opening of Gideon’s Bakehouse and the opening of Everglazed Donuts & Cold Brew), but so much more is still in store for this year. Several restaurants are set to open in 2021, Star Wars: Galactic Starcruiser is set to take us to a galaxy far, far away, and Disney World will start its 50th Anniversary celebrations. We can’t wait to take you along with us as each new project comes to fruition! So stay tuned for lots of videos, photos, and more from Disney World.

Do you have plans to visit Disney World this year? Let us know in the comments!