It seems like Disney World is FILLED with tough choices. 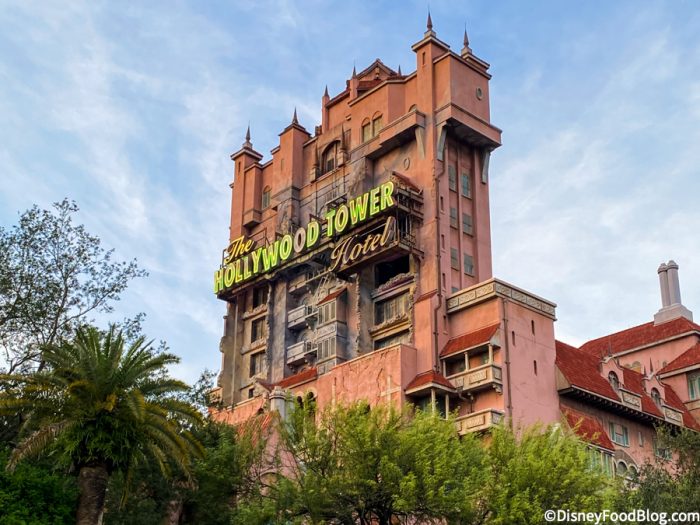 Will you drop into The Twilight Zone?

You’ve got to pick which snacks you want to try, which rides you want to wait in line for, and how you’ll spend that souvenir budget. And sometimes, those decisions can be TRICKY!

So of course, we decided to put our readers on Instagram to the test with a fun game of “Would You Rather.” And the results are kinda surprising!

First up, we asked our readers if they’d rather ONLY eat the food or ONLY ride the rides in Disney World. Yup, we’re starting out tough! 71% of you guys said you’d rather stick with the rides. Wow! 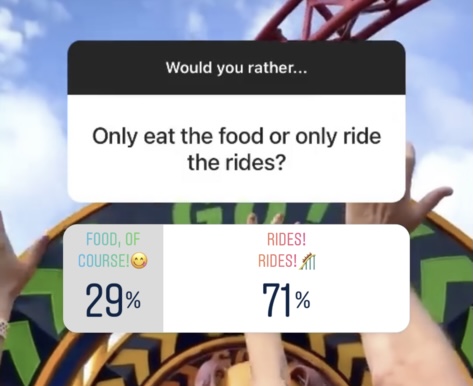 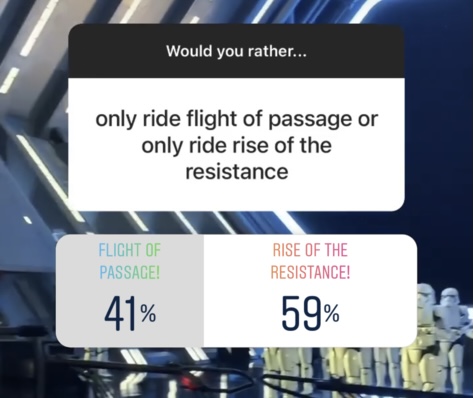 Rise of the Resistance wins!

Now let’s get into some eats! Our readers chose Be Our Guest over Cinderella’s Royal Table… 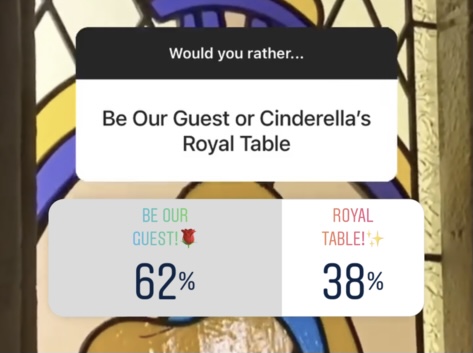 You chose Be Our Guest!

…and Dole Whips over a good ol’ Mickey Bar! In fact, 61% of you voted to NEVER see a Mickey Bar again. 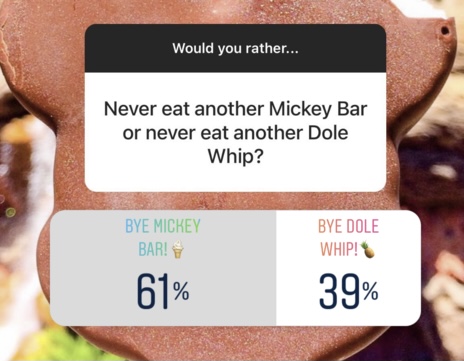 As for sweet vs. savory snacks? That was a tie! We totally get it — talk about tough choices. We couldn’t decide, either! 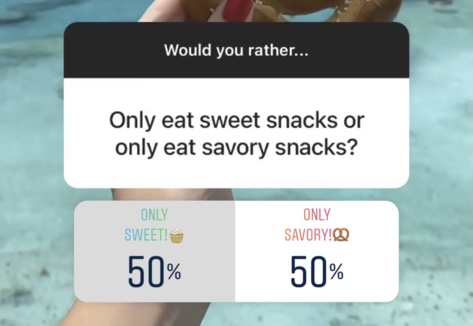 Last up in the food department, you ALSO tied up ‘Ohana’s famous Bread Pudding and Kona Cafe’s Tonga Toast. Guess it’s a toss-up which one you’re craving at any given time! 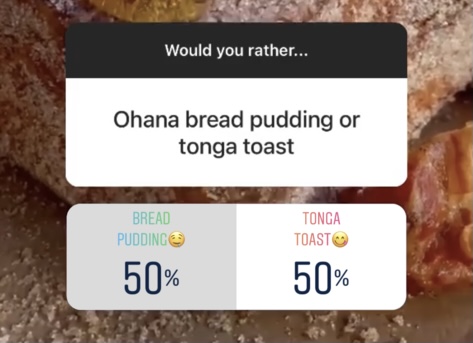 Let’s move on to some park choices! When asked whether they’d rather never go to Magic Kingdom again or ONLY go to Magic Kingdom (no other parks allowed!), 52% of our readers voted to say goodbye to EPCOT, Disney’s Animal Kingdom, and Disney’s Hollywood Studios. WOW is that a statement! 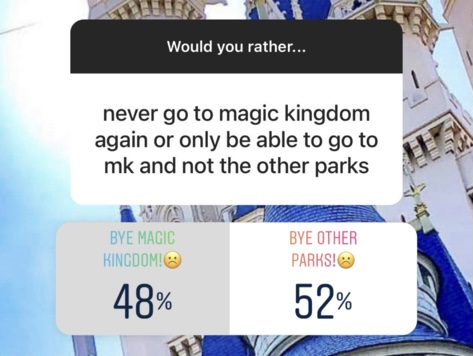 Meanwhile, a whopping 79% of our readers chose to never go to Hollywood Studios again over parting ways with Magic Kingdom. Seems like Disney’s flagship park remains a favorite! 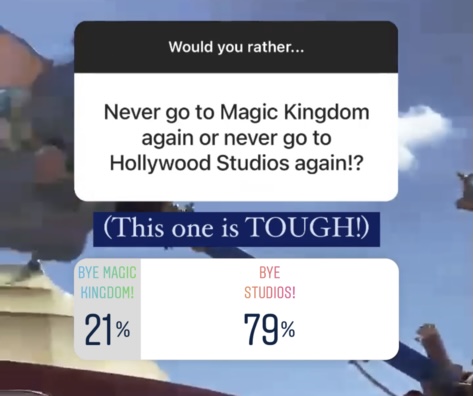 But our readers showed their Hollywood Studios love when they chose Galaxy’s Edge over Pandora in Animal Kingdom! 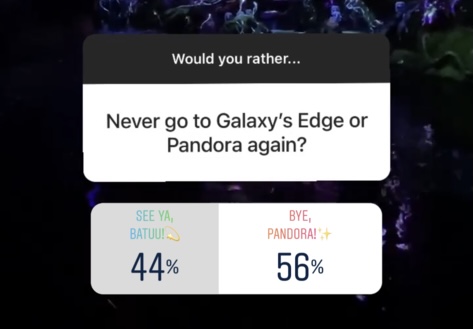 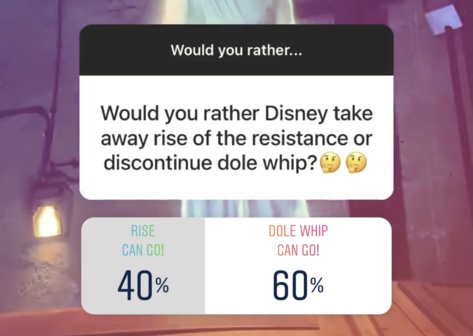 Onto more cheerful topics…do you prefer Halloween or Christmas in Disney World? 64% of our readers opted for Christmas! 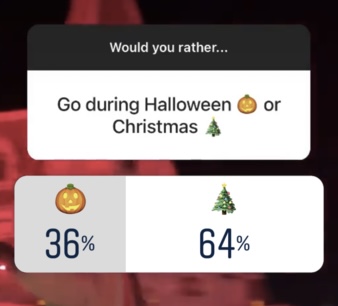 And 75% of you voted to get into Disney for FREE for an entire year over staying 1 night in the coveted Cinderella Castle Suite. 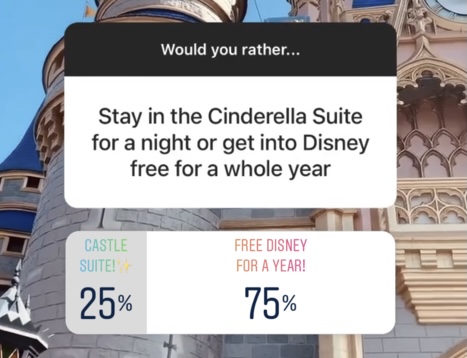 Lastly, we asked our readers if they’d rather NEVER watch a Disney movie or never visit the Disney parks again (ouch!). 84% of you voted to say goodbye to Disney movies and stick with the parks! 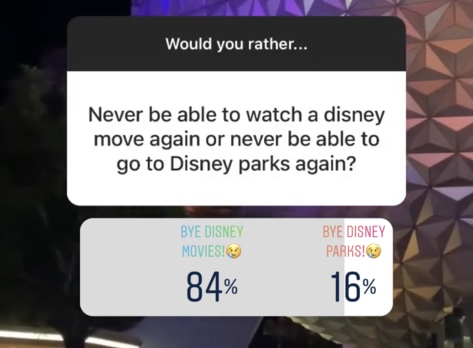 To the parks we go!

Do YOU agree with all these votes? Let us know your thoughts — and any other fun Would You Rather questions you’ve got! And of course, stay tuned to our Instagram stories for plenty more fun polls.

Check Out Another Fun Disney Poll!

How would YOU answer these questions? Let us know in the comments!

« Would You Pay the HEFTY Price Tag for This Cruella Collection?!
Review: The Bloody Haunted Mansion Wedding Cake Is BACK in Disneyland »