Headed to a galaxy far, far away? You’re gonna need a snack! 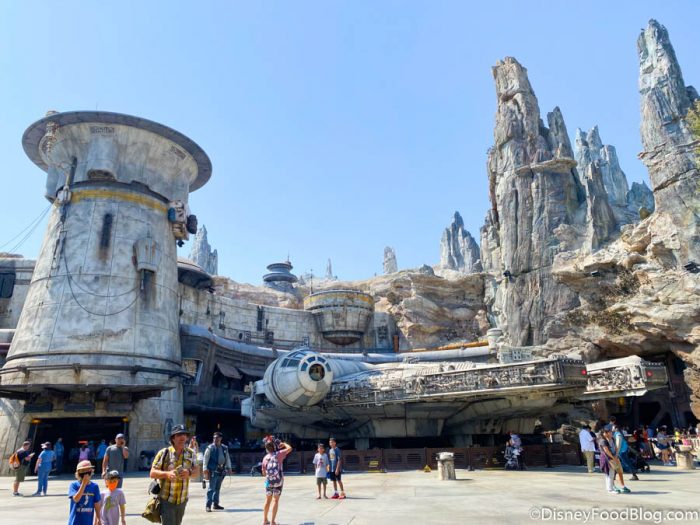 Well lucky for you we’ve got some exciting news about one of the BEST spots to grab a quick bite in Disneyland’s Star Wars: Galaxy’s Edge. Let’s visit a just-reopened Kat Saka’s Kettle!

We’re taking a first look at a reopened Kat Saka’s Kettle (and getting some popcorn too, duh). This spot has been closed since Disneyland reopened (as has its Disney World counterpart) but Cast Members were serving up the snacks once again today! 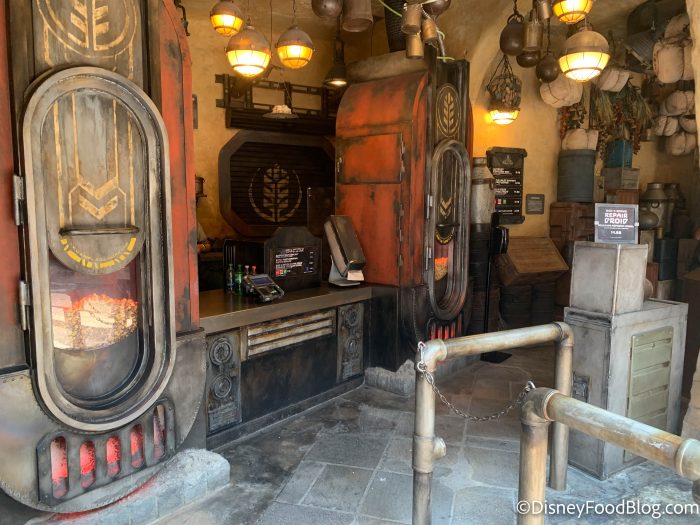 The menu looked about the same, but it did list the NEW menu items that we were not too sure about — Batuu Wilds Banana Popped Grains, aka banana-flavored popcorn. Normally we get the Outpost Mix, but today we had to be daring. 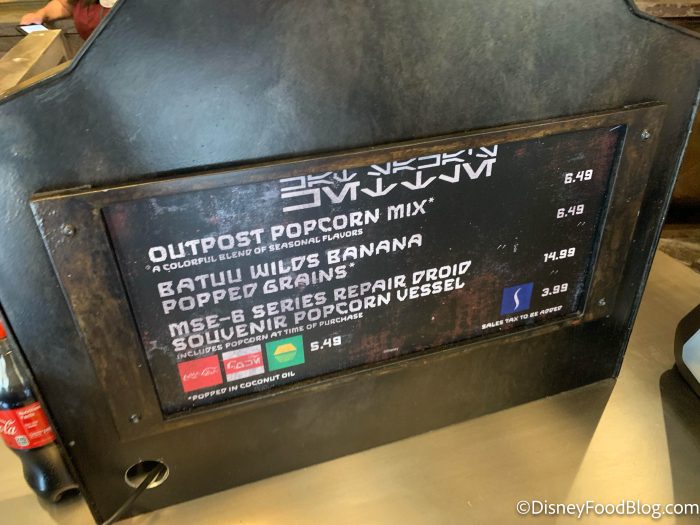 The new Batuu Wilds Banana Popcorn is $6.49. BANANA popcorn?! This is not a typical flavor associated with popcorn…or with space. We weren’t sure what to expect! 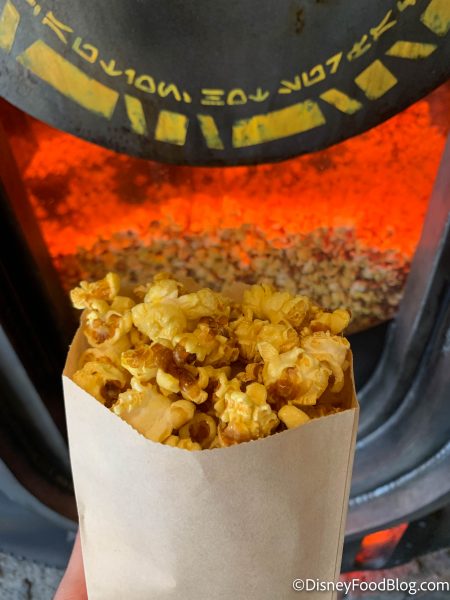 We were surprised, but the banana popcorn was a lot better than we expected! First, we just tasted regular popcorn, but then there was a sweet banana aftertaste. 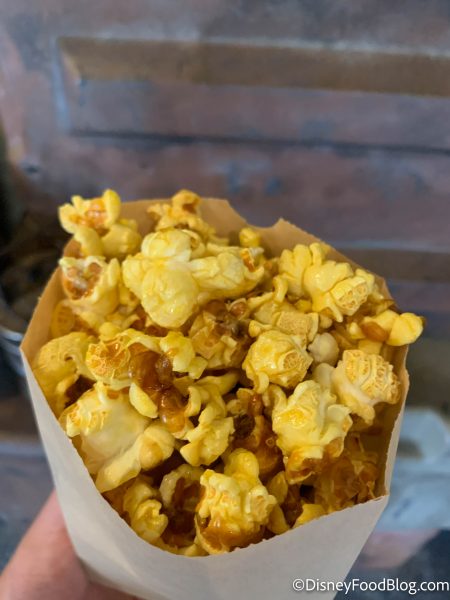 Then we tried a mix of Batuu Wilds Banana Popcorn with the Chocolate Popcorn with Crait Red Salt. Now, THIS was a good popcorn mix. The chocolate and banana flavors were so good together! 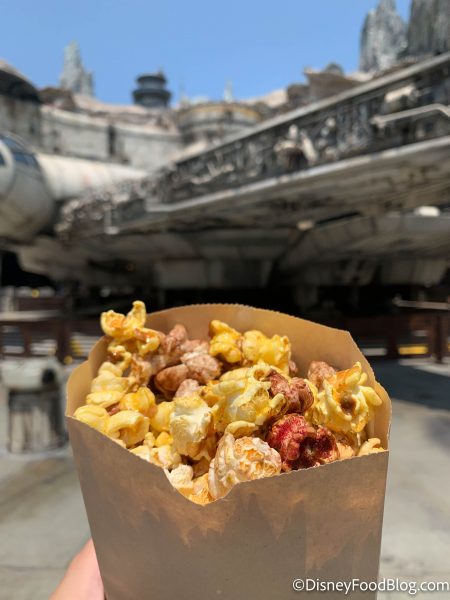 We probably wouldn’t get another bag of JUST the banana popcorn, but the Batuu Wilds Banana Popcorn and Chocolate Popcorn mix was delicious. If you’re a banana person, you might like this unique popcorn flavor! 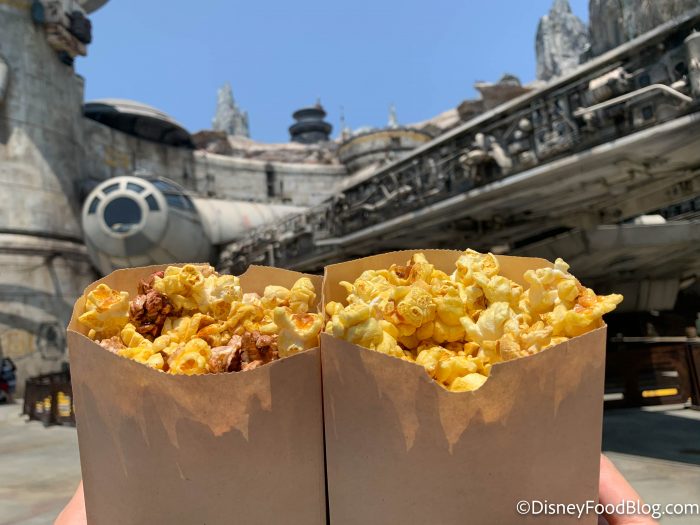 You can also get the MSE-6 Repair Droid souvenir popcorn bucket with your popcorn for $14.99! Or just get a plush Porg to put in your droid, whatever works for you. 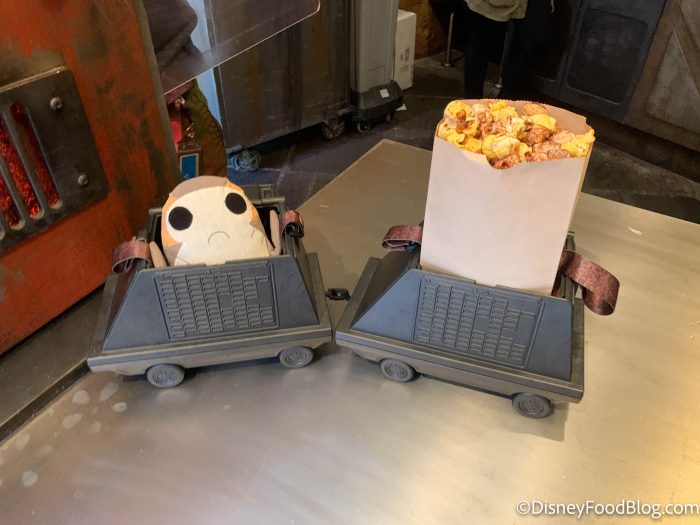 If you need us, we’ll be munchin’ away on our space snacks. Keep an eye on DFB for all the latest updates from Disneyland and beyond!

Will you be visiting a reopened Kat Saka’s? Tell us in the comments!

« NEWS: Disney Cruises to Alaska Might Resume Sooner Than We Thought
NEWS: Thousands of Disney Employees to Be Relocated from California to New Central Florida Campus »