It’s Disney Genie day, everyone! And, we are giving you a FULL look at how the new planning tool is changing Disney World moving forward.

So far, we’ve shared a first look at how to buy Genie+, Individual Attraction Selection, and an unexpected cost. But, we’ve got yet another Disney Genie feature you’ll want to see before your next trip to Disney World!

Disney detailed that the paid Disney Genie+ service would include perks, like exclusive Disney PhotoPass Lenses. And, now that Genie has debuted in the parks, we’ve got a look at these augmented reality lenses available to guests! First, there’s a lens that celebrates the 50th anniversary and covers you in gold sparkles, some of which are Mickey-shaped! 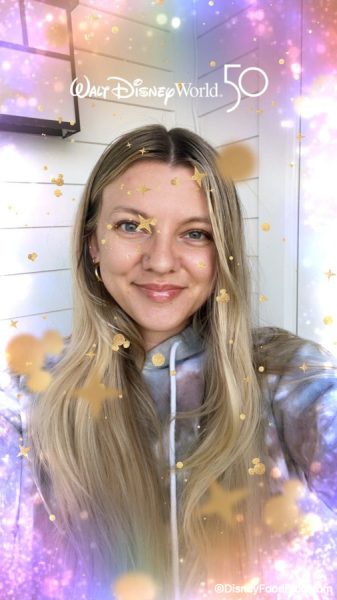 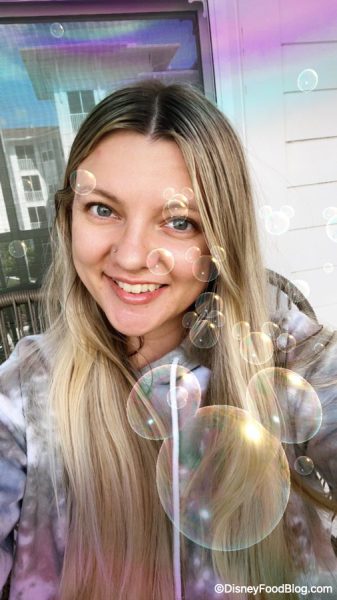 Life is the bubbles

Or, you can become a Mickey-shaped bubble by tapping on the screen. 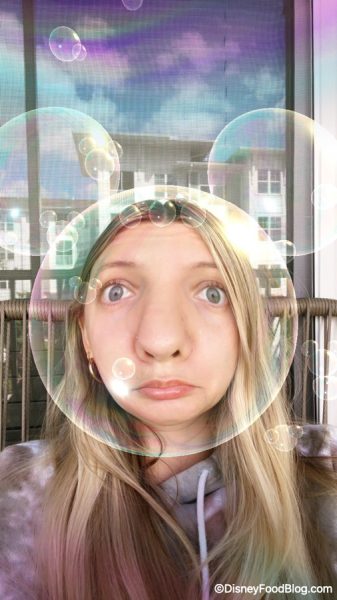 Another fun lens is the collage! Tap on each square to take a different photo. 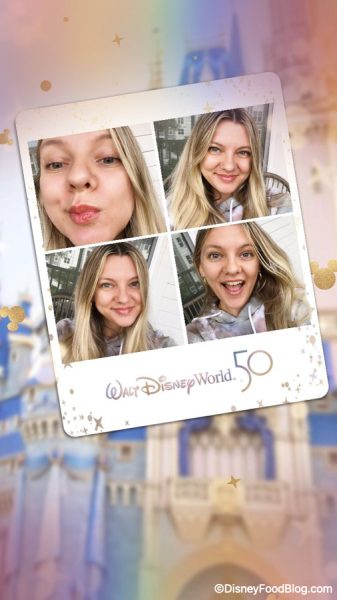 Check out Cinderella Castle in the background

For a little more color, check out the neon lens with Minnie and Mickey! 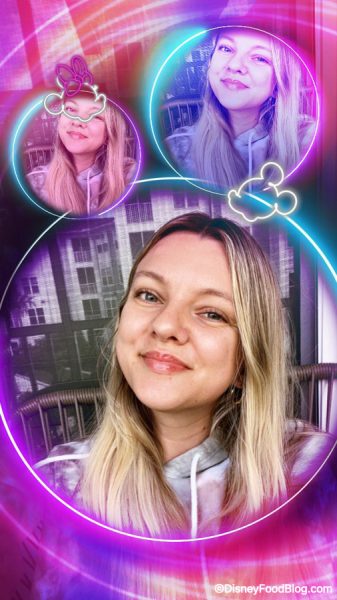 Is this giving anyone else Disney Channel vibes?

You can also have your very own Lady and the Tramp moment with the spaghetti and meatballs lens! 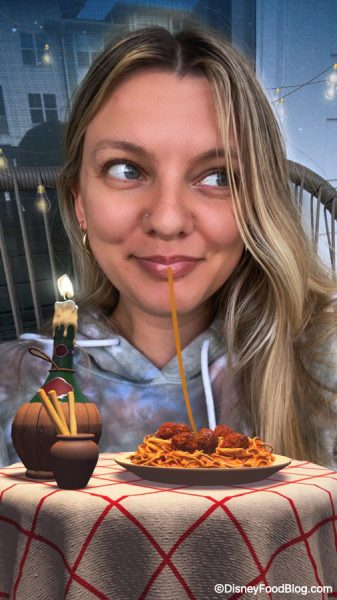 And, the filters aren’t just for humans — your four-legged friends can recreate the movie, too! 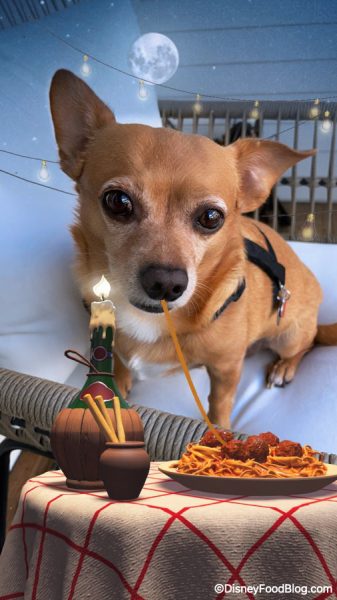 Of course, we also have the Genie! You can actually remove parts of this filter like the beard and the ponytail. 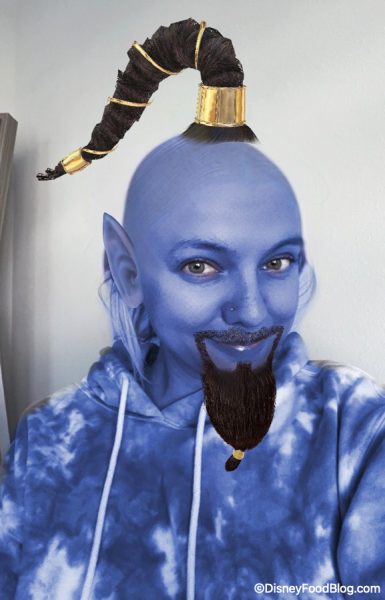 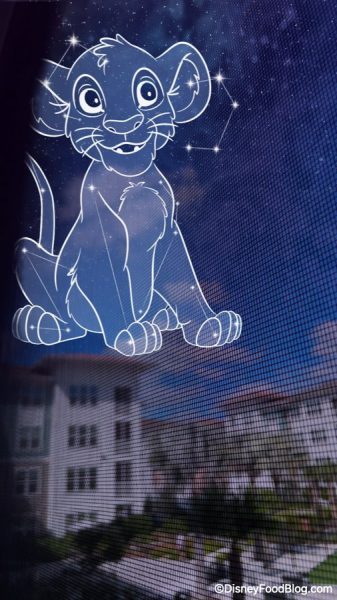 A Mufasa moment for Simba

…and a Buzz Lightyear constellation! 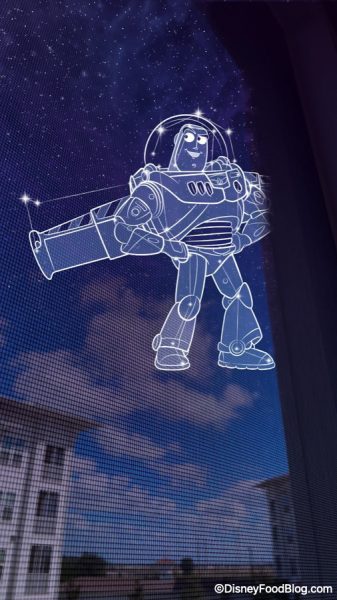 To Infinity, and Beyond!

But, the cool thing is that it’s actually a 360 degree filter, so if you go outside and point it up at the sky, you can see a bunch of different moving constellations as you rotate around. And, it has music to go along with the filter, too! 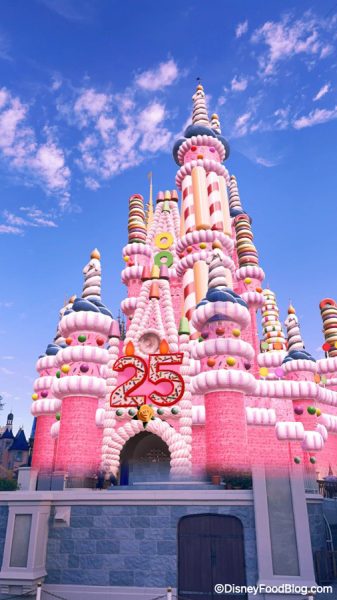 Oh, birthday cake castle, we missed ya (kind of)

It’s important to note that many of these Disney PhotoPass Lenses are available to use around the Disney World property. But, some of them will only be available in specific parts of the park, like one over at Remy’s Ratatouille Adventure in EPCOT’s France Pavilion. 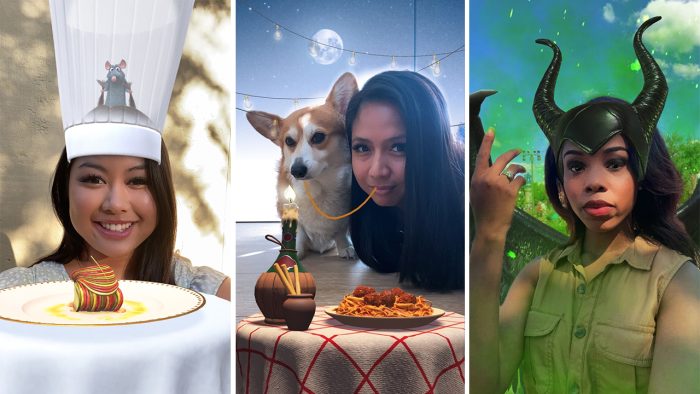 A few of the Disney PhotoPass Lenses will also be available for up to 45 days after your visit with your purchase of Disney Genie+. Stay tuned to DFB as we follow along we continue to use Disney Genie around Disney World!

Will you be using Disney Genie in the parks? Let us know in the comments below!

« 7AM Just Got WAY More Hectic in Disney World
A Full Guide on Using the FREE Version of Disney Genie! »