Disney World’s 50th Anniversary celebration merchandise has proven to be a hot commodity! 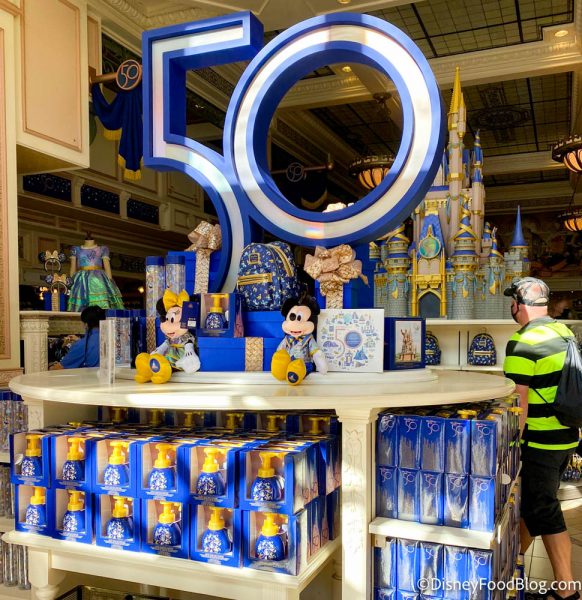 And the combination of Disney World’s 50th celebration, Starbucks, and our favorite purple dragon might just make one of our favorite souvenirs, yet!

A classic souvenir to buy is a Disney mug — they put the “fun” in functional. One of our favorite mug collections is the “Been There” series from Starbucks — there’s one for each park (and you can also collect them for various cities, states, and countries around the world)! We previously found the 50th Anniversary “Been There” Starbucks mugs Hollywood Studios and Animal Kingdom! And now, we’ve spotted them at EPCOT! 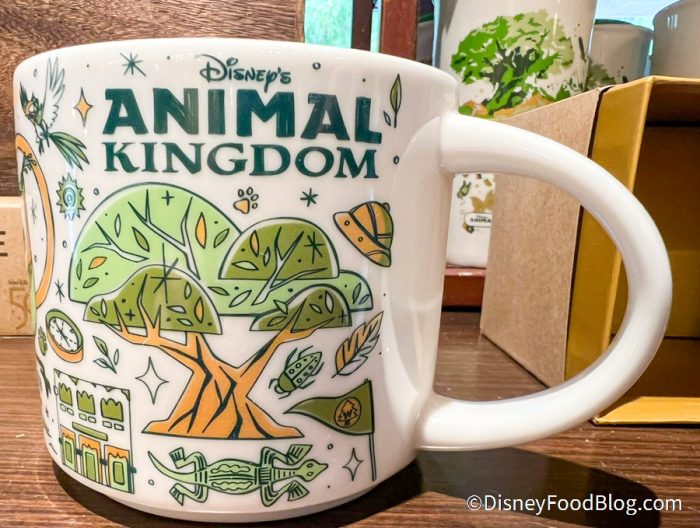 We also spotted the EPCOT Starbucks “Been There” 50th Anniversary Mug at Port of Entry, at the entrance of World Showcase. It’s got Spaceship Earth on it… 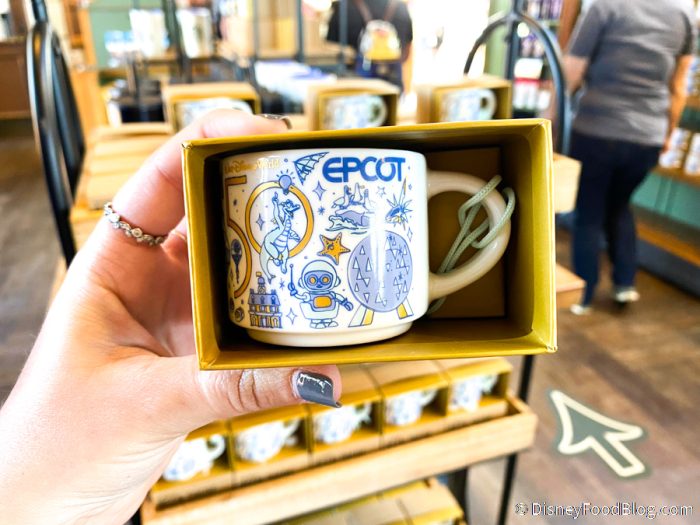 How many EPCOT icons can you spot?

…as well as a big golden “50,” along with some EPCOT friends that might look familiar… 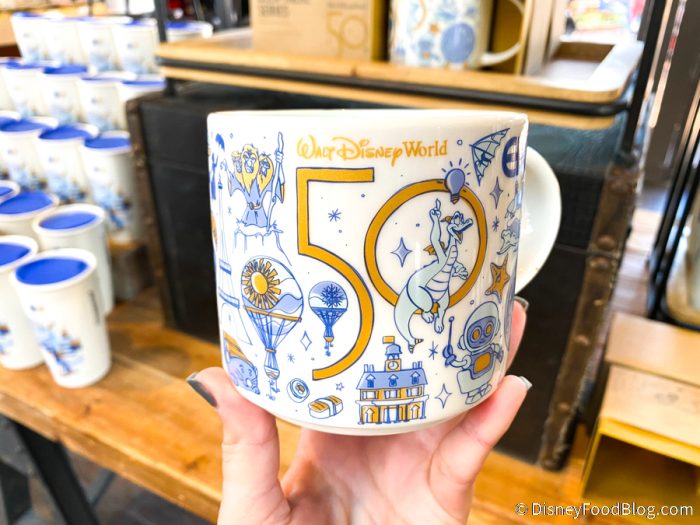 Figment is always so cheerful!

…like FIGMENT! There are also lots of EPCOT icons, like the Eiffel Tower and an attraction vehicle from Remy’s Ratatouille Adventure in the France pavilion, and more. 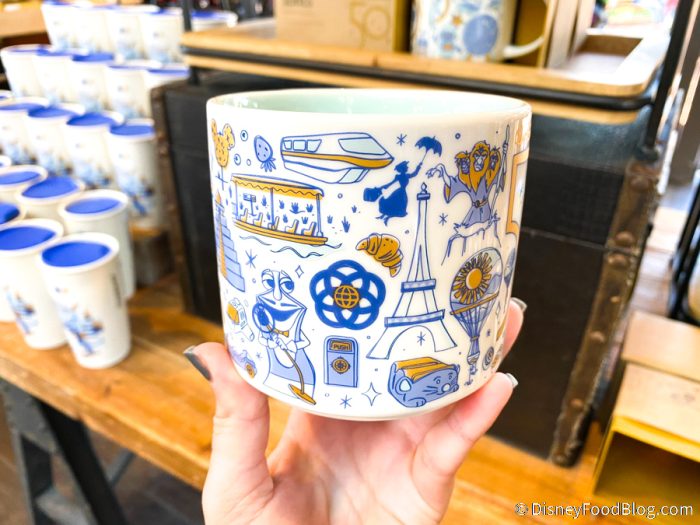 EPCOT icons of the past, present…and future?

And of course, Test Track, and Living with the Land were represented. 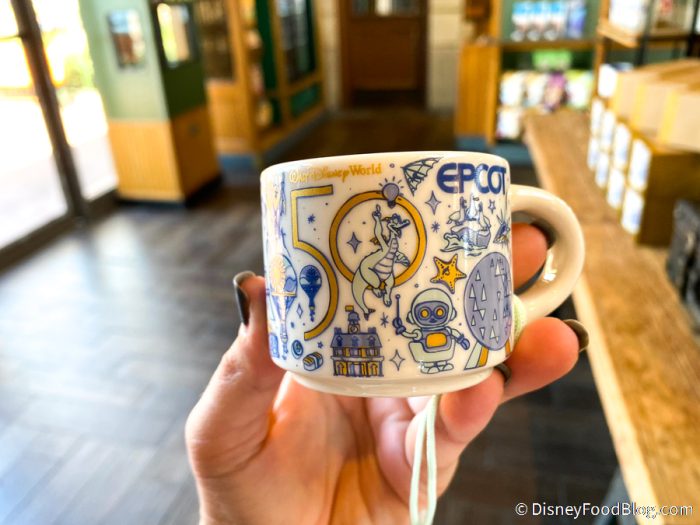 So many friendly faces!

But we also noticed some new features. It looks like Mary Poppin’s silhouette is floating near the Eiffel Tower, and Moana’s canoe is sailing near Mexico’s pyramid. These icons are hopefully positive hints that the transformation of EPCOT that we’ve been anticipating is quickly approaching! Maybe this appearance of Mary Poppins might mean that the Cherry Tree lane expansion to the UK pavilion is still in the works? Last we heard, it and the Spaceship Earth projects had been postponed. And the Moana canoe must be related to the new World Nature neighborhood including the Journey of Water experience. 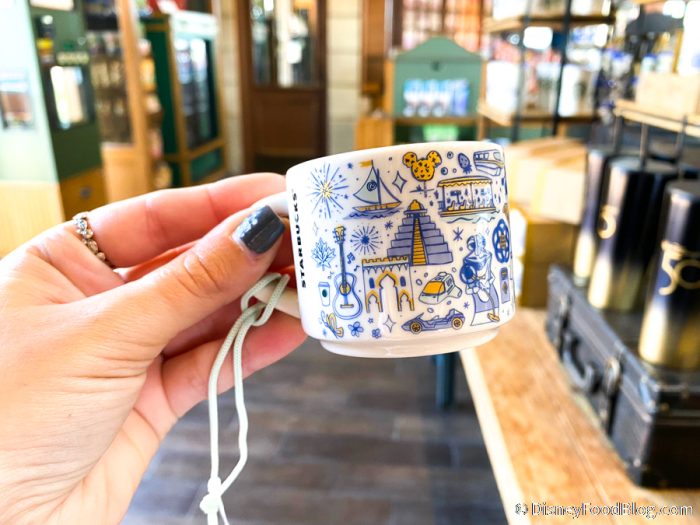 If you like this design, you can also get it as an Ornament, or use this tiny mug for your espresso — there’s no wrong answer here! 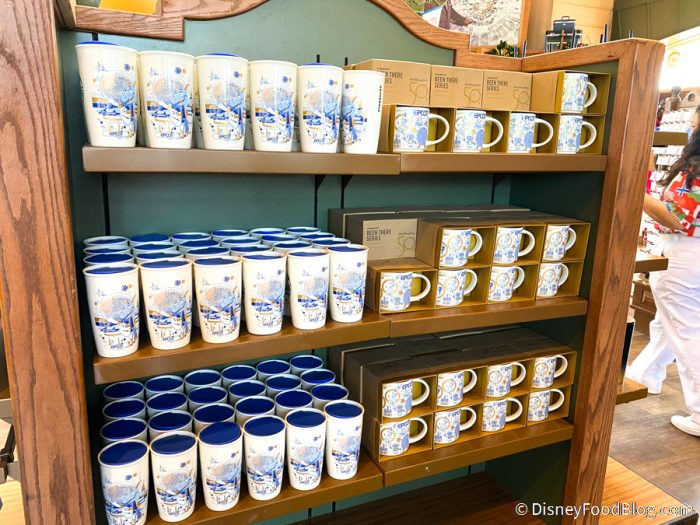 As with the other Starbucks collections, we expect this will sell out soon. So if you are looking to get your hands on one of these items, you may want to scoot on over to EPCOT! We’re excited to see another addition to this Starbucks collection and stay tuned to DFB for more photos and Disney World 50th Anniversary celebration news!

So, What’s Going On With the EPCOT Transformation?! Here’s What We Know!

Do you have any previous versions of the “Been There” Starbucks mugs from Disney World? Let us know in the comments!

« How to Enjoy a Mickey Premium Bar from Disney World WITHOUT the Calories
Disney World’s Fastest Ride Will Be CLOSING Early…Again! »