Over at Disneyland Park, a few rides get a special holiday-themed overlay including Haunted Mansion Holiday and “it’s a small world” holiday. 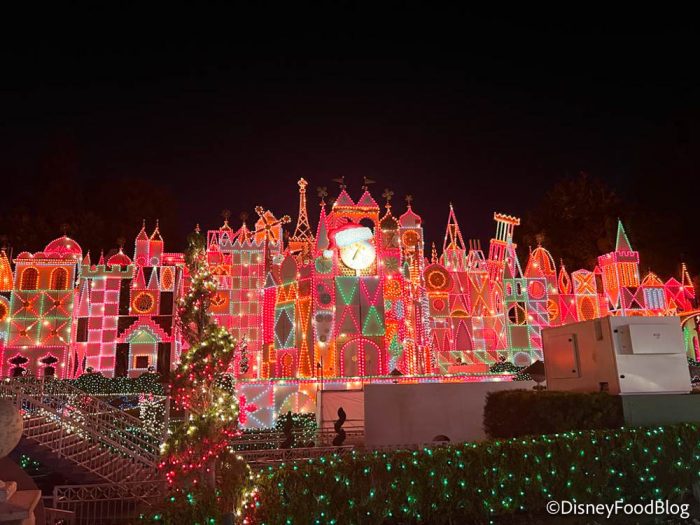 Recently, we got the chance to see the beautiful holiday lights all up on the outside of “it’s a small world.” The ride itself had been closed to make way for the holiday transformation, but that closure got extended due to some flooding. Now, however, it seems the ride could be reopening very soon!

If you look at the regular “it’s a small world” page for Disneyland, you won’t find any upcoming ride times listed… 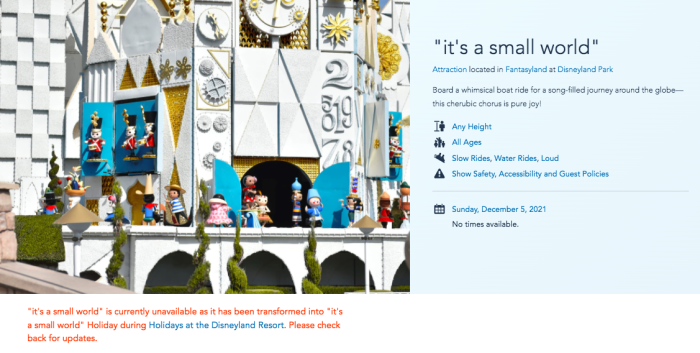 Additionally, a quick look at the Disneyland refurbishment calendar shows “it’s a small world” as being under refurbishment today through December 4th… 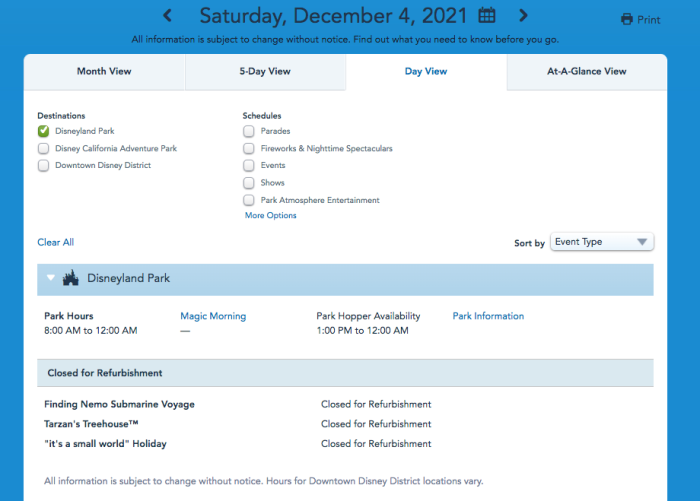 …but the ride is removed from the refurbishment list starting on December 5th. 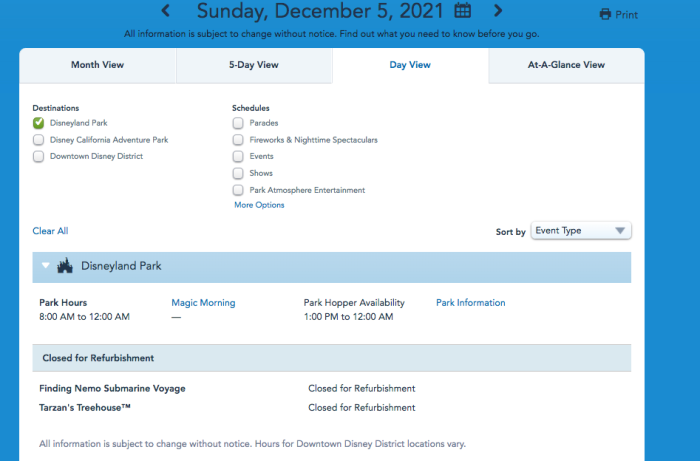 So, it looks like “it’s a small world” holiday could reopen in Disneyland on December 5th! The Orange County Register has also indicated that Disneyland officials have said that the attraction is expected to open next week.

According to the Orange County Register, it took a group of “more than 20 Disneyland departments” to work on repairing and reopening “it’s a small world” in time for Christmas. On the early morning hours of November 10th, the flood took place at the ride. The Orange County Register reports that an underground maintenance room was inundated while the ride was being refilled with water.

Reportedly, the “brains” of the ride were damaged as the electrical equipment and “ride controls that operate the water pumps and load station conveyor belts” were covered in water. 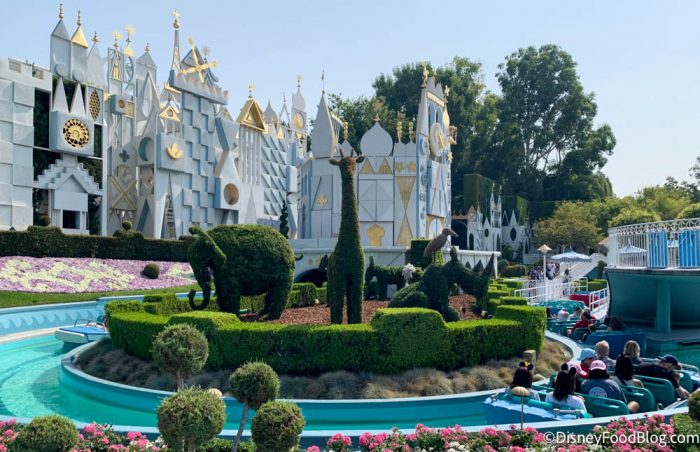 The team drained the water from the room, used a dehumidifier to take out moisture, and then worked on repairing and replacing pieces. One member of the team from Disney noted that they were reaching out to other Small Worlds and rides around the world at various Disney parks to ask for parts they needed. 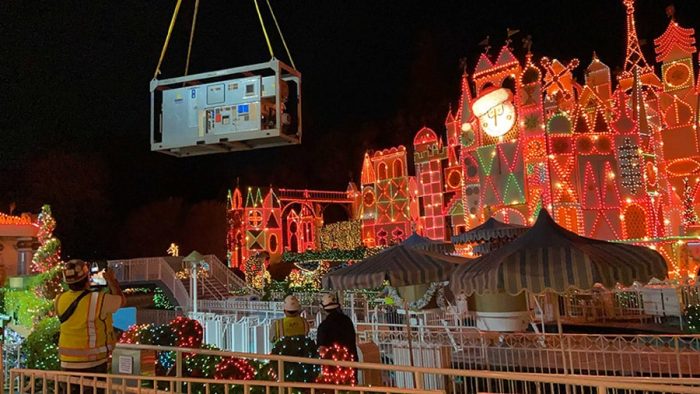 The project, which would have normally taken months to complete, was wrapped up in just a few weeks.

Of course, times and hours are all subject to change. If you’re planning on visiting Disneyland soon and hoping to get on this ride, be sure to check the Disneyland app ahead of time to see if the ride is open and available. 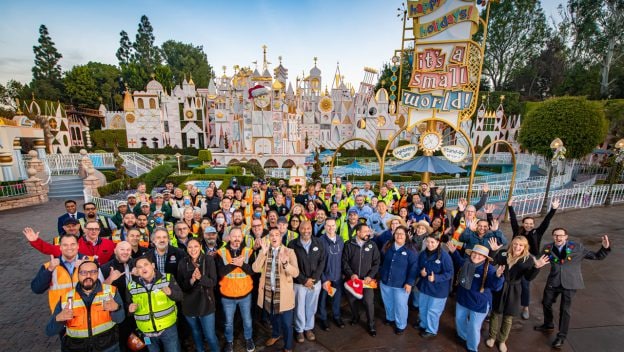 While the ride is amazing to check out during the day with its holiday overlay, you’ll also want to stop by at night to check out those EPIC lights. We’ll keep an eye out for more Disneyland news and let you know what we find.

Click here to see what popular rides will temporarily CLOSE soon in Disneyland!

Have you ever been on “it’s a small world” during the holidays at Disneyland? Tell us in the comments!