With both the 50th Anniversary and the holiday season going on right now, Disney World has a LOT of new snacks and treats. 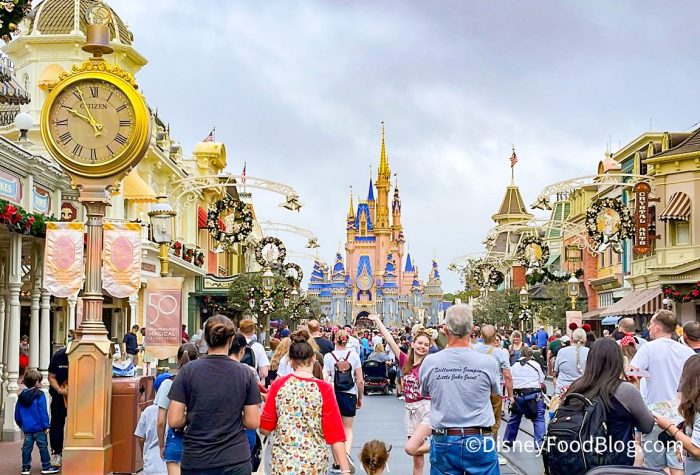 You can get snacks that nod to old Disney World rides for the 50th or grab a festive treat to celebrate the holidays. We’ve already tried a lemon-y sugar cookie snowman, some simply delicious Reindeer Mousse, and even a very large Christmas cookie sundae. Now, we’re heading to the hotels to pick up the newest festive treat in Disney World! 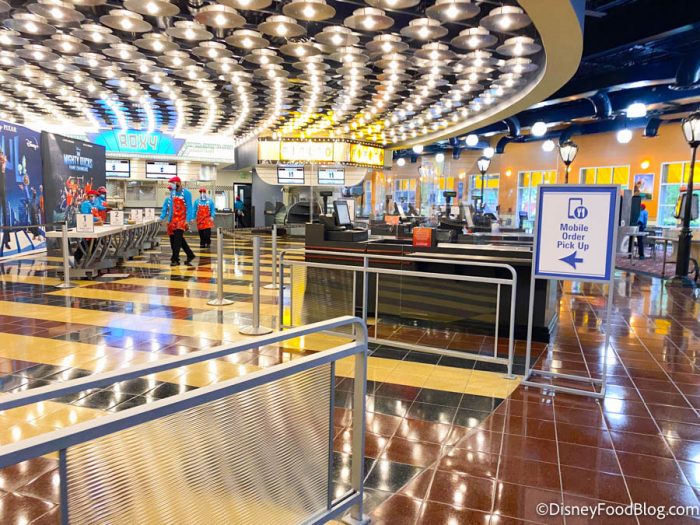 We headed into World Premier Food Court at Disney’s All-Star Movies to get our cupcake and found it nestled away in the refrigerator section for $5.49. You can also order it up on Mobile Order if you’d prefer. 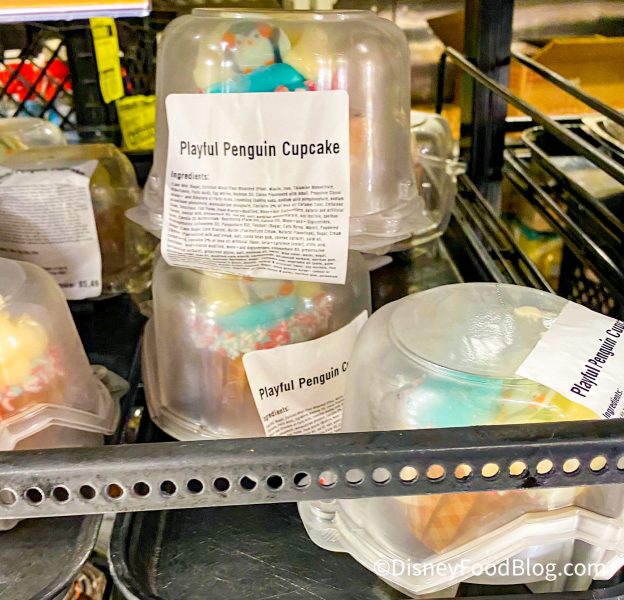 You’ll find this guy in the refrigerator with other sweet treats!

First of all — how adorable is this cupcake?? 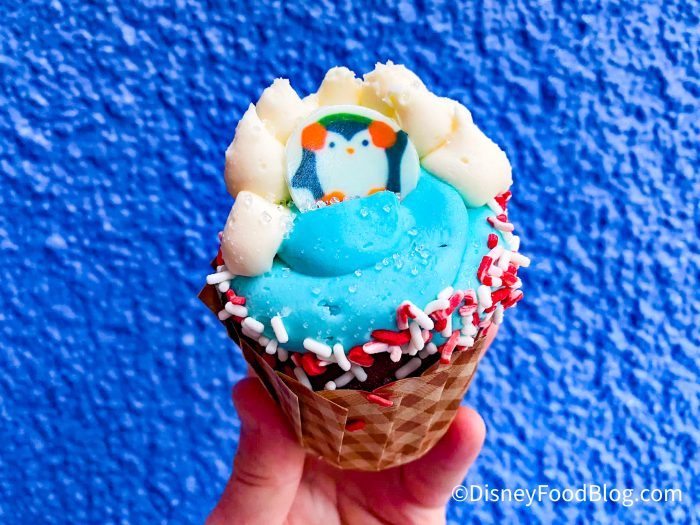 Bring along a friend who thinks this is too cute to eat so you can have it alllll to yourself!

It kind of reminds us of the Menagerie Cupcake over in Disney’s Animal Kingdom, since both are decorated with cute winter animals! But, the flavors of these two treats are very different. 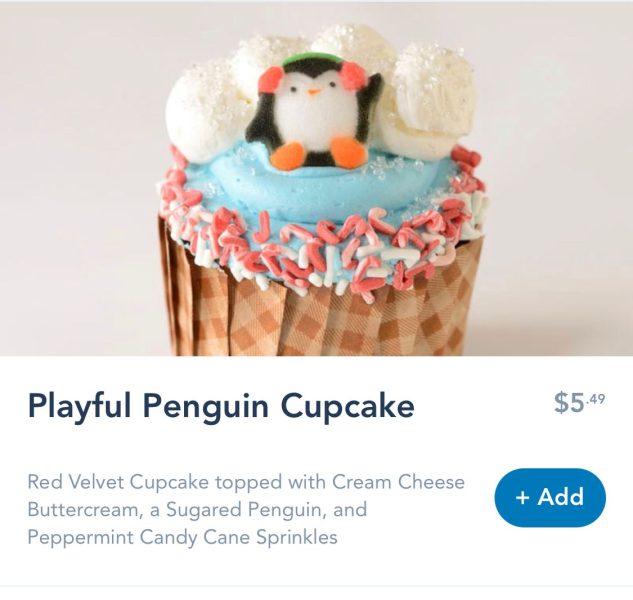 Now, we have to admit ours looked a little different than it was described — the sugared penguin was more of a medallion rather than a cutout and some of the peppermint candy cane sprinkles were not shaped like candy canes on the cupcake that we got. But, hey, we can get past that! 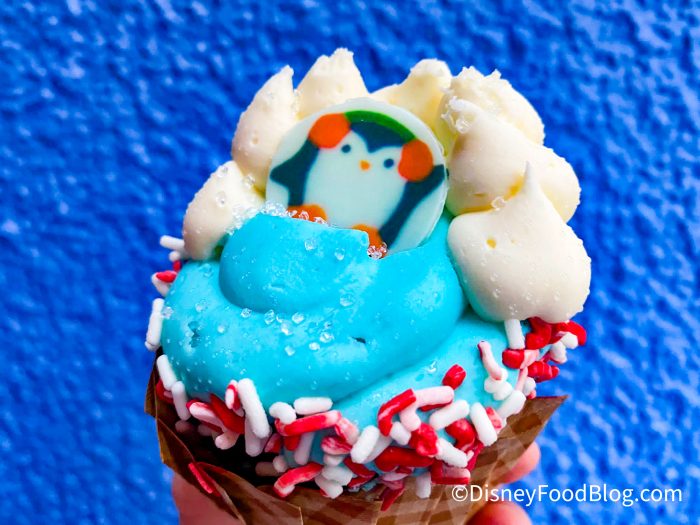 Not exactly as described

Now it’s time to dig in!

If you’ve been following along with us this holiday season, you probably know that we’ve had a lot of vanilla and chocolate-flavored cupcakes, so the red velvet flavor was a very welcome change. And, the candy cane sprinkles added a nice minty taste that put us into the holiday mood. But, when we bit into the center, we were left feeling a little disappointed…there was NO filling. 😞 So, all you’re getting here is a red velvet cupcake — plain and simple. 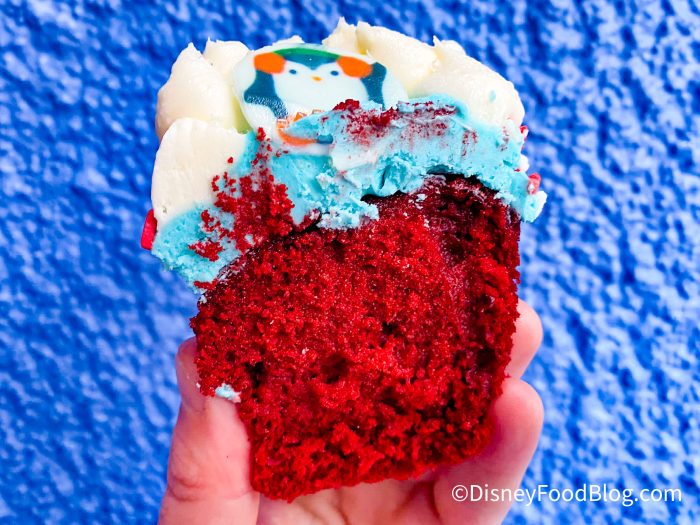 So, if you’re looking for a cupcake that isn’t just your average Disney vanilla or chocolate flavor, then this is certainly one to try this holiday season! But, be warned — you need to enjoy red velvet and mint to like it.

You can get the Playful Penguin Cupcake for $5.49 from now until January 1st. And, if you’re not staying at one of the hotels where this playful cupcake is hiding, you can always use the Skyliner from EPCOT or Disney’s Hollywood Studios to get to Pop Century or Art of Animation pretty quickly. 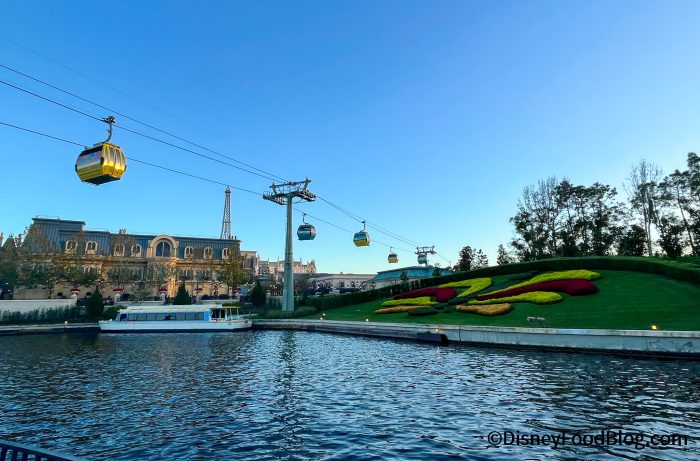 Keep following DFB for more updates on the newest snacks in Disney World!

Which hotel would you visit to find the Playful Penguin Cupcake? Let us know in the comments!

« 10 BIG Challenges Disney Will Face Over the Next 10 Years
If You Love Disney’s Star Wars: Galaxy’s Edge, You Won’t Want to Miss This! »