There is SO much happening around Disney World in 2022 to be excited about. 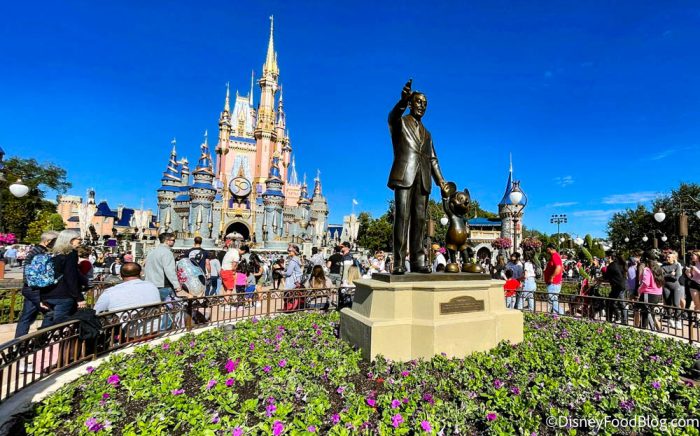 Not only do we have a one-of-a-kind hotel experience to look forward to, there’s also the highly anticipated opening of the TRON ride — and so much more. We’ve been keeping up with the progress of all the construction projects currently taking place around Disney World. Let’s find out if any of these updates will impact your next visit!

Way back in 2017, Disney announced that they would be bringing TRON: Lightcycle Run to the Magic Kingdom! This week, we saw some progress on the canopy part of the structure… 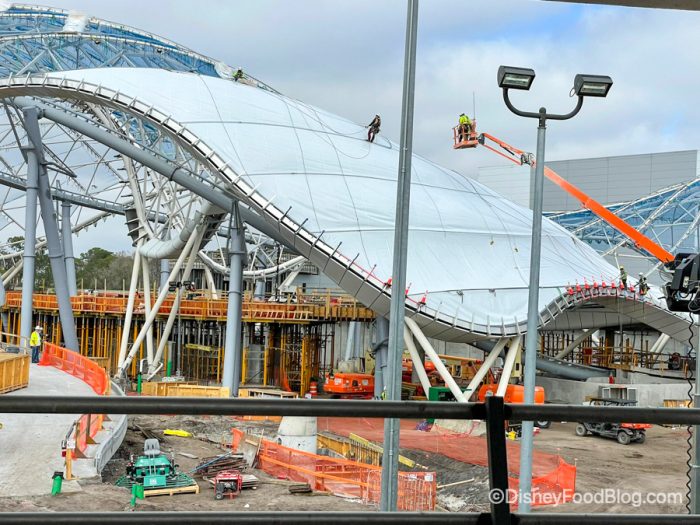 …with crews hard at work on a white covering up top. 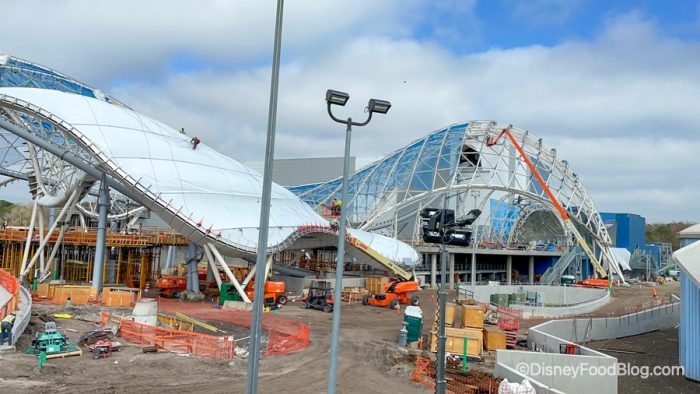 We’re continuing to keep an eye out for updates on this exciting new attraction, so be sure to check back here for more!

Read Everything You Should Know About the TRON Ride Here

The new Guardians of the Galaxy ride has seen some pretty great progress lately, with the Nova Corps Starblaster ship being installed a few weeks ago! This week, we noticed some additional paint details being added to the side of the building. 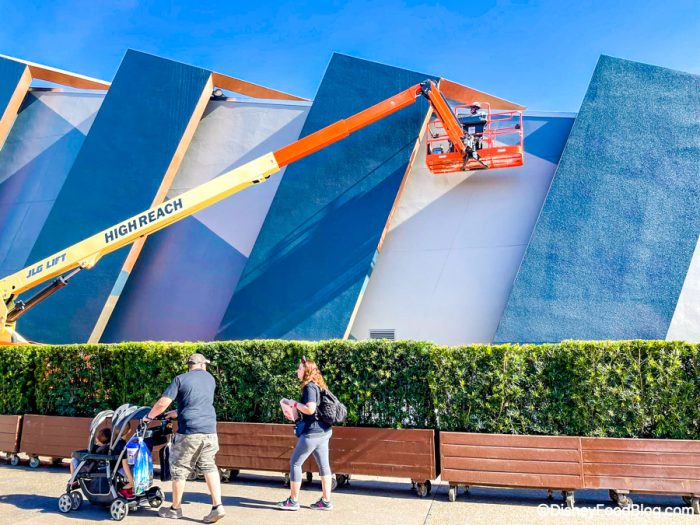 Looks like crews are working on finishing touches of the exterior of the ride, which hopefully means it will open as scheduled. 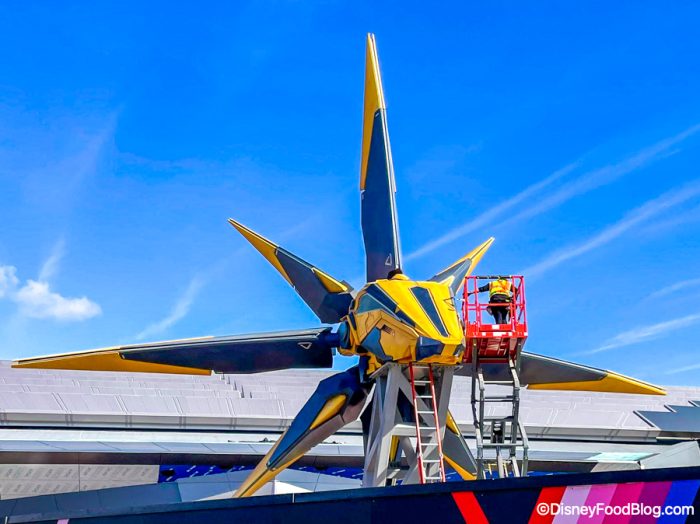 If Disney stays on schedule, we can expect to ride Guardians of the Galaxy: Cosmic Rewind in late summer 2022!

See Our First Look at the Guardians of the Galaxy Ride!

We’re seeing more and more of that familiar green scrim go up around the area near Starbucks! 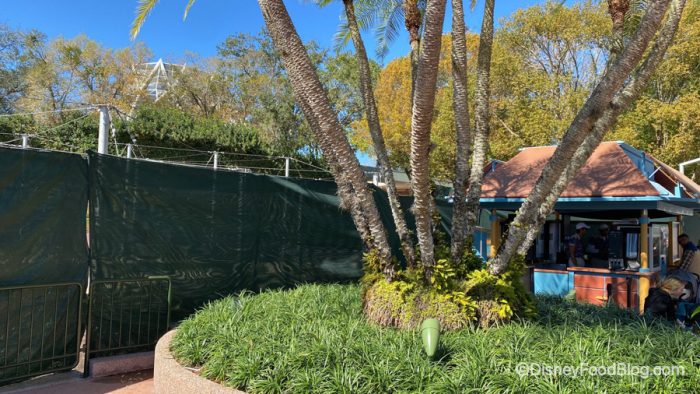 Disney is keeping their plans for this area hush-hush, but as soon as we know something you can be we’ll share it with you!

Things are moving along over in the World Celebration area of EPCOT! We were able to see an area above the fence that appeared to look a lot like the ceiling inside the recently opened Creations Shop! 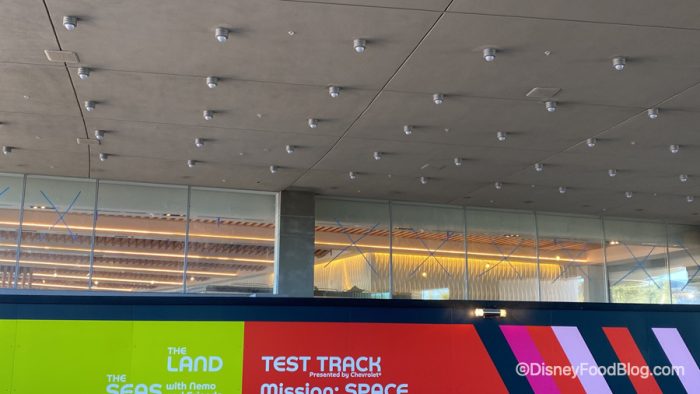 What could Disney be planning for this location?!

We still don’t have any details about when this construction might be finished or what Disney is planning for this location, but we’ll be keeping an eye out for updates!

While we haven’t seen any construction on this shop begin just yet, the doors are still closed to the former Toy Story Mania gift shop. 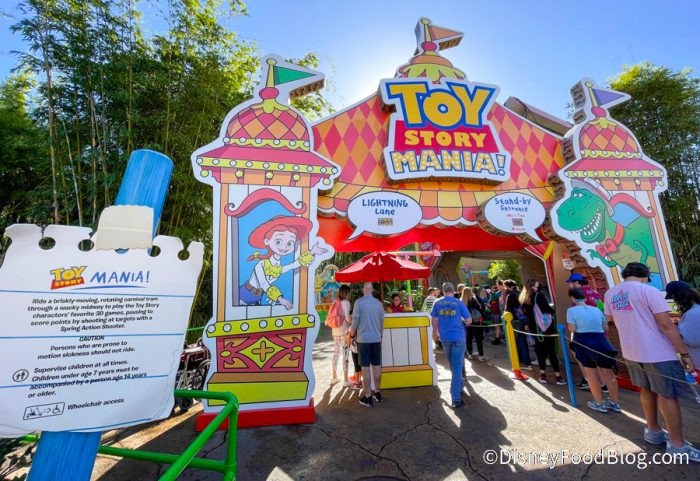 We’ll be keeping close tabs on the status of this project and what might be taking its place!

We are SO happy to report that our good pal Aladar has received a new coat of paint out in front of Dinosaur! 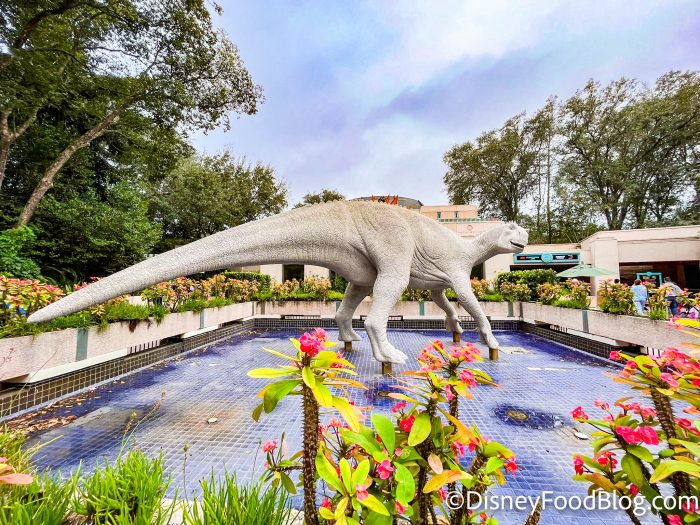 Finally seeing some progress on this guy!

It appears to be an initial coat of primer… 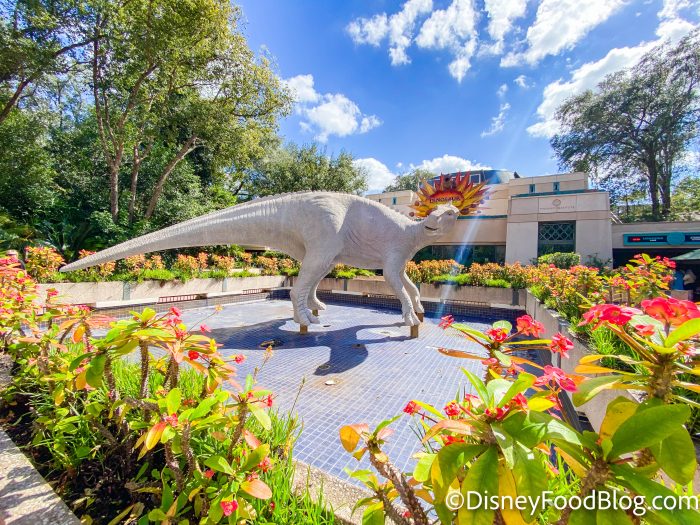 …but we’ll be watching closely to see if he receives any more makeovers, and you can still ride Dinosaur!

The temporary construction walls are still up on the left side of Restaurantosaurus for routine refurbishment. 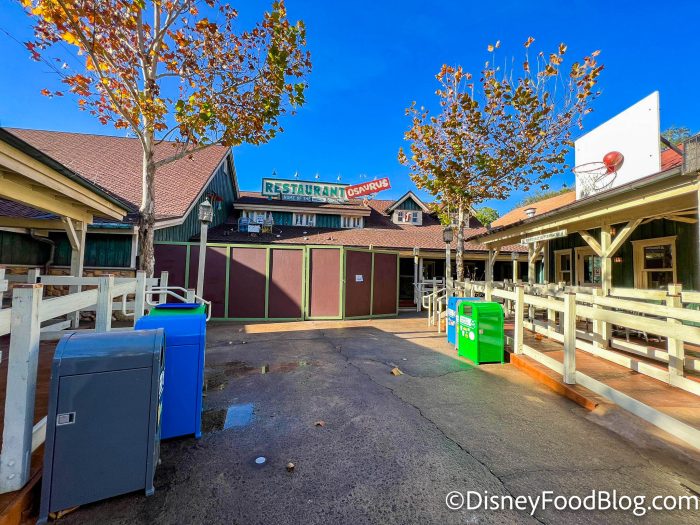 This construction has been going on for a while, and Disney hasn’t given an official expected date of completion — but you can still eat at this counter-service restaurant during the refurb!

Expedition Everest has been closed for routine maintenance and refurbishment since early January. On a recent trip to Disney’s Animal Kingdom, we saw that they were testing the ride!

👀👀 Caught some testing today. It’s still expected to be closed for refurbishment until mid-April. pic.twitter.com/AEUZ8wnzex

The popular Animal Kingdom ride is scheduled to be closed through April 2022.

And that’s it for this week’s construction updates throughout Disney World. Be sure to check back here for all your Disney needs and news!

Click Here to See Everything That Will Be Closed in Disney World in 2022!

Has unexpected construction ever affected your Disney trip? Let us know in the comments!