A big part of Disneyland Park is getting a makeover, and the work has begun! 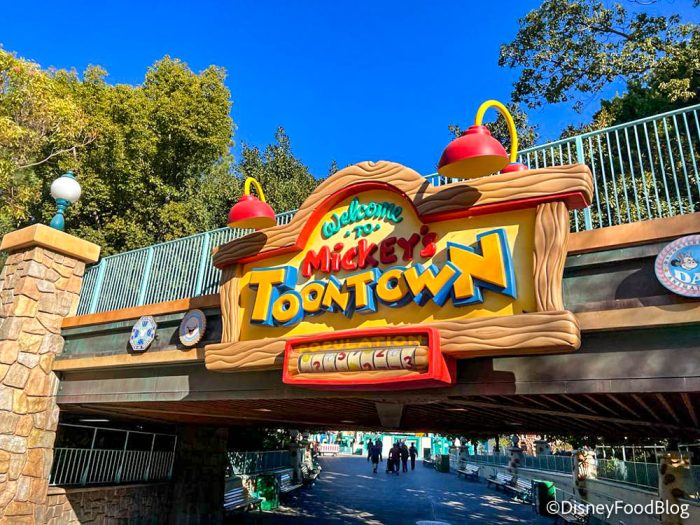 At the end of 2021, we learned that Mickey’s Toontown would be getting a complete reimagining, which requires the area to be completely shut down. The area officially closed on March 9th, 2022, and isn’t expected to open again until early 2023. So, we recently went by to check out the area — let’s see what it looks like right now!

When we walked over to Toontown, we were greeted with these colorful new construction walls blocking off the entrance to the area! The walls featured Mickey, Minnie, Donald, Daisy, Goofy, Pluto, Chip, and Dale. 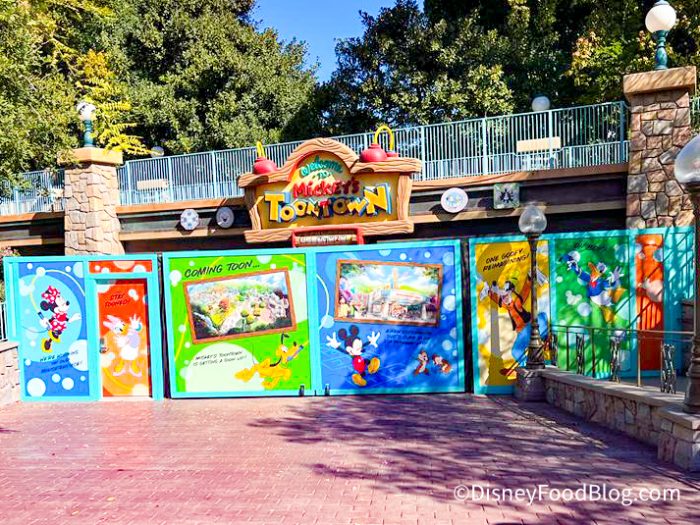 This section of the wall has Minnie and Daisy on it… 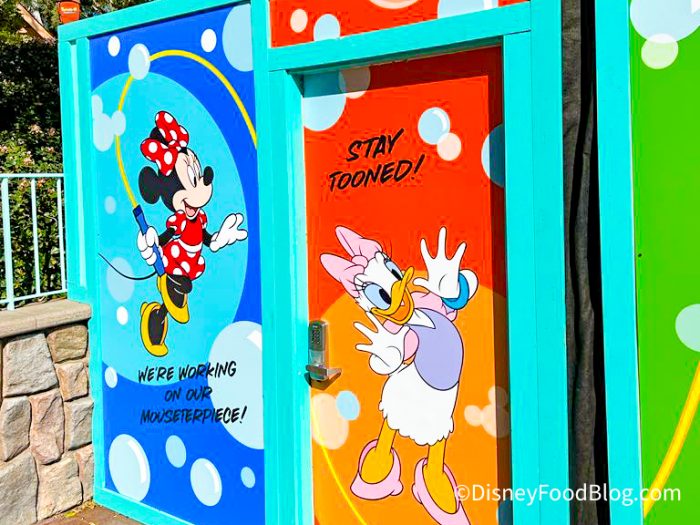 ..and another part of the wall has some of the concept art for what Toontown will look like once the renovation is over! For example, this is what the Disneyland version of Mickey and Minnie’s Runaway Railway is going to look like… 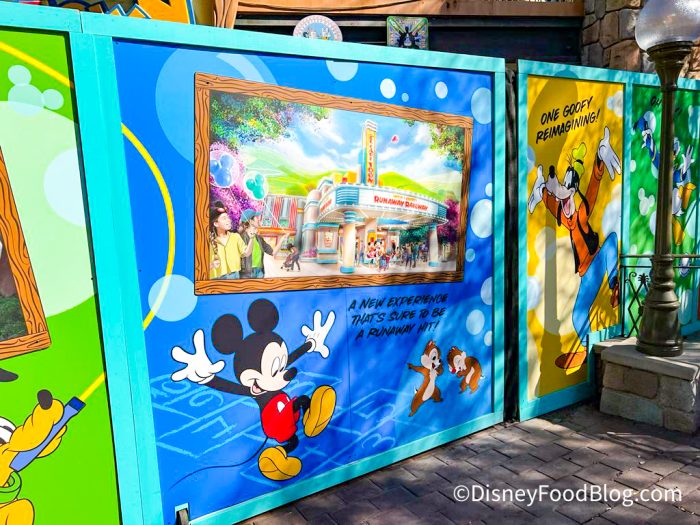 …and here’s what is planned for the rest of the land! 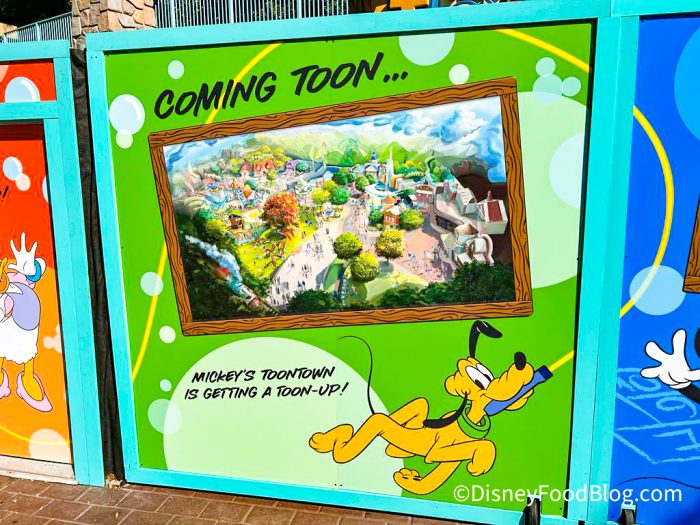 We’ll miss ya, Toontown, but we’re super excited to see everything new that’s coming to this classic area! 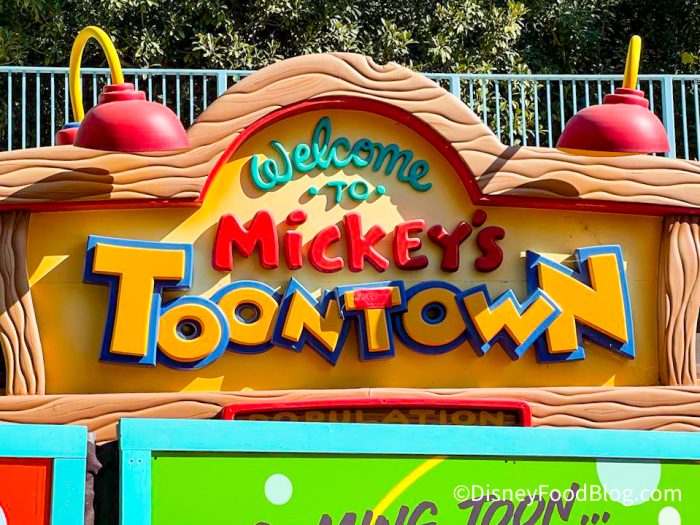 If you’re not familiar, Disney said they’re working to create new, interactive experiences in Toontown so that “families and young children can have more opportunities to play together inside Disneyland park.” Once completed, Toontown will become a “vibrant symphony of sights, sounds, and sensations” with new play experiences, along with open, grassy areas that guests can enjoy. 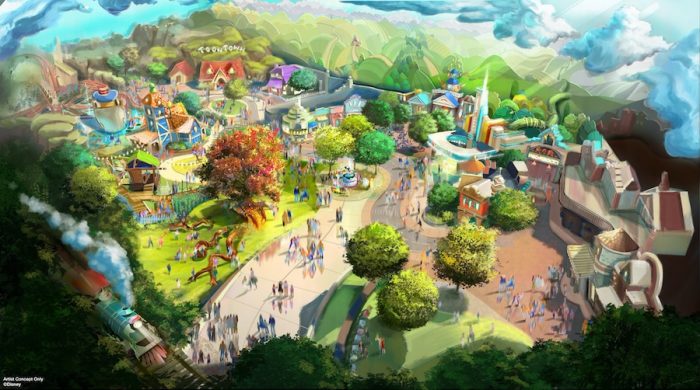 And, coming to the reimagined land is Mickey and Minnie’s Runaway Railway like the one over in Hollywood Studios! This ride has been under construction for a while and shout fit right in with the land. 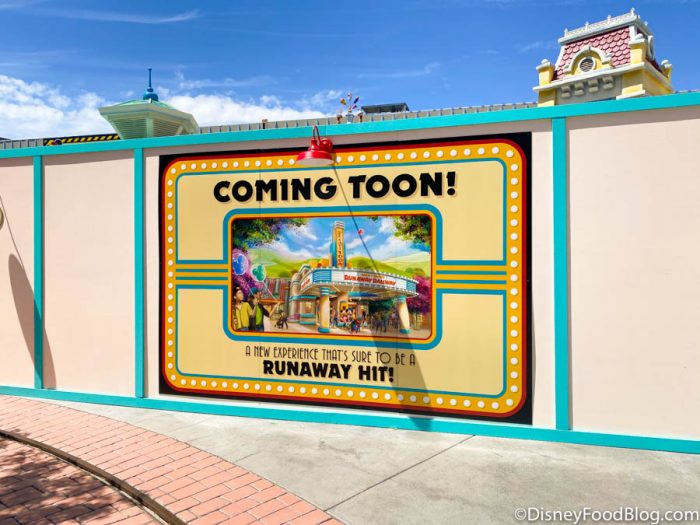 Disney is also transforming part of Toontown into “CenTOONial Park.” This will be the first space you see when you enter the space and it will have 2 interactive play experiences.

In the middle of this new Toontown will be a fountain designed for play that will become an icon for the land. At night, Disney says the “fountain will be brought to life in a unique spectacle.” 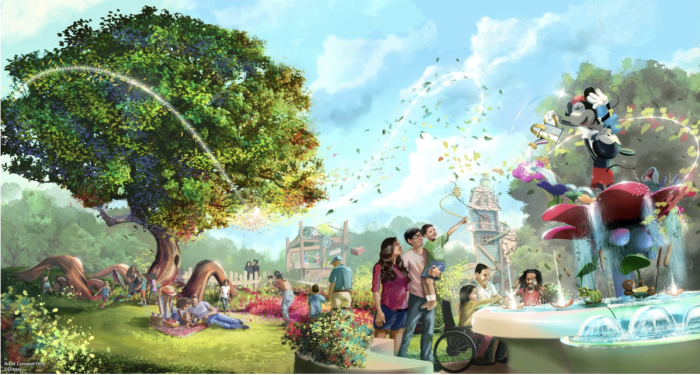 Also, a part of the reimagined land is a new “dreaming tree“ inspired by the tree Walt Disney would daydream under when he was younger in Marceline, Missouri. The tree will have sculpted roots that will give kids the chance to play, crawl, and explore. Are you getting the overall major theme here? It’s play. This whole land will be focused on areas for people to come and play!

But, don’t worry about the characters that you know and love! Mickey, Minnie, Goofy, Donald, and more will still be in the new Toontown. And, Disney also confirmed that the iconic Toontown hills will return! 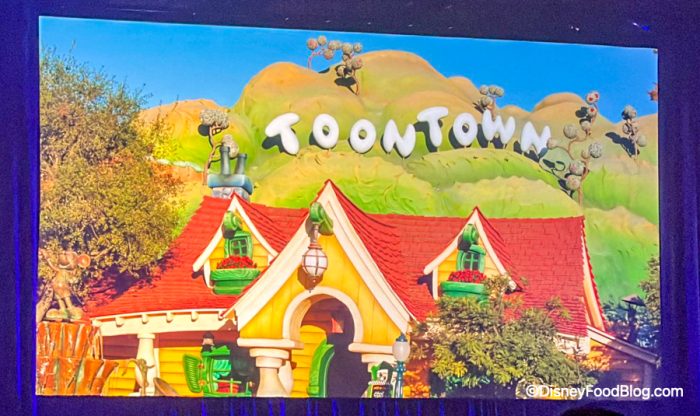 Stay tuned to DFB for more Disneyland news and updates!

Click here to learn more about the Toontown Transformation at Disneyland!

Are you excited for this transformation or do you wish Toontown was staying the same? Let us know in the comments!