The Walt Disney Company and Florida Governor Ron DeSantis have been at odds since Disney opposed Florida’s Parental Rights in Education law (called the “Don’t Say Gay” bill by some). In retaliation, DeSantis threatened to dismantle Disney World’s Reedy Creek Improvement District and was ultimately successful in passing a bill that would do so. This district essentially allowed Disney World to function as its own county government.

The dissolution of the Reedy Creek Improvement District (which takes effect in June 2023) happened quickly and has left many questions about the practical issues that will need to be addressed. For example, who will absorb Disney’s nearly $1 billion in bond debt? Now, Gov. DeSantis has given an update on what might happen once Reedy Creek is gone.

According to the Orlando Sentinel, Governor Ron DeSantis has said that “the state will likely assume control of Disney World’s Reedy Creek Improvement District, rather than local governments absorbing it.” Apparently, DeSantis is working on a proposal that details more specifics on how this will happen.

Reedy Creek will dissolve on June 1st, 2023, and the Florida government hasn’t yet released a specific plan on how this will happen. DeSantis has been adamant that “Central Florida taxpayers will not be forced to absorb the district’s nearly $1 billion in debt,” although he hasn’t released details about how that will be prevented.

In addition, DeSantis said, ““I can tell you this, that debt will not end up going to any of these local governments. It’s not going to go to the state government, either. It’s going to absolutely be dealt with by (Disney and other businesses) that are currently in that district” (ClickOrlando).

However, Florida state law dictates that all assets and liabilities of a district are transferred to the “local general-purpose government” (Orange and Osceola counties in this case) if that district is dissolved. But DeSantis stated that he wouldn’t trust the local governments with the responsibility of running the district: “I’d much rather have the state leading that effort than potentially having local government [in charge]. … I’m worried that they [local officials] would use that as a pretext to raise taxes on people when that’s what they would want to do anyways and then try to blame Reedy Creek. So we’re not going to give them that opportunity.”

Some local leaders, including Orange County Mayor Jerry Demings, have expressed their concerns about the hasty dissolution of the Reedy Creek Improvement District. The Orlando Sentinel noted that Florida lawmakers neglected to conduct an economic study before passing the bill with “only 3 days of consideration.”

The law that will dissolve the Reedy Creek Improvement District also affects 5 other special districts in Florida. Although the districts “can petition the state to be reinstated prior to that dissolution date,” DeSantis has stated that “Disney would not be allowed to self-govern,” implying that a petition for the reinstatement of Reedy Creek would be denied. 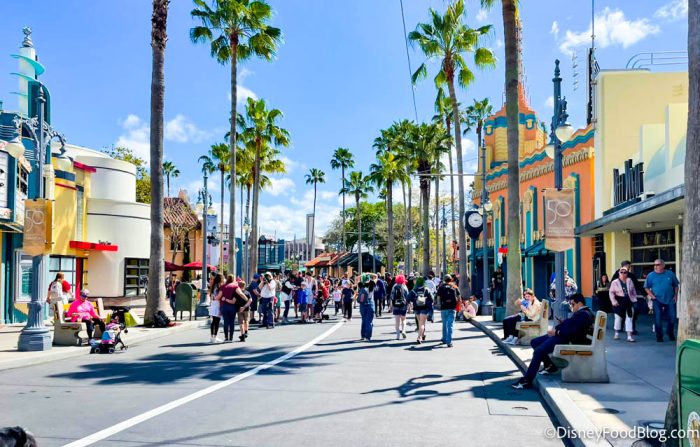 We’ll continue to report on any new developments to this story, so stay tuned with DFB for all the latest updates.

Does the public prefer Gov. DeSantis or Disney? Click here to find out (and you might be surprised).

« PHOTOS: Disney Will Donate 100% of Profits from New Pride Merchandise
Why You SHOULDN’T Stay in a Disney Hotel at Disneyland Resort »