We’ve had our fair share of sweets and treats around Disney World lately, and today we’re heading over to Disney’s Wilderness Lodge for something a little different. 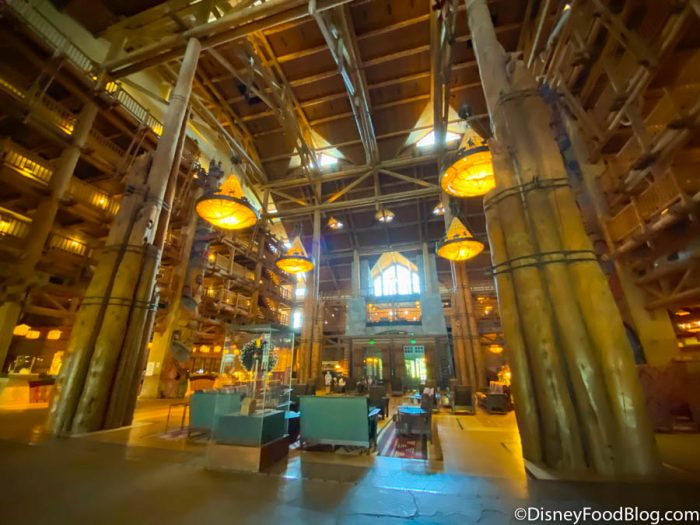 This lobby gets us every time.

Wilderness Lodge has already given us some unique eats this week like some Mickey scrambled eggs, but today we’re having a new treat that fits right in its outdoorsy wheelhouse — it’s time for some s’mores!

END_OF_DOCUMENT_TOKEN_TO_BE_REPLACED

One of the many perks of staying at a Walt Disney World Resort Hotel is that you can easily return to your hotel for a mid-day break and some family time at the pool. Are you prepped to hit the POOL?

To find out what’s happening at your Disney Resort Hotel, stop by the front desk for the monthly Recreation Activities Schedule. And, if you prefer more sedate sunbathing, ask a Disney Cast Member for advice on a quiet spot to lounge. END_OF_DOCUMENT_TOKEN_TO_BE_REPLACED

In the midst of the big Disneyland 60th Celebration, we keep getting surprised with so many fun treats!  On July 1st, the Disneyland Resort introduced a line of S’mores treats that are not to be missed.  There are 4 fantastic new items that include a S’mores Marshmallow Wand, a S’mores Gourmet Caramel Apple, S’mores Bark, & a S’mores Rice Krispy Treat. On a recent trip to Downtown Disney, I visited Marceline’s and END_OF_DOCUMENT_TOKEN_TO_BE_REPLACED You’ll also find a graham cracker-flavored cake underneath the marshmallow topping. But where’s the chocolate? Two places! Inside the cake are hidden a couple of pieces of END_OF_DOCUMENT_TOKEN_TO_BE_REPLACED In honor of those Disney fans heading to Tent Fest in Walt Disney World this weekend, I got the great suggestion to chat a bit about Disney s’mores!

S’mores on Demand
There are two restaurants that currently have fun s’mores desserts on the menu; the first is more of a kid-friendly version, while the second will satisfy any of our many grown-up marshmallow cravings:

Le Cellier’s colorful s’mores-on-a-stick has been a go-to kids’ dessert for years, and it never fails to impress. “Built” with a graham cracker, chocolate, and ice cream base, the “wow” factor comes with a sprinkle-y marshmallow topping it all off.