Alright, level with us Disney. We need answers. How could you do these things that are so TOTALLY unforgivable?!

Disney World is always changing and sometimes that means that some of our FAVORITE things at the park are affected. We get it, it happens. We love us some Disney World and we’ll recover, but WHY did Disney have to make THESE changes!?

RIP The Osborne Family Spectacle of Dancing Lights. Disney’s Hollywood Studios just isn’t the same at Christmastime! The park used to be home to some absolutely spectacular Christmas lights. Literal MILES of lights were strung around the Streets of America section of Hollywood Studios from 1995 allllll the way to 2016. Oh, and the lights? They DANCED. TO. MUSIC. 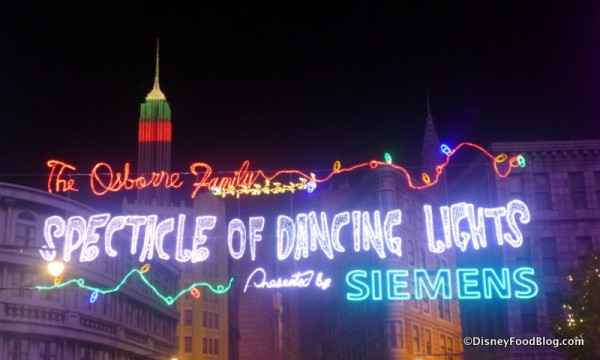 Unfortunately, the lights had to end just prior to the Streets of America section closing for the development of Star Wars: Galaxy’s Edge. Yeah, we get it. It had to happen eventually — OR DID IT??? Look, Disney, all we’re saying is that we’d be pretty happy to waltz beneath a canopy of dancing lights again, OK? It doesn’t matter where or when. WE MISS OUR OSBORNE LIGHTS. 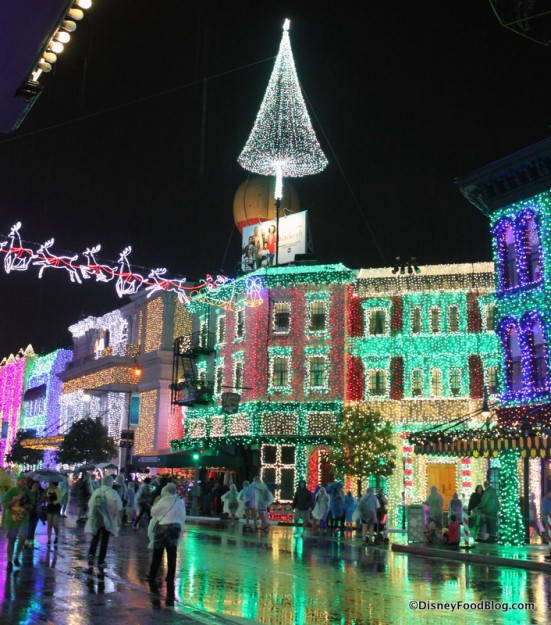 At least we can still get our fix of beautiful Christmas spirit elsewhere. Sunset Seasons Greetings is a fun continuous show in Hollywood Studios each night of the Holiday Season, and Mickey’s Very Merry Christmas Party has the A-MAZ-ING new Minnie’s Wonderful Christmastime Fireworks.

Epcot is reliable holiday favorite with the Festival of the Holidays and Candlelight Processional to enjoy. Plus, there are a TON of new ways to celebrate in Animal Kingdom — last year they debuted park-wide Christmas decorations and PUPPET ANIMALS and entertainment for the first time EVER! I guess we’ll be able to find stuff to do during the holidays without our fav lights. Sigh. But the ache continues in our hearts.

Click here for a look back at the Disney holidays of Christmas past!

2. Getting Rid of Sweet Spells in Disney’s Hollywood Studios and NOT ADDING A NEW CANDY STORE?!?!

You know what Hollywood Studios? We have another bone to pick with you! How could you get rid of Sweet Spells and NOT replace it with another candy store!? We need our candy, okay? Sweet Spells was the go-to spot in the park for all your sweets needs like gourmet apples, Disney fudge, cookies, rice cereal treats, cupcakes, and more — and it’s been GONE since 2018 with no replacement. The audacity! 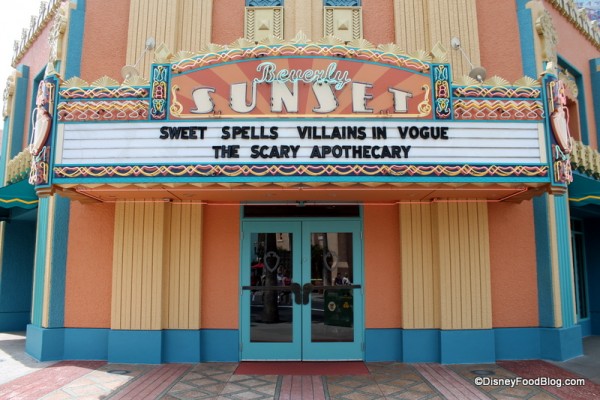 The spot where Sweet Spells resided is now a shop selling primarily Pixar merch. Pixar swag is good and all but it’s not as good as CANDY. We could maybe forgive this one if they had opened another candy shop in Hollywood Studios, but they didn’t. And now Disney guests are candy-less when they’re wandering the Studios. Who ever heard of a Disney park without krispie treats?!? 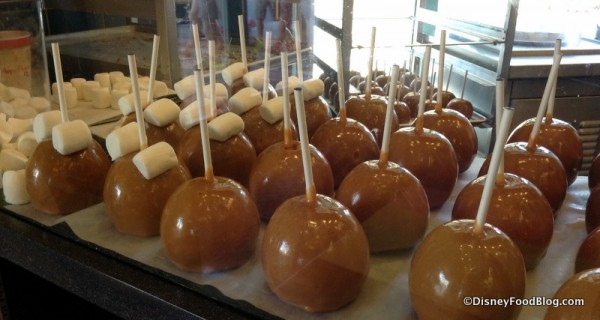 You can still get your sweets fix in Hollywood Studios, just maybe not quite the same way! There are always awesome ice cream concoctions at Hollywood Scoops or Dinosaur Gertie’s Ice Cream of Extinction or 50’s Prime Time Cafe. Plus, you can still find the OG Carrot Cake Cookie from Writer’s Stop (it lived at Sweet Spells for a while!) over at Trolley Car Cafe. But is it the same as having a FULL candy store? No, not it’s not.

And last but certainly not least: How could we EVER forgive the fact that Main Street Electrical Parade is gone for good? Wait, we know the answer to that. We CAN’T!

Main Street Electrical Parade featured impressive, light-covered floats like a Casey Jr. Train Dumbo float, a Cinderella float, and even a Pete’s Dragon float! With Main Street Electrical and similarly styled SpectroMagic running since the 70’s, generations of guests grew attached to these parades and made them beloved parts of their trip they looked forward to. 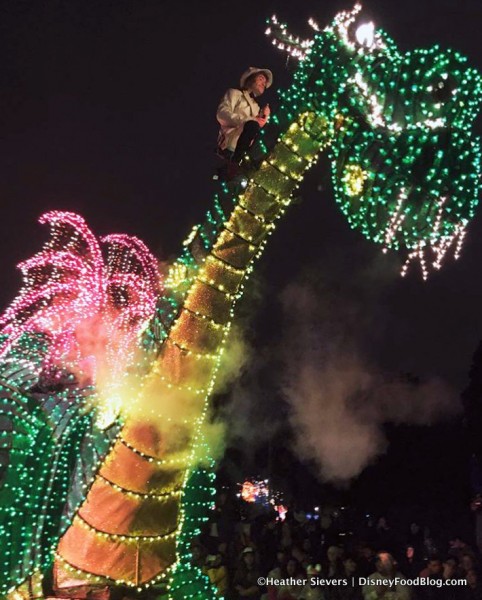 Our main issue here is that there are now NO MORE nighttime parades during the regular park day in Disney World. The daytime parades are cool and all but there’s something really special about seeing all of the awesome lighting effects that come with a nighttime parade. 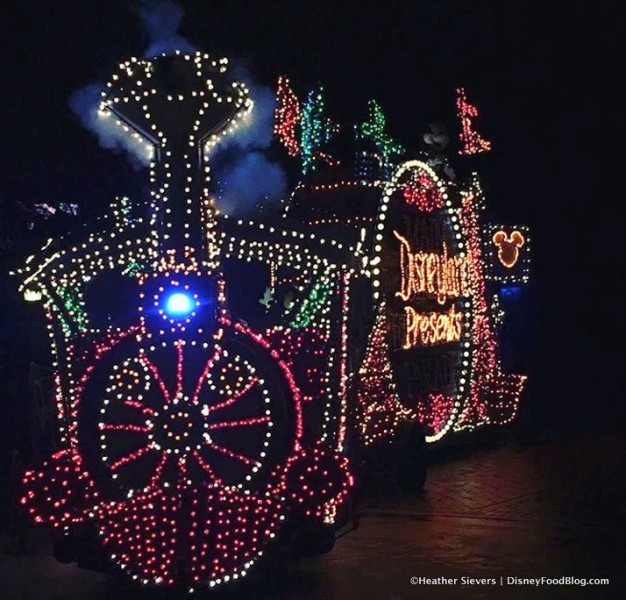 Now, luckily, there is actually a special way to still catch a nighttime parade in Disney World, but you’ll have to head to a separately ticketed event. 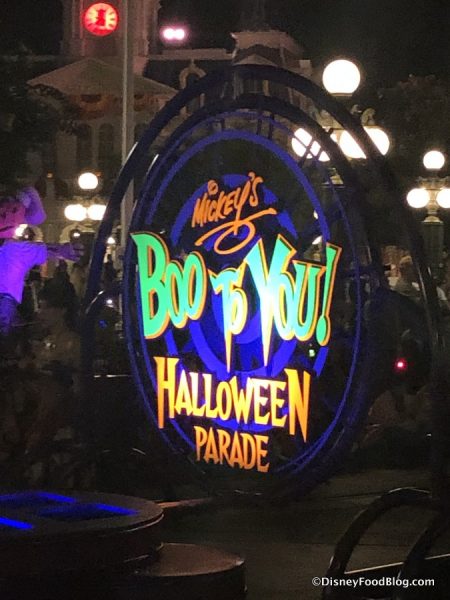 Boo to You Parade

These parades are great and all, but it’s just not the same. Meanwhile over in Disneyland, did you know they have not one but 2 nighttime parades that are currently NOT in use?! The Main Street Electrical Parade (which had a short comeback in Disneyland and is now stored there) AND the insanely cool Paint the Night parades both still reside at Disneyland, yet both are currently not in use. What is UP?

Want to make sure you’re ready for all the upcoming changes in Disney World? Click here!

So, you see? There are definitely some things that Disney has done that we just can’t bring ourselves to forgive. We still love ya, Disney World, but we REALLY loved these things in the parks, too! With so much always evolving in Disney World, maybe they’ll find a way to make it up to us.😉

What changes do you think are unforgivable in Disney World? Tell us in the comments!

« Learn How You Can Help Communities in Need By Eating Sprinkles Cupcakes!
13 Surprising Things You Didn’t Know Your Disney World Hotel Can Do For You »