Disney World’s top dining spots have been vying for your foodie affections in our official DFB Table Service Restaurant Throw Down which kicked off recently! 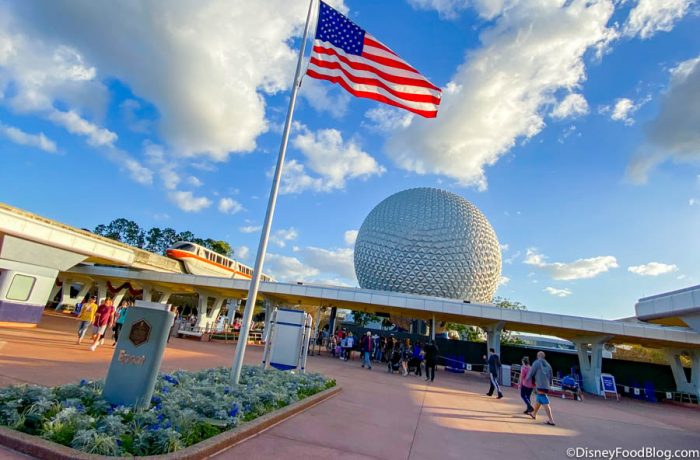 And while we’ve told you how rounds one, two, three, and four have gone down so far — we didn’t tell you how CLOSE some of these big brawls were!

Now maybe some of you haven’t been playing along with us in our DFB Table Service Restaurant Throw Down or haven’t been voting live on our Instagram stories (that’s okay, we forgive you!!). But we also know some of you who ARE following along might be curious to see how narrow some of these margins were! (Some were pretty surprising!) 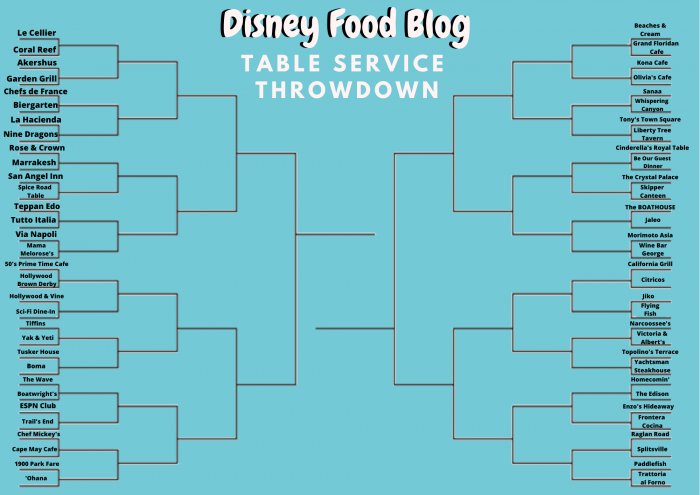 Which Would You Pick If You Could Only Choose One Disney World Restaurant Between These Two Options:

Way back in round one, we thought Tusker House had met its match when it faced off against its Disney’s Animal Kingdom Lodge nemesis, Boma! Just kidding — these two buddies went to safari school together! 😉 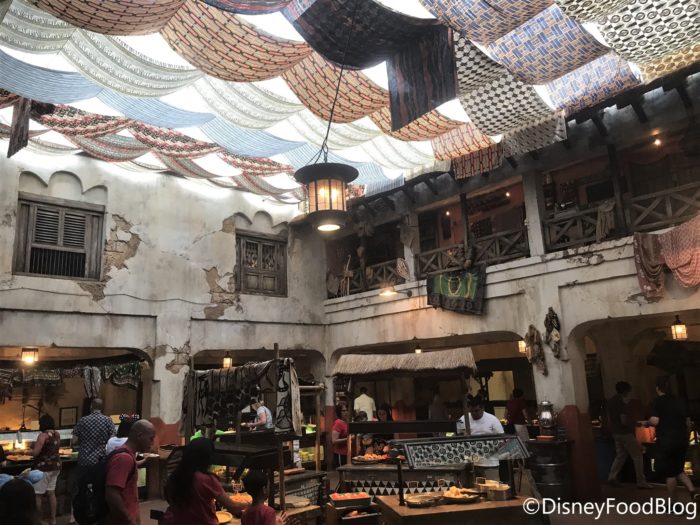 Maybe the appeal of meeting Safari Mickey was just a liiiiittle more appealing than those Zebra Domes??

Click here to see our latest review of Tusker House!

We already know which one our readers chose in this epic clash of Epcot’s World Showcase iconic dining establishments (and we’ll share it with you in a sec!), but do you know which country’s flag you’re standing under — Le Cellier Steakhouse’s Canadian maple leaf or Via Napoli’s green, white, and red banner? 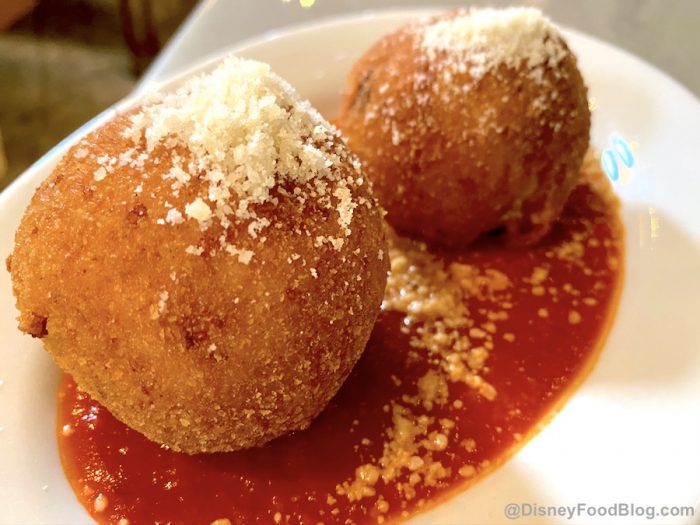 Arancini at Via Napoli

We get it, it’s an age-old debate — poutine or pizza. In this case, pizza won!

Speaking of pizza, check out the tasty pies being cooked up at Via Napoli here!

You’d be hard-pressed to find a more-unlikely match-up than Sanaa vs. Liberty Tree Tavern in our tournament, but believe it or not, these very different styles of cuisine went head-to-head in round two! 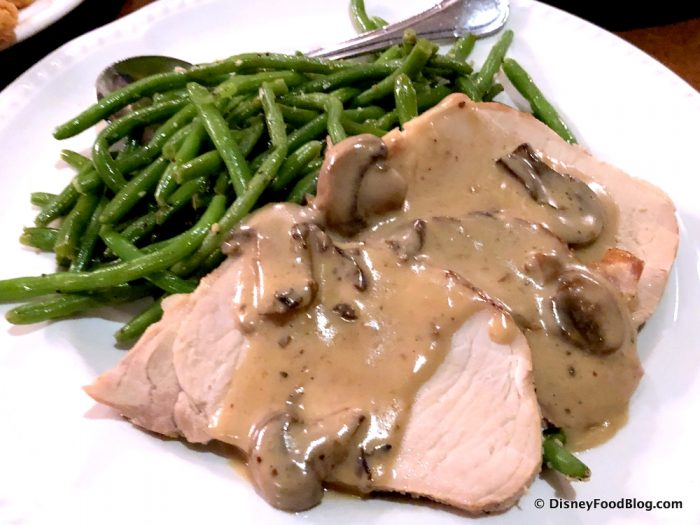 Turkey with Gravy and Green Beans

And out of 29,831 votes, Sanaa received 14,527 votes, and fell to Liberty Tree Tavern which got 15,304 votes by a margin of just 777 votes! We were pretty shocked by these results considering you can watch Disney’s Animal Kingdom Lodge’s wildlife, like zebras and giraffes, while you dine at Sanaa, not to mention they have an incredible Indian-Style Bread Service and African curries to choose from! But we guess Liberty Tree Tavern’s classic turkey, gravy, and fixins were all it took to seal the deal (Oh yeah, and OF COURSE the Ooey Gooey Toffee Cake!).

We can attest to being huge supporters of Beaches and Cream (having lovingly painted several oil paintings of the No Way Jose Sundae that are now hanging throughout our homes. It’s so good, you guys.). But seeing it go up against a savage beast like Be Our Guest Restaurant, we weren’t sure what the outcome would be! 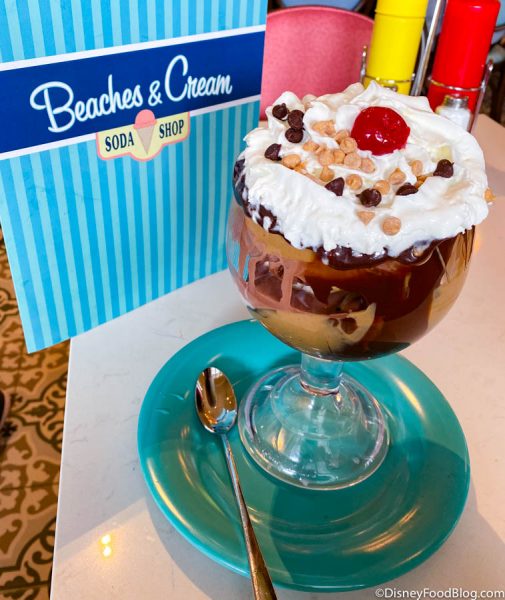 No Way Jose at Beaches and Cream

We know, ice cream sundaes as big (or bigger!) than your head vs a prix fixe 3-course meal. Not a fair fight. 😉

Click here to see why we adore Beaches and Cream (and apparently you do too!)

These were some narrow escapes from certain death and we hope you’ve seen how history almost went the other way for some of these most-beloved restaurants! In the end, one restaurant emerged victorious above ALL OTHERS. Which was it? Gotta click here to see! 🙂

Be sure and check out who our readers crowned the winners of our Disney World Snack Madness Tournament here as well as our Official DFB Counter Service Restaurant Throwdown here!

Are you surprised by the results of some of these close match-ups? Let us know in the comments below!