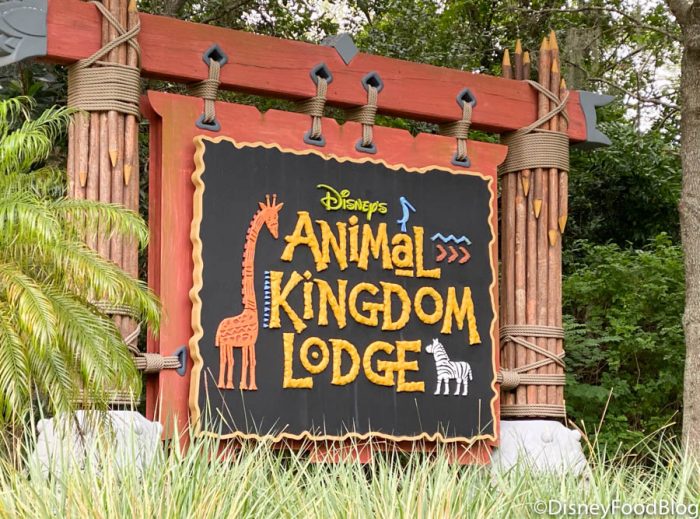 Guests staying at a Walt Disney World Resort hotel still have Disney’s Magical Express available as a complimentary transportation option to and from the Orlando International Airport even during this initial reopening phase. However, a modification has been made to the service that we thought future guests will certainly want to know.

Under typical operations, Disney’s Magical Express offers guests the ability to have their checked luggage delivered directly from the airport to their Resort hotel room. However, according to an update on the Walt Disney World website, starting Thursday, July 16, 2020, “Disney’s Magical Express service will not be providing luggage delivery service for those arriving to and departing from the airport.” 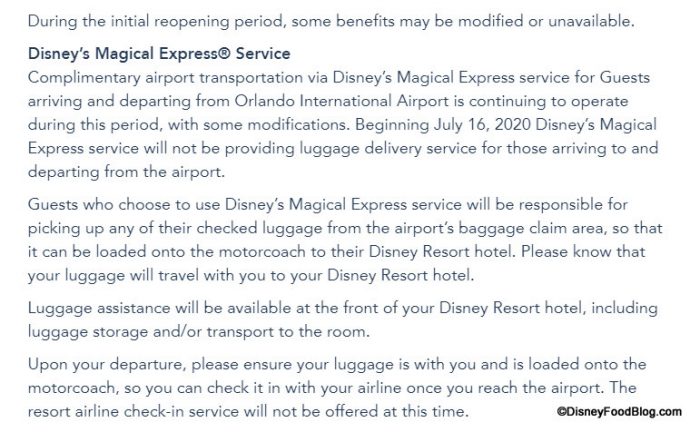 This means that guests who use Disney’s Magical Express service will be responsible for picking up any and all of their own checked luggage from the airport’s baggage claim area. Then guests will carry their bags to their designated motorcoach where the driver will load them onto the bus to their Resort hotel. (Luggage will travel with the guests on the same motorcoach.)

Upon arrival at the Resort, luggage assistance will be available at the entrance, including storage of luggage and/or delivery to the room.

Guests will also retain their own luggage for departure, and it will likewise be loaded onto the motorcoach. Guests will check their luggage with their airline upon arrival at the airport. (Resort airline check-in will not be offered “at this time.”)

Note that, on the Walt Disney World website, this statement precedes the information: “During the initial reopening period, some benefits may be modified or unavailable.” At press time, there is no information regarding how long the luggage delivery service will be suspended, but if anything changes, we will keep you posted. In the meantime, you can catch up on the latest information regarding the reopening of Walt Disney World Resort by visiting any of the links below.

Do you take Disney’s Magical Express when you visit Walt Disney World? Please let us know with a comment!